dubai-based digital designer jyo john mulloor is fascinated by the intersection between the human body and inanimate objects. his previous visualizations include a set of custom-made human head helmets, and bodily extremities as fleshy footwear, each which use digital tools in the making of surreal scenarios.

mulloor returns with a mashup of faces and footwear, tuning shoes into the manifestation of physical facial expressions. emotions ranging from surprise to terror and laughter are subtly indicated by the shape of the shoe. laces tie up around the female figure’s nose, while the inside of the footwear becomes an open mouth. the digitally manipulated compositions are the consequence of experimentation between the combination of photographic sources of both humans and shoes — the final results of which form surreal, yet strangely familiar versions of reality. 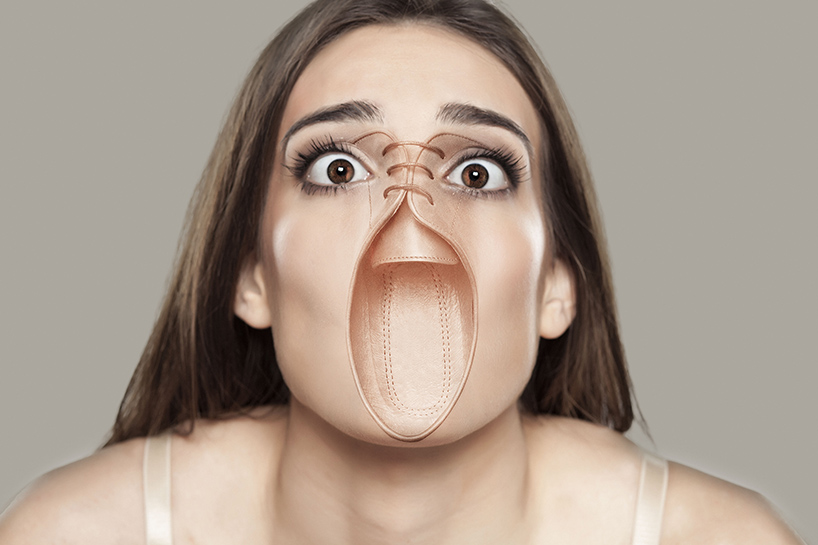 the second emotion in the series indicates surprise 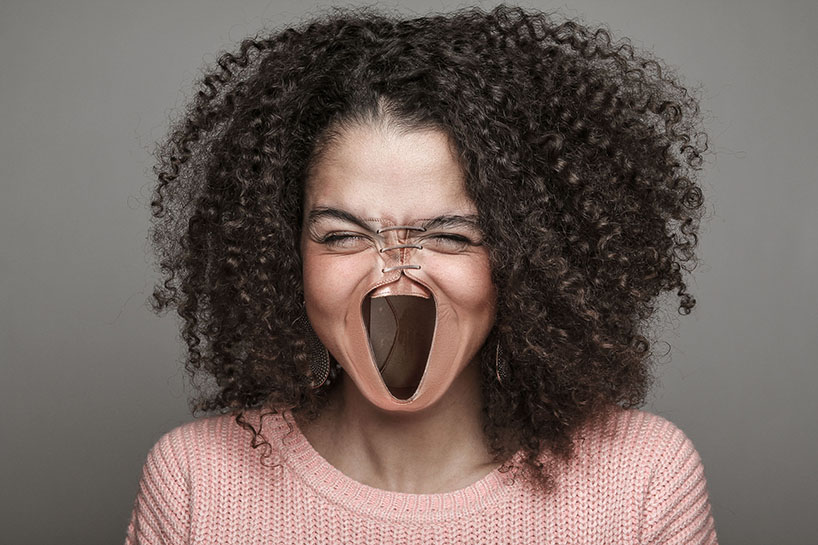 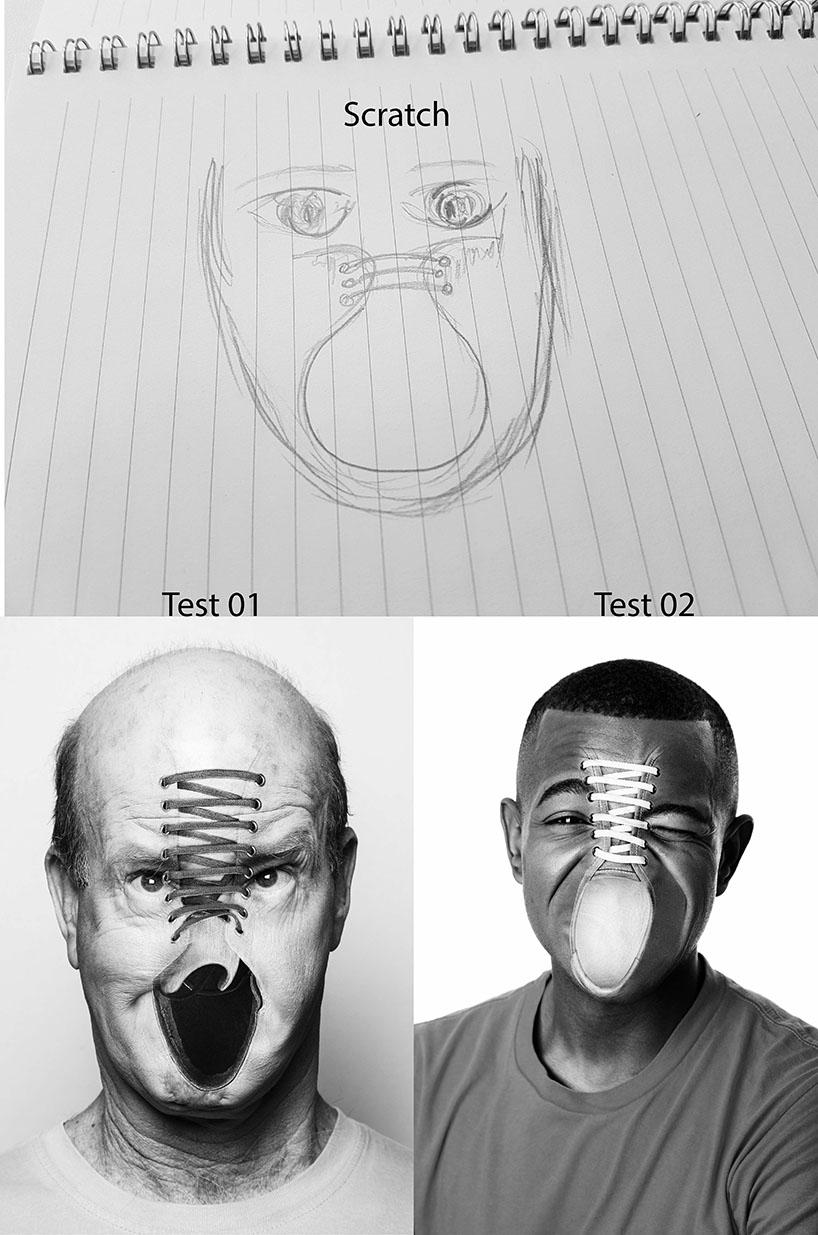 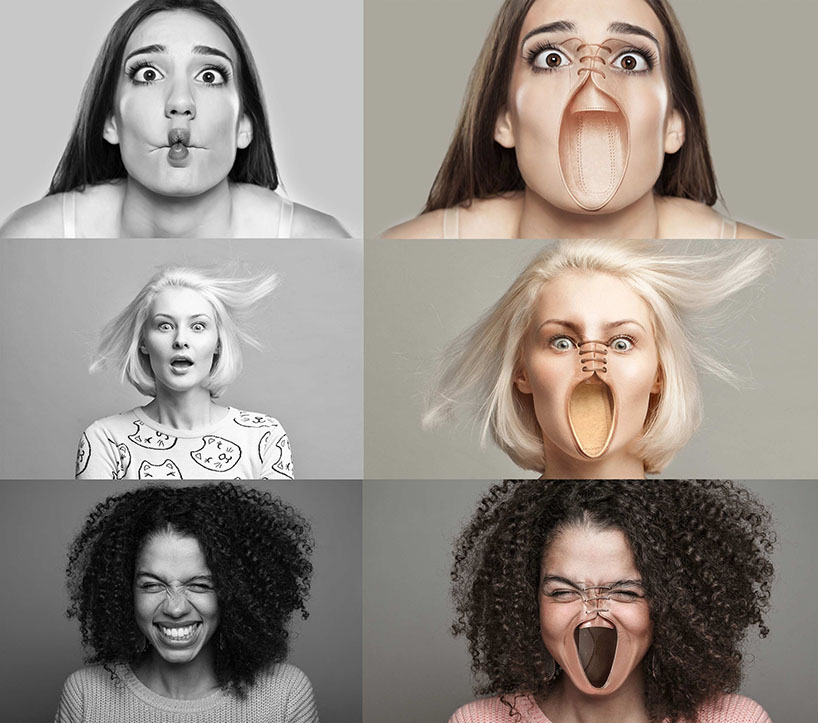 original images versus the digitally-manipulated series