through a small-scale scenographic diorama, interspersed with tiny objects and miniature models, artist kaitlyn schwalje pays tribute to some of the world’s worst tragedies. ‘a stage for the worst of times’ is a miniature theater set decorated with symbols of disaster known across the world. schwalje’s own fascination with these events spurred her to painstakingly handcraft delicate and almost precious figurines in memoriam to their existence, bringing them together as an assemblage of adversity. objects in schwalje’s ‘a stage for the worst of times’ include: faux-zebra and tiger taxidermy, alexander mcqueen’s butterfly hat, whale bones, and models of malaysian airlines 370, germanwings flight 9525, and the space shuttle challenger. portraits of tragic figures — like edith piaf, nina simone, and klaus kinski — are drawn and presented in tiny frames. 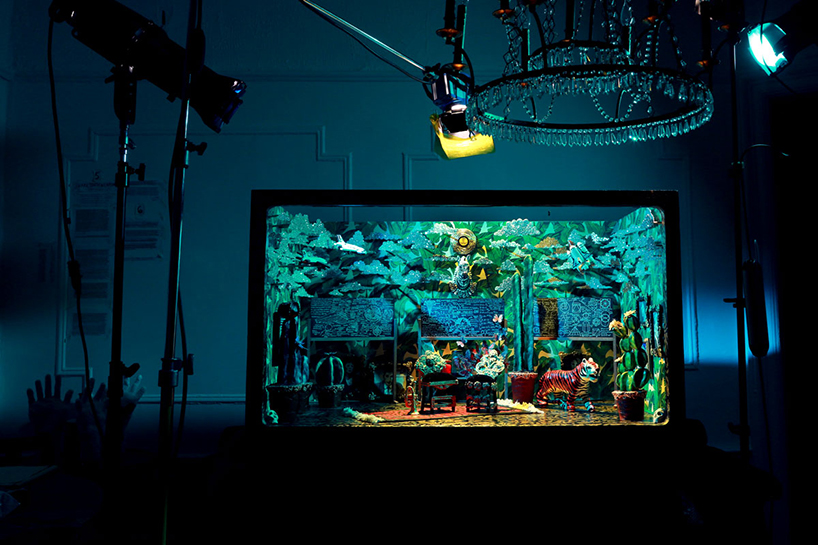 set beneath theatrical pink and blue lights, schwalje’s diorama seeks to commemorate the remarkable aspects of these incidents, rather than merely dwelling on the tragic ones. the artist tells the creators project that ‘the events, artifacts and people depicted in the space are all long held points of fascination,’ and that her father — a safety engineer — had a big impact on the project. ‘we looked at disaster not as isolated events but as products of human systems, believing that the way we fail and the way we react to failure speaks to our beliefs and behaviors. we liked to think of ourselves as disaster anthropologists instead of gawkers.’ 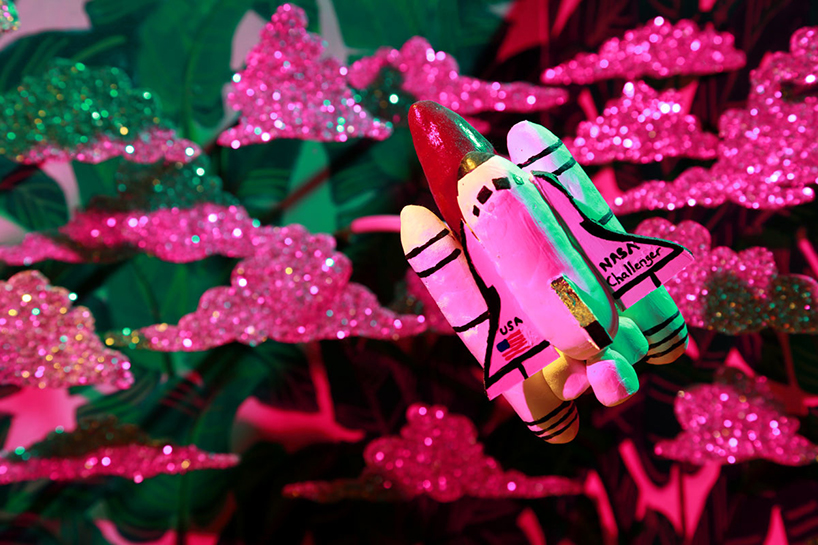 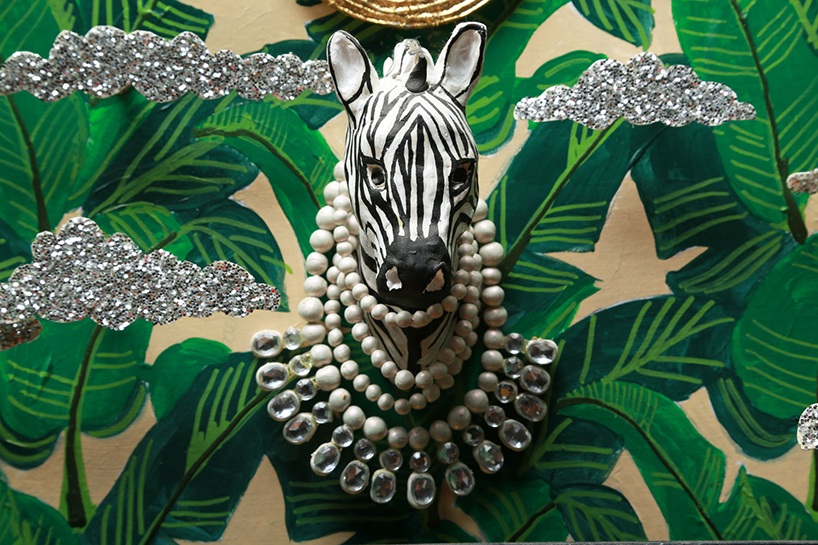 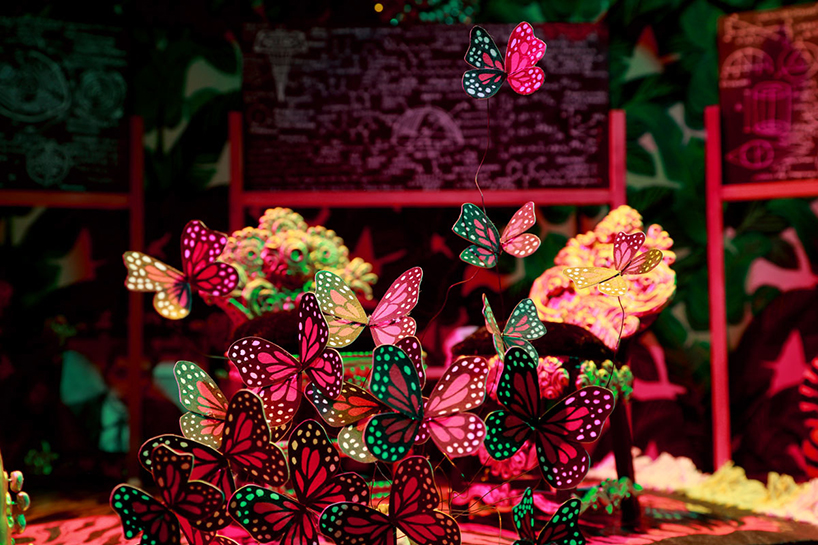 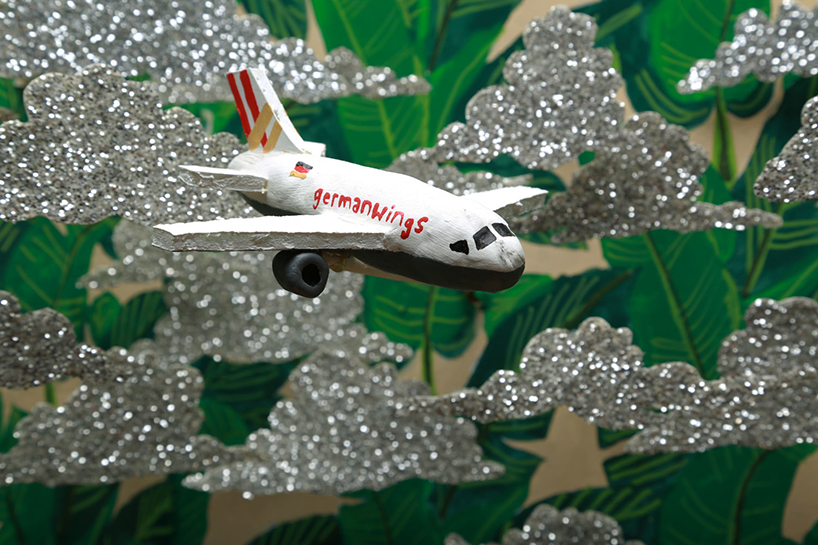 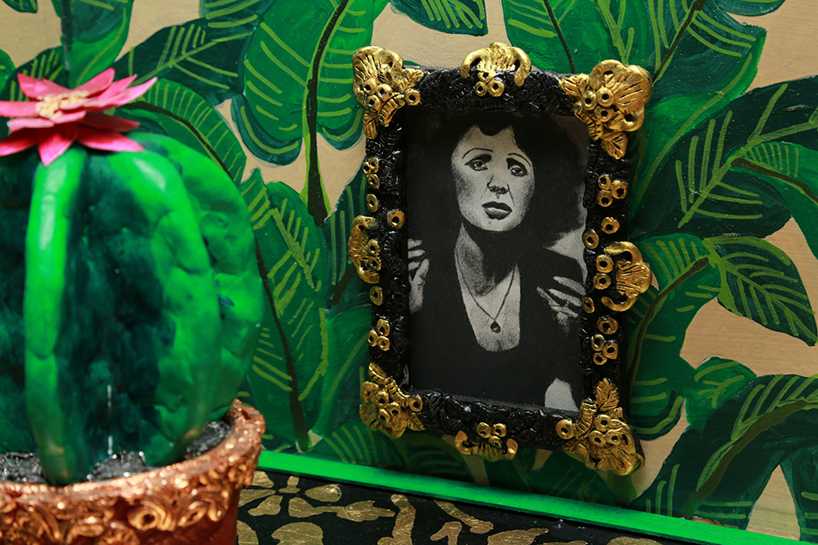 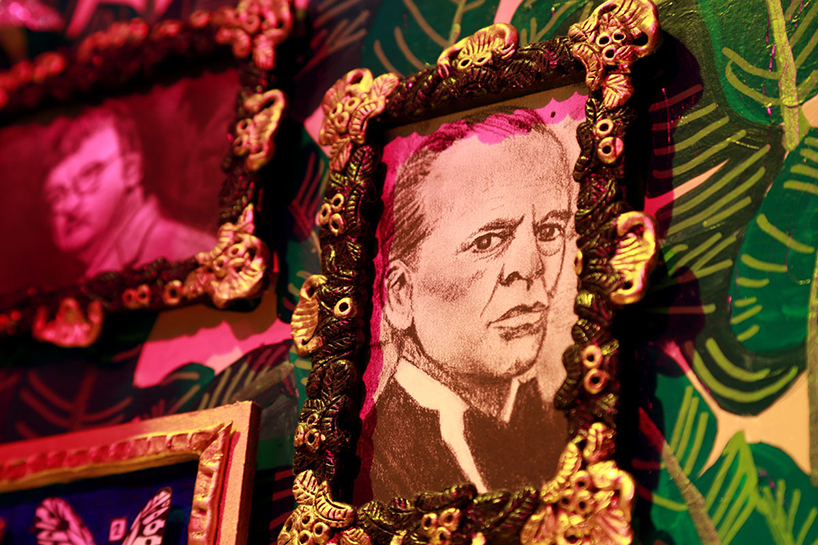 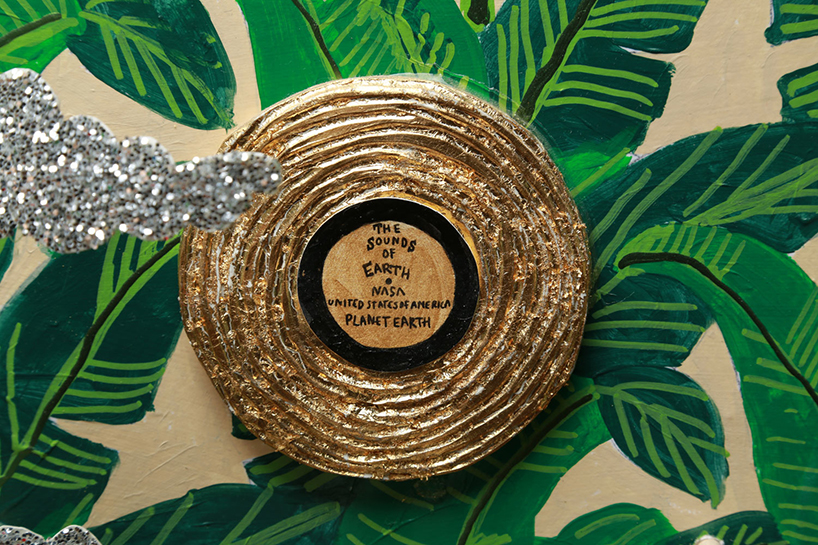 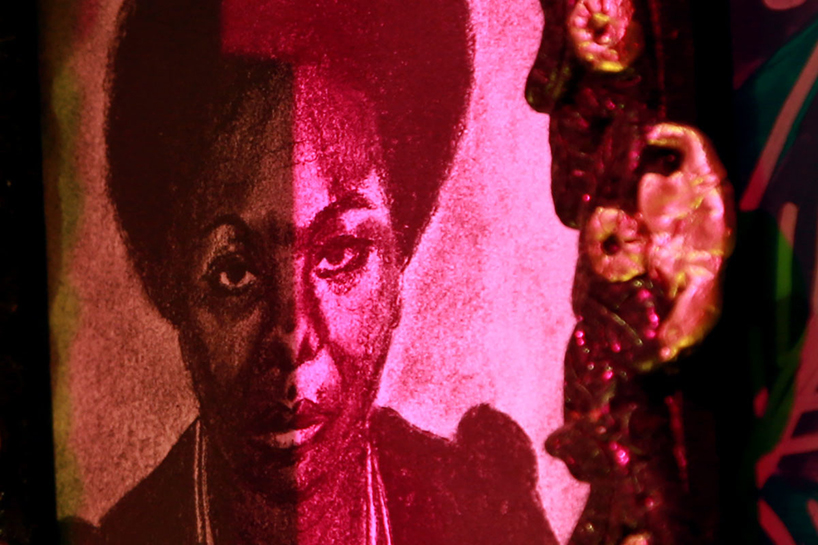 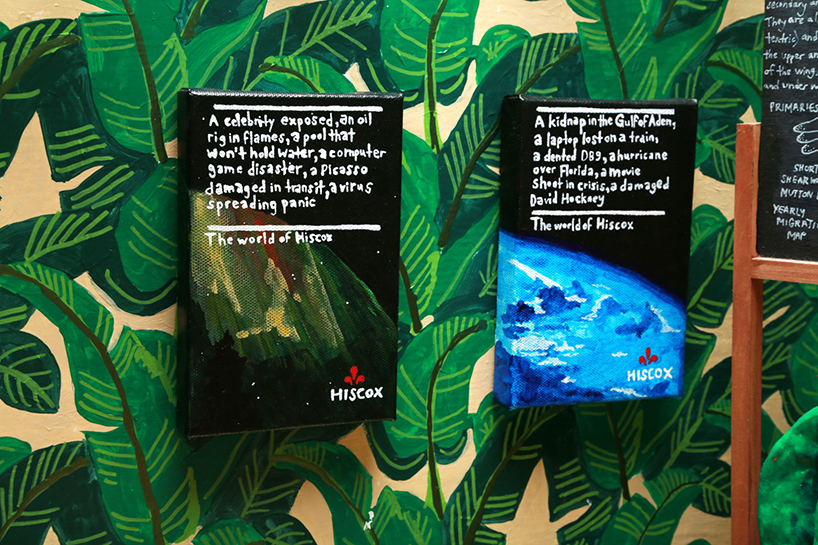