germany-based artist eduard horn pays homage to his childhood heroes with the ‘kaleidocomix’ series, uniting the favorite graphic novels of youths and adults alike with the colorful motifs created through kaleidoscope viewing chambers.

the cult-like, almost religious connection many people share with super hero universes is communicated through the images’ stained glass window effect, revealing themselves as vibrantly-toned, intricately patterned church window panels. well-known characters from marvel and DC comics like batman, superman, cat woman and flash are inversed, multiplied, mirrored and spun into mesmerizing mashups that give a novel quality to the original illustrations. as hair, body parts, costumes and crests intermingle and intertwine, one can’t help but relate the digitally enhanced drawings to the ever changing identity and multifaceted personalities of comic book characters and creatures. 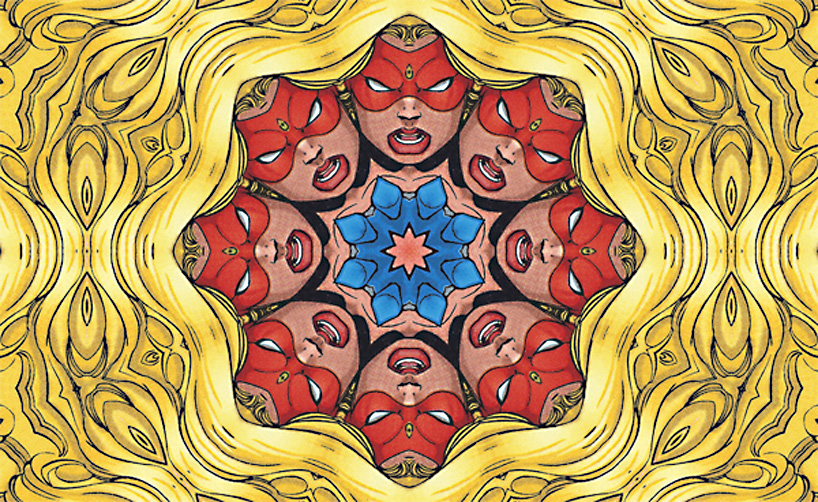 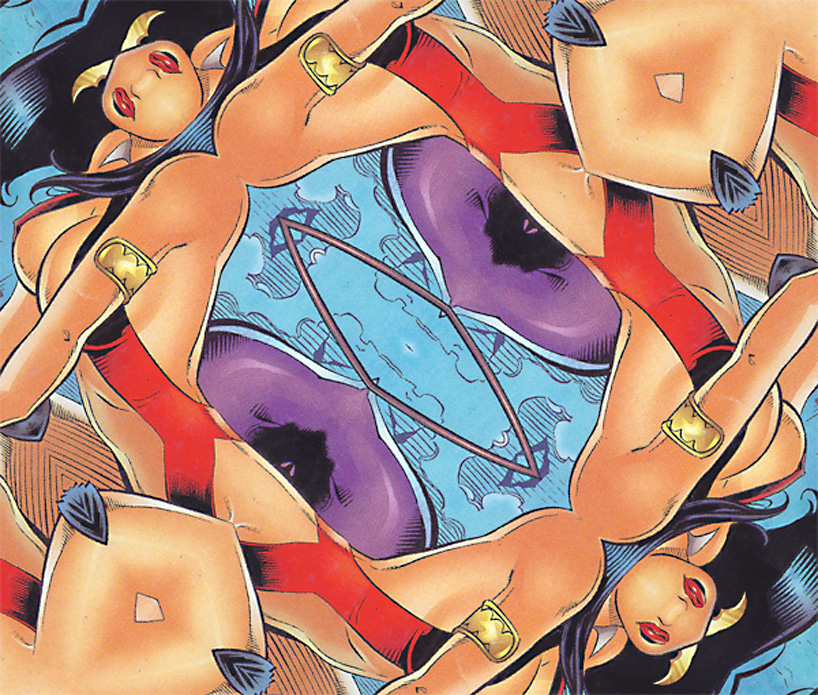 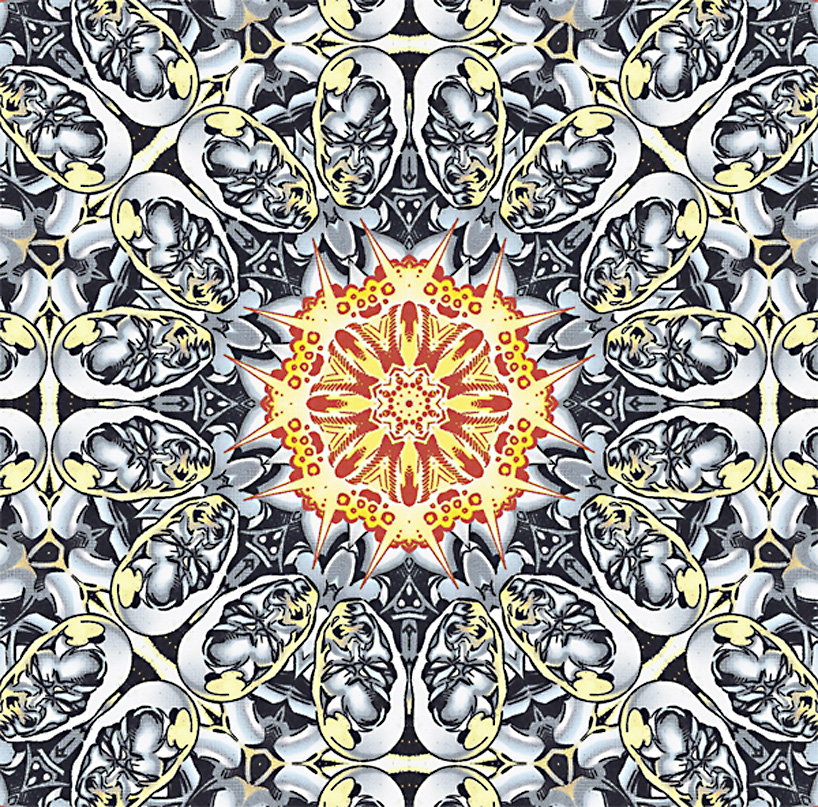 motifs from comic books are reinterpreted into spiraling kaleidoscopes 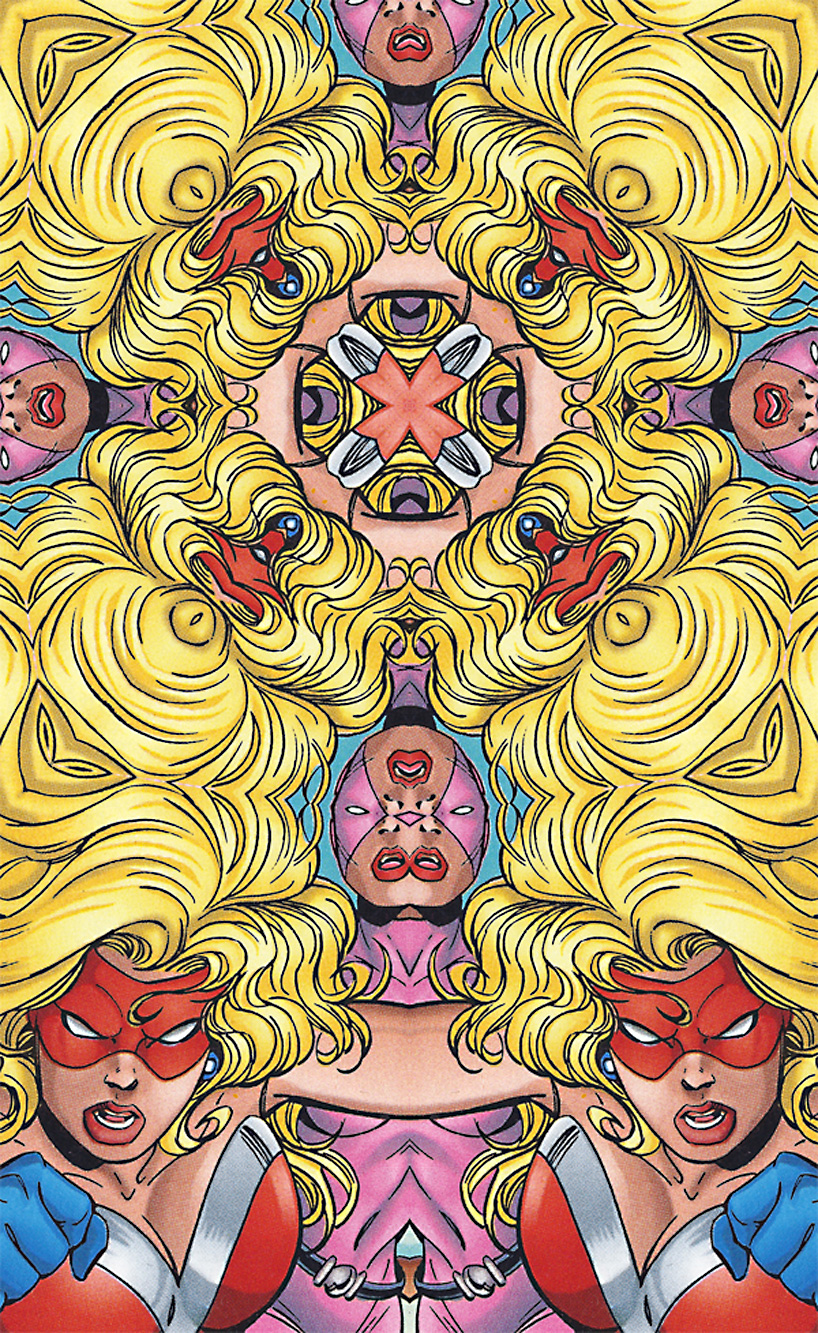 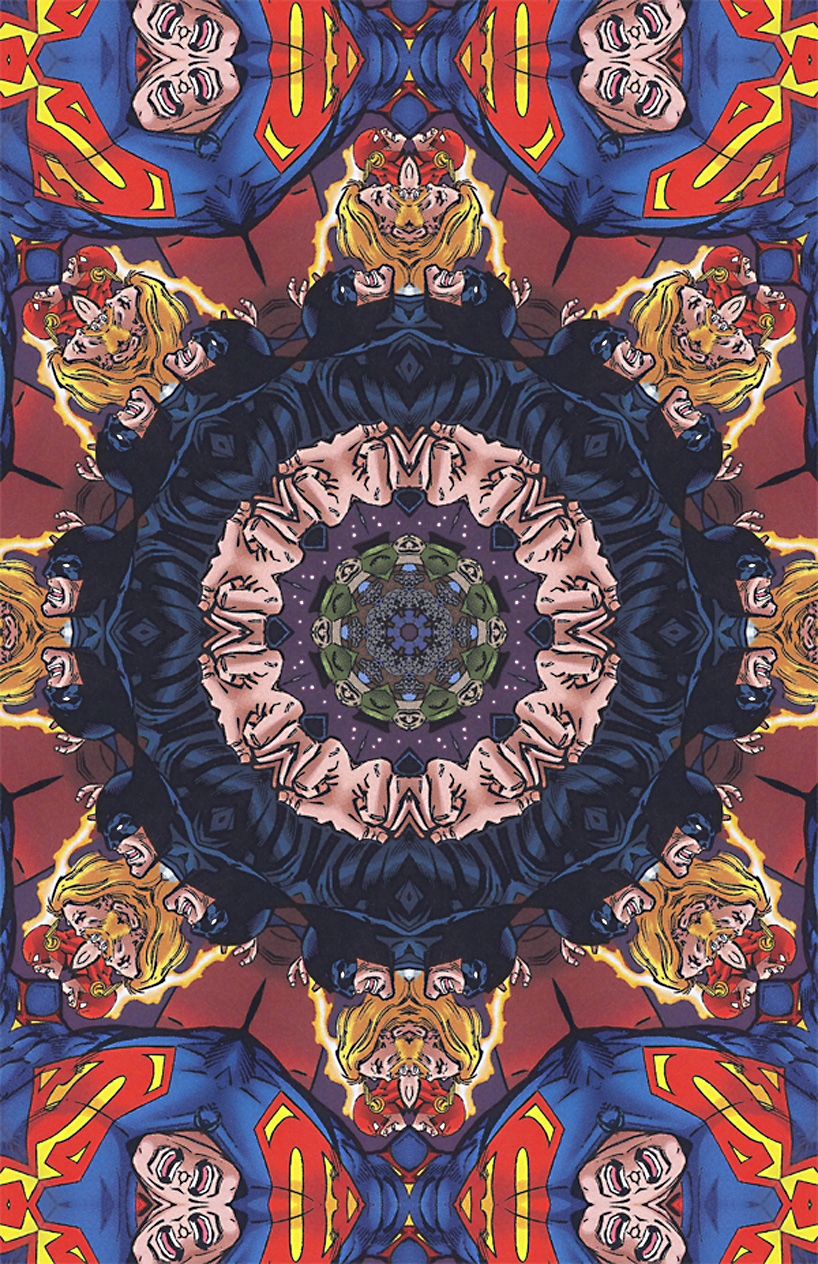 superman meets batman and flash in this superhero mashup 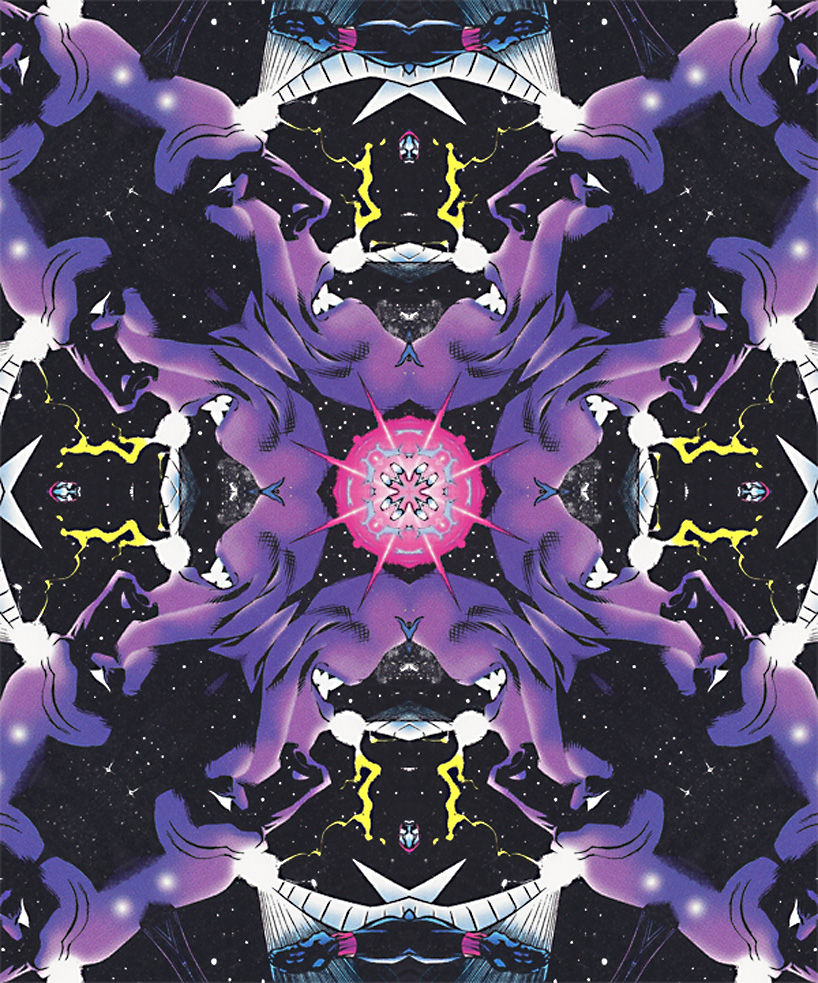 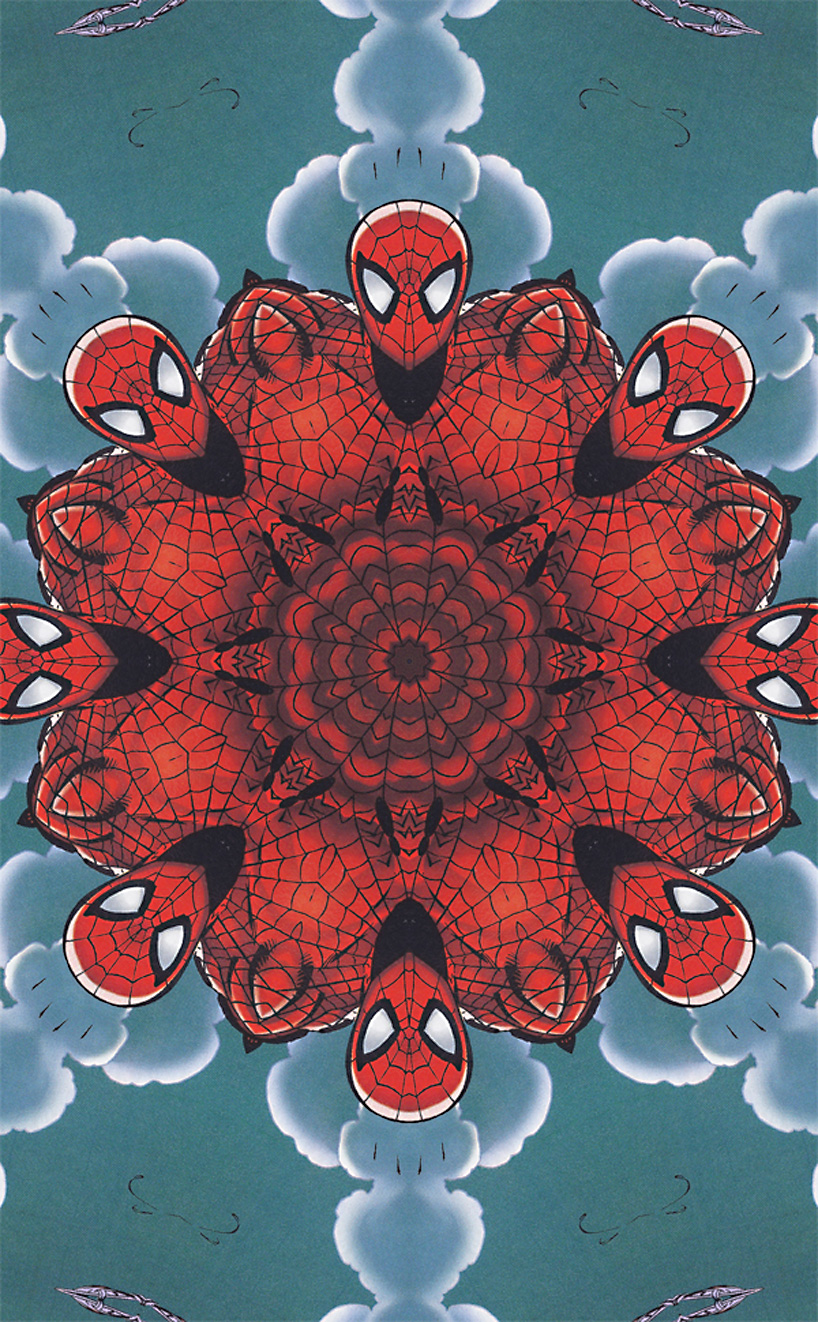 spiderman spirals into a kaleidoscopic creation 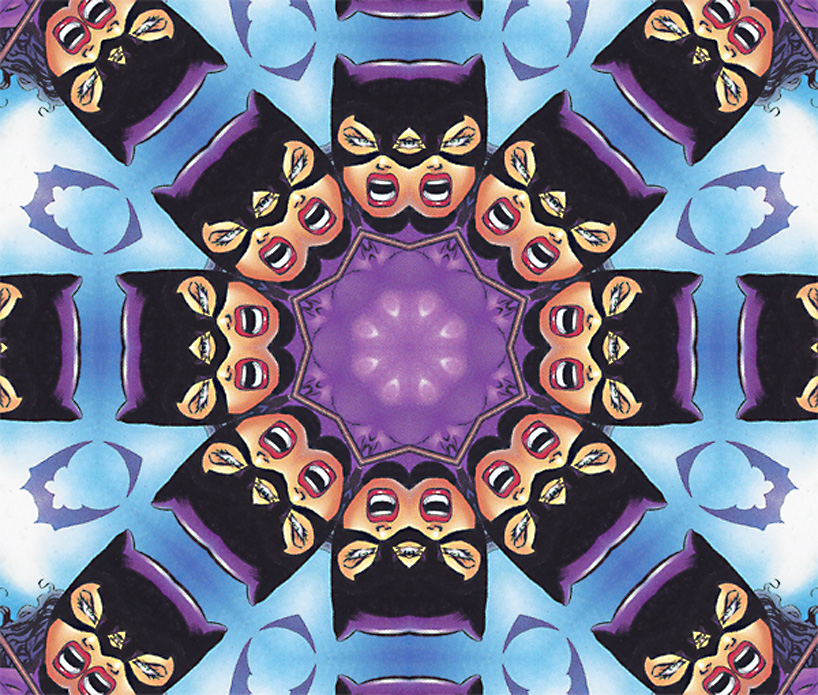 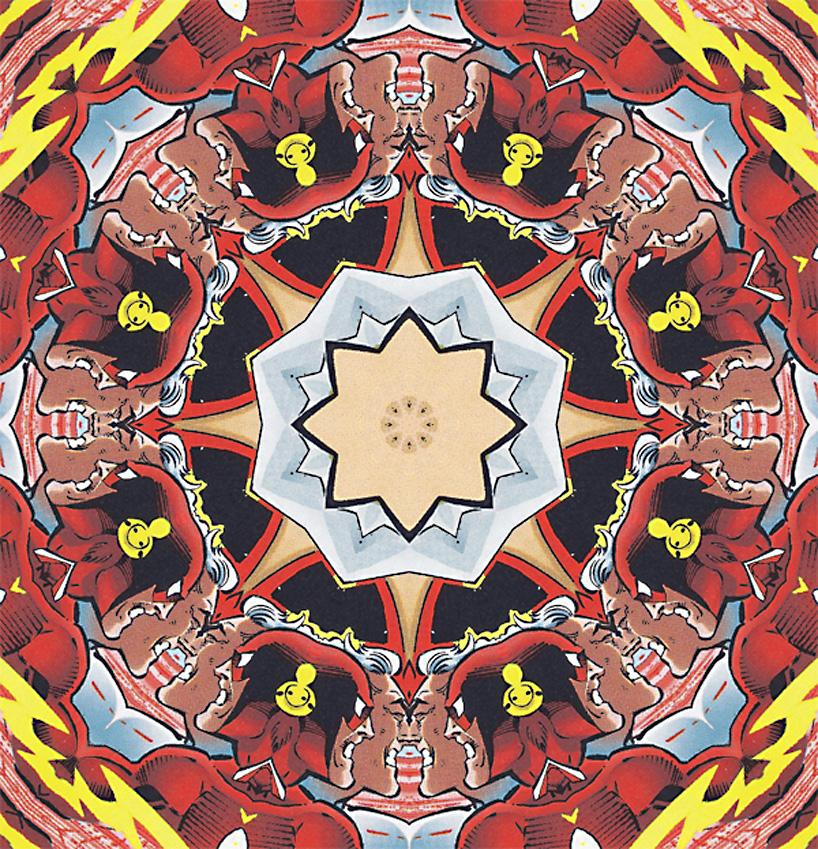 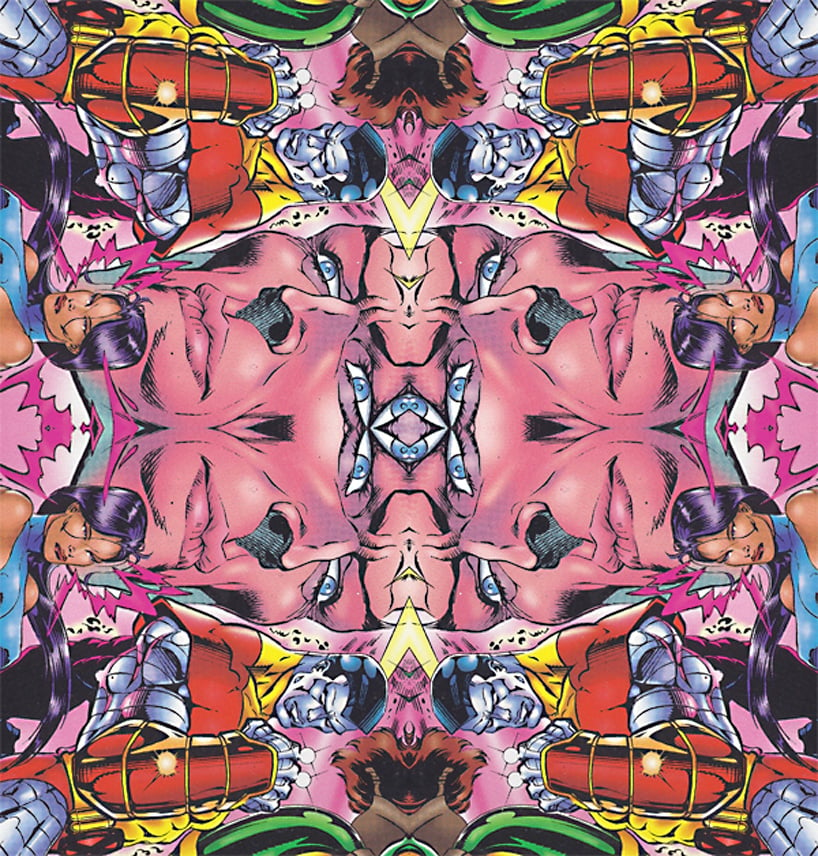 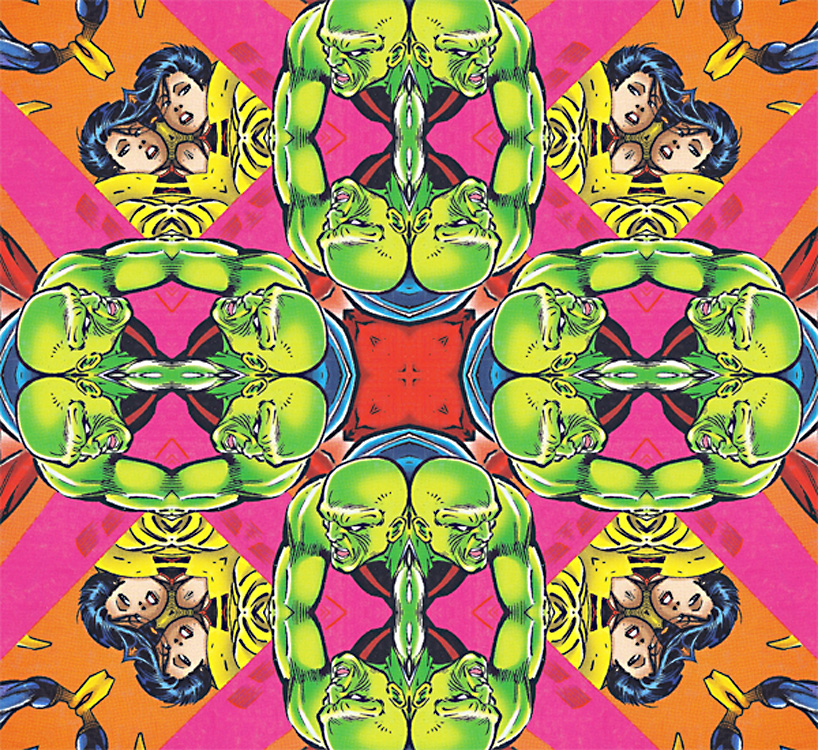 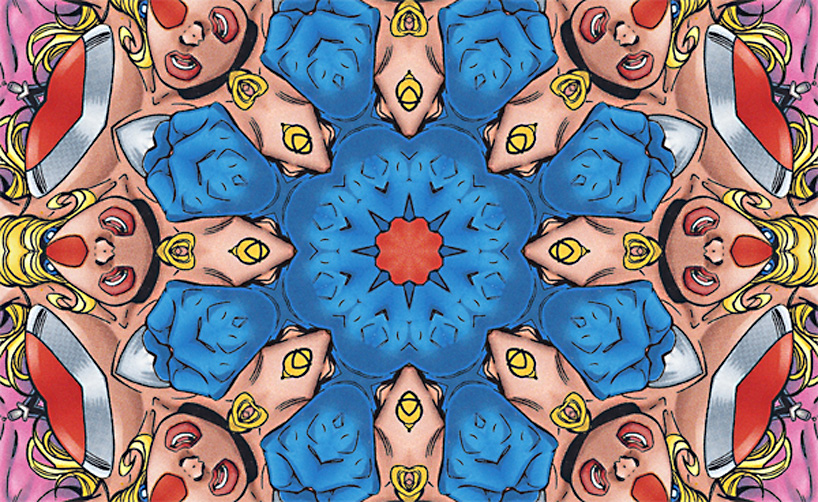 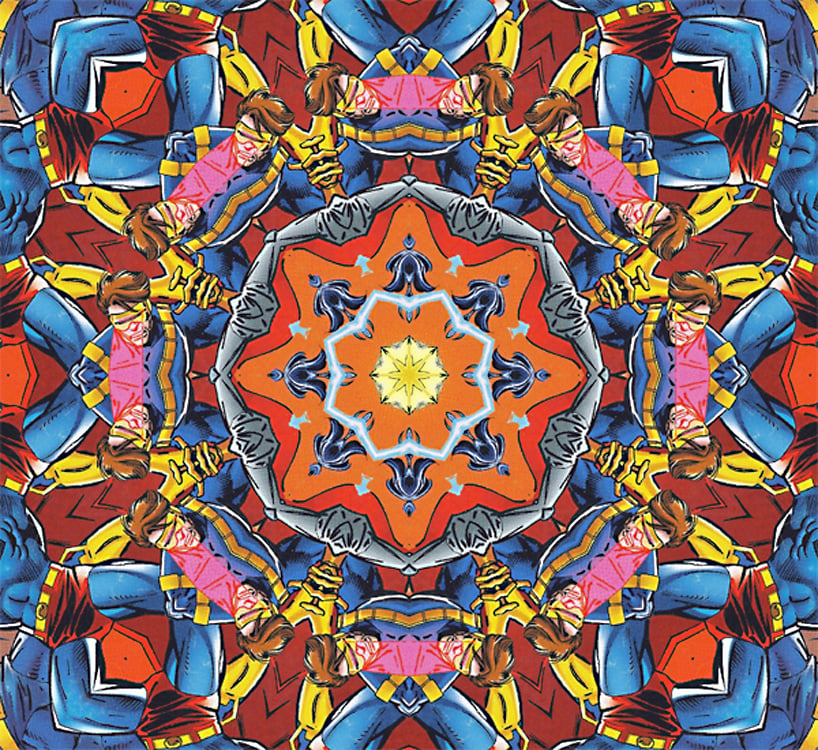 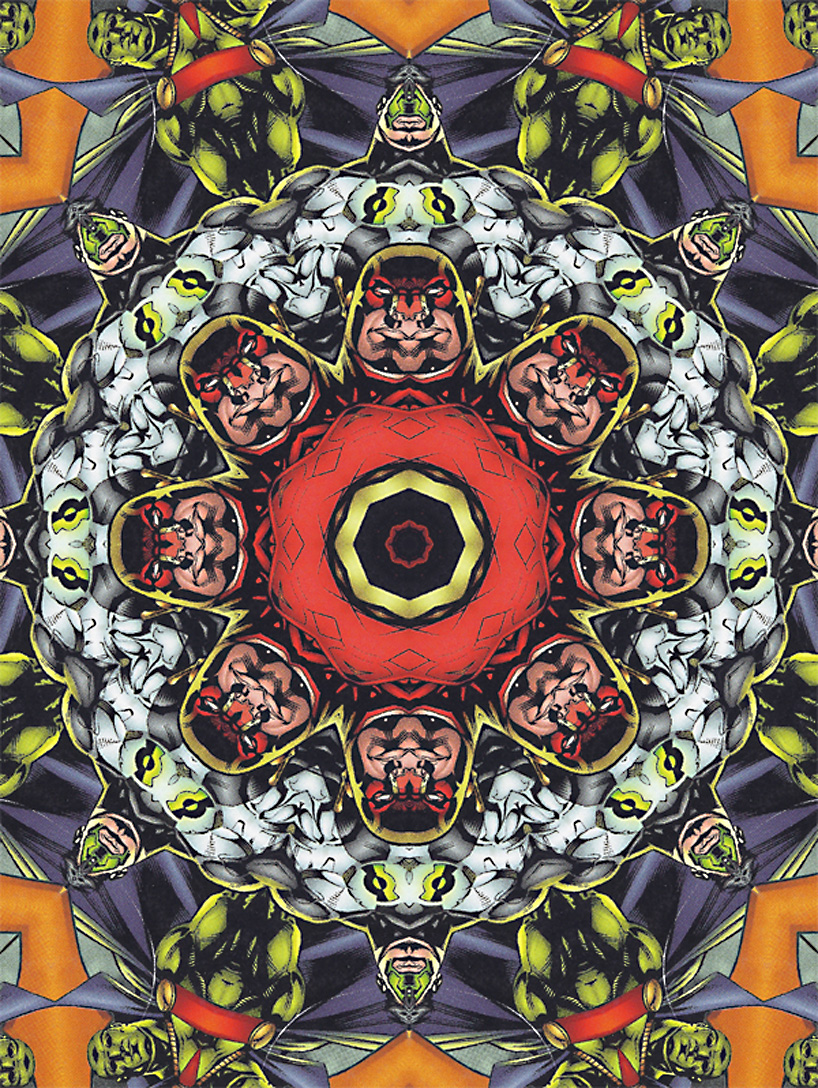 characters and creatures are mirrored, inversed, flipped into novel interpretations of the original illustrations