kid cudi and kanye west have revealed the cover art for their upcoming joint project, a takashi murakami-designed album cover. the mysterious record in question, dubbed kids see ghosts, is expected to drop on june 8.

the rapper retweeted the album’s artwork today after kid cudi posted it on his own account, crediting the work to japanese contemporary artist takashi murakami, known for his signature ‘superflat’ colorful, graphic anime and manga cartoon style. the artist also created the artwork for west’s album graduation whilst not many details are known about the project, according to reports it will release with a short film by music video director dexter navy. 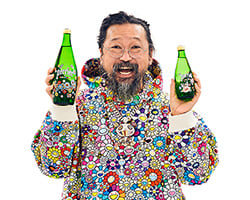