a satirical illustration from the COP 15 on world climate issues by karen sunvisson, 2012

— designboom caught up with swedish-born, now paris and belgrade-based, freelance illustrator and graphic designer karin sunvission at the start of this month, speaking with the artist about her photo-realistic and surrealistic dystopian portfolio. —

designboom: which technique do you prefer? how do you choose your themes, subjects?

karin sunvisson: in general I do illustration to order, and therefore the image is defined by the nature of the subject I am illustrating. so is the technique, to some extent; an idea might totally change of message depending on what technique is used. I try to be attentive to that, and on the whole I am very careful about what I am saying with my illustrations. three fourth of the work consists of doing research to make sure I fully understand the subject. when I work on my own stuff I mostly do realistic drawing because I am interested in the sort of pseudo documentary aspect of it. I almost never use a rough drawing or an original, I like to pimp them up a bit with some synthetic computer made elements or surfaces to balance the somewhat uptight or dull appearance of this sort of realistic drawing. 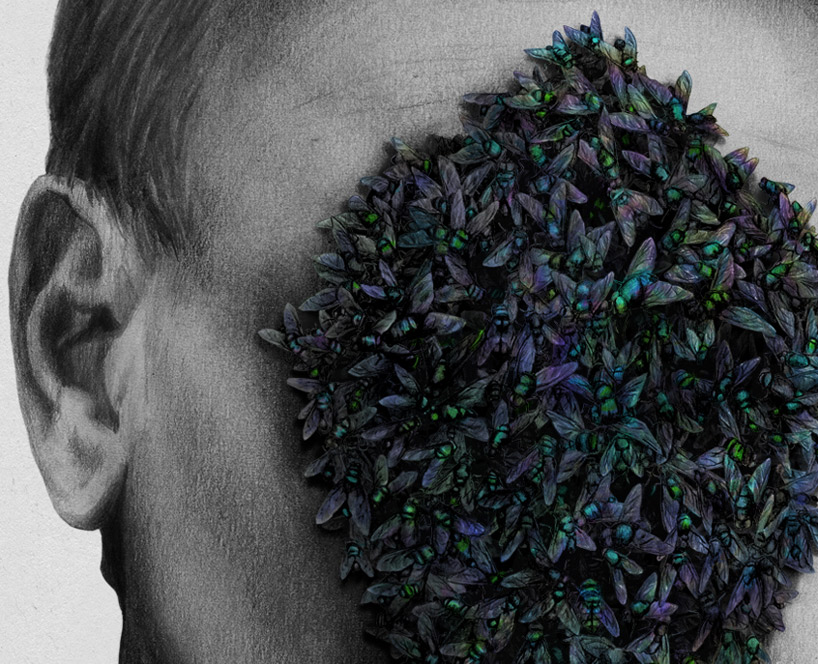 a detailed perspective of one of five COP 15 satirical drawings 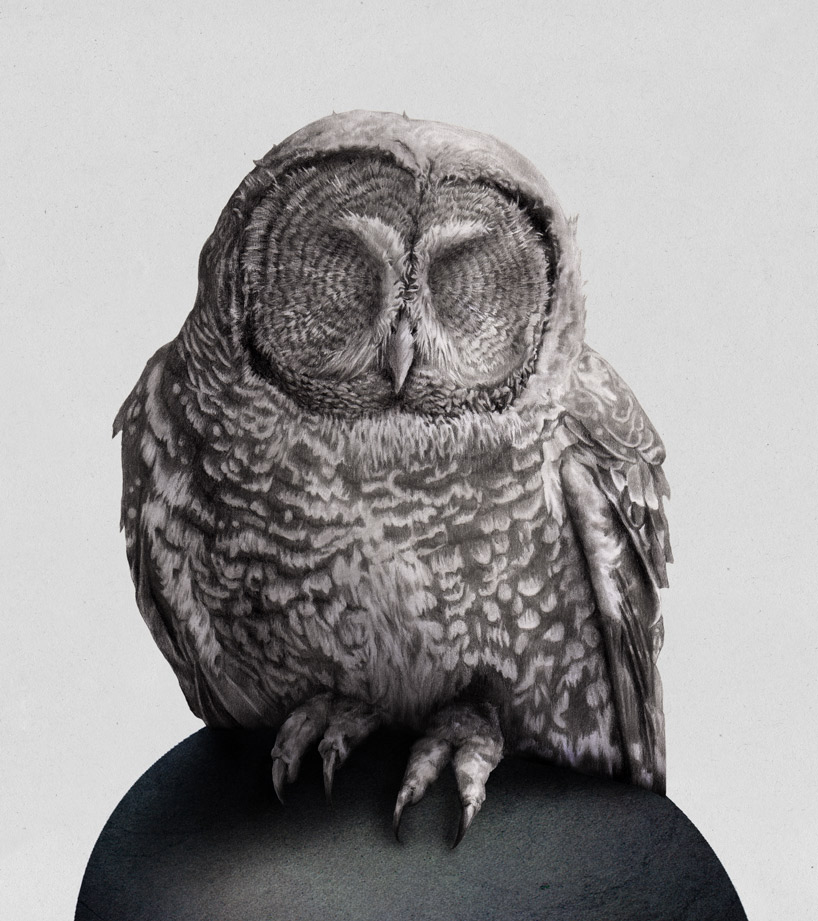 a second image from the climate issues meeting as seen by sunvisson, 2012

DB: what is your daily routine?

DB: is there any artist from the past you have been particularly impressed with?
KS: leonardo, donatello, raffaello, michelangelo. and hamato yoshi. 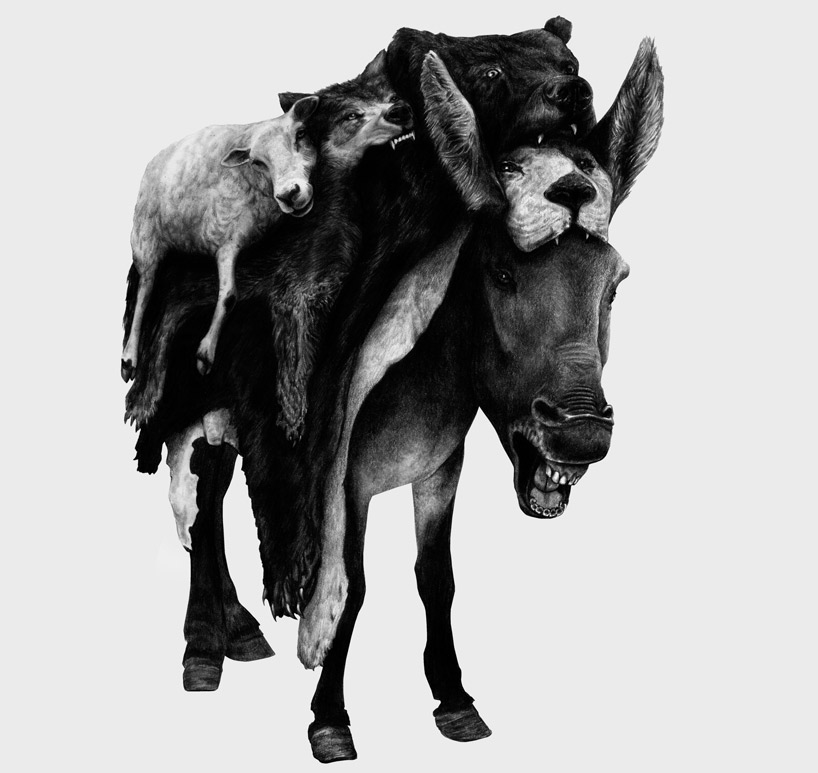 ‘gang bang’ is an illustration for an article investigating the numerous occupants of afghanistan throughout history (british, sovietic, american and now also swedish), providing a sketched representation of each foreign entity’s true nature and particular characteristics. 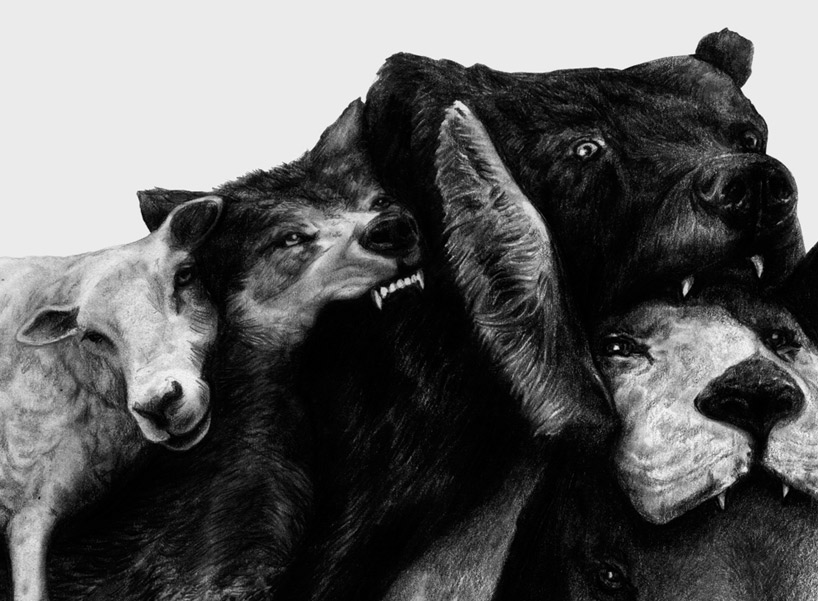 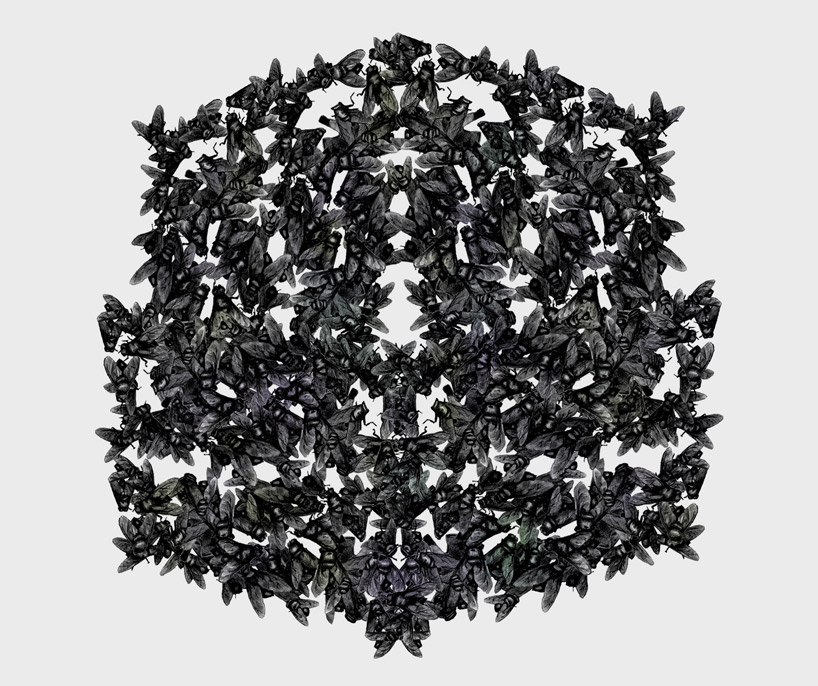 a sketch depicting a mirrored pattern of flies from the series of drawings ‘bad times ahead’, sunvisson’s diploma project on the subject of an upcoming dystopia 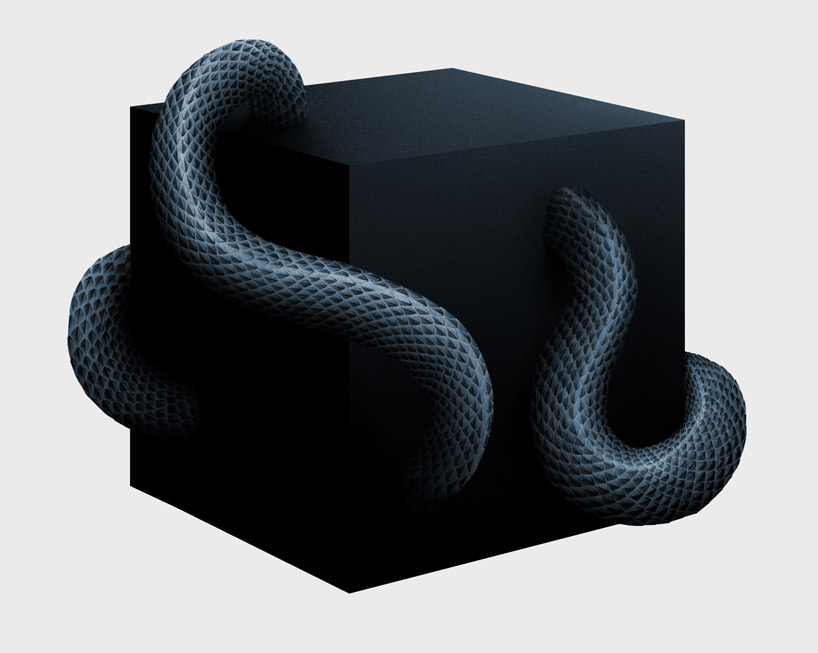 ‘central asian cobra from’ the ‘fauna of the autonomous republic of karakalpakstan’ series, january 2012

the collection of illustrations depict ‘the survival of art and the art of surviving’. sunvisson supplements the series with reportage and analysis on the arts, history and current situation of karakalpakstan. 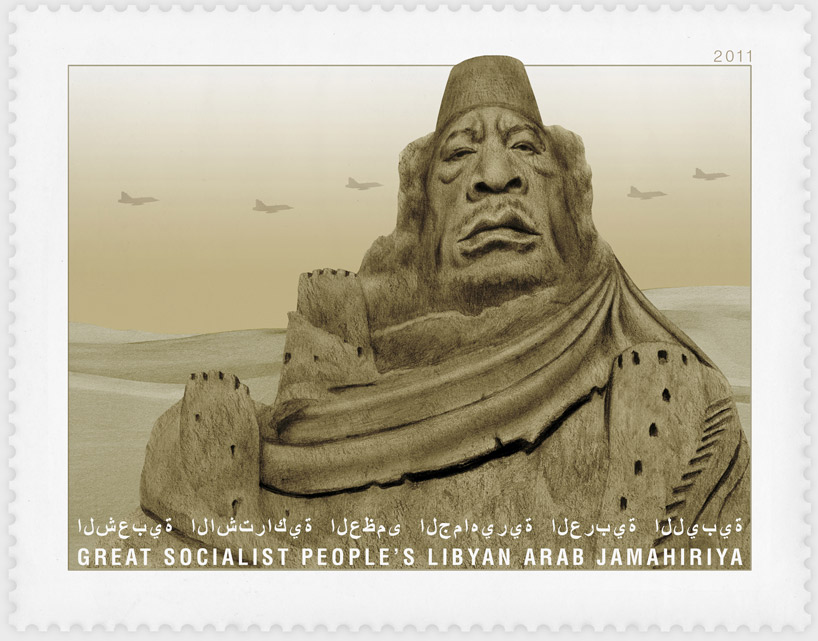 the artist says the series is ‘… an exposition of political illustration on the subject of the revolts in the arab countries’.

DB: please tell us more about your stamp series.

KS: I made this series, ‘don’t forget to send a greeting home (lick in the back)’, for a touring exhibition on the subject of the arab spring.  I wanted to highlight another side of dictatorship, one that is not so much about the dictators themselves as about the fact that they couldn’t have stayed in power for so long if they wouldn’t have had the support they did from the occidental world. many of the politicians that today so lively criticise these leaders have been their greatest sponsors. criticise the dictators yes, but also, don’t forget the ones who made their dictatorship possible. 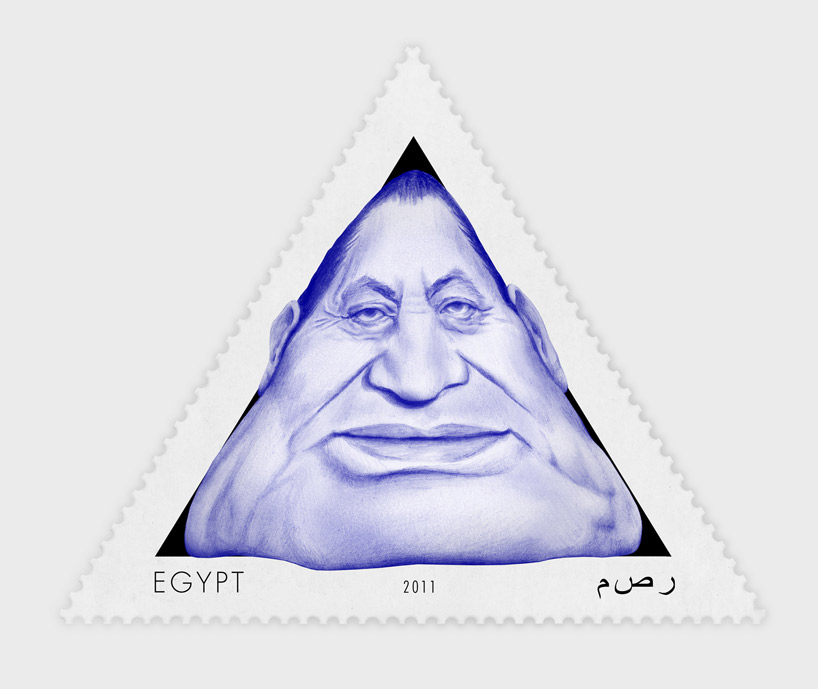 DB: how do you see the profession of an illustrator today? is there an evolution in your work?

KS: of course there are as many ways of working with illustration as there are illustrators, and they all have their own story, so I can only speak for myself. -challenging I would say, on all levels, and I wouldn’t want it any other way. easy makes lazy. as for an evolution, it’s one step backwards and two forwards, sometimes the opposite. as long as there is some movement I am satisfied.— DESIGN-AEROBICS – GRAPHIC DESIGN 2012 ONLINE COURSE – STARTS MAY 17 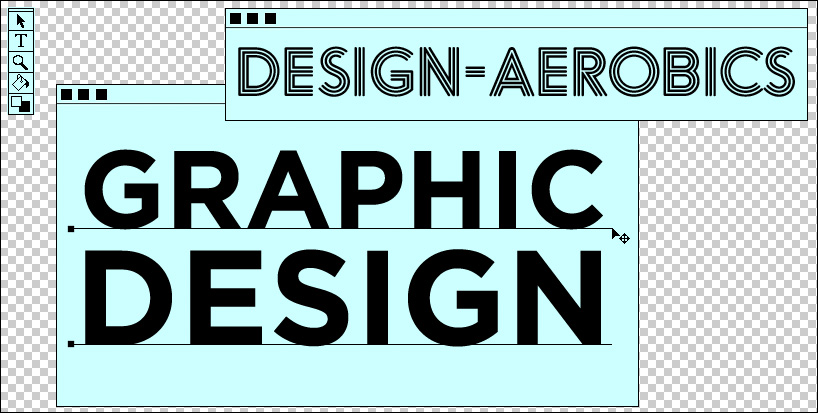