danish photographer ken hermann and british art director gem fletcher’s project ‘bökh’ is a short film and photo series which explores the culture of wrestling in mongolia. capturing the vibrant costumes and vast open landscape, the film presents a distanced perspective of the traditional sport. 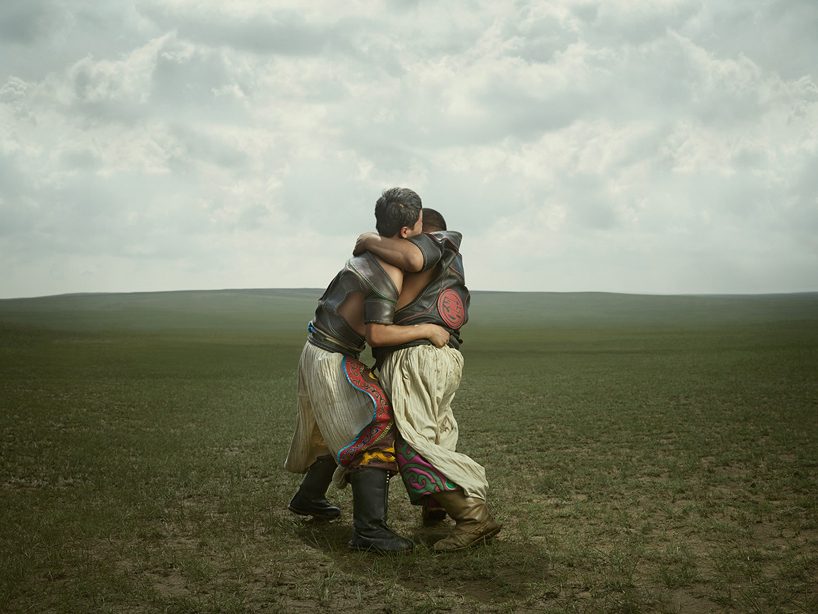 when a boy is born in inner mongolia, his family pray for him to become a wrestler. this ancient tradition is the cornerstone of mongolian culture dating back centuries to genghis khan’s reign when he used it to keep his soldiers battle-ready. khan famously compared wrestling to war, explaining that in both you face enemies who are stronger and more powerful than you, and you must attack. it’s a sentiment these young wrestlers keep very much in mind. 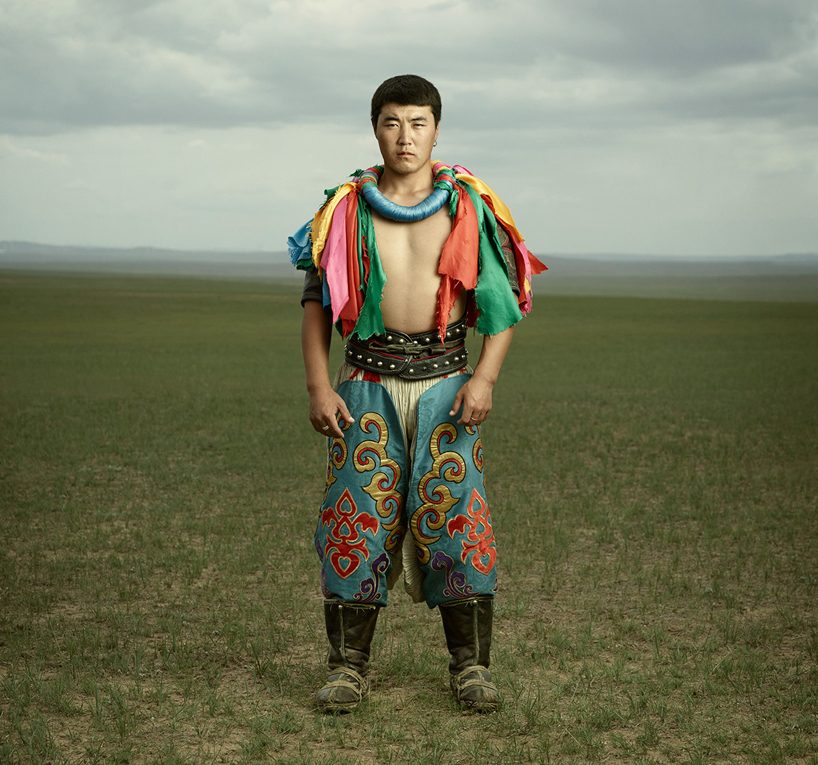 this unique form of wrestling governs status for young men within the community, as it is used as a marker of manliness. the bouts take place in the remote and desolate grasslands, empty to the horizon except for a few scattered yurts and flocks of sheep. ken hermann and gem fletcher’ used this landscape for the backdrop of their project, which allowed the colourful costumes and dramatic dance-like movements to take centre stage. these cinematic visuals as a result allow the audience to marvel and observe the lifts, throws and flips as they unfold within the film. 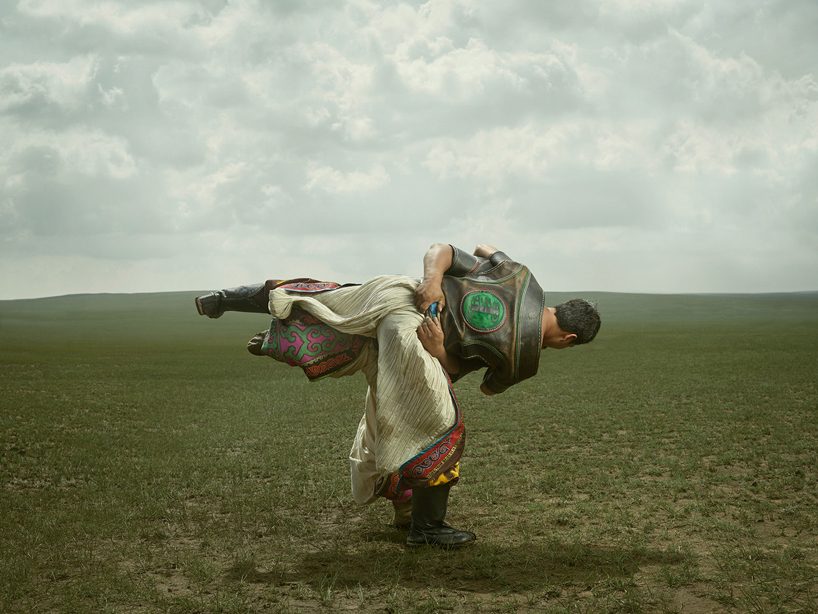 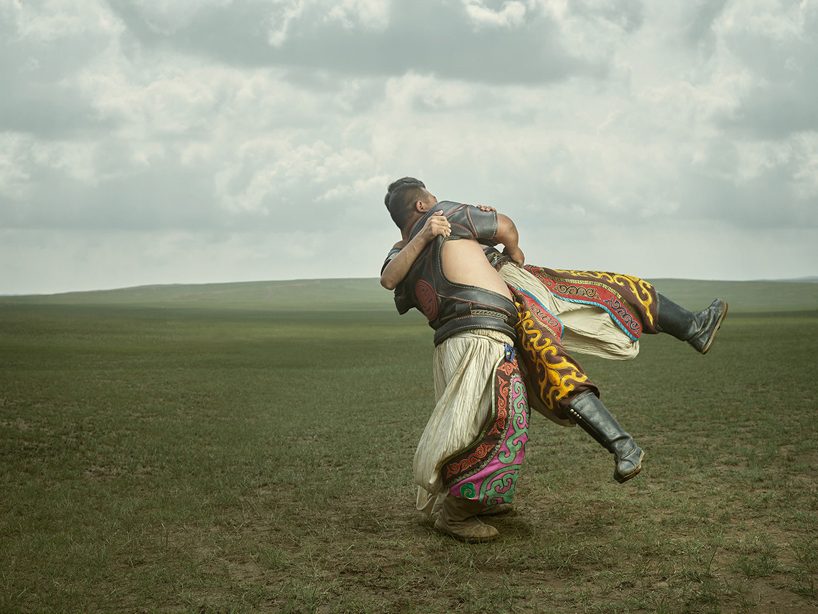 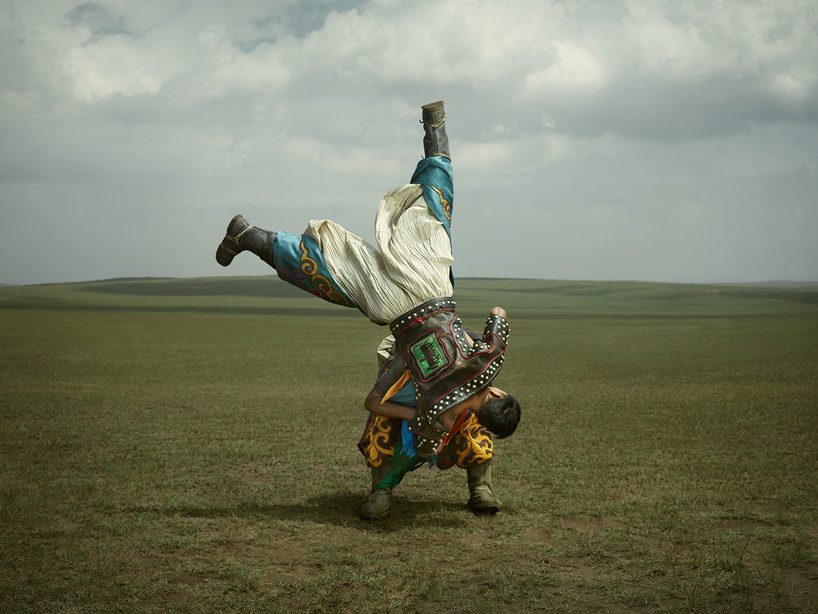 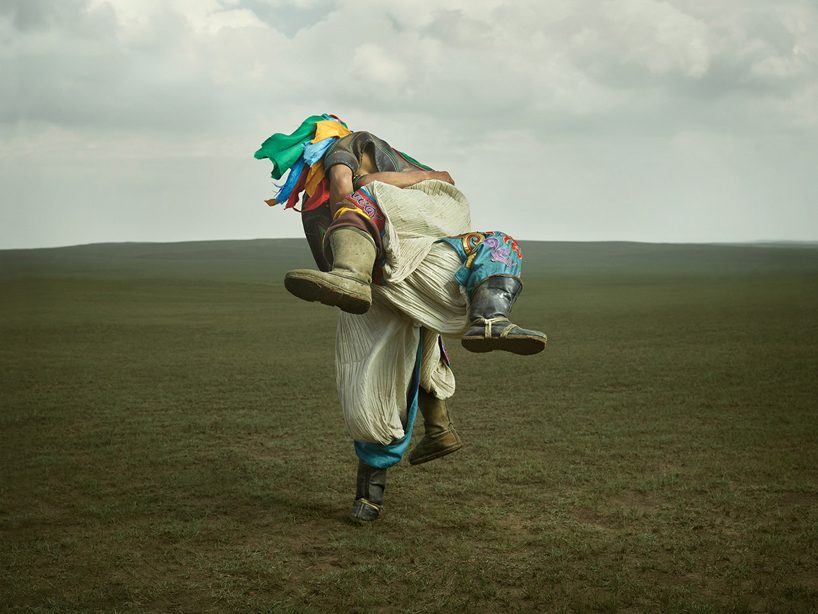 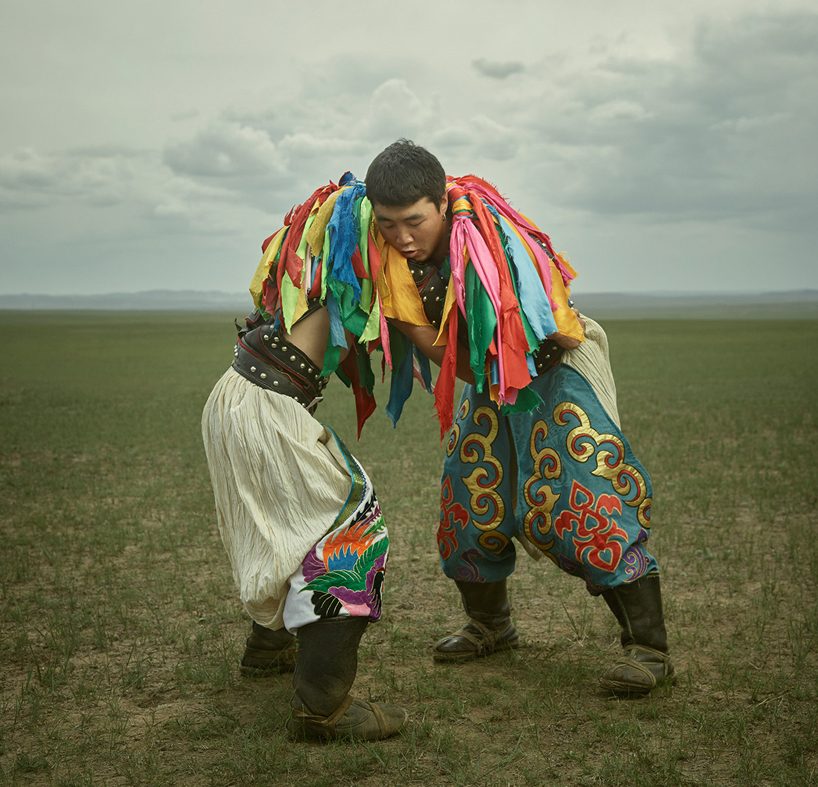 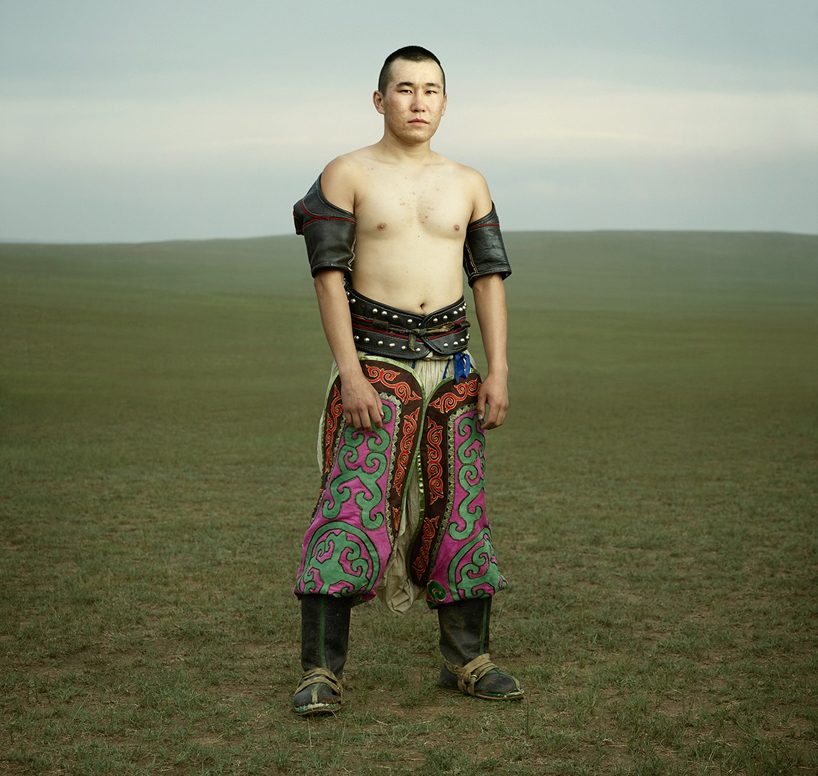 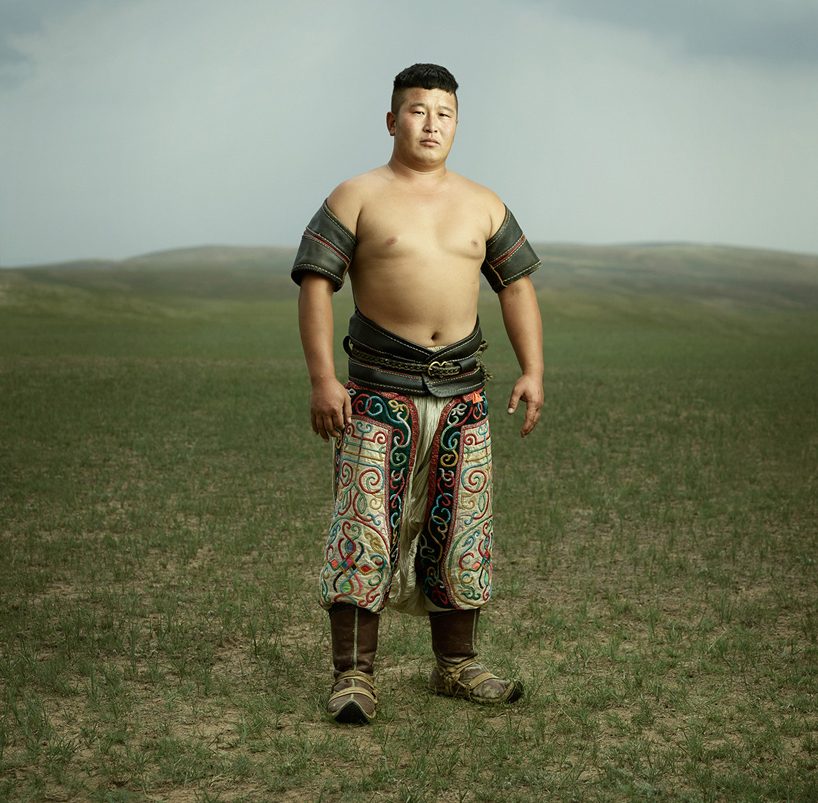 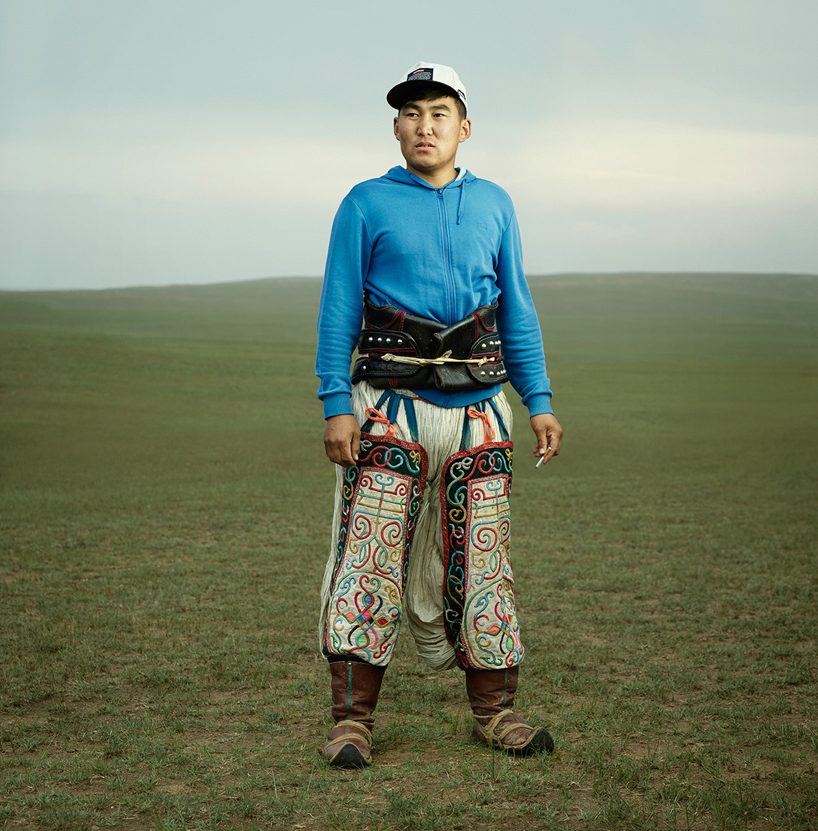 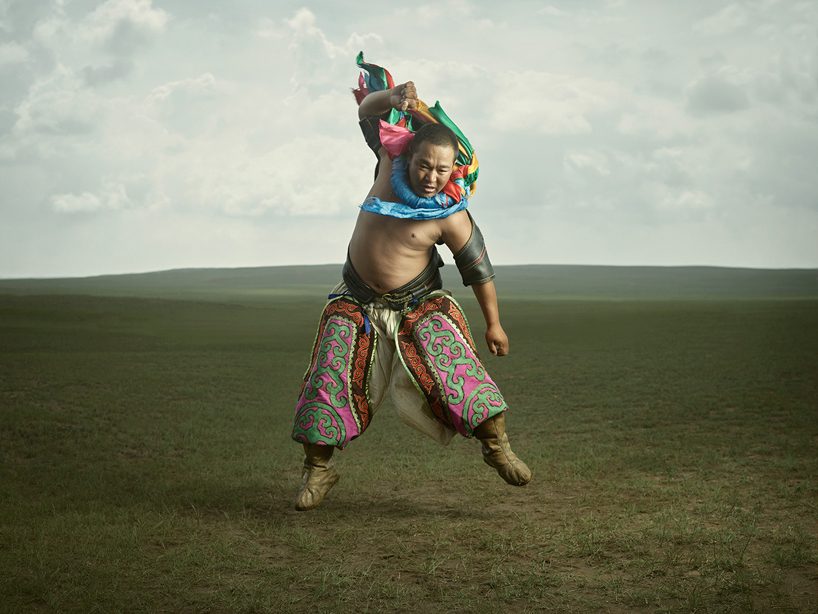 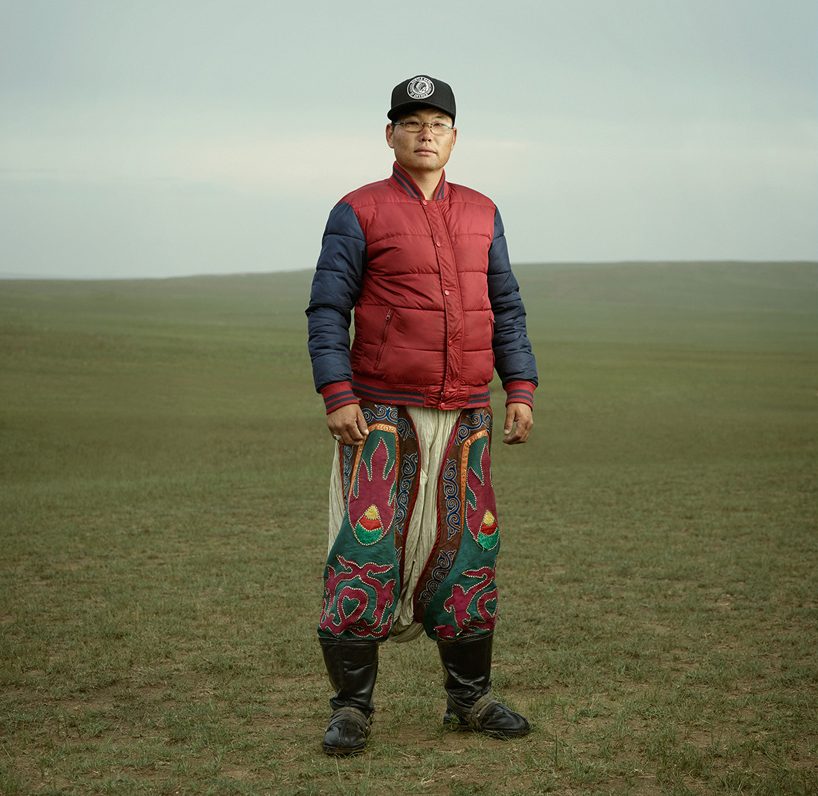 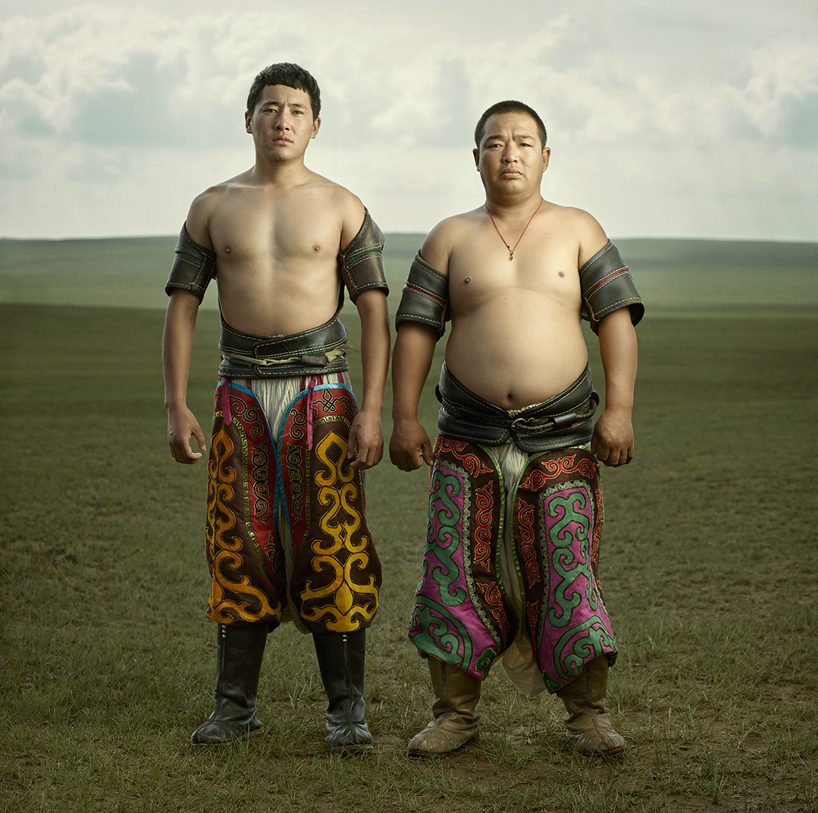