for the exhibition moment to moment, the jeju museum of art commissioned seoul-based studio kimchi and chips to create a new iteration of their previous work ‘line segments space’. the museum’s specific architectural traits, including a panorama of reflective floors and square concrete apertures, demanded a reconsideration of the original work, leading artists elliot woods and mimi son to realize ‘483 lines’.

prior to the digital video revolution, analogue broadcasts constructed living imagery using the NTSC standard. this system generates a moving picture frame as 483 lines of modulated light, stacked from the top to the bottom of a television screen.

within the museum, ‘483 lines’ magnifies the video picture at a scale of 16 meters wide, folding it several times to fit vertically into the gallery space. this layered reinterpretation allows oscillations of depth, which are activated by ‘tuning’ the projected video to match these waves. the team describes, ‘the strictly organized lines can be illusionary, creating a confusing architecture of horizons, whilst the video played through it displays a parallel past, present and future.’ 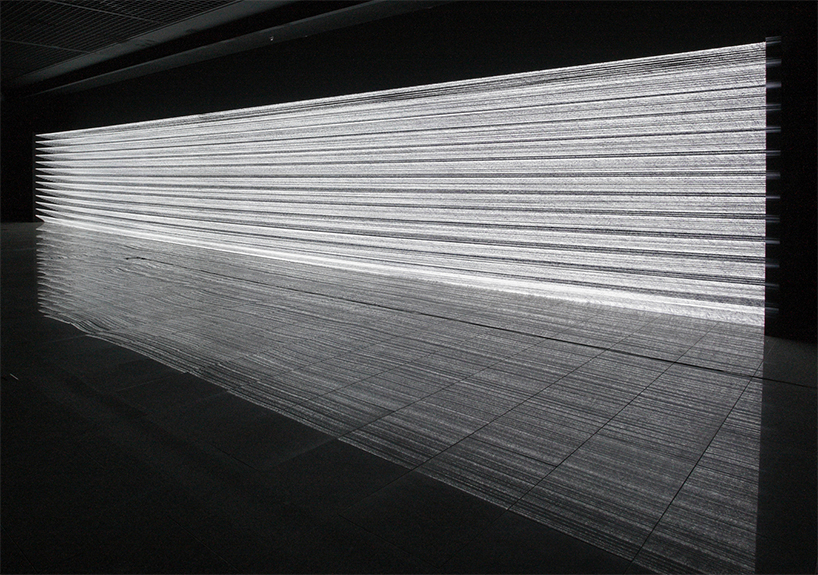 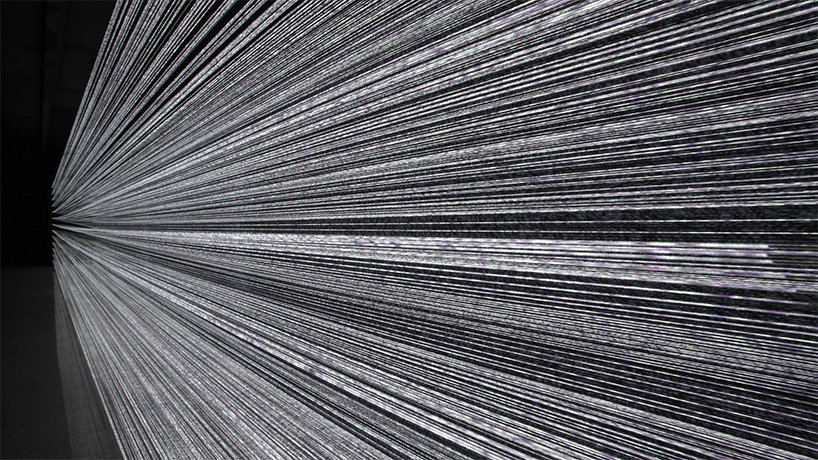 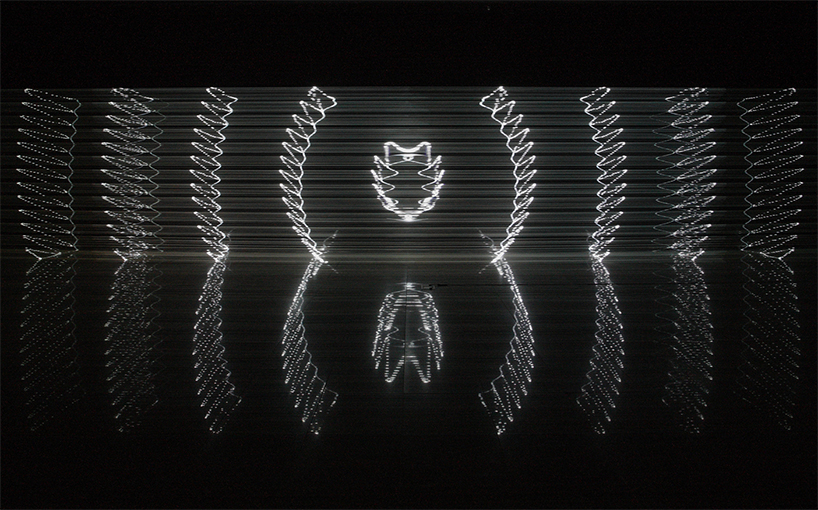 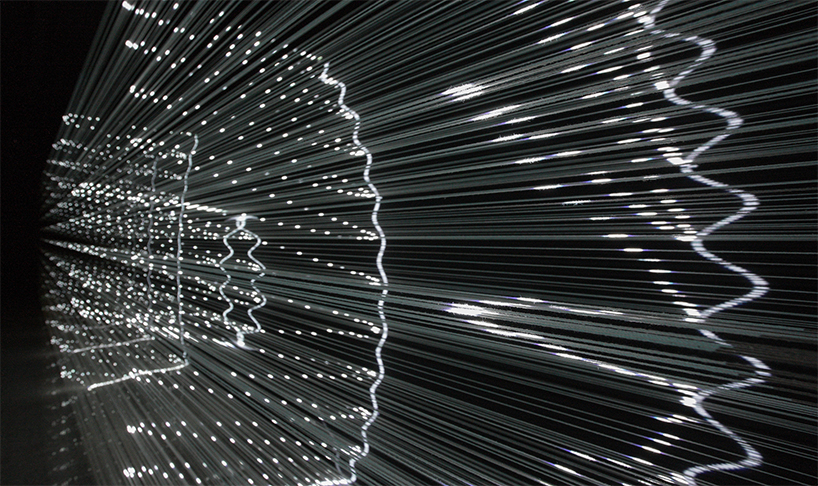 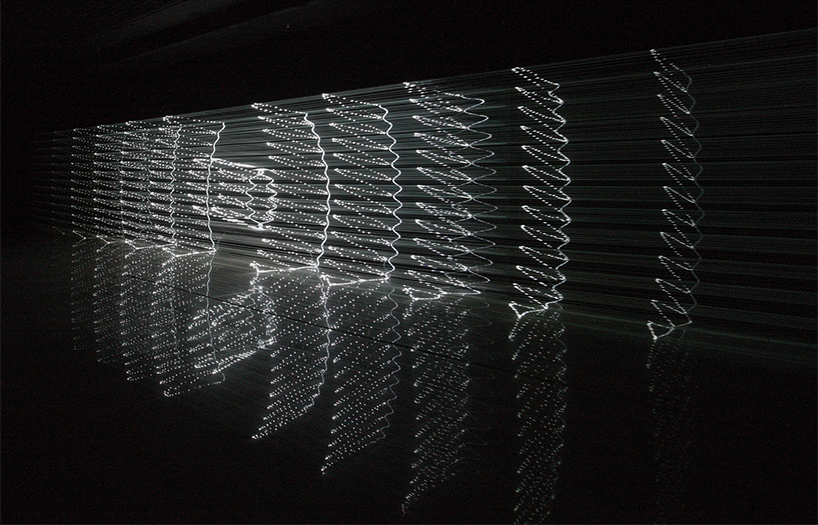 at the jeju museum of art 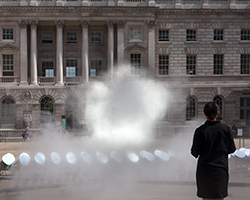 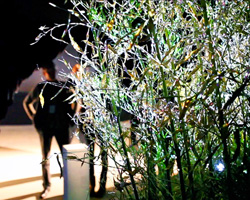 May 23, 2011
kimchi and chips maps human hands onto lit tree 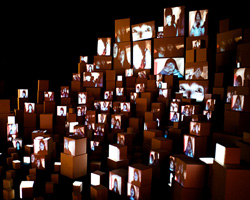