swiss curator klaus littmann has transformed the wörthersee football stadium in klagenfurt, austria, into a native central european forest, in support of today’s most pressing issues of climate change and deforestation. opening 8 september 2019,  for forest – the unending attraction of nature marks the country’s largest public art installation to date, with almost 300 trees, some weighing up to six tons each, carefully installed on the existing pitch. 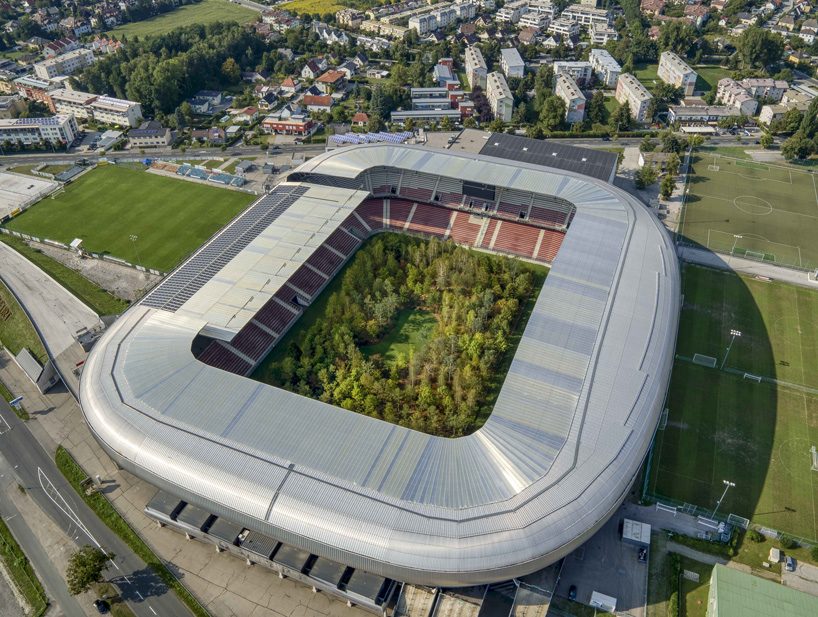 in for forest, klaus littmann has brought to life the unending attraction of nature, a dystopian drawing by austrian artist and architect max peintner that he discovered almost thirty years ago. the monumental art intervention, which sees the wörthersee football stadium transformed into a native central european forest of almost 300 trees, aims to challenge our perception of nature and question its future, upon today’s pressing issues of climate change and deforestation. by enclosing an entire forest within the stadium, the project seeks to remind us that nature, which we so often take for granted, may someday only be found in specially designated spaces, as is already the case with animals in zoos. 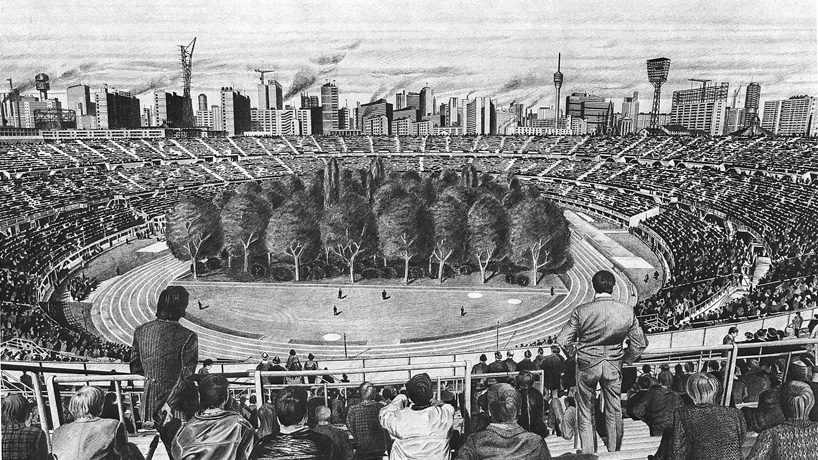 overseen by enea landscape architecture, the forest comprises a diverse range of species such as silver birch, alder, aspen, white willow, hornbeam, field maple and common oak, which, will take on a life of their own, changing colors as the season turns and attract wildlife. after the public art installation ends on 27 october 2019, the forest will be carefully replanted on a public site in close proximity to wörthersee stadium at a scale of 1:1 and remain as a living ‘forest sculpture’. parallel to this, a pavilion is planned in order to document the project for the long-term. 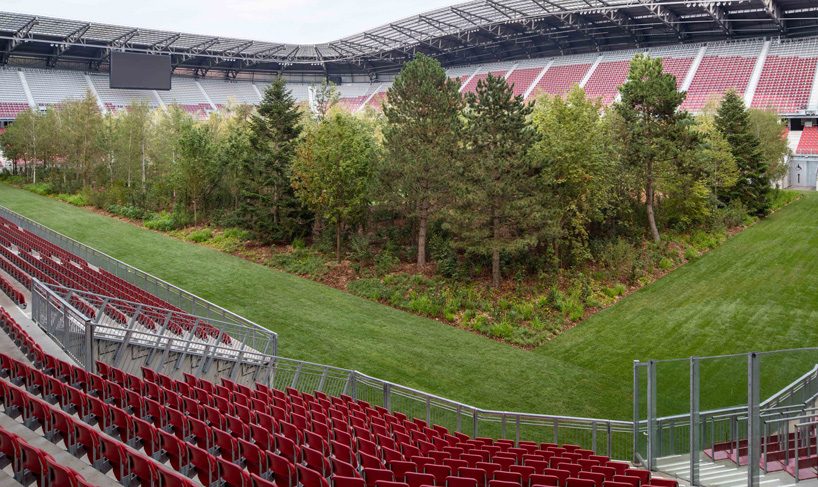 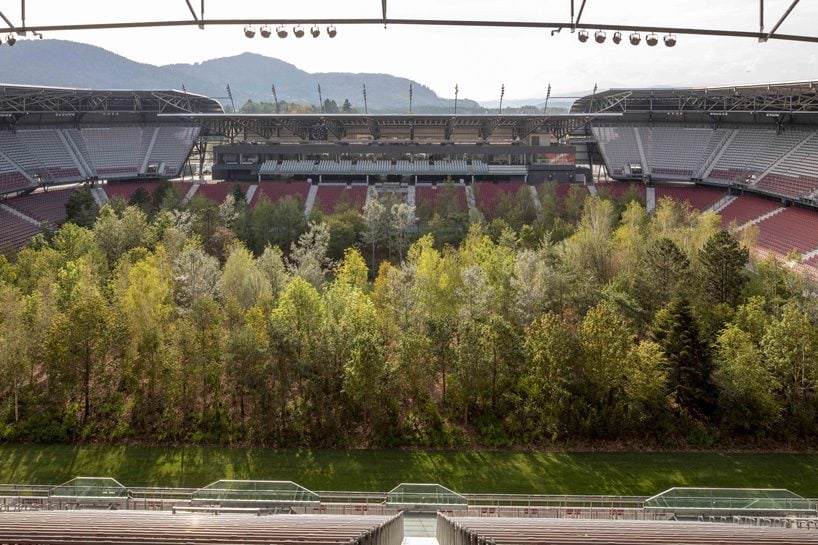 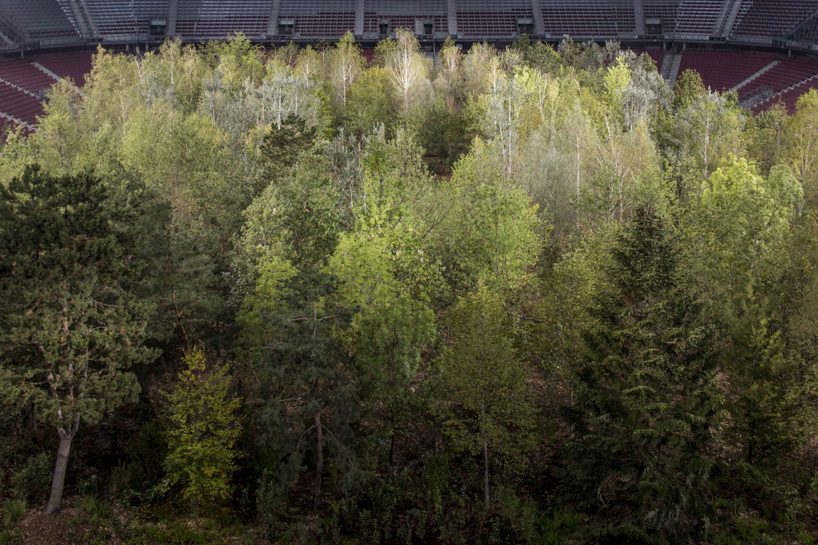 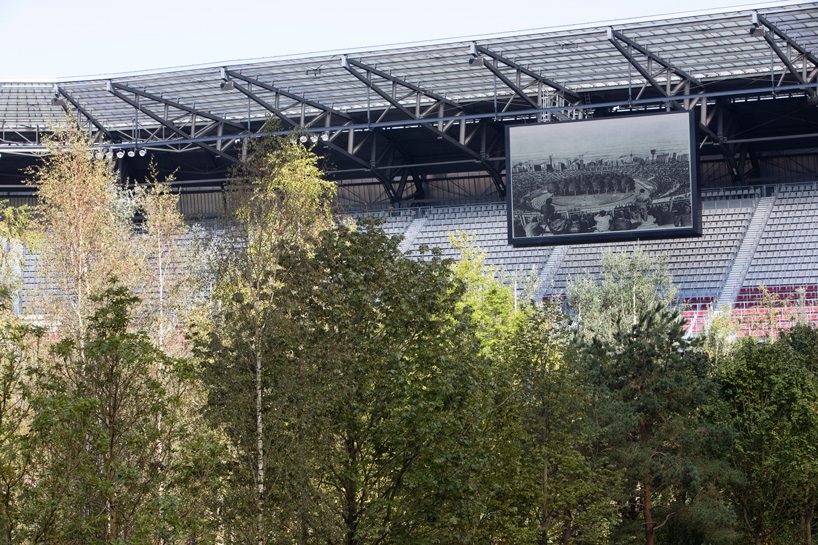 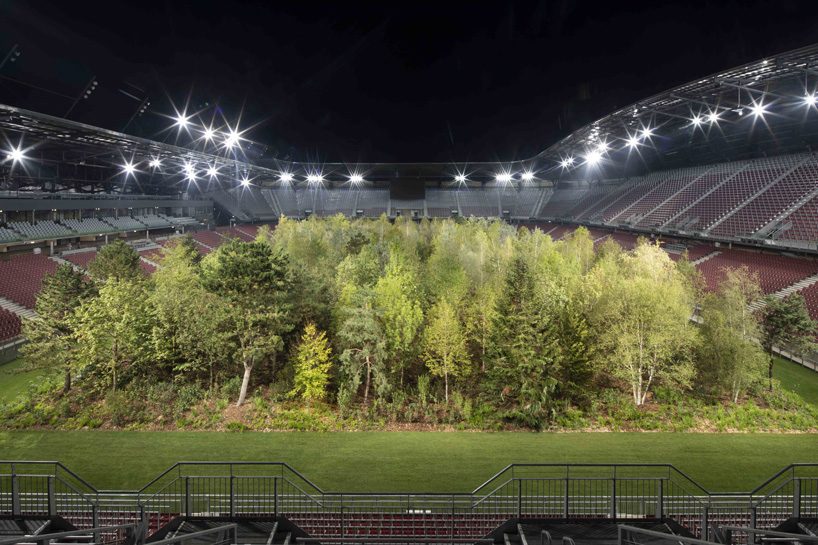 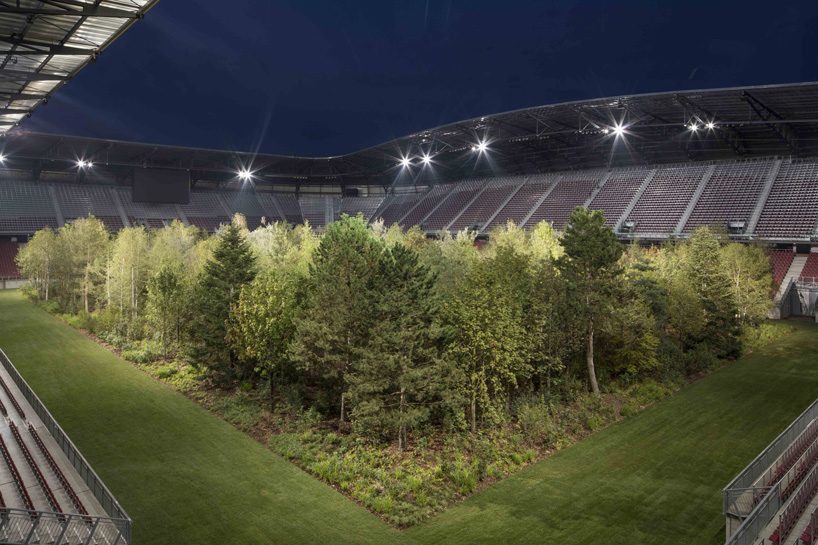 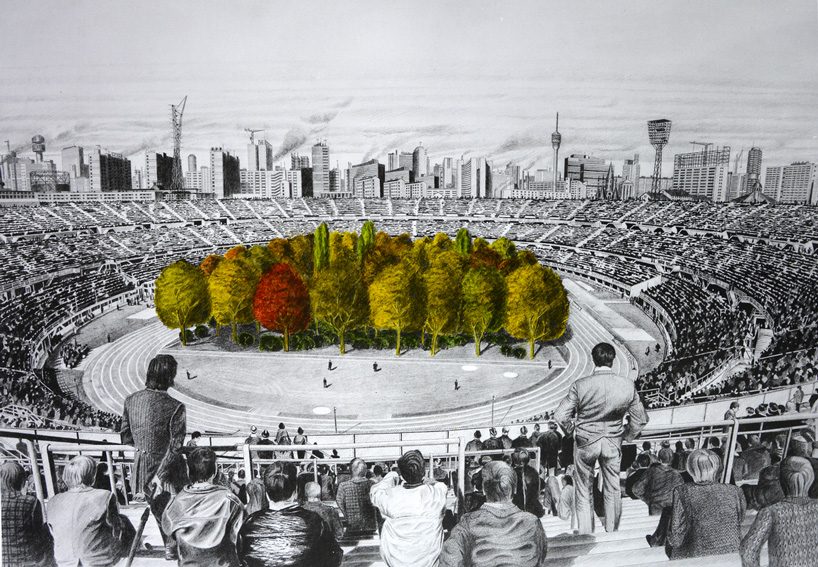 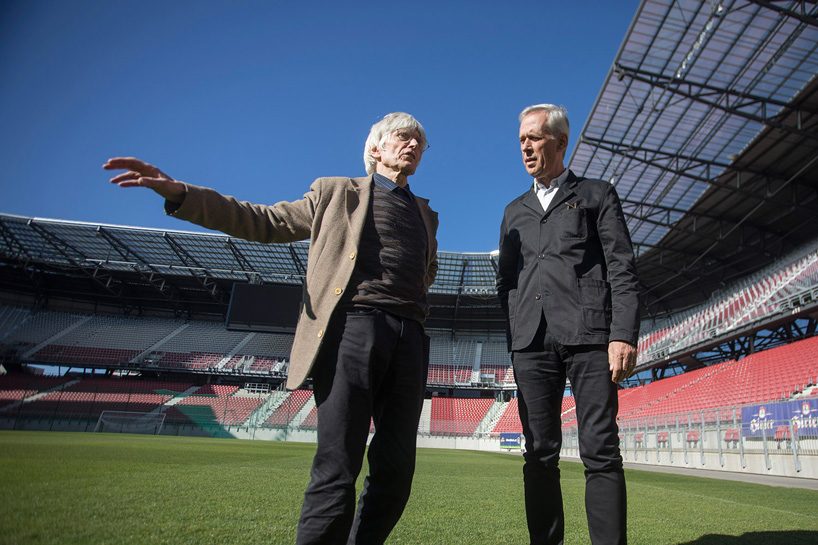 name: for forest – the unending attraction of nature