illuminated by 10 overhead projectors, amsterdam-based studio KNOL casts a transparent insect city, revealing the anthropod’s movements on the surrounding walls. the miniature village houses various species, and each tiny architectural structure they populate is connected to another by a clear highway, which hope to motivate them to intermingle and mobilize around the small-scale habitats. knol explains that the idea is ‘based on the book metamorphosis by kafka.(where the protagonist is transformed into large, monstrous insect-like creature). visitors of this installation are on one hand looking down on the small insects, but are on the other hand drawn inside their world, through the large reflections in the space.’ observers are able to watch the silhouettes of the swarming bugs meandering around the fabricated rooms they inhabit as huge, ghostly images on the interior walls, contemplating an imagined universe in which they might live. 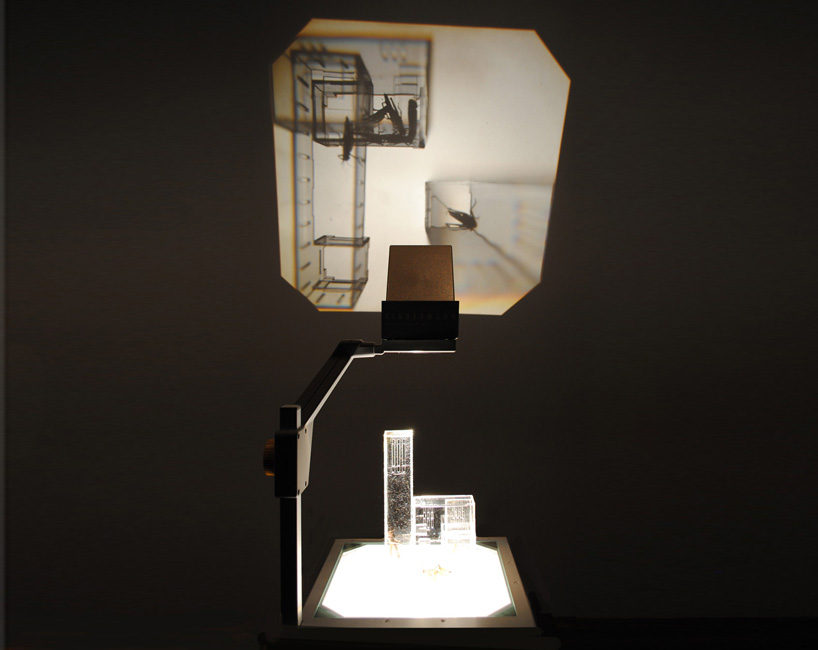 the insect city materializes on the surface of the wall 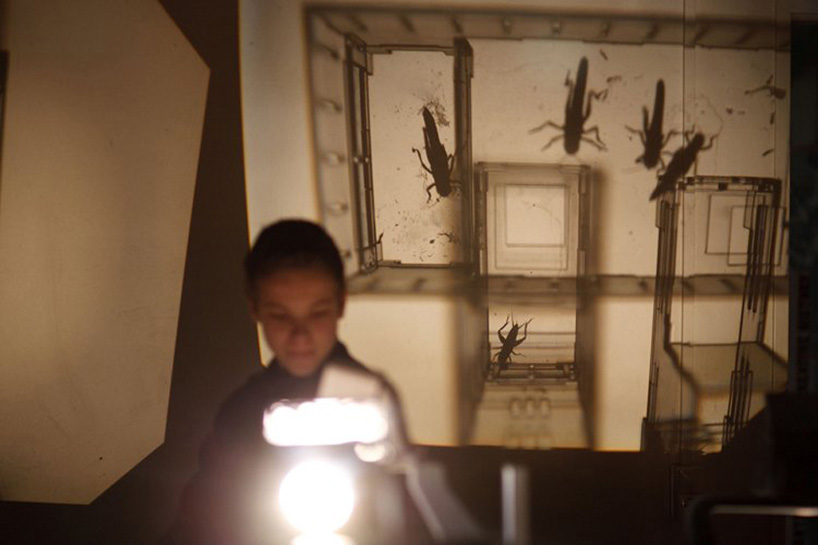 looking through the transparent insect city 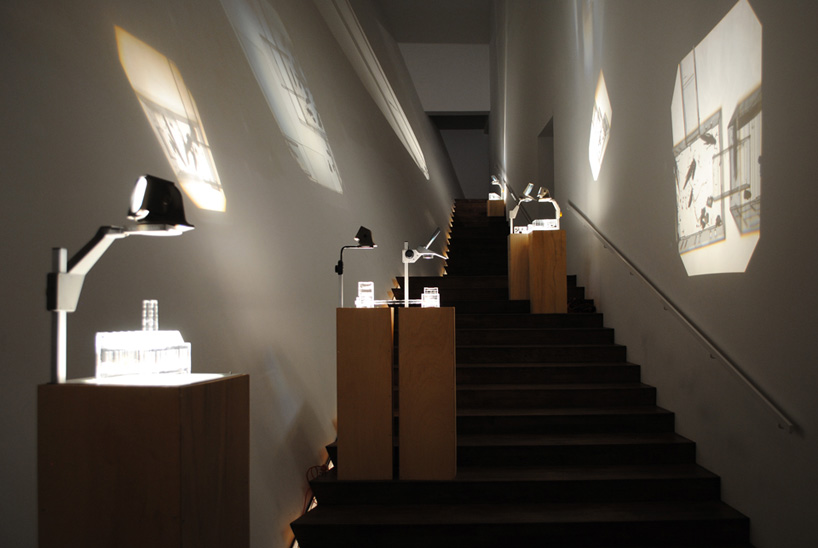 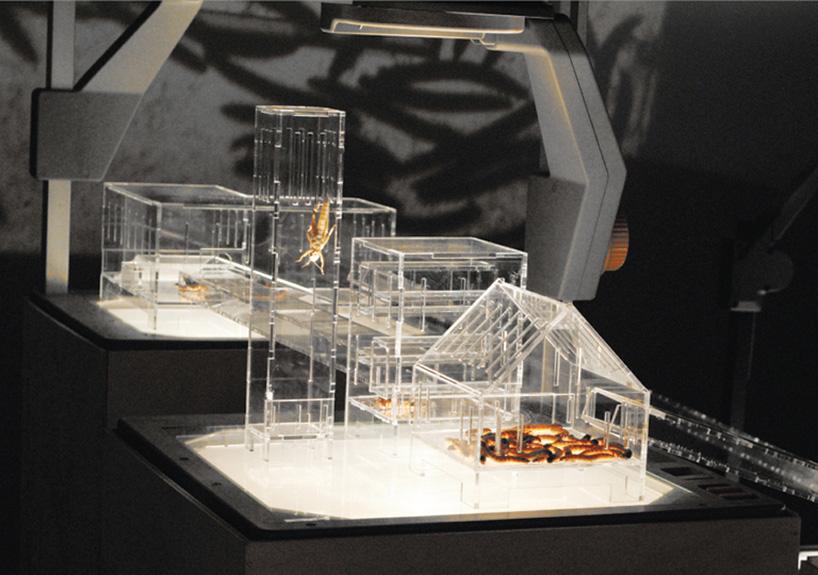 the clear villages are connected by highways, to encourage their movement throughout the space 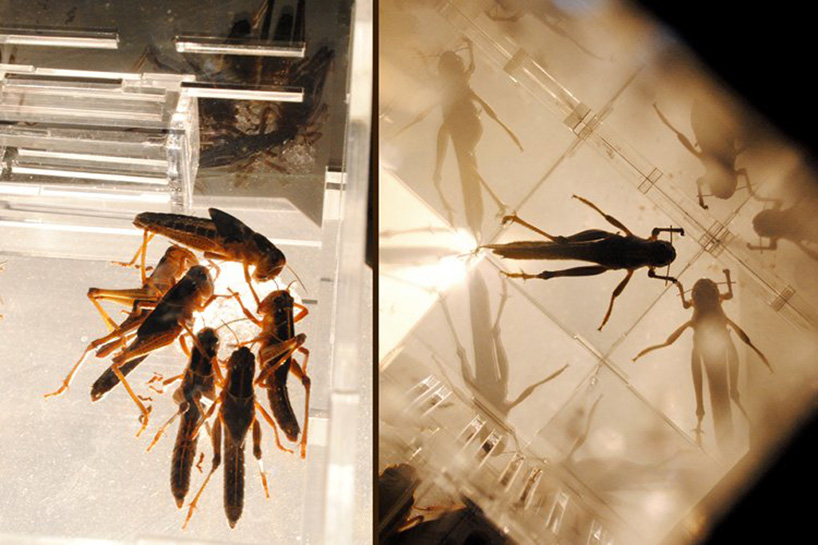 insects gather around the light source 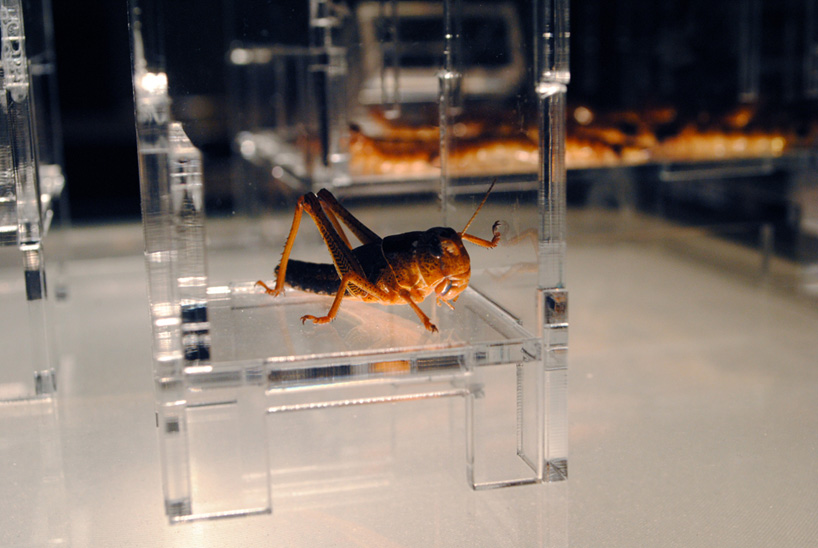 an insect within the transparent architectural walls 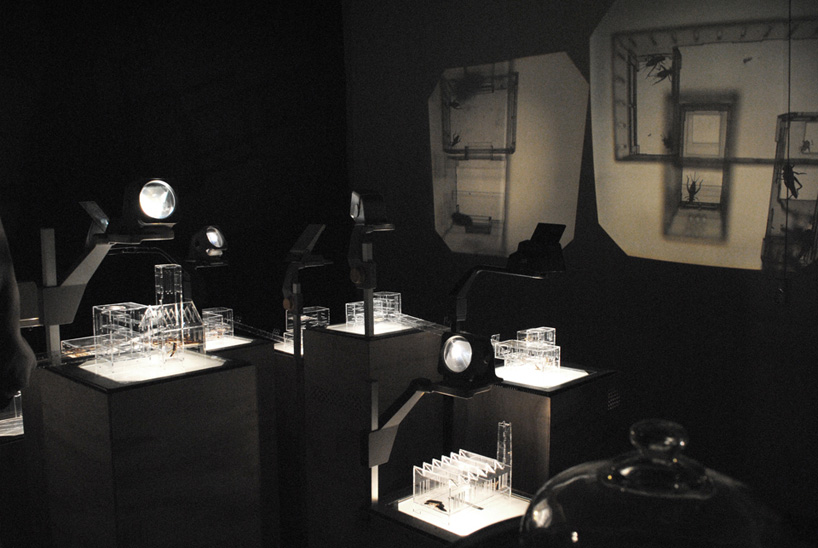 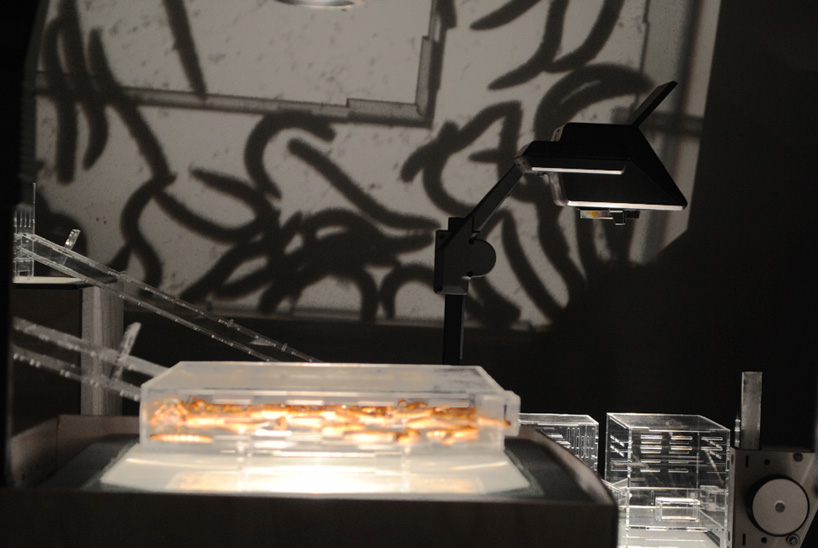 a tray of worms casts a shadow on the neighboring wall 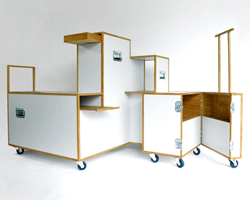 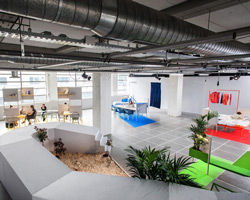 Jun 21, 2014
KNOL conducts out of office as experiment on work environments 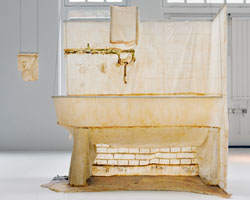 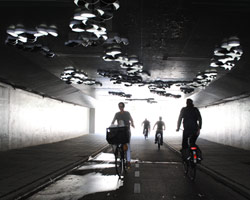