‘the metamorphosis of beautiful bodies’ by kumi kaguraoka

Just as physical strength, intelligence, and property, beauty standards have always been deeply rooted in power and survival. Taking this statement as the starting point of her new project, artist Kumi Kaguraoka presents ‘The Metamorphosis of Beautiful Bodies,’ a poignant commentary investigating how the human body has been subjected to past and present aesthetic dogmas. The artwork also looks to possible evolutions of these beauty standards 1,000 years from now.

After careful research, Kaguraoka created a series of wearable devices and body casts that help reconstruct and reshape one’s physique. These recall very real techniques adopted in certain parts of the world; foot binding in China, corsets in the West, neck-extending brass rings in tribal cultures, and cranial deformation.

‘I chose this theme because I felt uncomfortable with Japan’s post-colonial identity and the aesthetic values presented by society. For example, the anime characters I admired as a kid have small faces, tall and slender bodies, blond hair, and big eyes. However, as I researched several fashion trends, folk costumes, cultures, and religions, I found that various body shapes were set as the ‘ideal: where does this aesthetic value come from, and where is it going in the future? These body casts I created raise noses, prevent crooked backs and enable one to walk like a model. These are all easy to wear for Japanese women with average heights and weights and function as casts to shape their bodies,’ writes the artist. 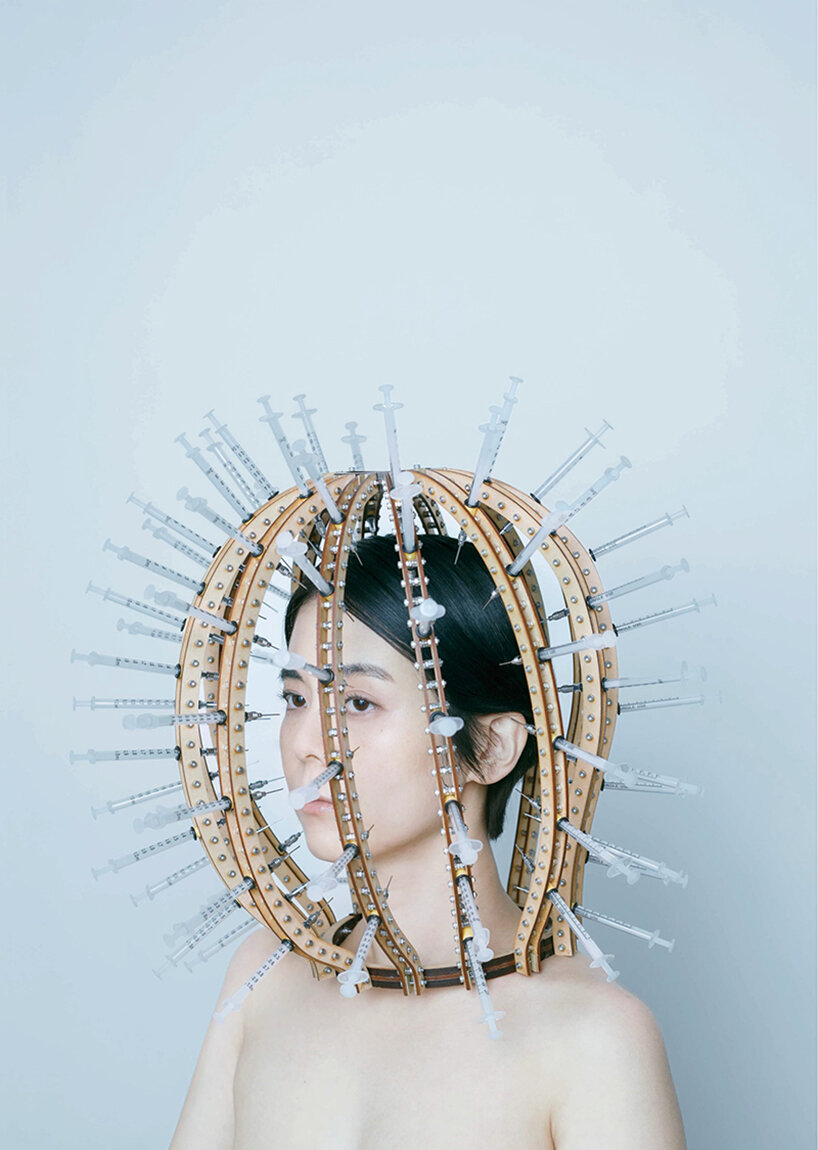 ‘The Metamorphosis of Beautiful Bodies’

Setting aside past and present realities, Kumi Kaguraoka also realized ‘The Metamorphosis of Beautiful Bodies’ with the future in mind. Although nobody truly knows what will happen by then, the artist believes it’s possible to hypothesize and predict new values and notions based on her research exploring how beauty has been conceptualized through environments, histories, and cultures. This reflection prompted her to outline several possible scenarios that could unfold in the next millennium.

First, an essential factor to consider is how our living environment will look like. If we live on the moon, beauty values may depend on gravity. Second, what to eat may vary significantly by habitat, which affects the physique. And third, the earth is likely to suffer from severe global warming by then — with water scarcity and dry lands dominating continents — a strong determinant for the type of clothing we will be wearing. ‘Predicting such a tough scenario urges us to ponder how a sense of beauty will be situated and what will be considered as beauty throughout the years to come,’ she notes. 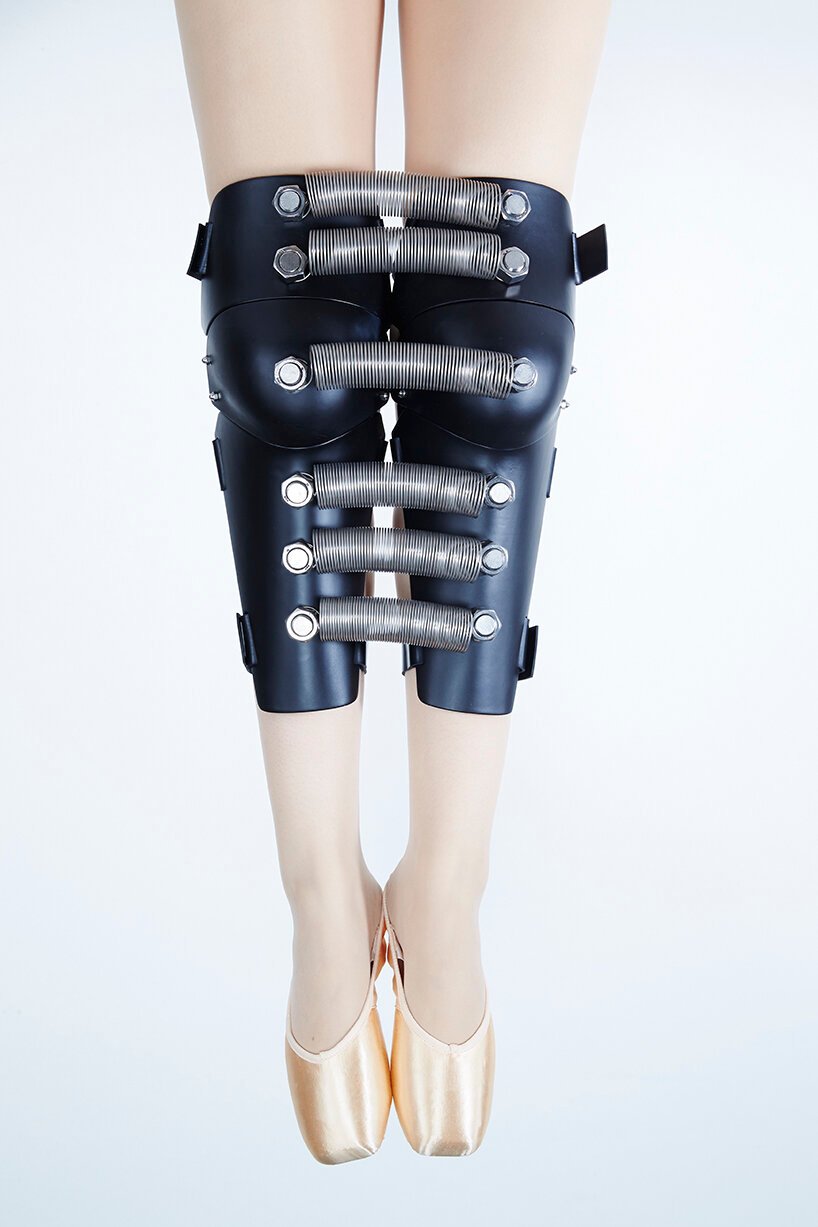 Taking these possible scenarios into consideration, the artist hypothesizes that one of the future notions of ‘beauty’ will be based on how strong our bodies need to be to survive. The physique, therefore, may ultimately be designated as one of the ideal values for humans.

Specifically, she borrowed the physique of North Africa’s Dinka people to prototype her average human body of the future: 180 centimeters tall, with a small face and slender limbs. Speculating that such a body would be the ideal shape, the average Japanese woman would thus require considerable vertical growth. That is where her body casts, called ‘extended bones,’ come into play.

‘As humans always search for new lands, challenge tougher conditions, weave the unbelievable history of human evolution for millions of years, we will continue to pursue the notion of ‘beauty’ and will surely be able to generate new values with new technologies and materials along the way,’ concludes Kumi Kaguraoka. 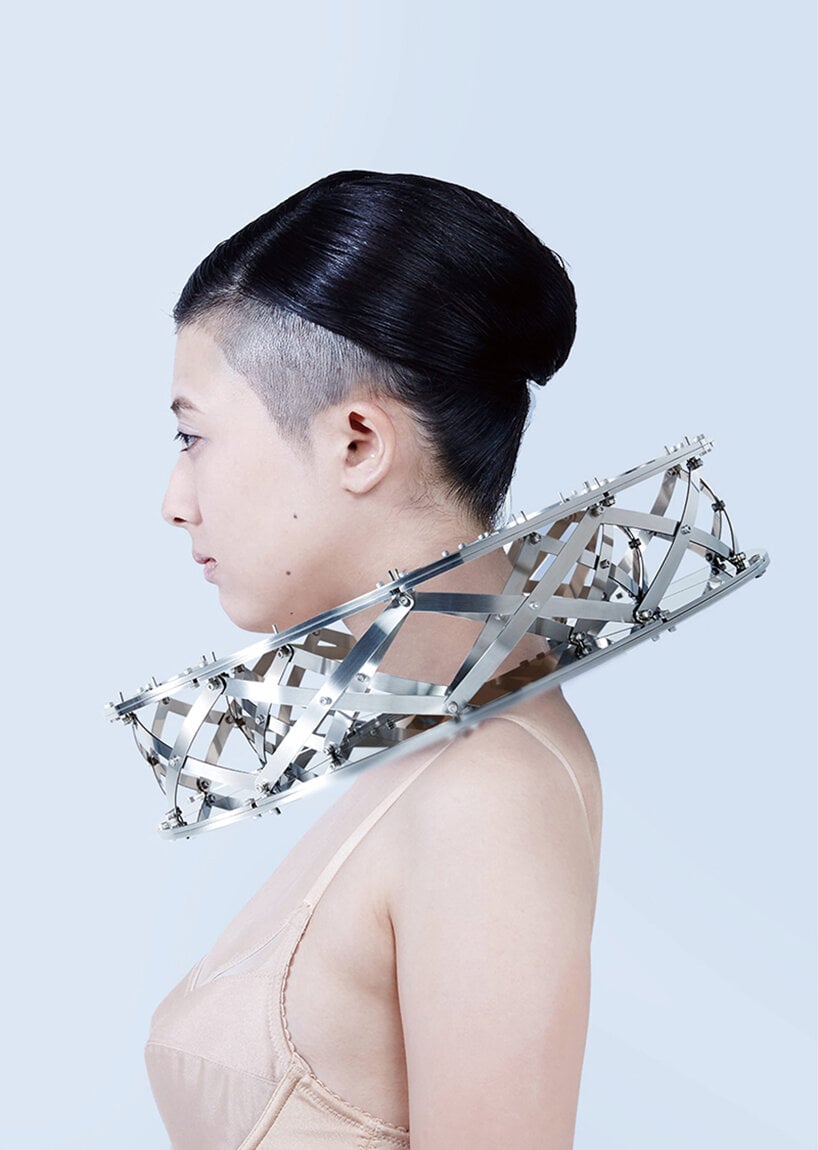 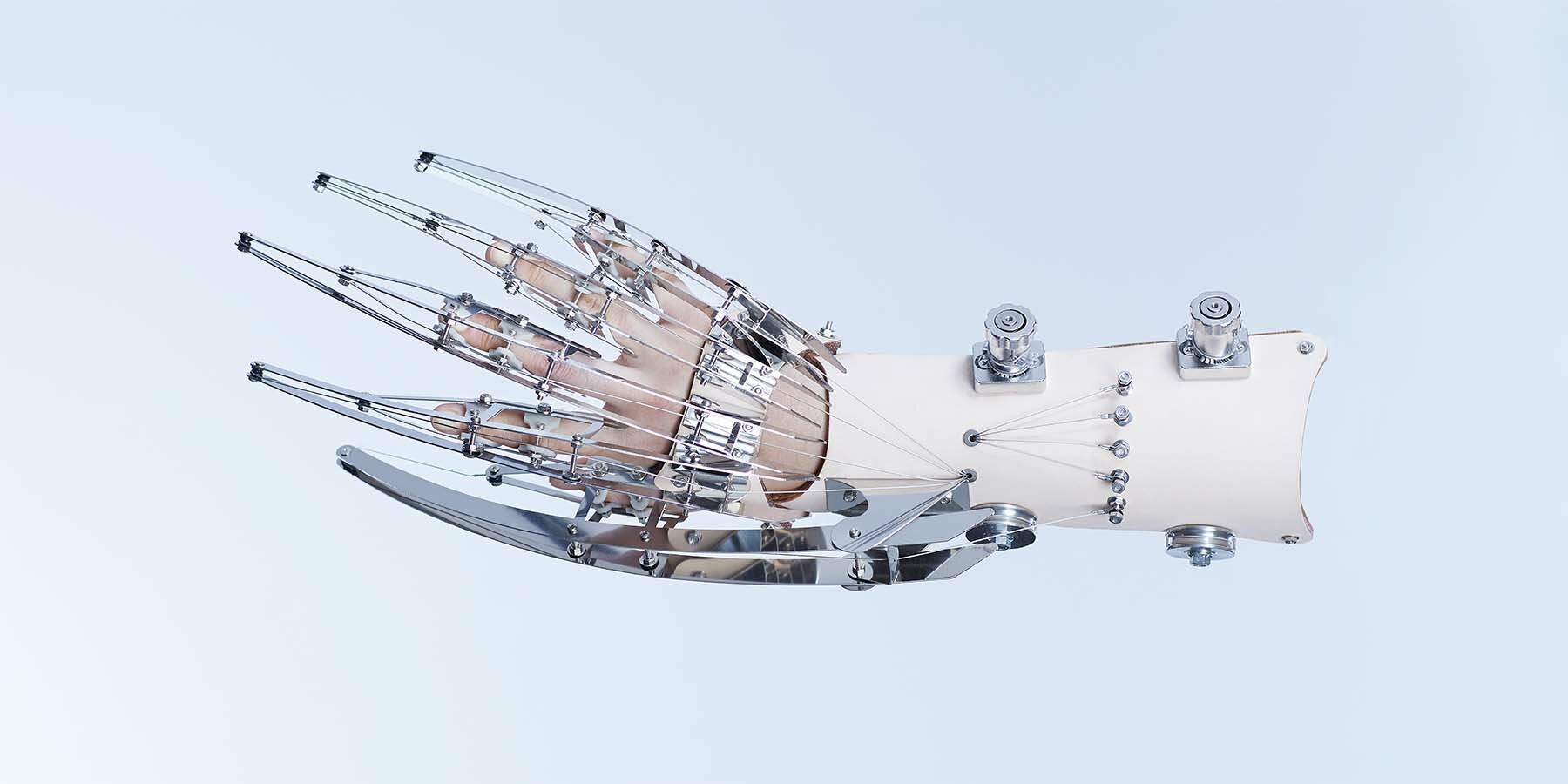 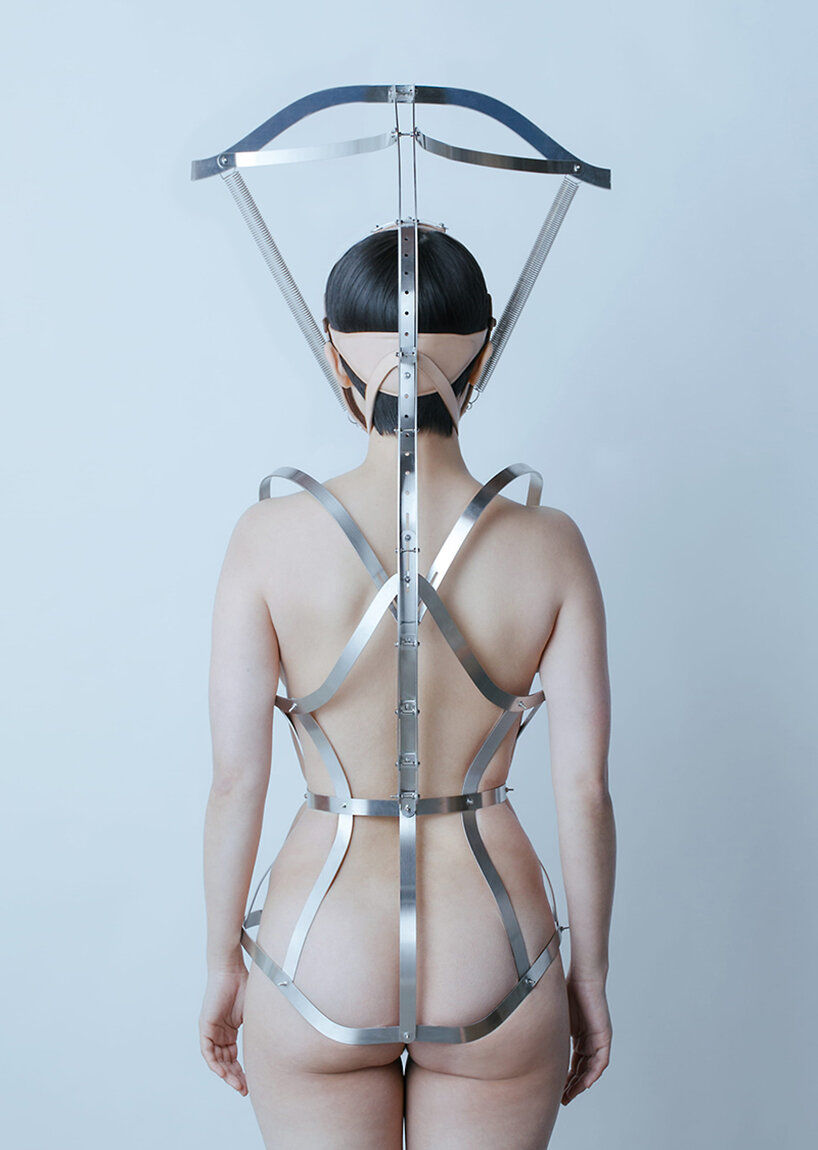 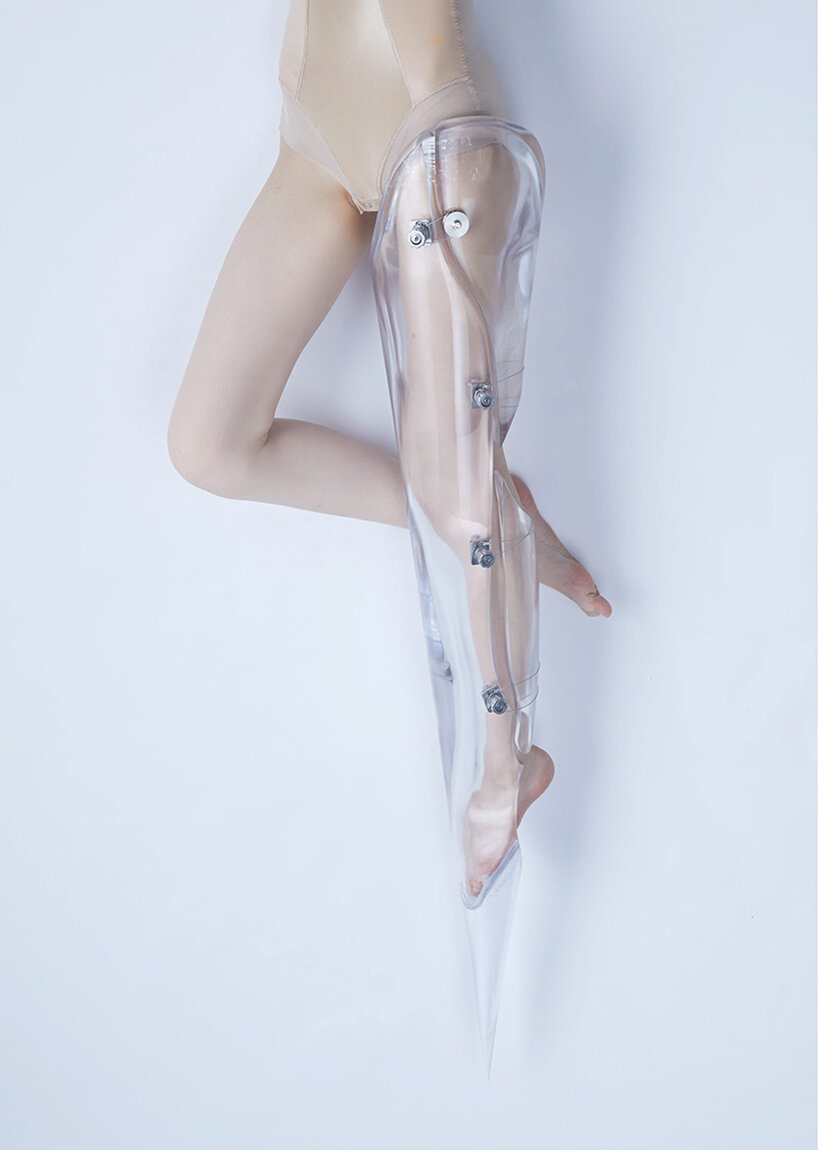 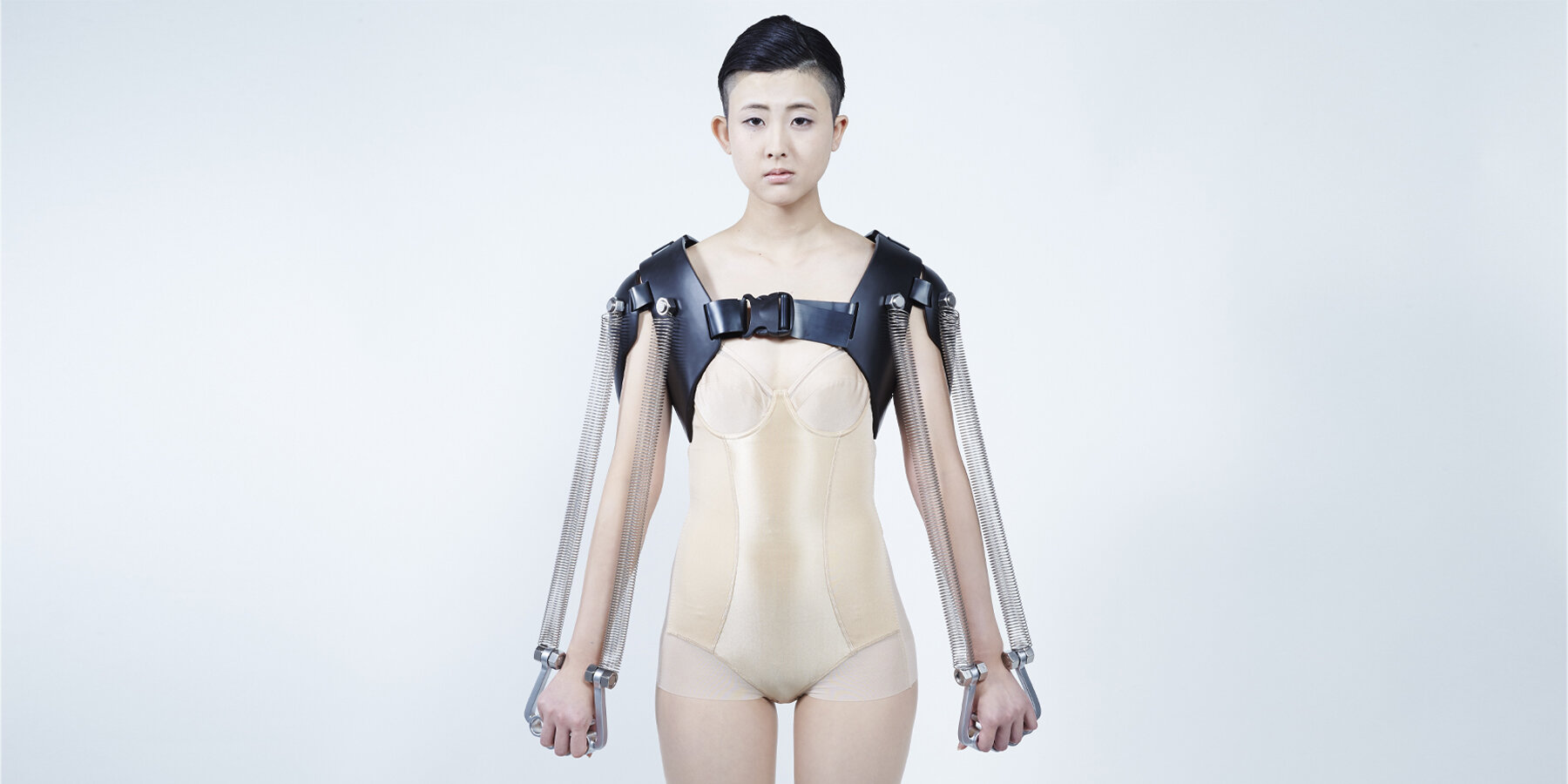 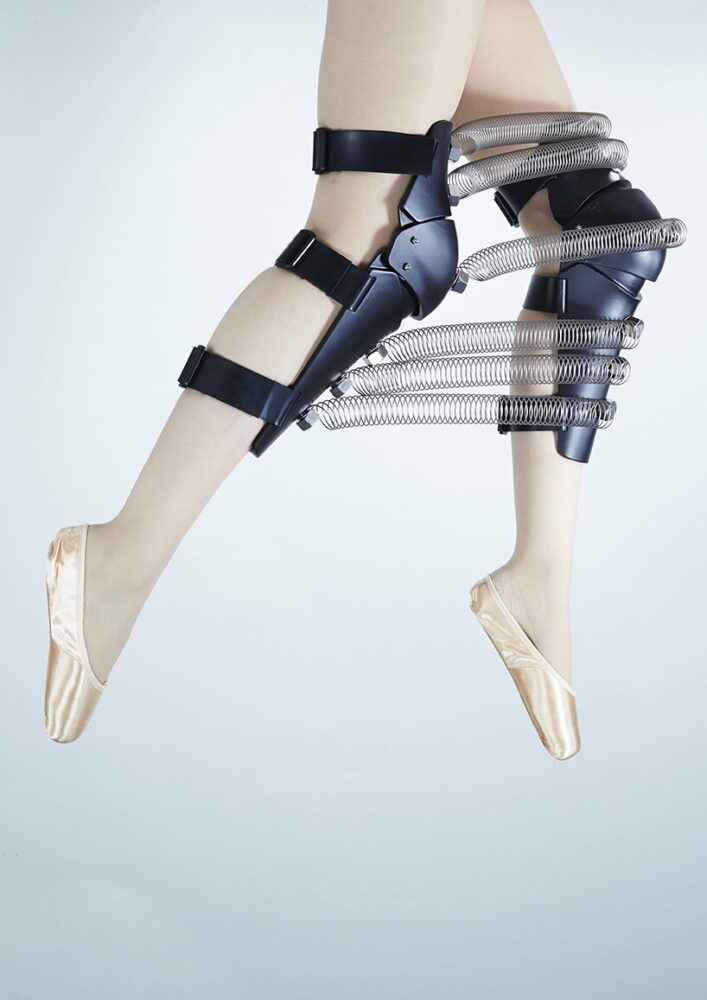 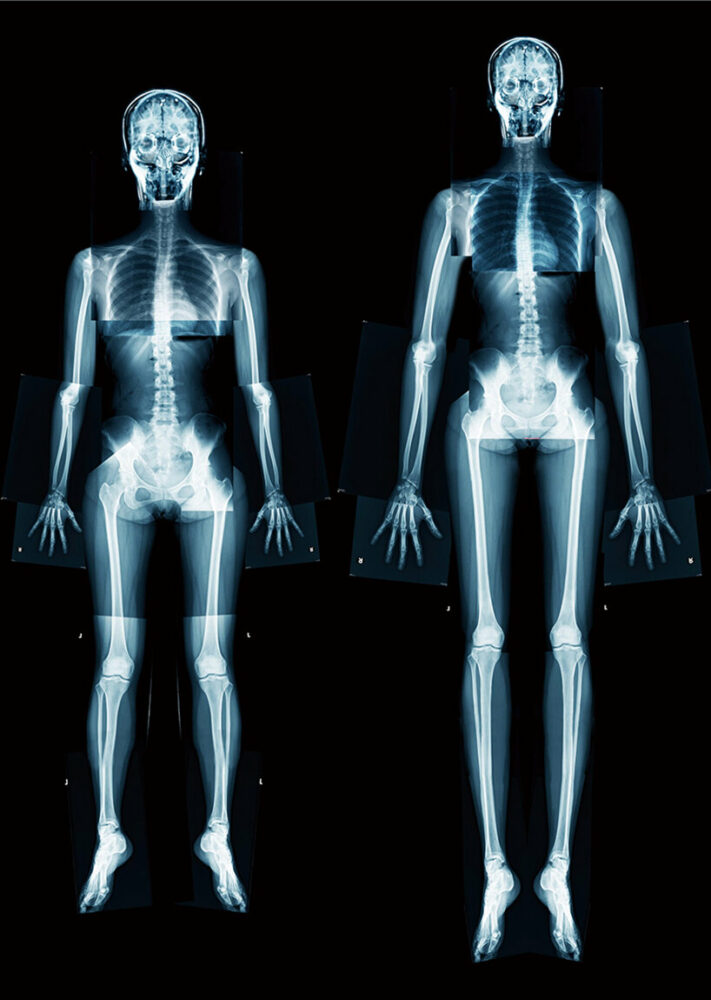 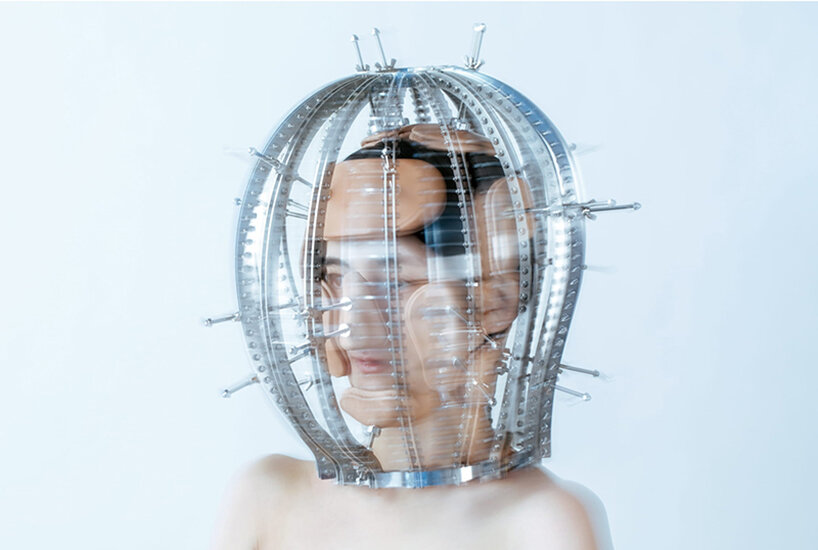 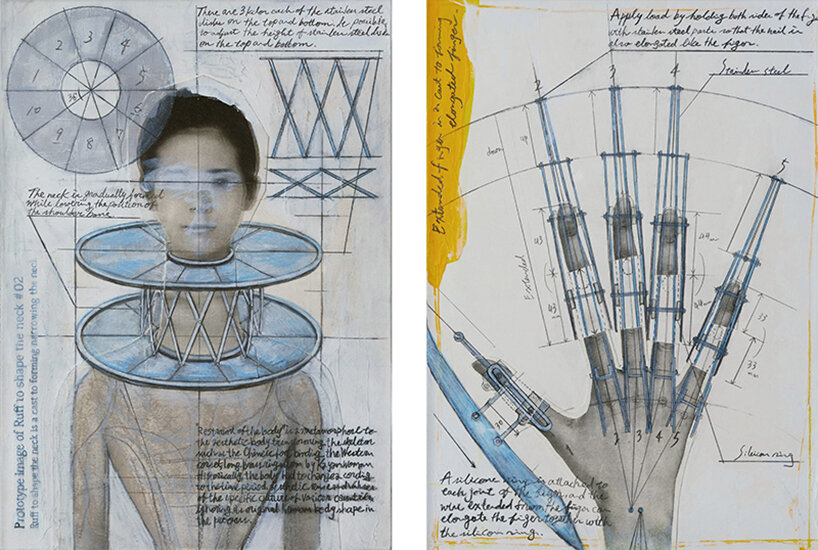 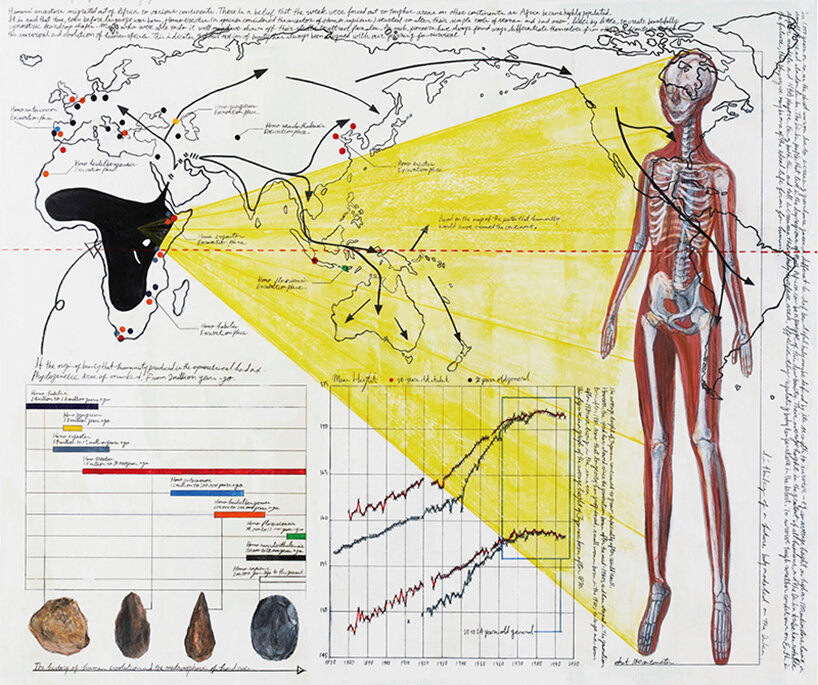