created over a series of months, japanese artist kumi yamashita has crafted intricate portraits using individual unbroken sewing thread wrapped around a network of galvanized nails. developed as part of her constellation collection titled ‘mana #2’, the highly intricate multidimensional textures of the compositions bring out a realistic and almost organic quality to the faces. 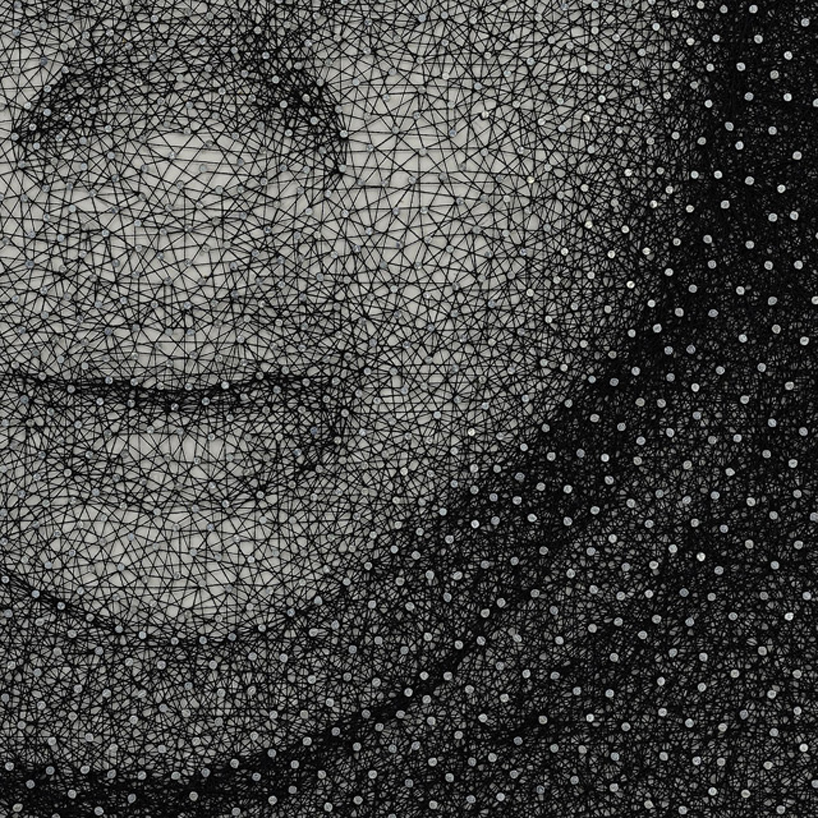 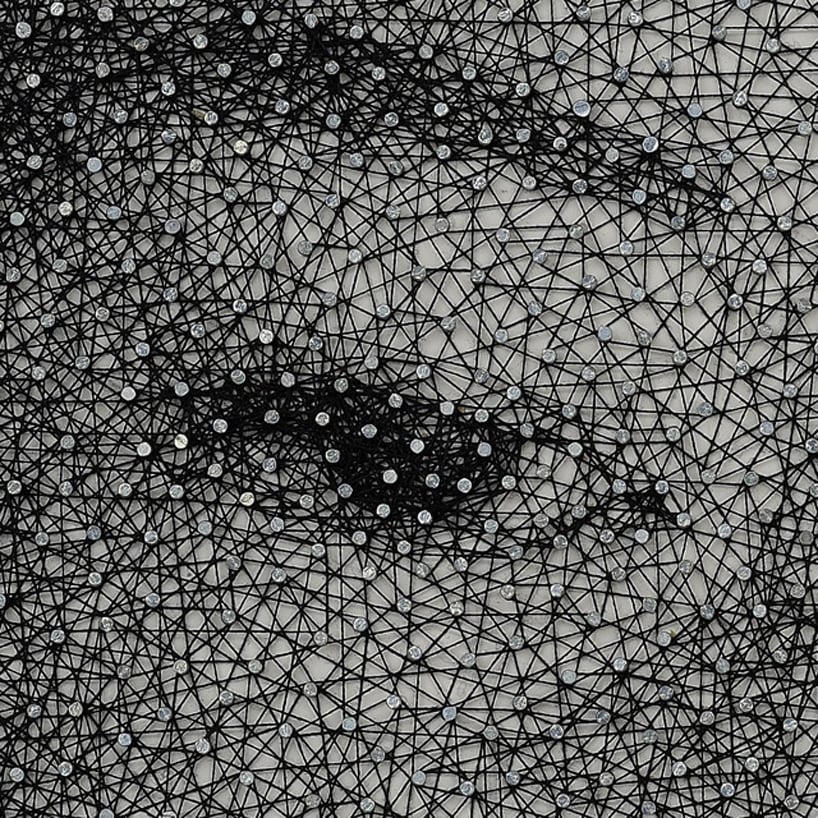 the portrait is created over a series of months