kumi yamashita is a japanese artist (b. 1968, takasaki) who now lives and works in new york. many of her works see the artist sculpt using light and shadow – constructing single or multiple objects and placing them in relation to a single light source. the complete artwork is therefore comprised of both the material (the solid objects) and the immaterial (the light or shadow). designboom spoke to kumi about her influences and creative process.

designboom: please could you tell us briefly about your background and how you came to be an artist.

kumi yamashita: I was born in japan, just outside of tokyo and lived there until I came to the states as a high school exchange student. my mother studied fashion and would design and make clothes for me and my two sisters when we were growing up. my father was a sculptor and also a professor of industrial design who had strong interests in traditional japanese crafts. he could draw very well and when he explained things to me and my two sisters he would take pencil and paper and make simple but beautiful drawings. perhaps they both affected me because ever since I was little I was euphoric as long as I was left alone to draw or make something. in fact, my father named me kumi, which uses two chinese characters ­ the first character ‘工’ translates as ‘to make or create’ and the second character ‘美’ translates as ‘beauty’. so maybe my dad jinxed me! I was very fortunate in that my parents never once questioned the direction I chose ­ to continue making ‘impractical’ things. instead, they gave me all the support a child could ask for. I never consciously made a decision to become an artist, I just continued doing what I most enjoyed. 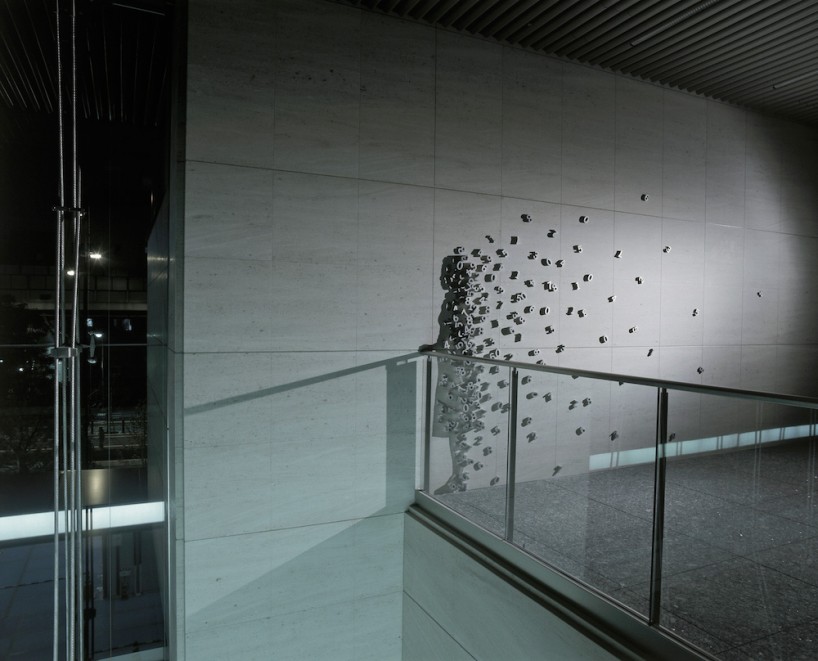 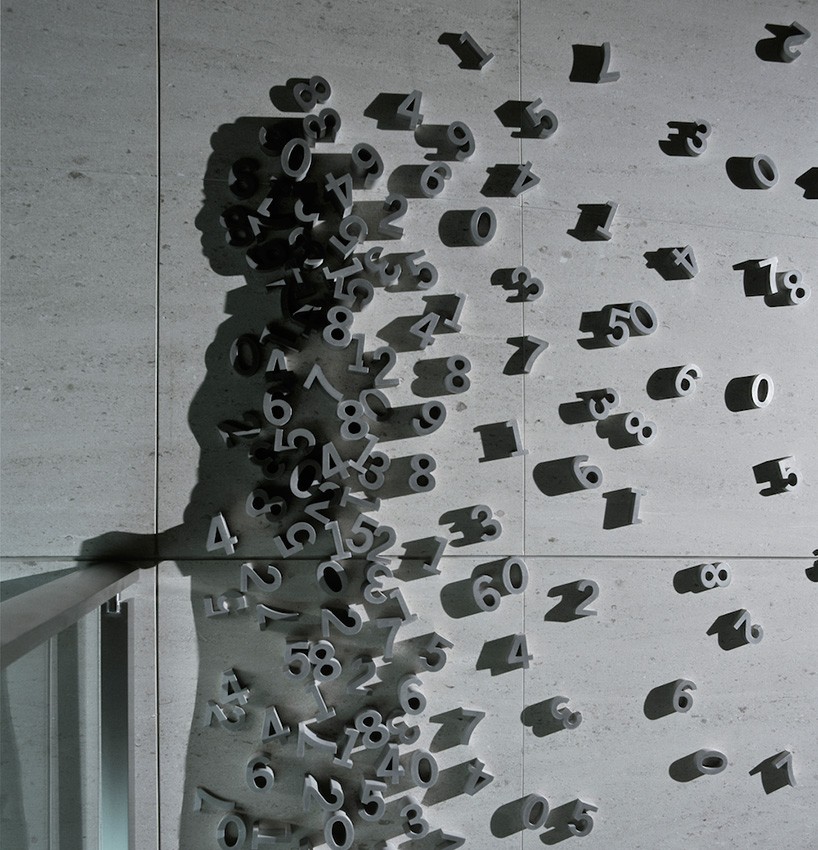 DB: how would you describe your work to someone who hasn’t seen it before?

KY: I would probably describe it poorly! early on, I found it quite unfruitful in trying to describe my work. I am reminded of an experience I had years ago… a musician friend of mine was asked by someone to describe his music. after a valiant attempt to articulate his work, it became clear that we were all bored to death including himself. I vowed never to inflict that on someone else! 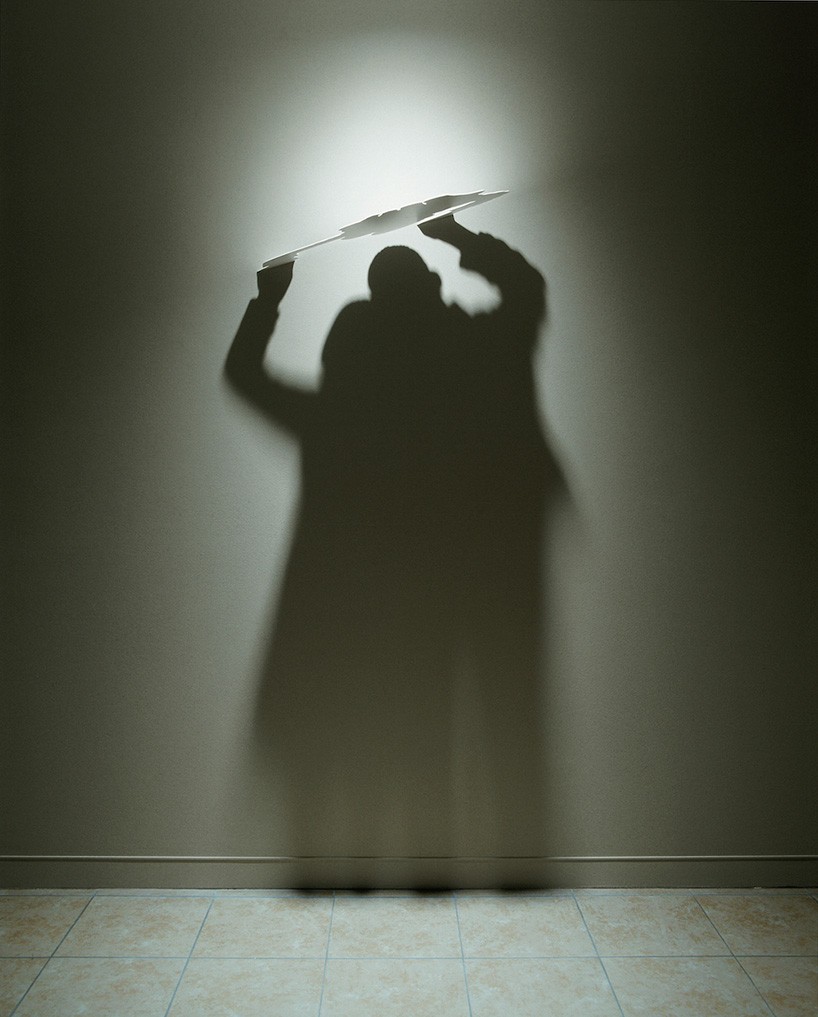 DB: what has been the biggest singular influence on your work?

KY: I think probably the biggest influence is simply having been born and raised in japan. visually, the japanese aesthetic of reducing things to their essence such as is found in haiku poetry or ikebana or zen gardens, along with the expert craftsmanship exhibited by japanese artisans, has definitely informed my work. intellectually, I’ve been shaped by living in a country where I saw the curious coexistence of two opposing ideologies the embracing temperament of buddhism/shintoism spirituality versus an alienating homogenous mentality. I have always longed for a land that embraced all humanity and ideologies. I think this is why I was drawn to the show sesame street and why I decided to come to america at a young age. 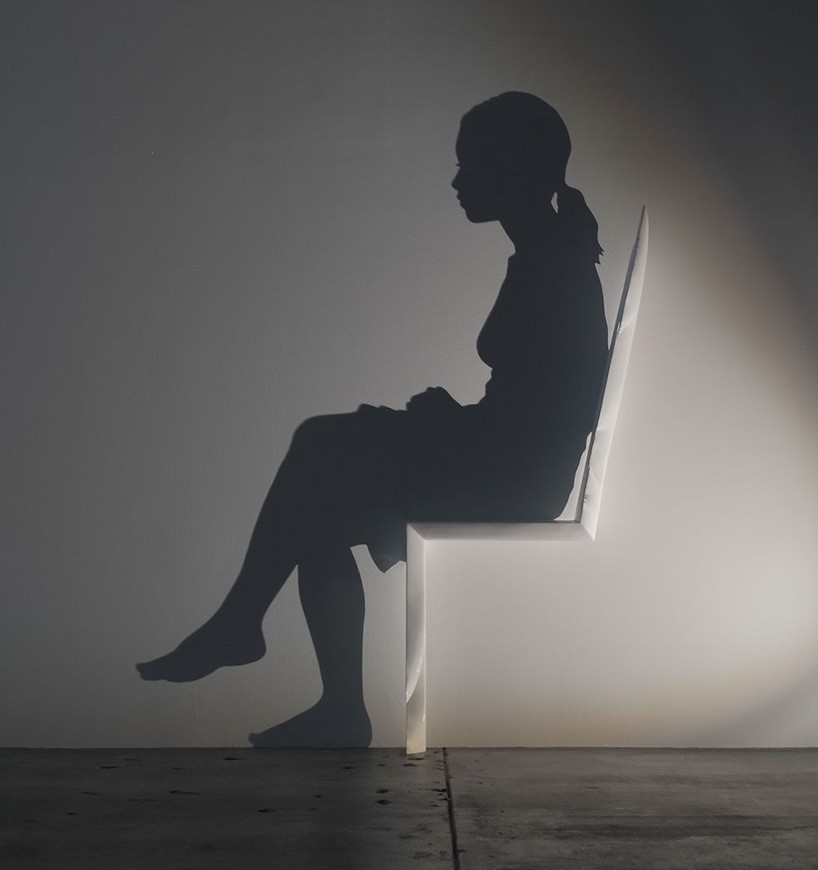 DB: you seem to work mostly with light and the manipulation of it to form shadows what attracted you to this way of working?

KY: mainly because I love looking at light and shadow. I remember sitting on the patio of my family home in the late autumn afternoon. the sun was setting and was casting the shadow of swaying branches of our fragrant olive tree on the ground. the color of the light was gradually changing from warm orange to cool blue as the shadow of the tree stretched and faded away. in my young mind I questioned the permanence and ephemera of all living things as the tree stood soundly in front of me in the almost monochromatic landscape. for me, shadows came to symbolize another dimension of life, perhaps something even more real than its holder. 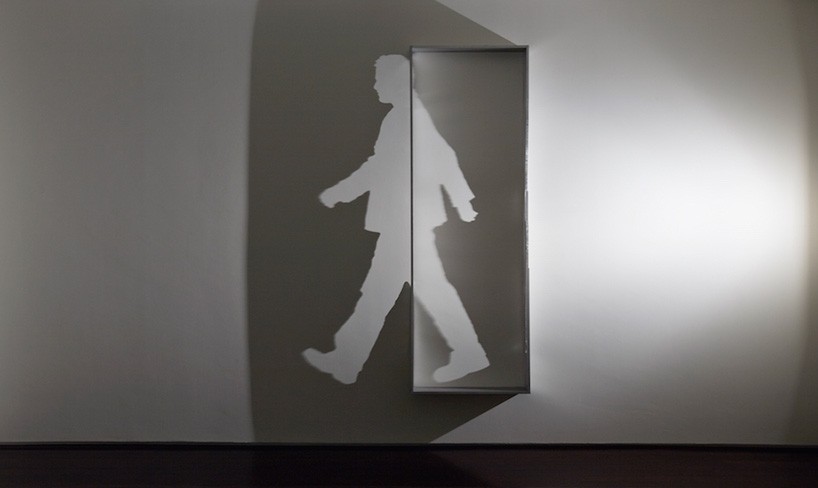 DB: could you explain your process a little for us; how you manage to achieve such detailed shadows? how do you ‘research the shadow’ so to speak?

KY: when beginning a new work, I take a lot of time working on sketches to get the composition and scale. this is especially true for my light & shadow sculptures that are site­ specific. it is very important that the artwork inhabits the space in a balanced and harmonious way. in a shadow, there is very little information for the viewer – it is basically a void. getting it to look and feel natural, and also impart a sense of energy or emotion, can be the biggest challenge. for instance, a hand resting on a knee might look natural when you see a person doing it, but if you reduce it to just shadow / outline, it might look like a mushroom growing on their leg. so to get human gestures to look recognisable and natural in shadow, I start by photographing posed models and then use those photos as reference for my sketches. once I have the composition worked out, the next step is choosing the right light. this is important as different bulbs have different qualities. some lights will cause double shadows to appear, which of course ruins the effect, while others may produce very crisp shadows or blurry ones. so I end up doing a lot of testing to find the correct fixture for each sculpture and application. once I have figured out the shadow’s shape and the light to be used, I can begin crafting the actual sculpture, which might entail carving a single piece of wood or fabricating many different objects to create the effect. in short; I’m constantly experimenting, trying different ways of creating pieces and figuring out what will work the best. 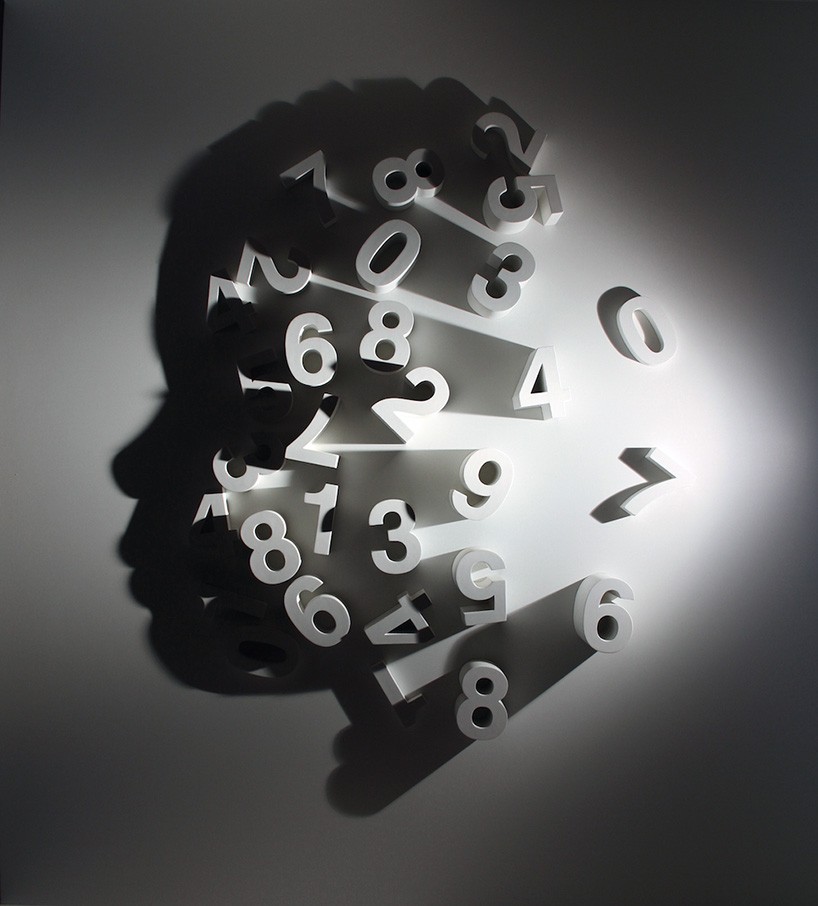 DB: which project or period of your career have you enjoyed the most so far?

KY: there are so many projects that I recall with such good memories! not only because I enjoyed creating the artwork but also because of the wonderful people that I met through the projects. one of those memorable projects was the work fragments, commissioned by the new mexico history museum in santa fe. I wanted to make 40 colorful tiles that cast 40 silhouette profiles of actual people who lived in the state of new mexico. for one week, I drove around the state meeting and talking to people, hearing their stories, and photographing their profiles. some had just moved to new mexico and were starting their new life, while others came from families that had been there for centuries. so, when I look at fragments, I see all the diverse and wonderful people who paused for me and gave me the time to share in their story. 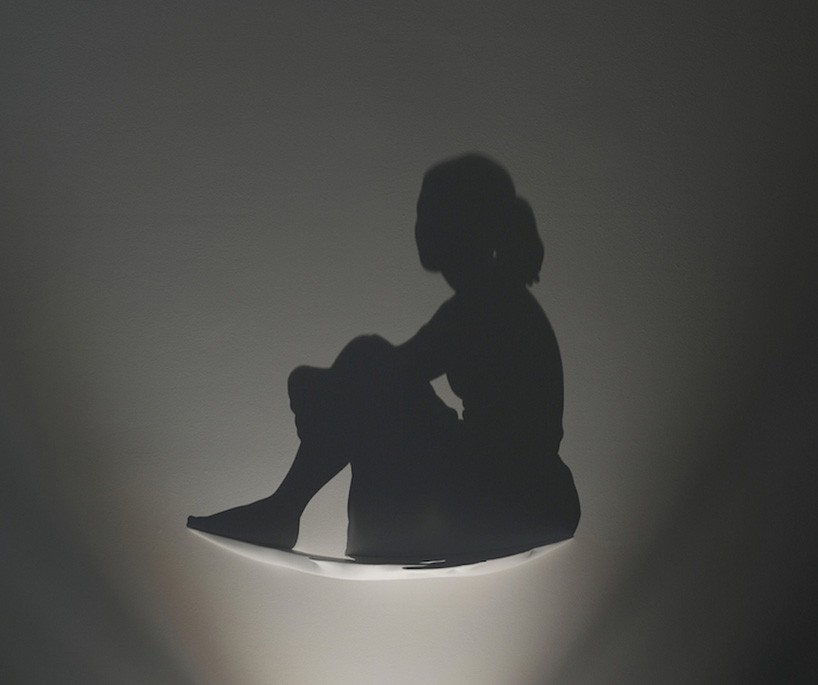 DB: what areas of your work or personal development are you hoping to explore in the near future?

KY: I am currently experimenting with new work entitled unfolding cosmos. I’m using squares of black paper of uniform size and folding a variety of origami shapes animals, flowers, people, things. I then unfold and connect them all together into a larger square. I find it fascinating that an infinite variety of shapes can come from a single element, in this case a simple square sheet of paper. when you unfold these figures, you are left with lines that seem to extend beyond the paper’s realm. you see patterns, a mapping that hints at, but does not reveal, the thing that it is. when assembled into the larger whole, the result is a terrain of lines where boundaries blur and where one thing intersects and connects with another. in addition to exploring this new work, I also wish to continue to untangle my mind and be more conscious of how I live and create. 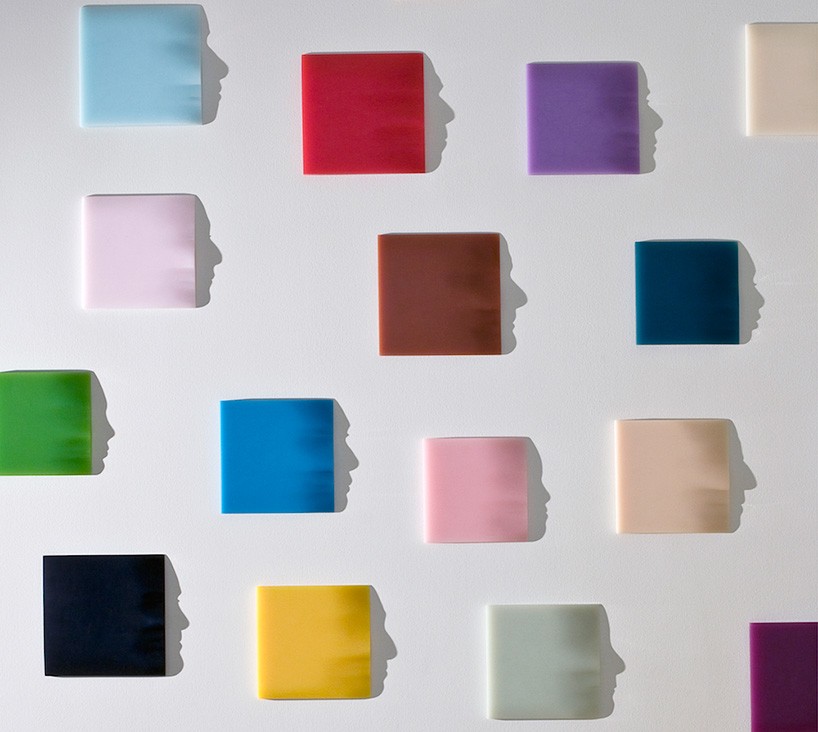 KY: staying curios and keeping an open mind helps me break comfortable patterns. exposing myself to new things either through travel or reading or seeing theater or just talking with others and hearing their stories all these things, and more, helps to stimulate and feed my mind. 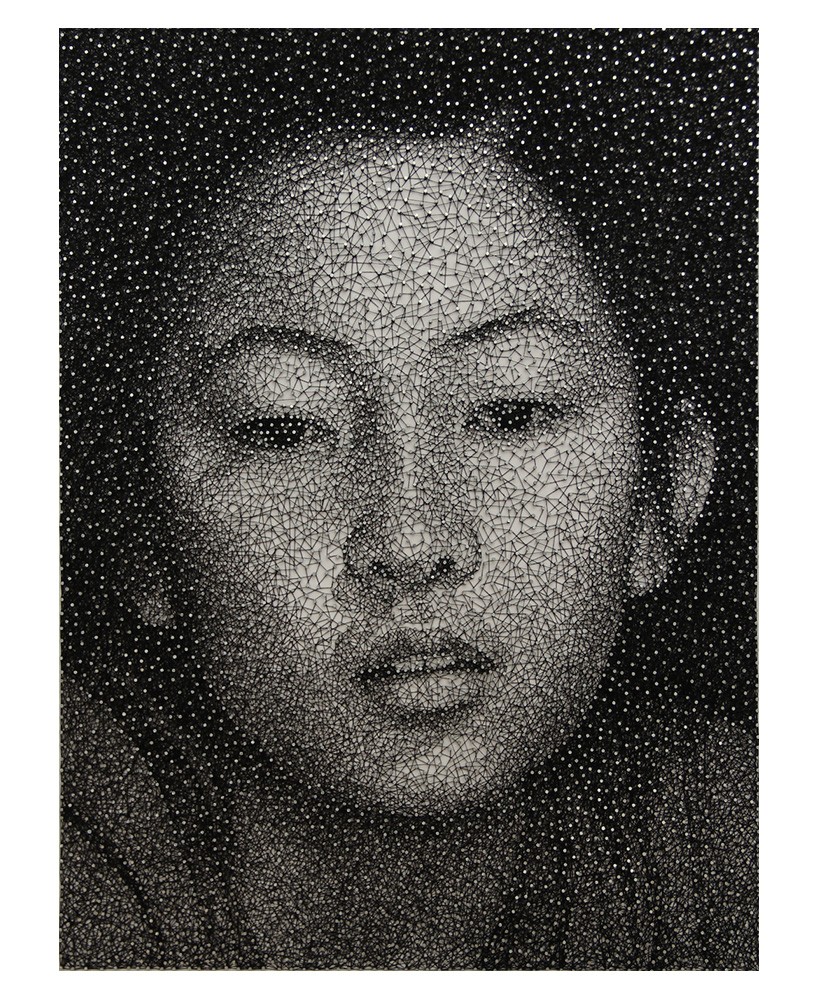 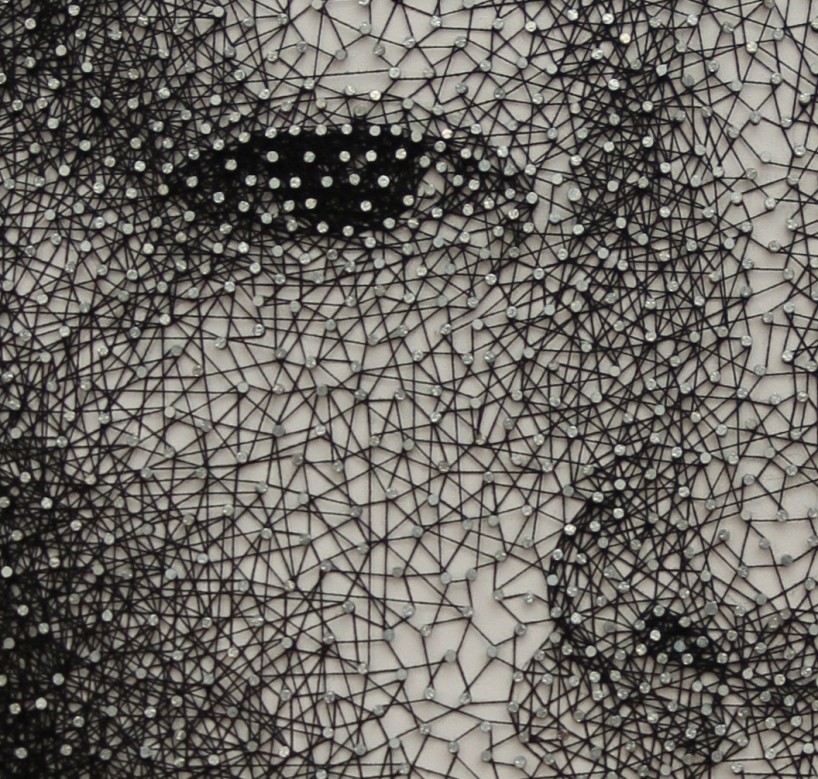 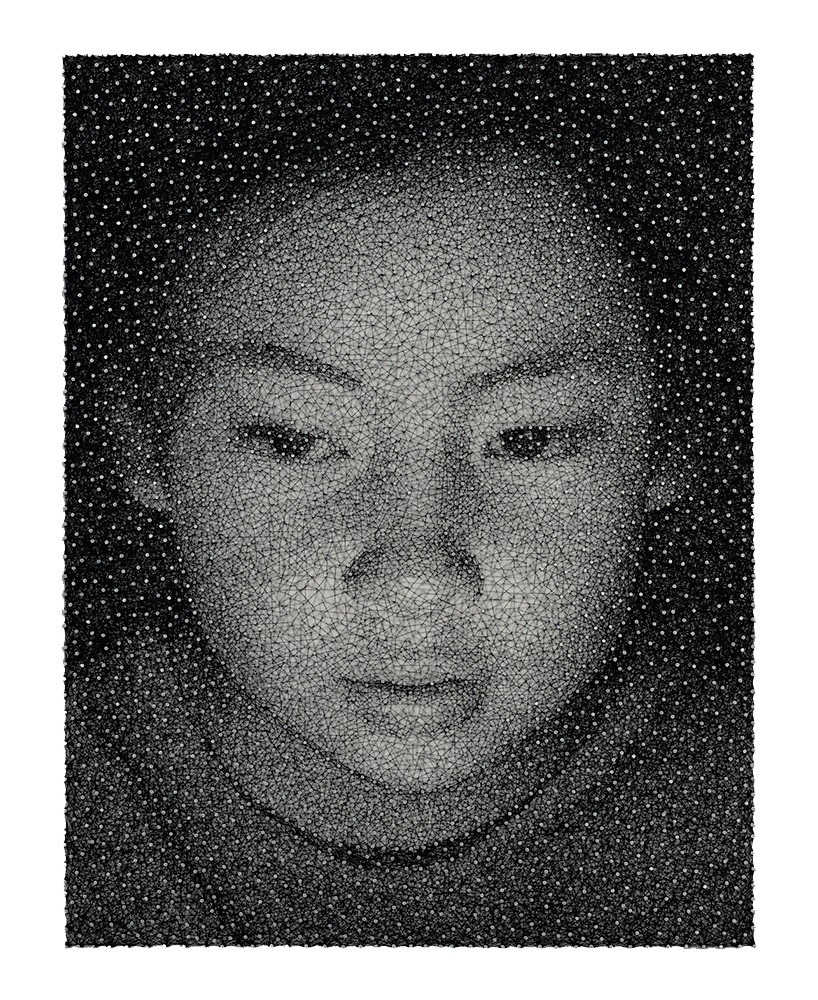 DB: what do you know now that you wish you knew when you were a teenager?

KY: by following your bliss you are serving yourself and the world. 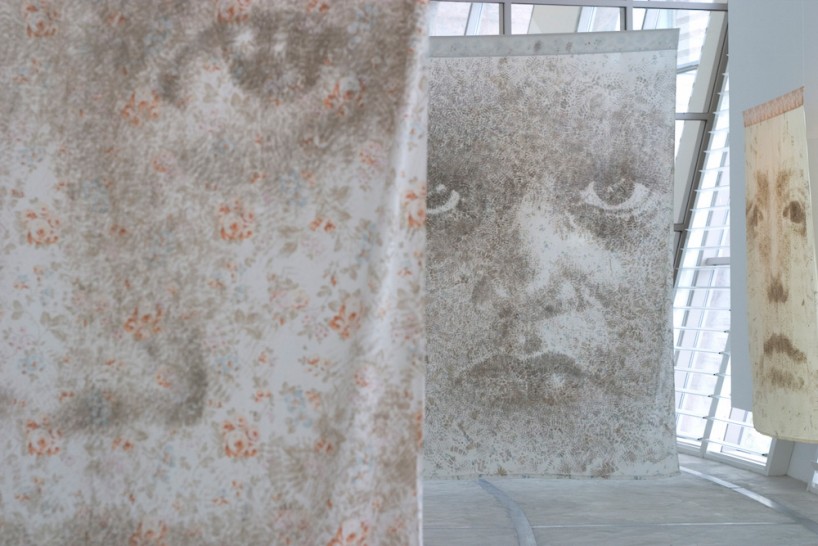 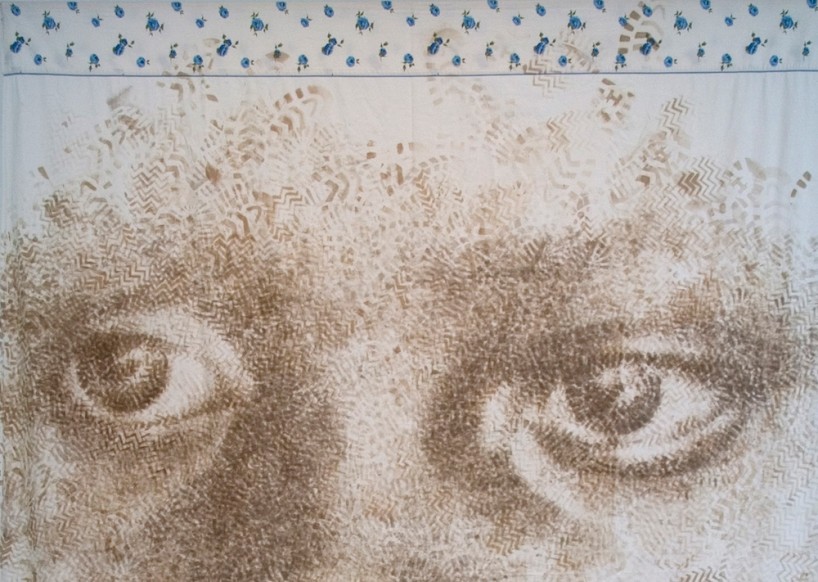 DB: what compels you to create artworks and what other compulsions do you have?

KY: on the most basic level it really comes down to a couple of things. the first is that I feel the most fulfilled when I am involved in the act of making something. I really enjoy using my hands and to be in my studio working just makes me feel good. I also have a desire to connect ­ to communicate and share with others my thoughts or feelings. making art allows me to do that and also opens up channels for wonderful interactions and experiences with others. 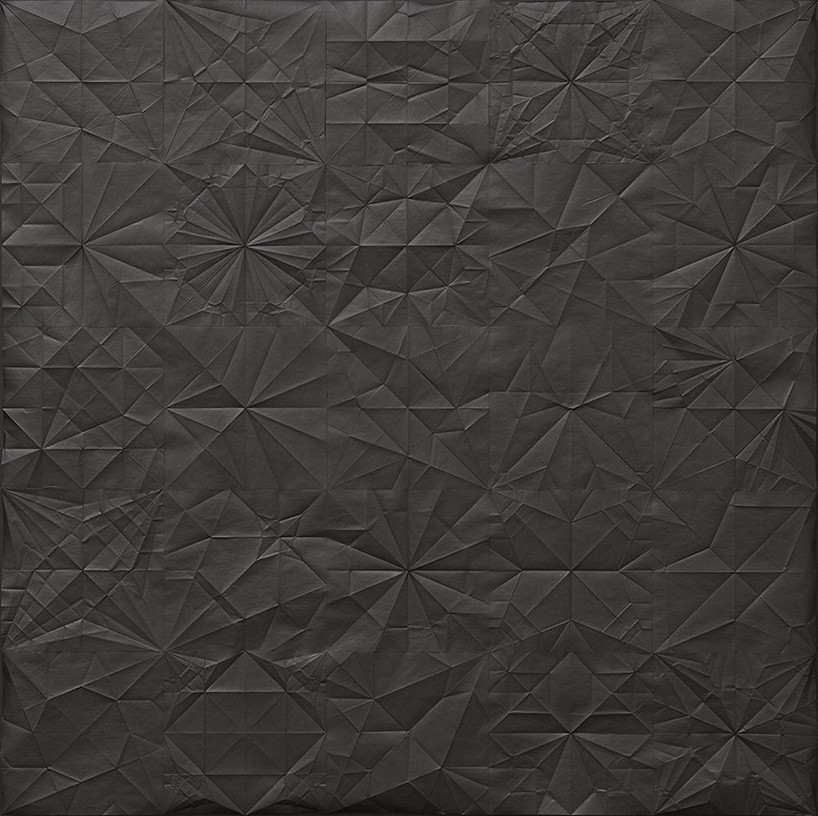 KY: I’m working to break free from superstitions. back in japan, we have one too many and if you believed in every one of them you wouldn’t be able to leave your futon. however, there is such a thing called ‘kotodama’ which literally means ‘word­spirit’. a belief that mystical powers dwell in words and that uttered words can affect events in life. so I try to be conscious of what I say. it’s a good habit anyway.

DB: what’s the last thing that made you say ‘wow’ ?

KY: all the kind acts in the world. countless ‘wow’s.