is it dubai? is it hong kong? new york? singapore? toronto? vancouver? or all of the above?

photographer and art director laird kay looks at the virtually indistinguishable line between architectural artificiality and reality through the series, ‘LEGO city’. the stylized compositions — conceived and meticulously constructed by kay’s husband and collaborator raymond girard — depict colossal toy brick towers stacked to resemble the urban landscapes of some of the most densely-populated cities on earth.

the seemingly-endless LEGO columns mimic the overwhelming concentration of buildings captured by michael wolf in hong kong last year, or the panorama of skyscrapers piercing dubai clouds, as documented by daniel cheong — illustrating an indifference to place and culture when constructing contemporary cityscapes. ‘cities used to be the result of collective will and a desire to shape – to control – our environments. they were expressions of the things that happened in them,’ kay says. ‘now they’re about branding and image. like plastic, like ‘LEGO city’, they’re no longer built to last – they can be pulled down when fashions change. ‘LEGO city’ expresses the modern absence of community in city-shaping.’ 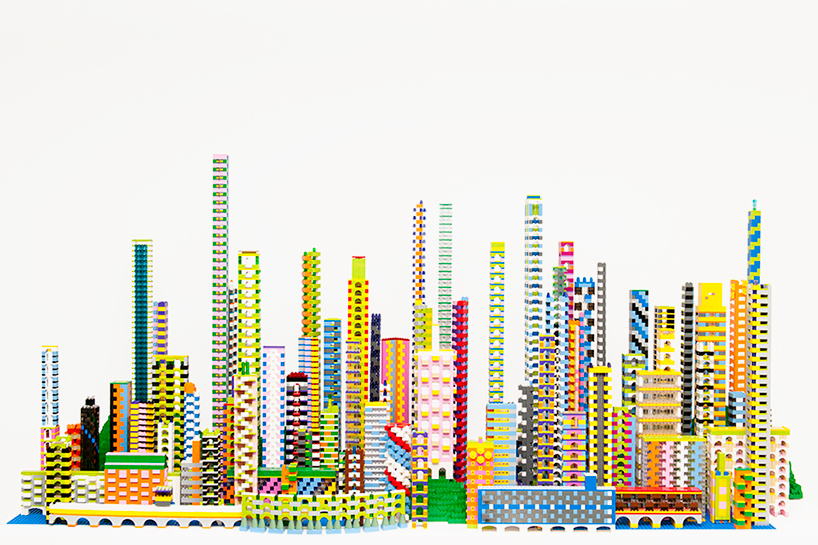 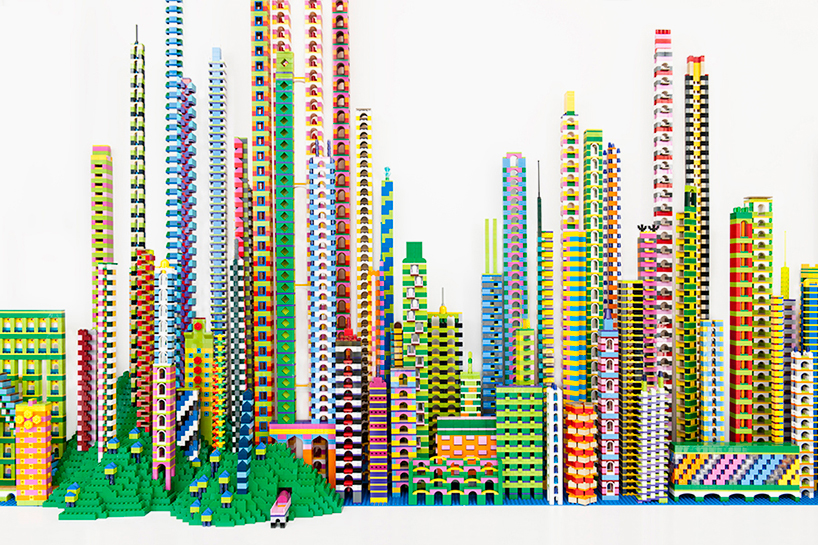 ‘approaching from the east’ 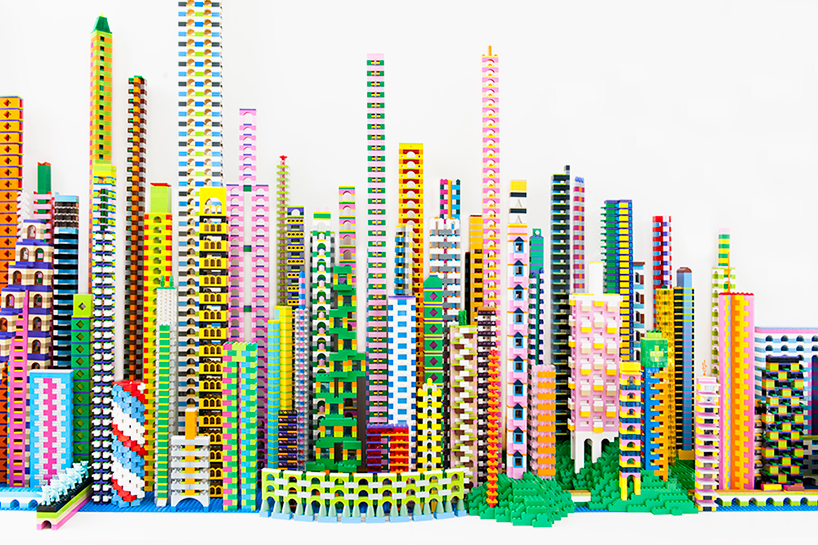 ‘approaching from the west’ 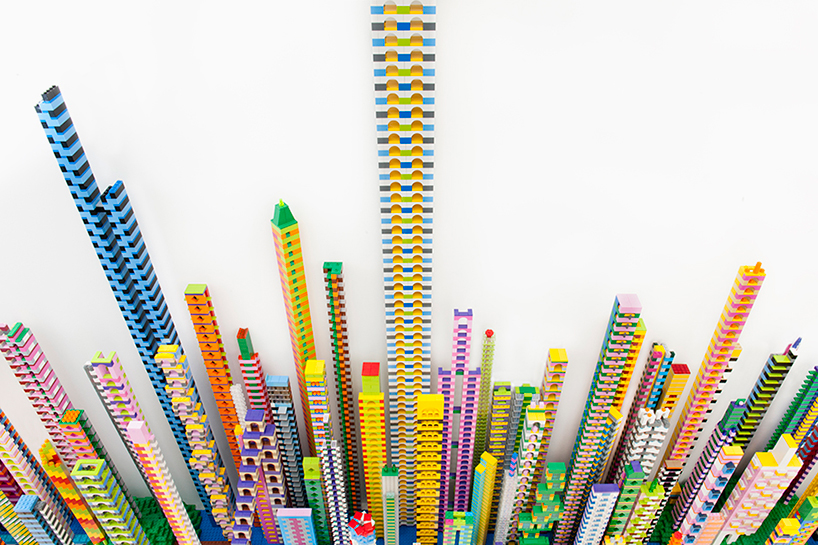 ‘view from the helicopter’ 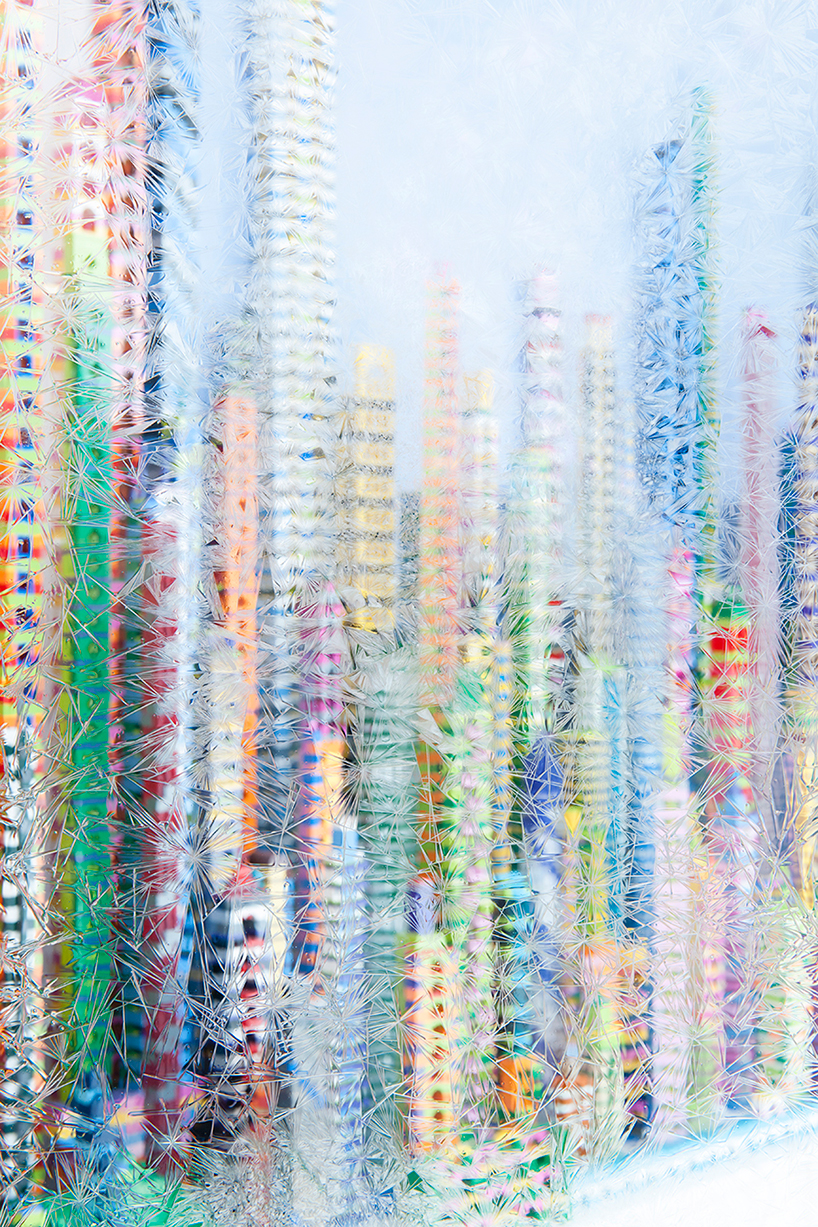 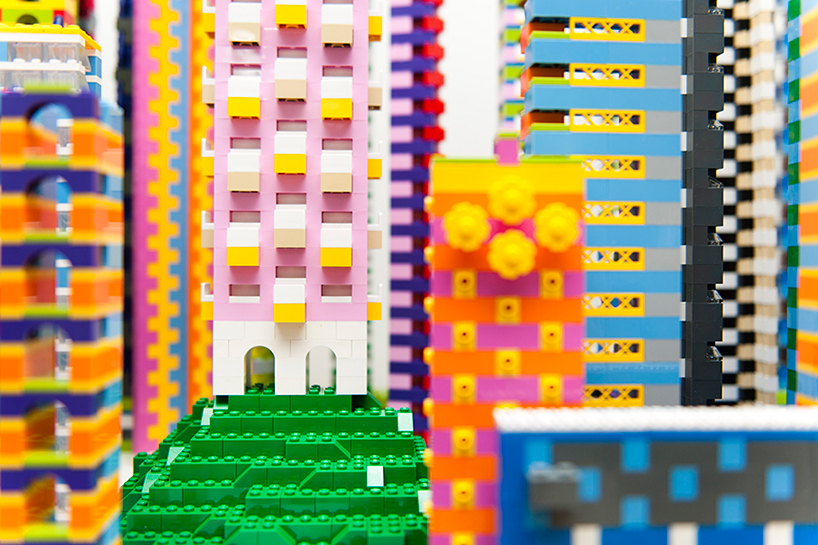 ‘hotel on a the hill’ 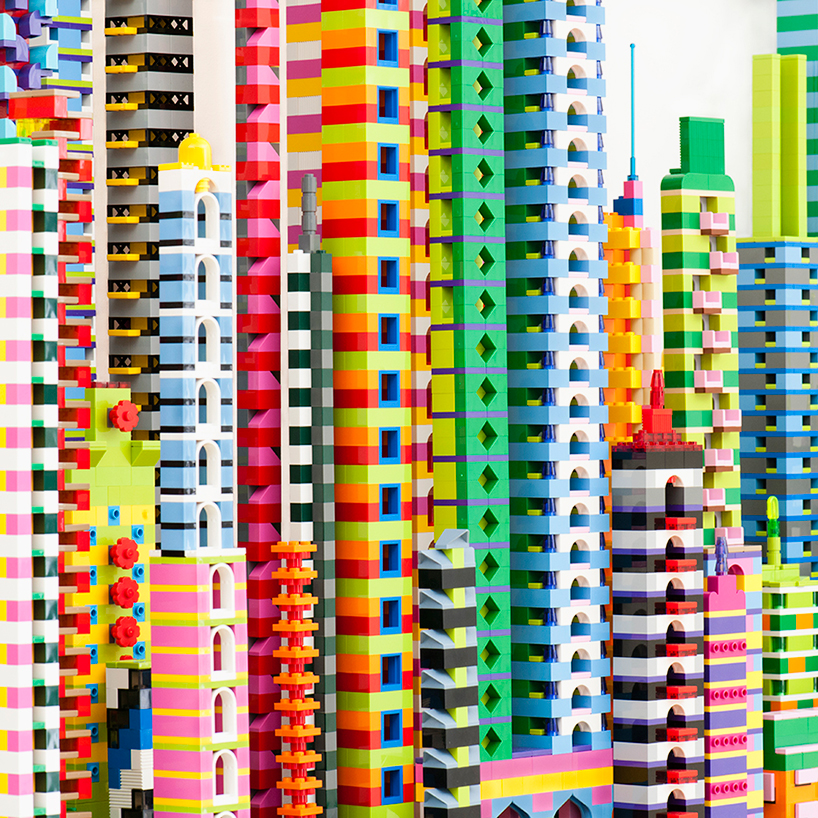 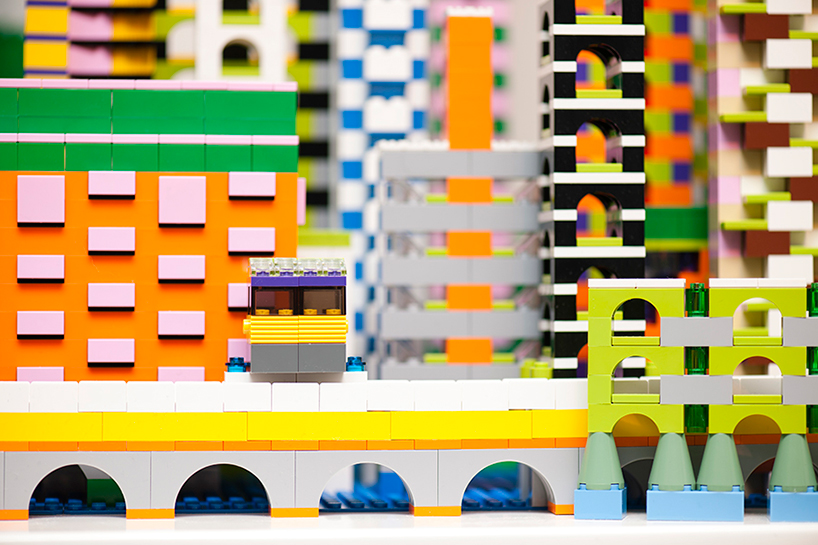 ‘tram on the viaduct’ 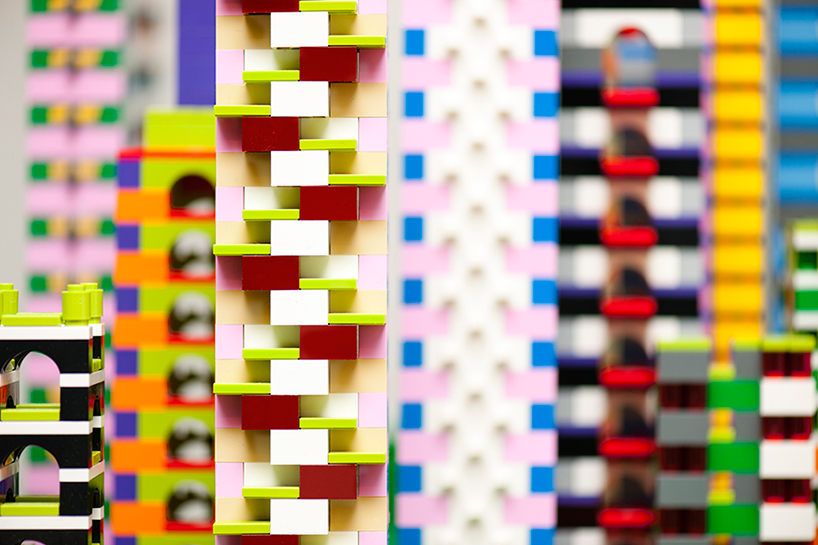 ‘power station lighting up the city’ 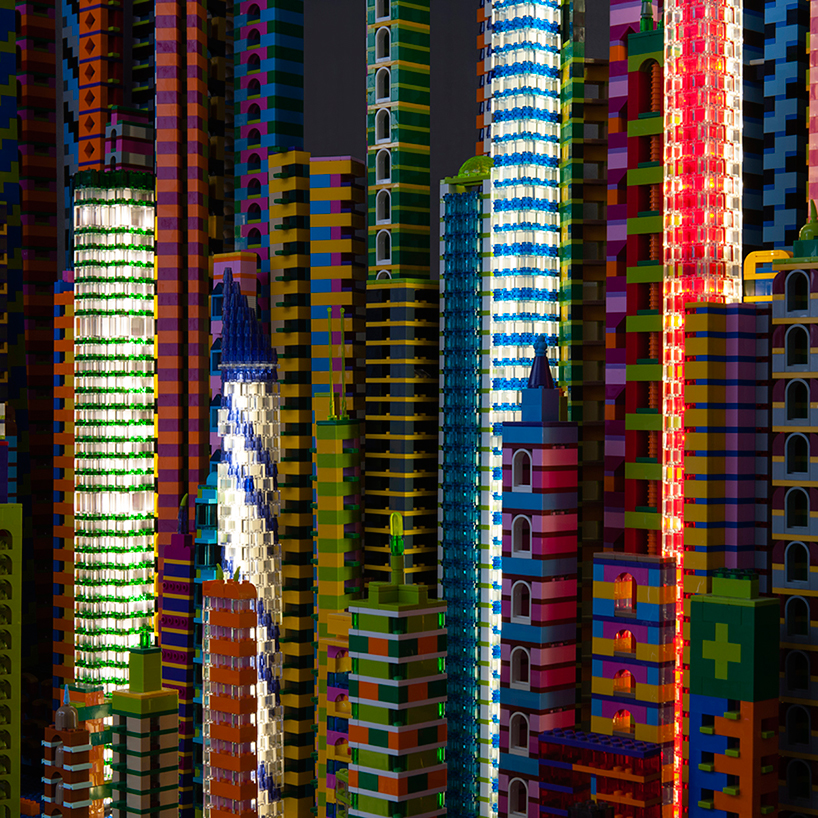 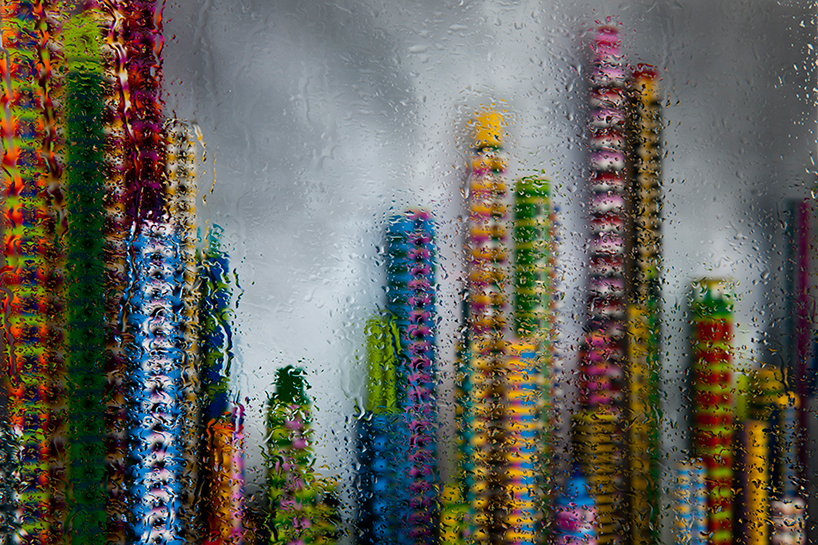 ‘before the summer rains’ 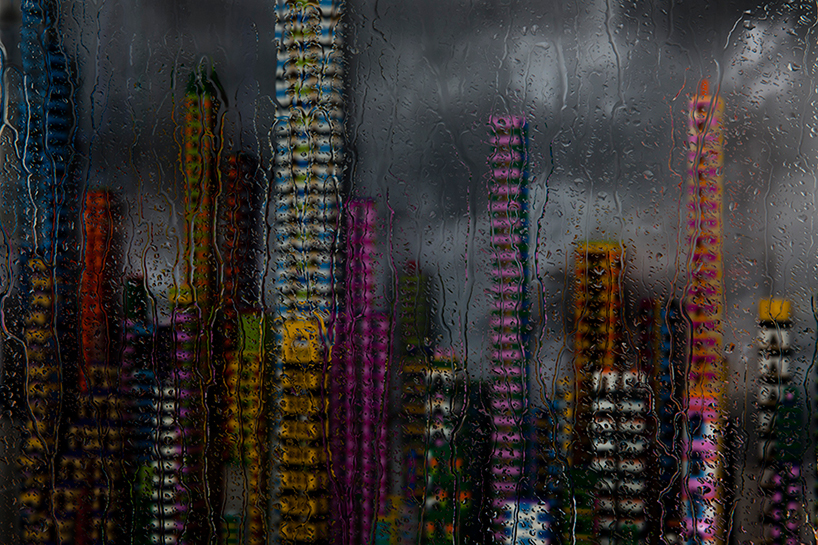 ‘after the summer rains’