in recent days, a lake in southern france has turned blood-red, a phenomenon that scientists explain is the result of high salt concentration. passing through the region by car, russian photographer sam dobson documented the event, reflecting: ‘every small branch is covered with crystals. with the red water as a background it looks like something extra-terrestrial.’

the unusually hued lake is one of several salt flats in camargue, france, a delta region where the rhône river meets the sea.  only one among the flats is currently affected: the normally blue water has become bright red and orange, and salt crystals have formed atop plants, rocks, sticks, and any other surface in the lake. culinary aficionados may be familiar with the area as the home to ‘riz rouge’, camargue red rice, whose colour is likewise the result of the high salt content of its growth habitat. 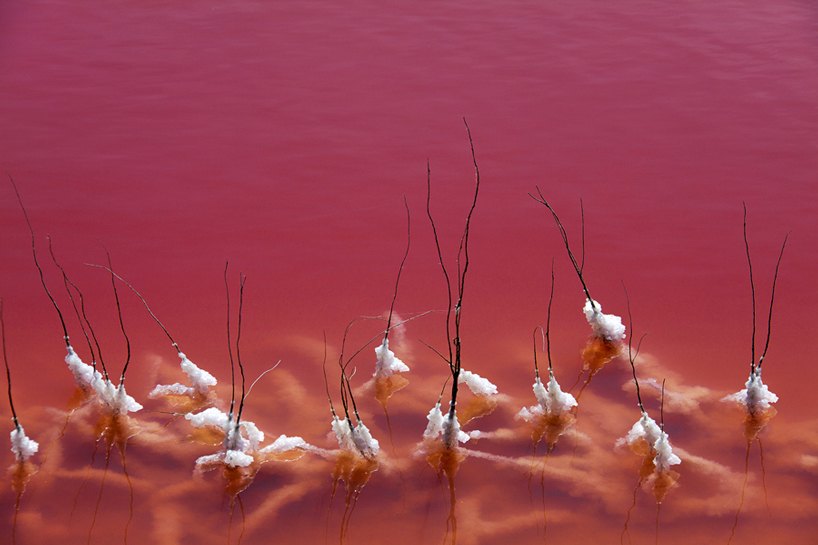 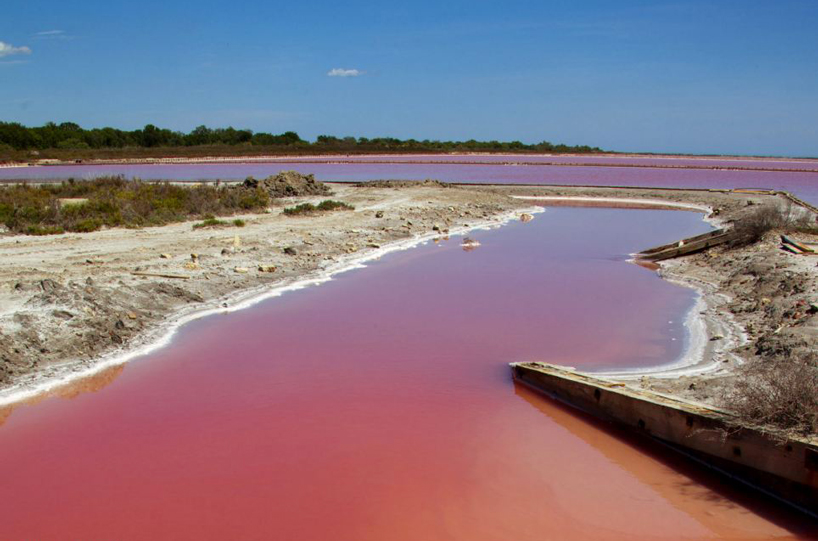 although the lake in camargue has turned red for natural reasons, the visual effect is eerily reminiscent of the photographic series by spanish photographer palíndromo mészáros of the aftermath of a waste spill in hungary: ‘photographs capture town stained red by hungary’s 2010 toxic waste spill‘.