french photographer laurent chéhère‘s ongoing ‘flying houses’ series takes cues from his love of cinema and personal wanderings around little-known neighborhoods of his hometown of paris. five, never-before-exhibited images from the series are presented by muriel guépin, NY from now until february 22, 2015, each depicting a dreamlike world of airborne architecture. the whimsical collection — which marry digital manipulation with analog photography — sees buildings, homes, tents and trailers removed from their usual urban and suburban backgrounds and float in the air like weightless balloons. 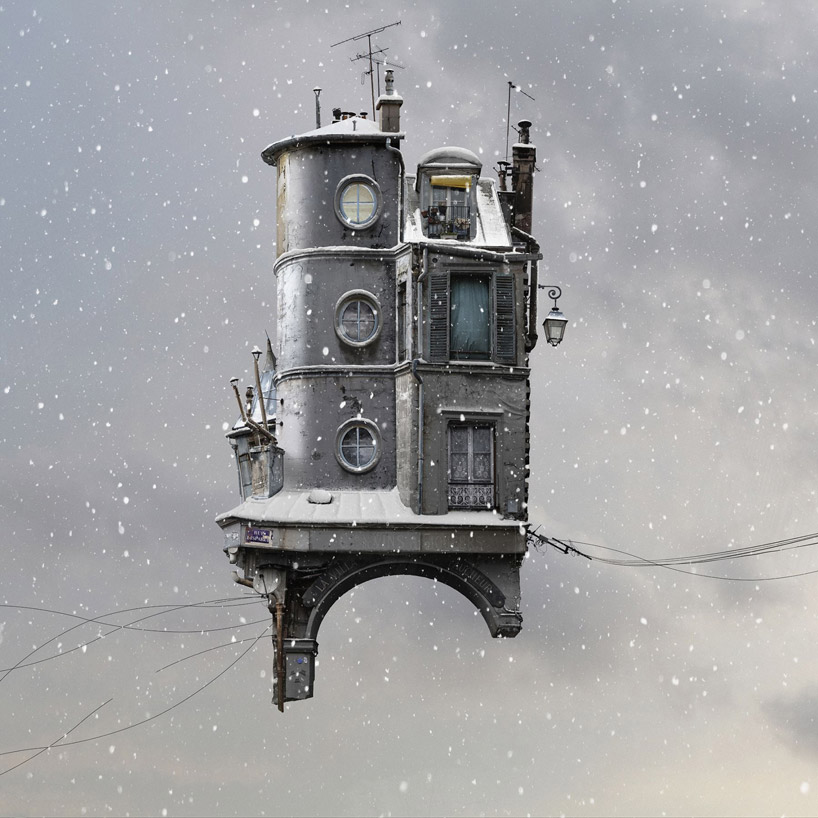 the scenes range from quite realistic to completely surreal. ‘nature morte / still life’ features a zoo-full of animals whimsically floating into the air while ‘max’ sees a typical-looking hotel block hovering in the sky. 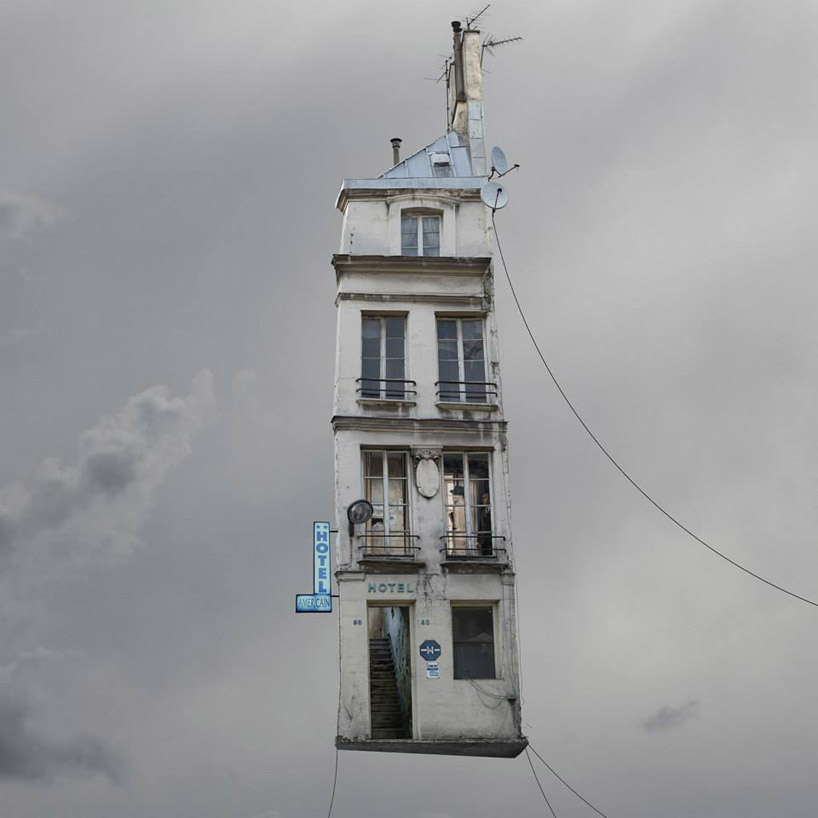 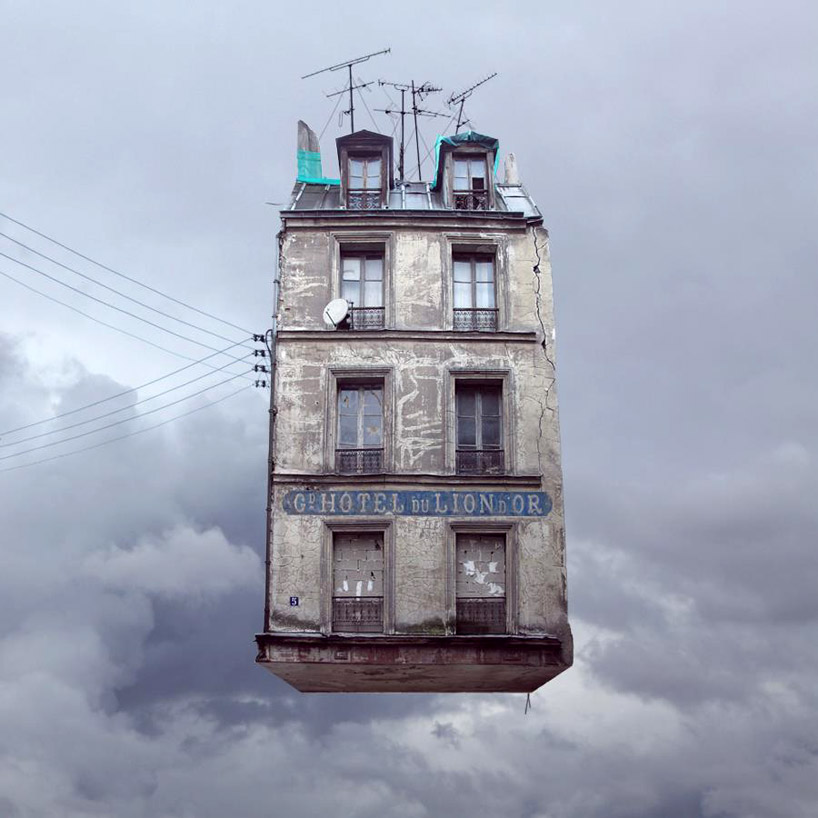 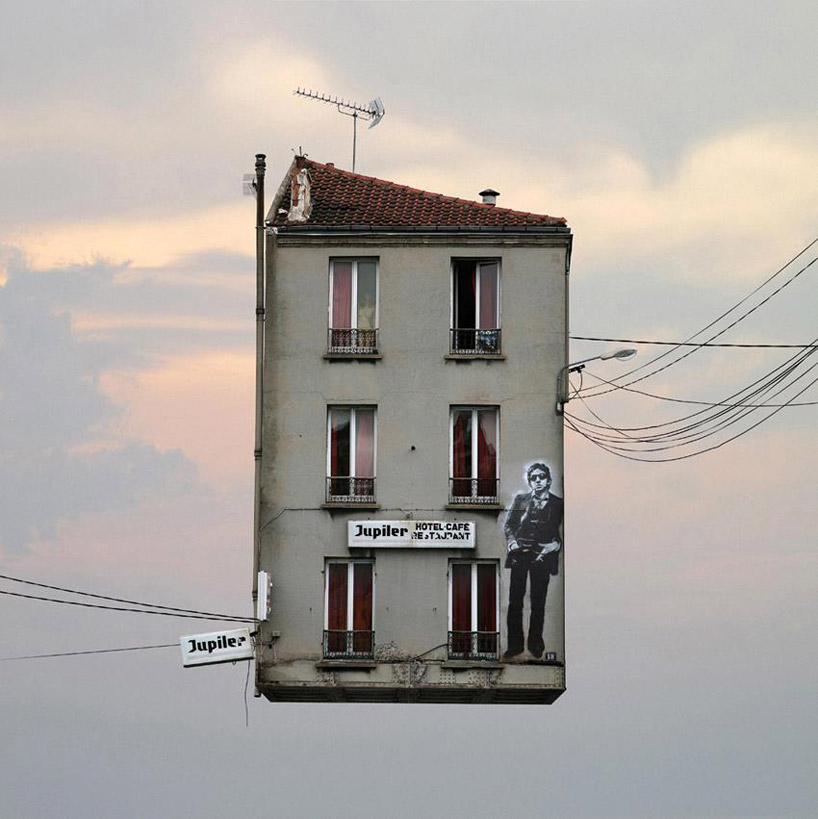 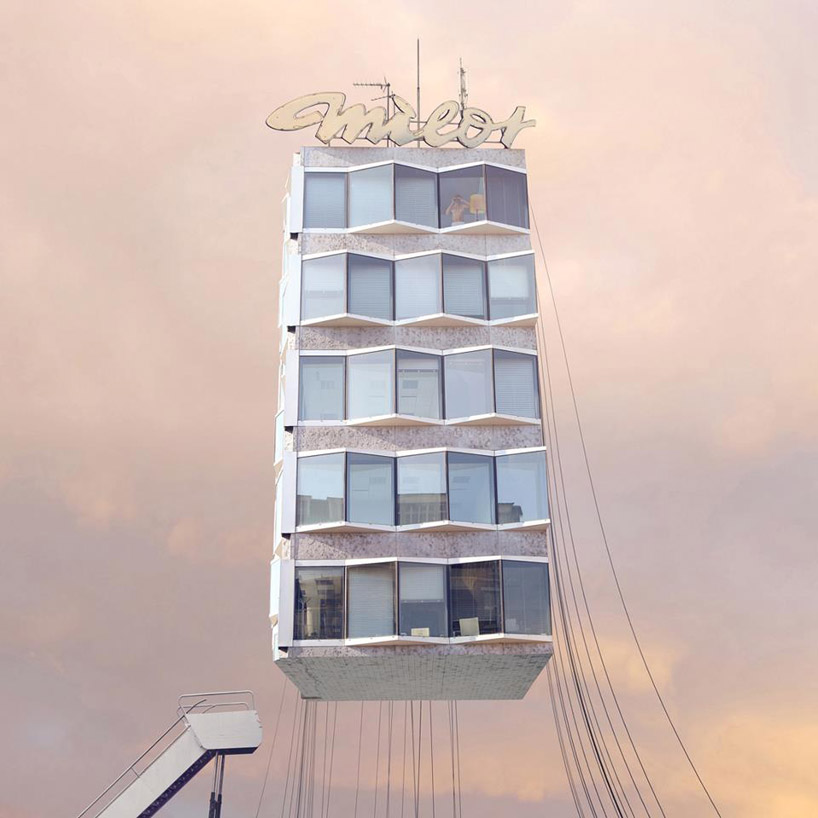 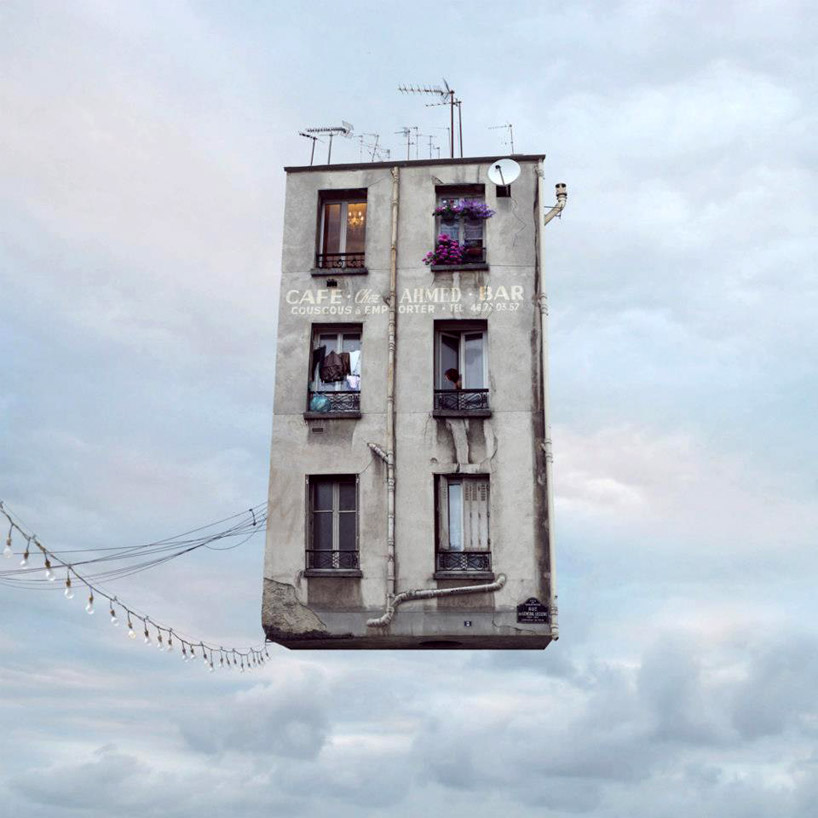 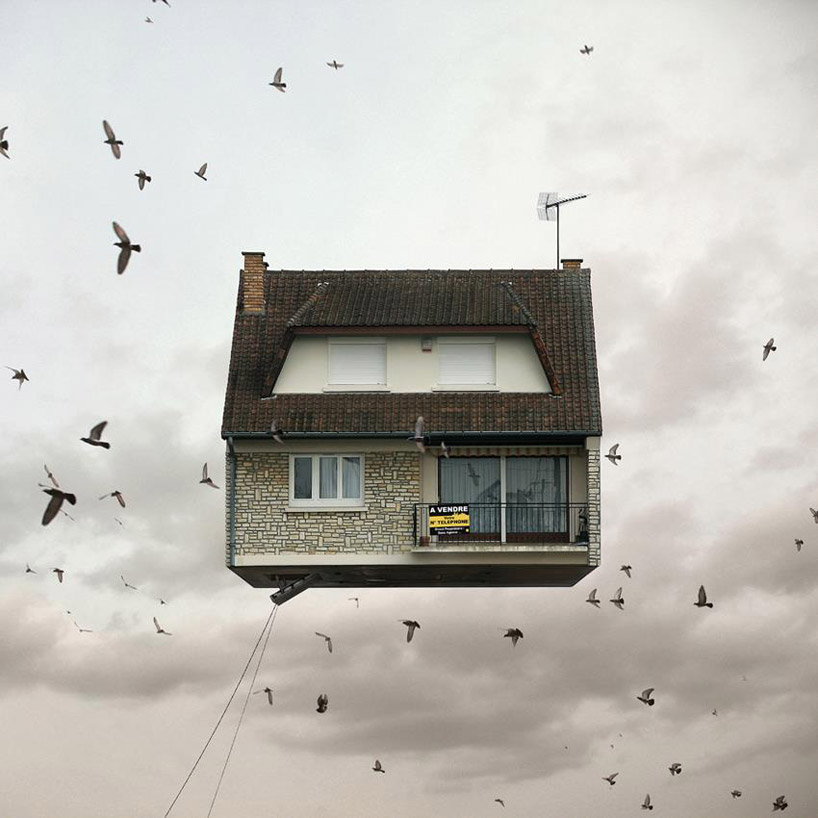 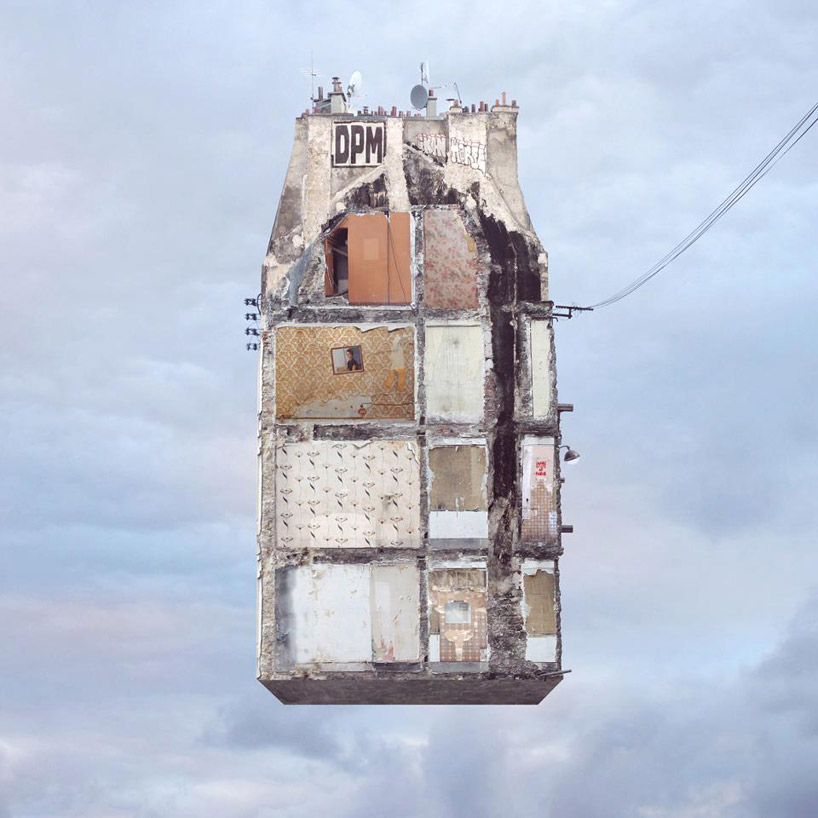 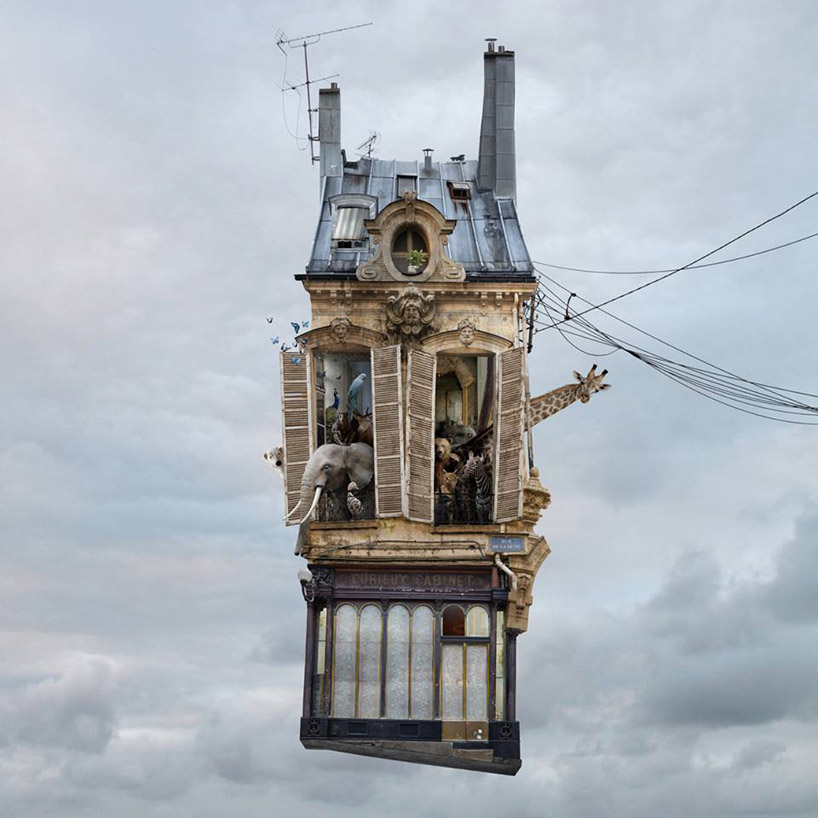 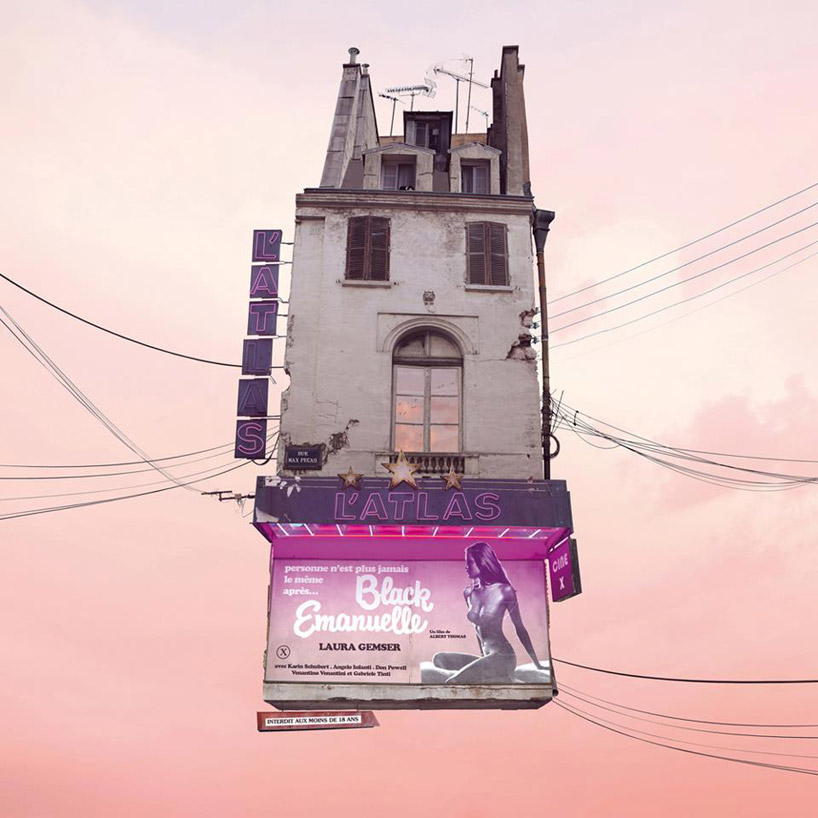 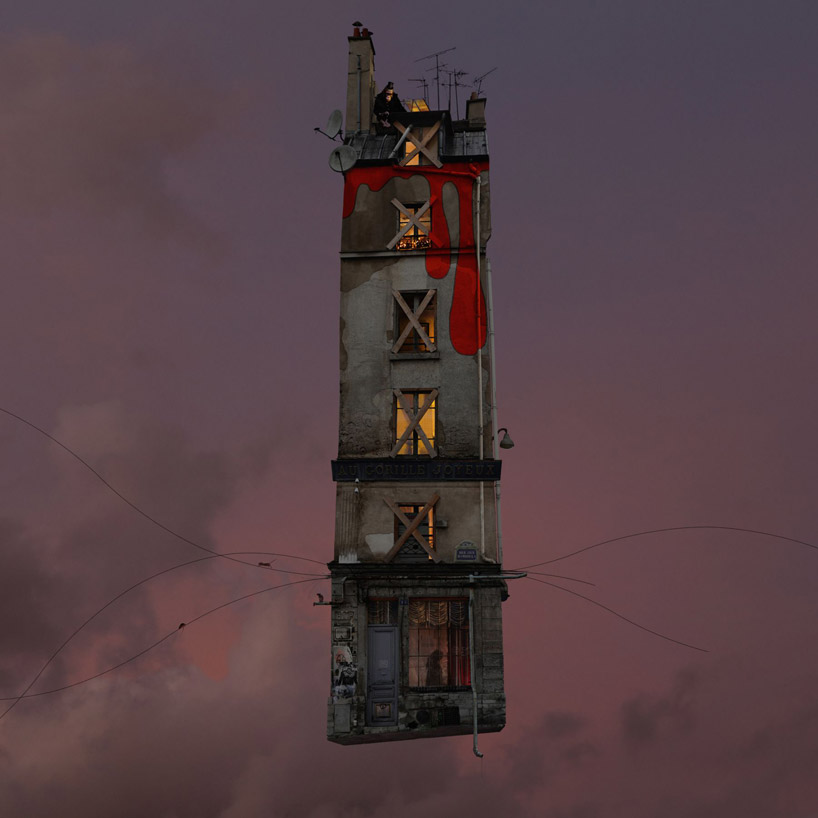 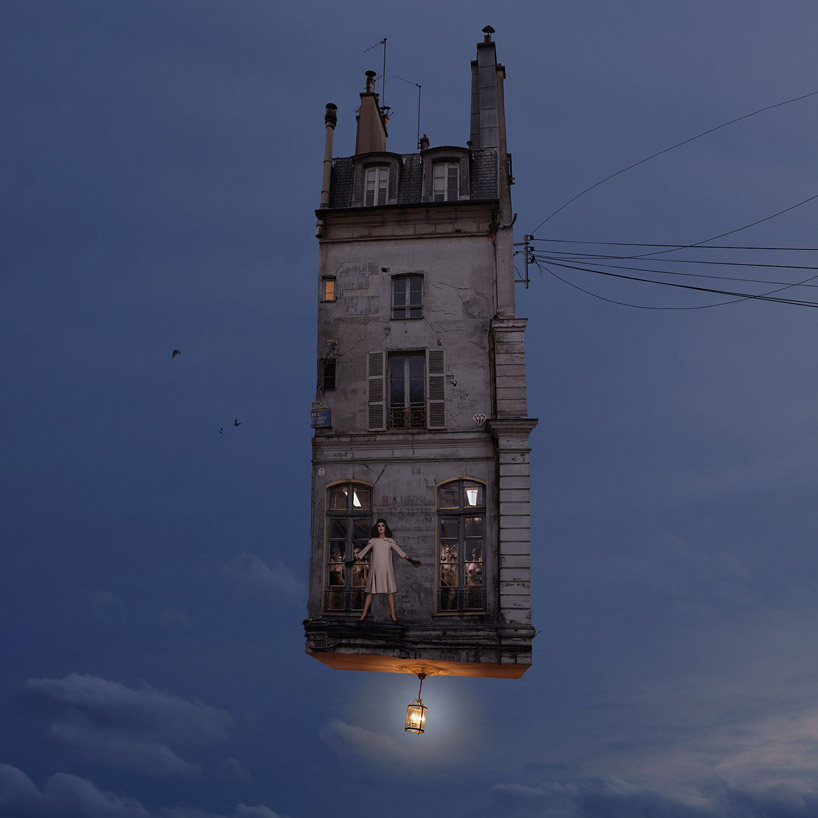 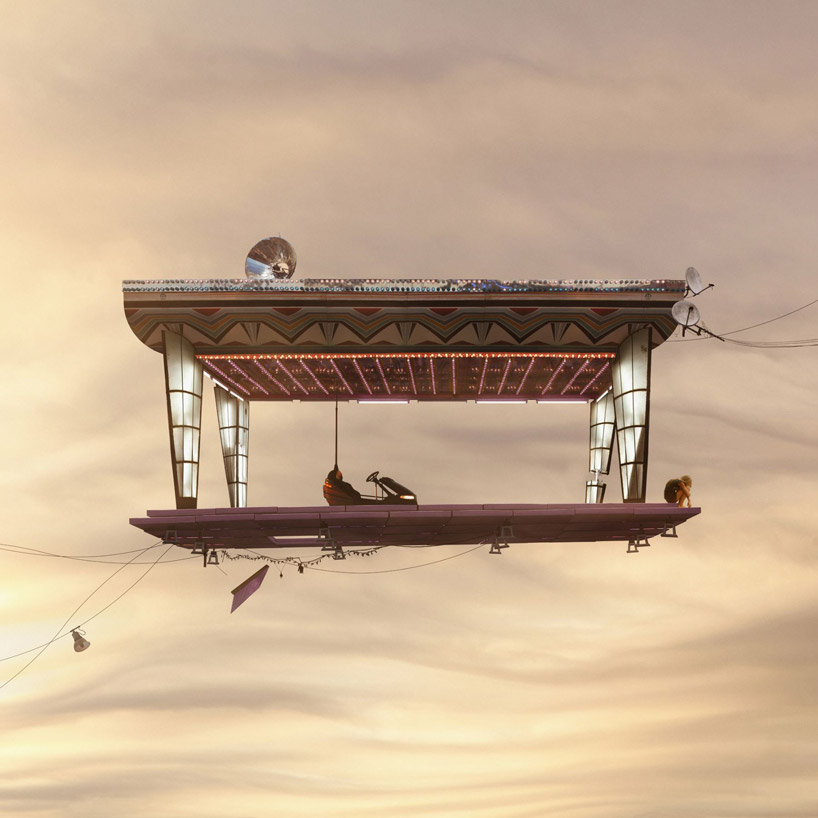 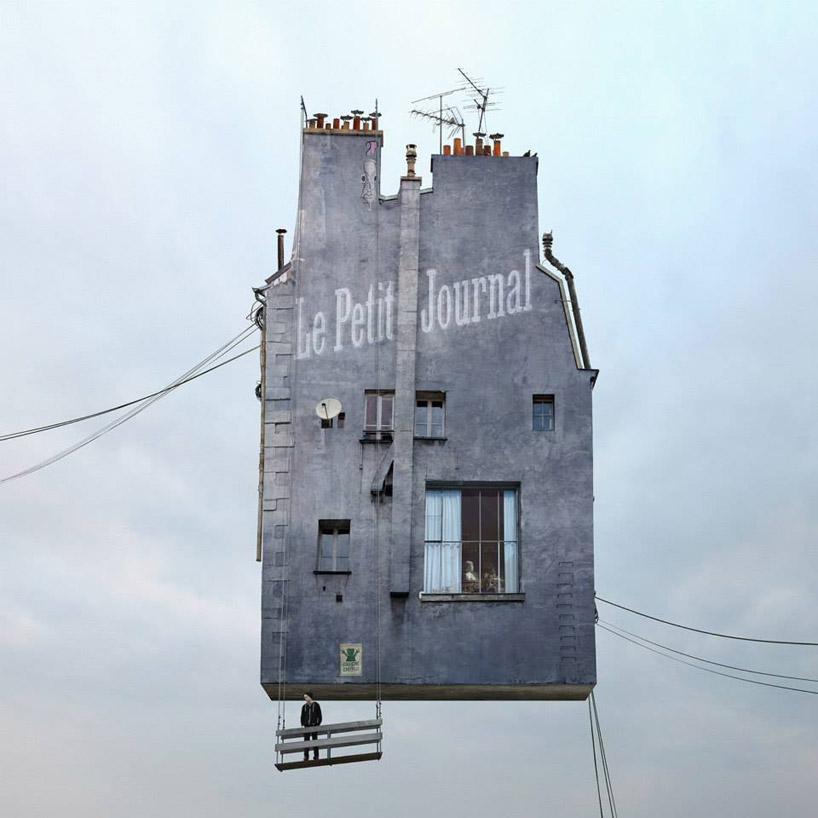 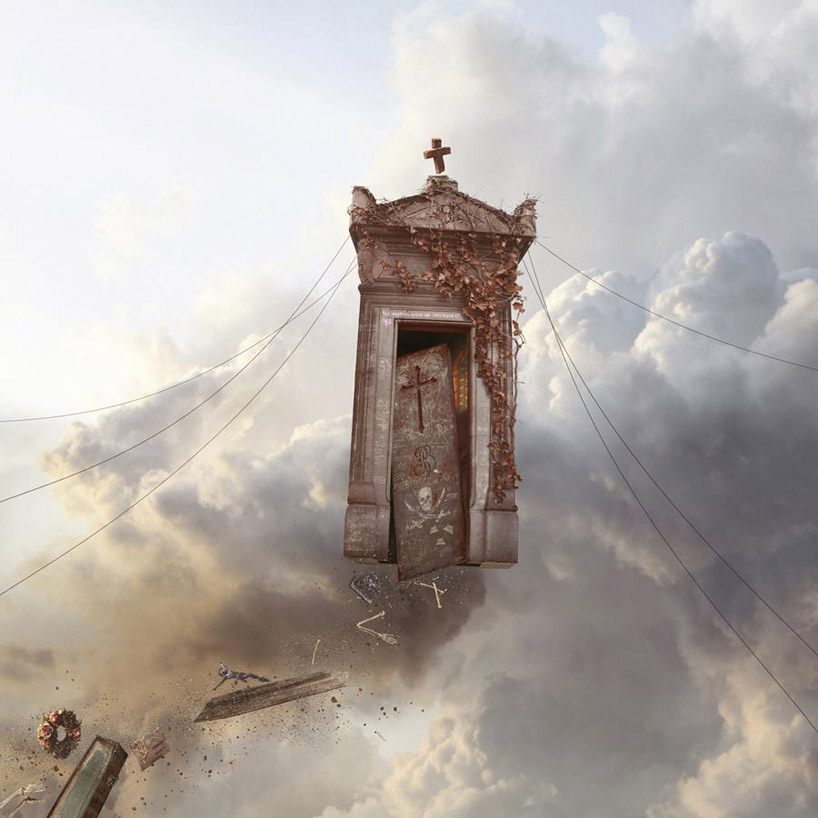 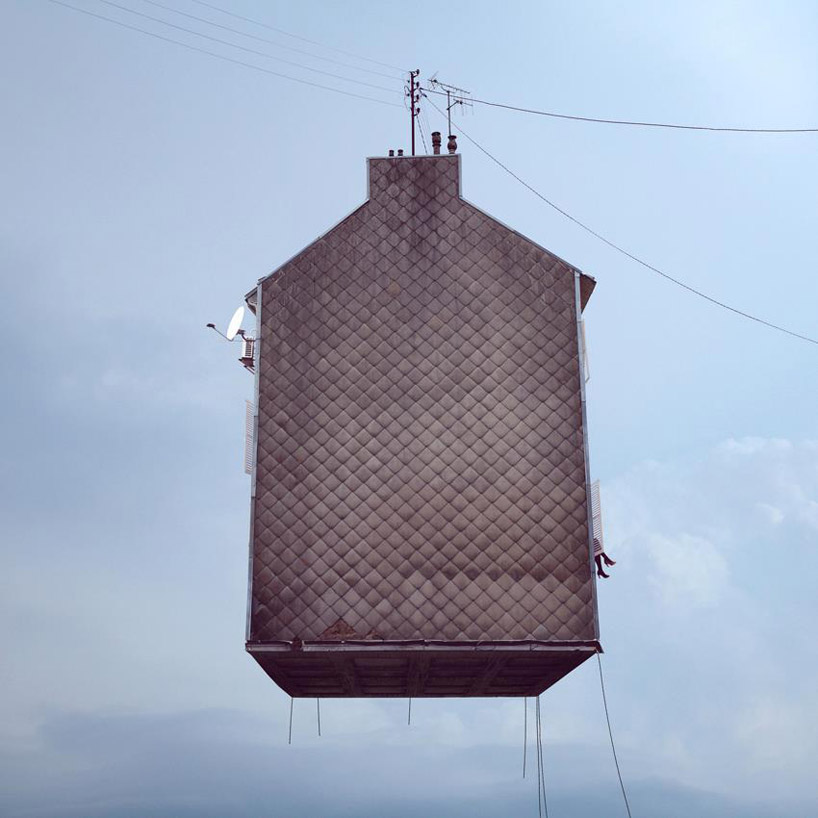 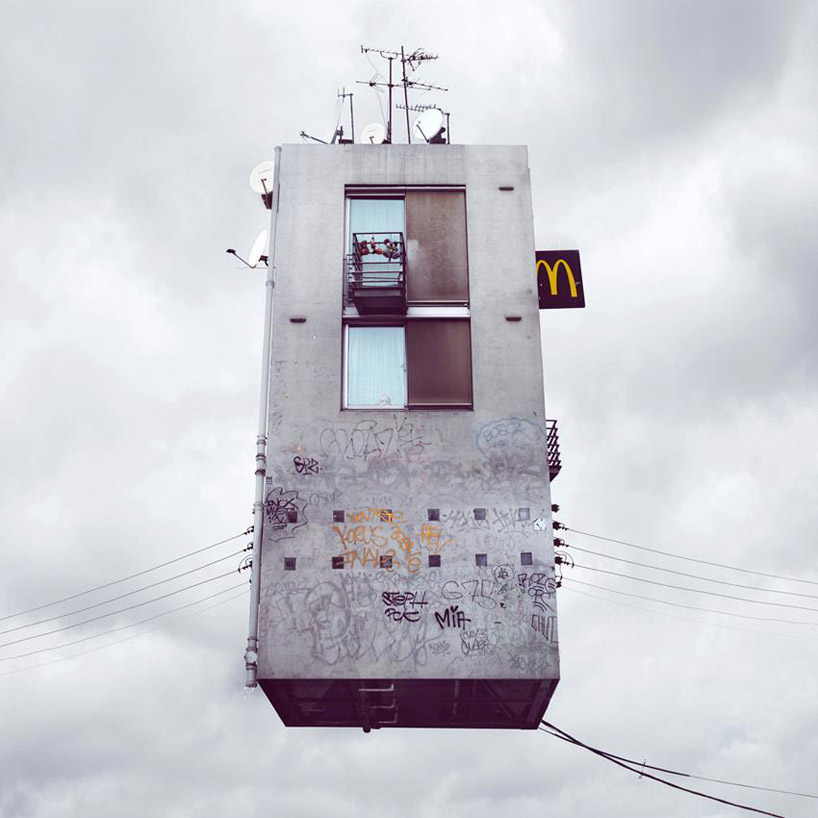 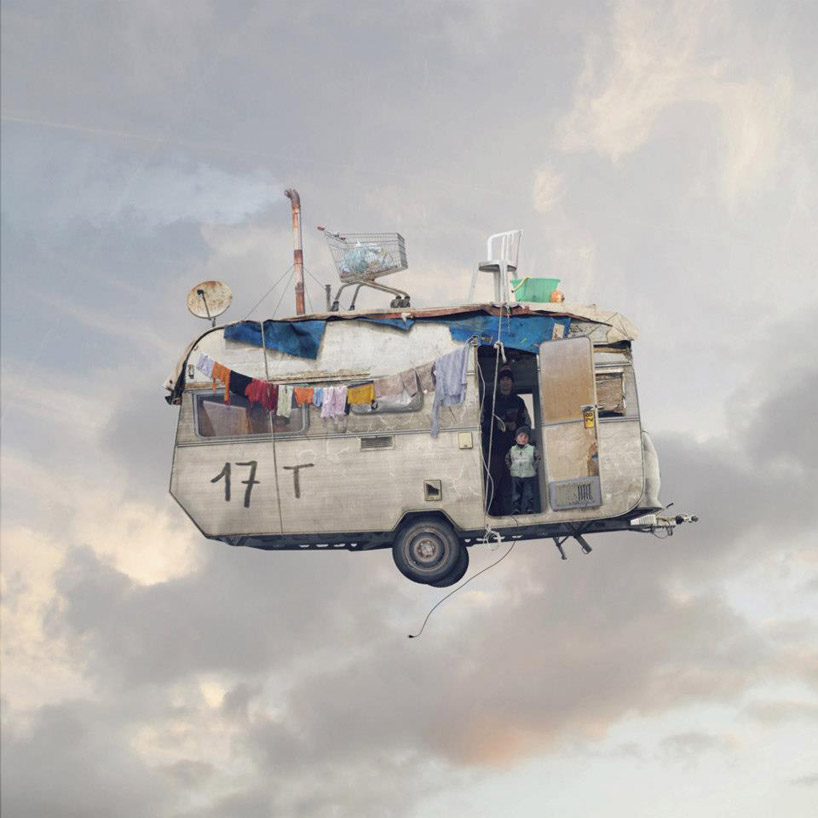 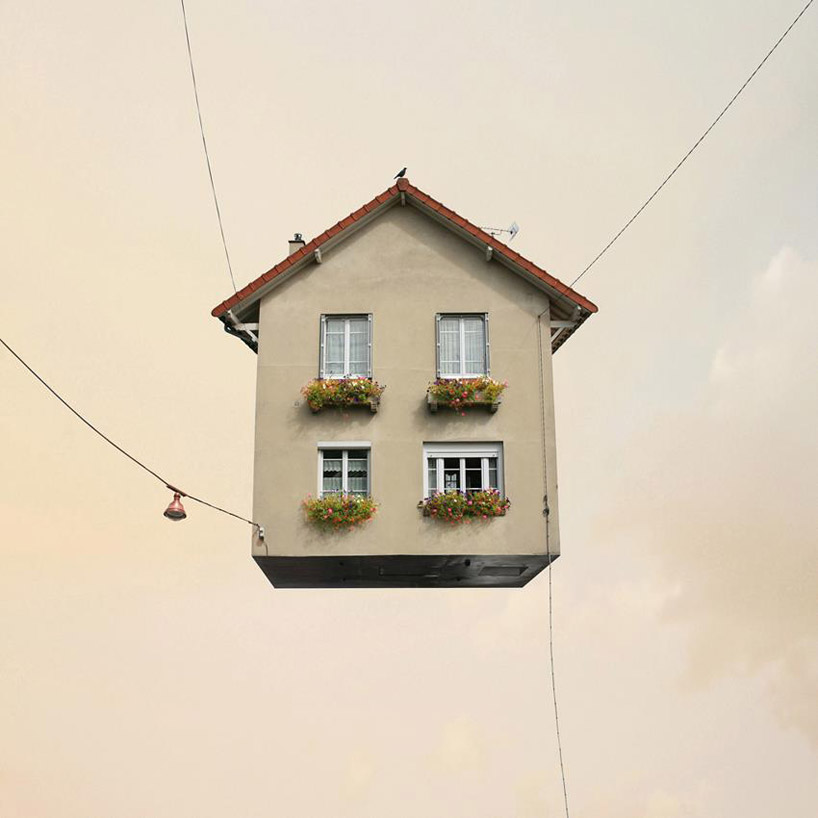 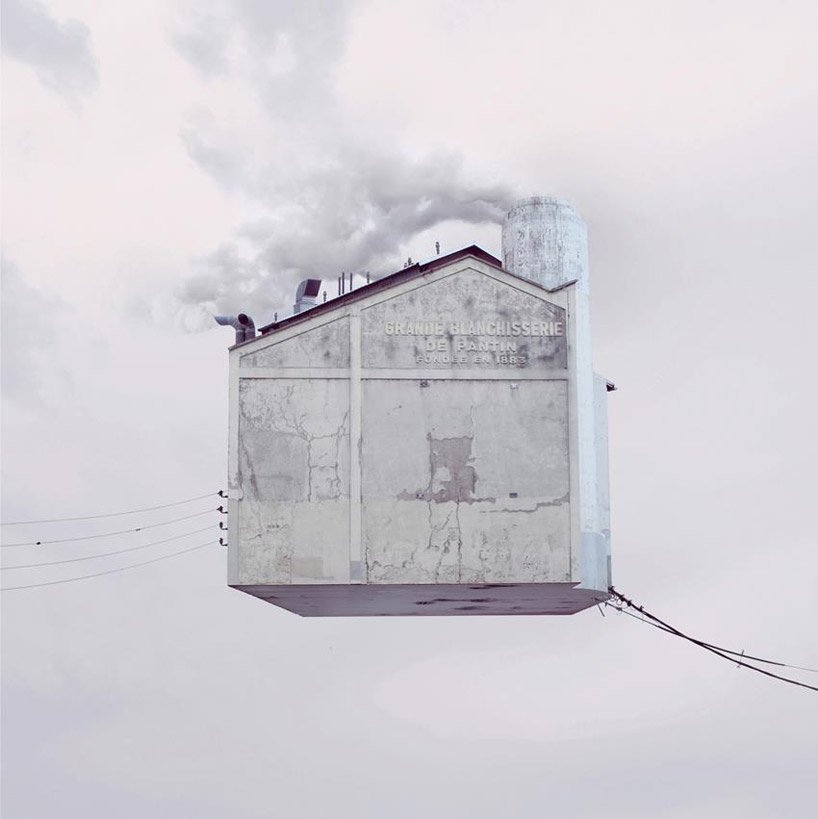