leandro erlich’s house is pulled by the roots in karlsruhe
all images courtesy of ZKM | karlsruhe, stadtmarketing karlsruhe and karlsruher schieneninfrasturktur-gesellschaft

karlsruhe, germany’s summer festival ‘the city is the star’ presents a selection of large-scale sculptures, performances and interventions by international artists that have been curated by the ZKM | center for art and media. through the event, the cultural institution seeks to extend the aesthetics of the everyday, and so-called mundane and poor materials, to the city’s construction sites, looking to change people’s perception of these typically overlooked plots. 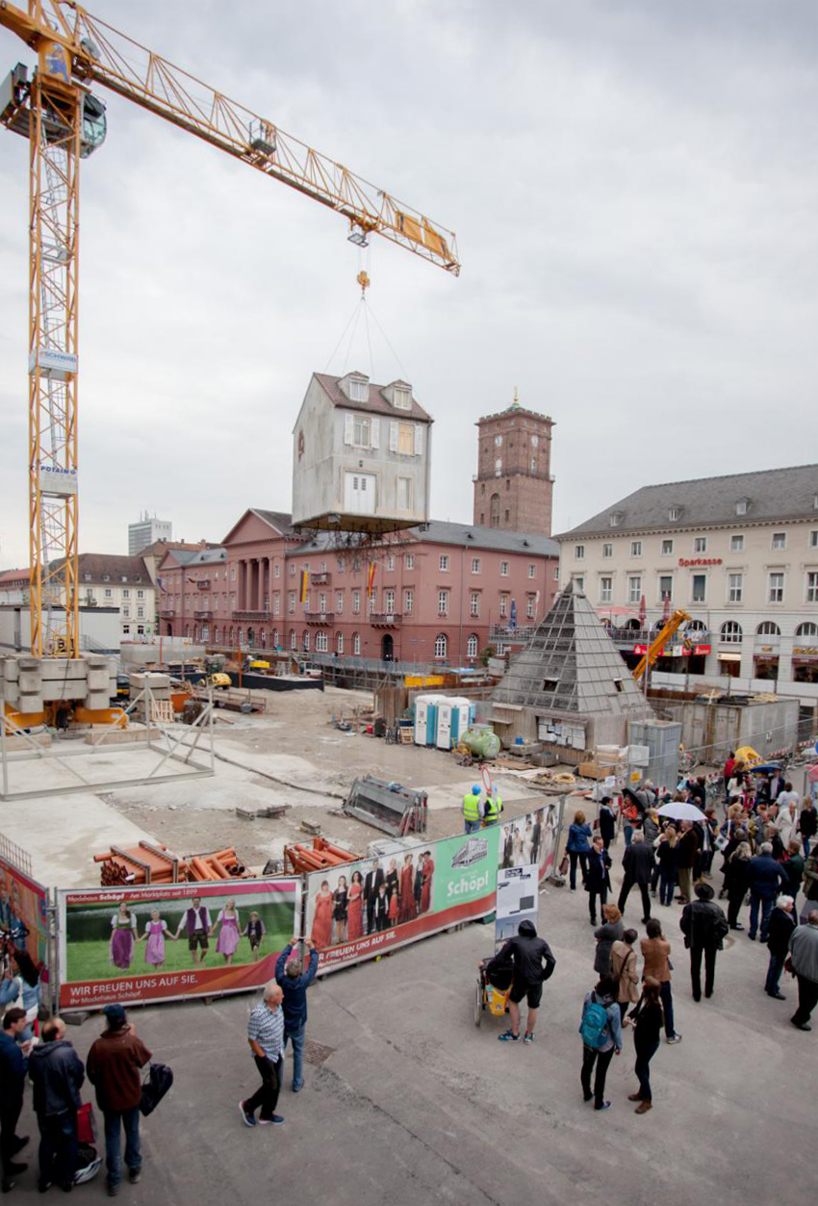 the argentinian artist suspends a dwelling by crane in midair

at the heart of the exhibition is leandro erlich‘s ‘pulled by the roots’. known for his hyperreal sculptures and installations, the argentinian artist’s work sees a building crane bearing an unusual payload positioned over karlsruhe’s marktplatz — a house hovering in midair by steel ropes. drawing its architectural influences from the historical structures of riedrich weinbrenner, the home has a massive root system at its base which makes it seem as if it has been ripped from of a row of houses in a neighbouring street. 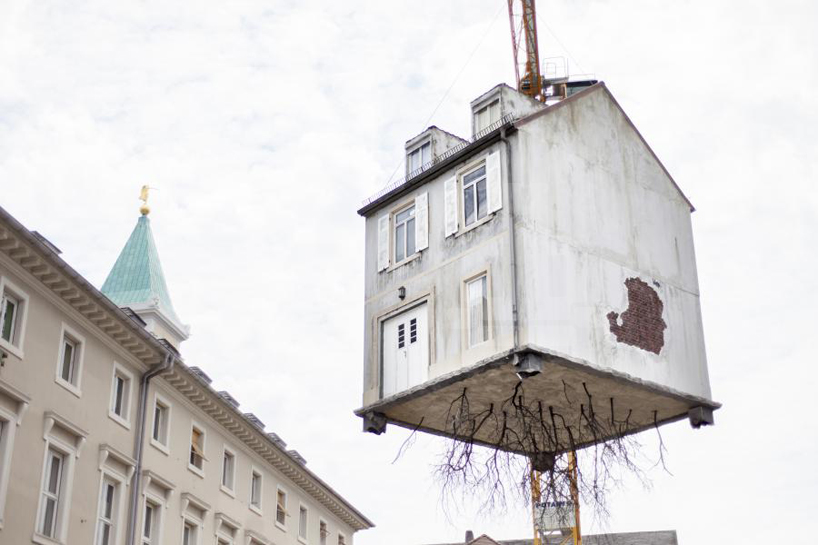 with roots at its base, the house looks as if it has been ripped out of the ground

on show until september 27th, 2015, ‘pulled by the roots’ addresses important global themes including uprooting, migration and simulation. erlich’s use of a civil engineering tool in the context of a house and construction site, adds a provocative element in which at first glance, one may think that the crane driver has made a very big mistake. 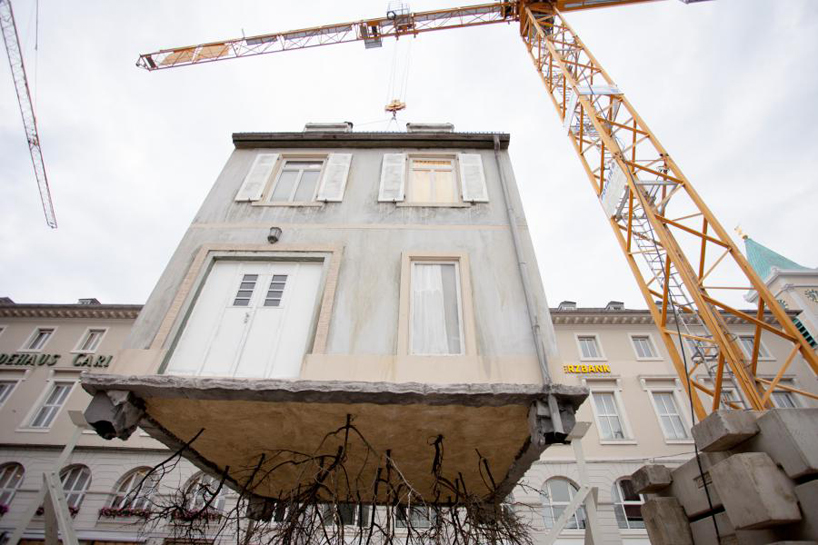 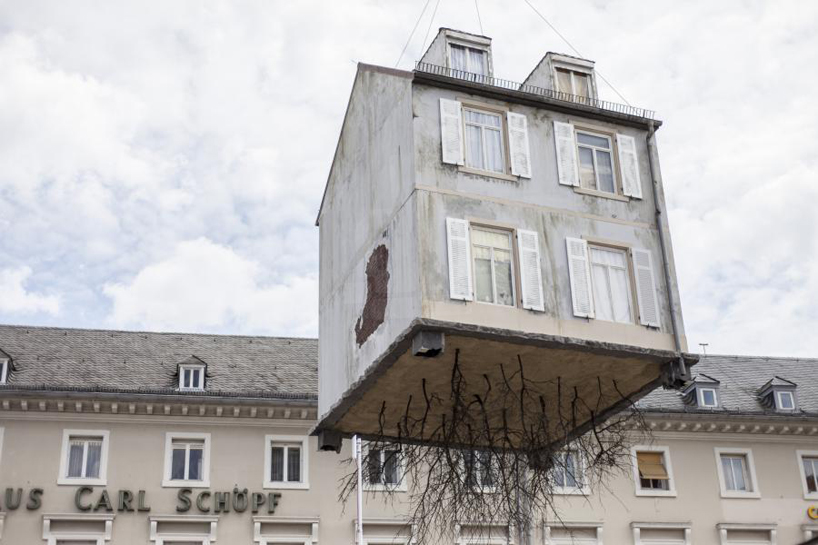 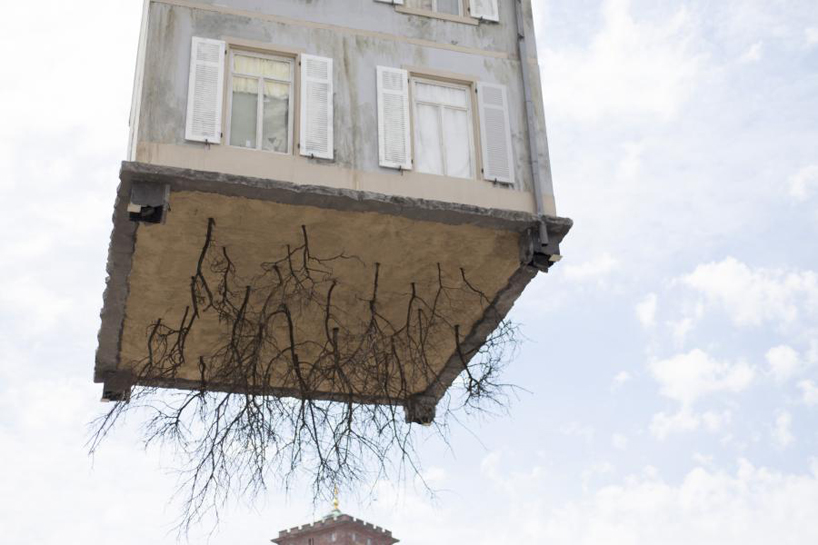 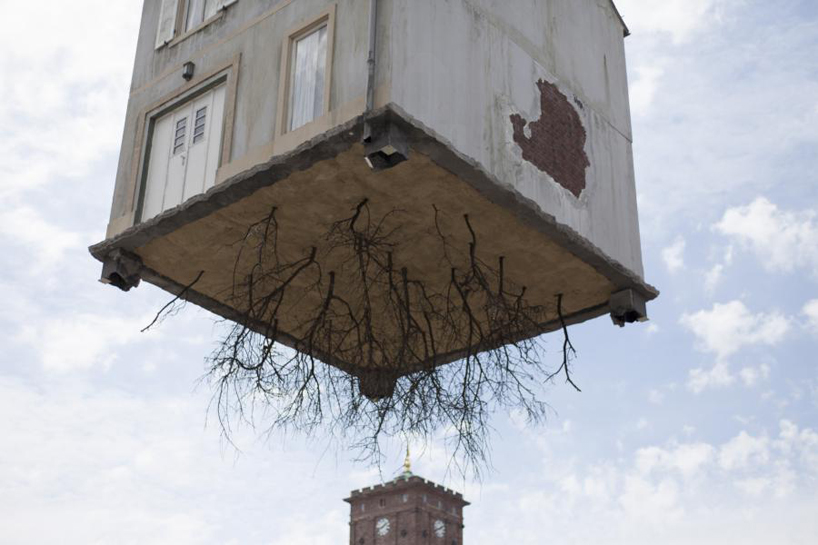 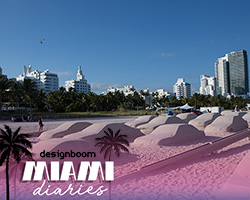