classic cameras are colorfully and contemporarily portrayed in this series of intricately-crafted paper sculptures by seoul-based artist lee jihee. from a 1952 leica IIIf red dial, and its enormous paper flash attachment, to a 1927 tropen adoro, and its accordion-like form, lee jihee carefully sculpts vibrant paper pieces and assembles them into life-sized vintage photo machines. 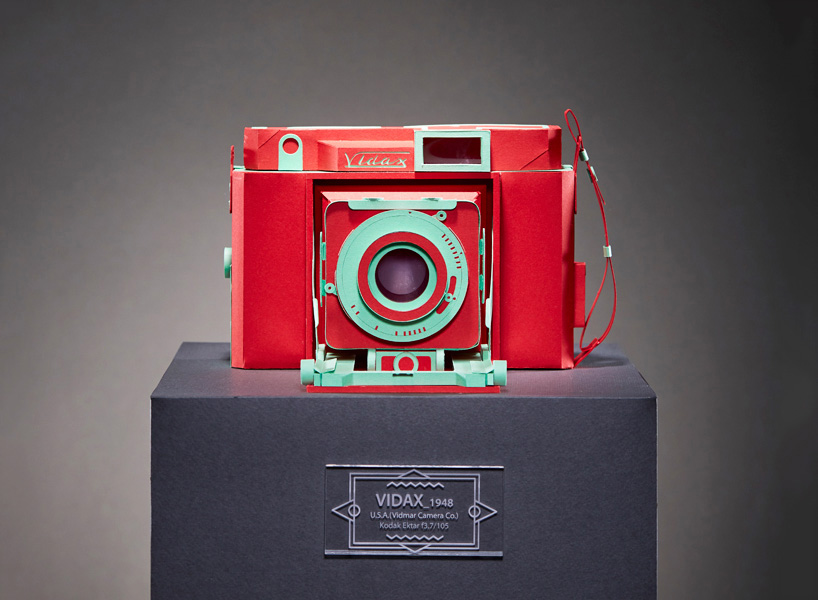 lee jihee’s work centers around the investigation of modern day technology and a longing for the past. ‘as anyone can take a picture with their mobile phone in this era, they feel the nostalgia for the film camera,’ lee jihee describes, ‘contax, rolleiflex, and leica have a large body since they need to contain the film, and also have to be installed to a camera lens. the weighty body and lenses gives the device a huge impression. the classical camera — which is the integration of the optical technology and the industrial design of the time — is colored to give it liveliness.’ 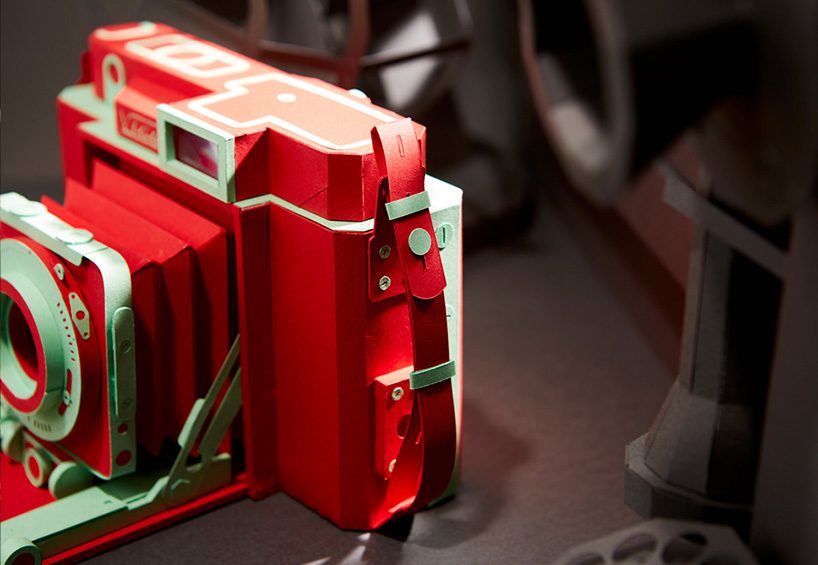 details of the paper VIDAX 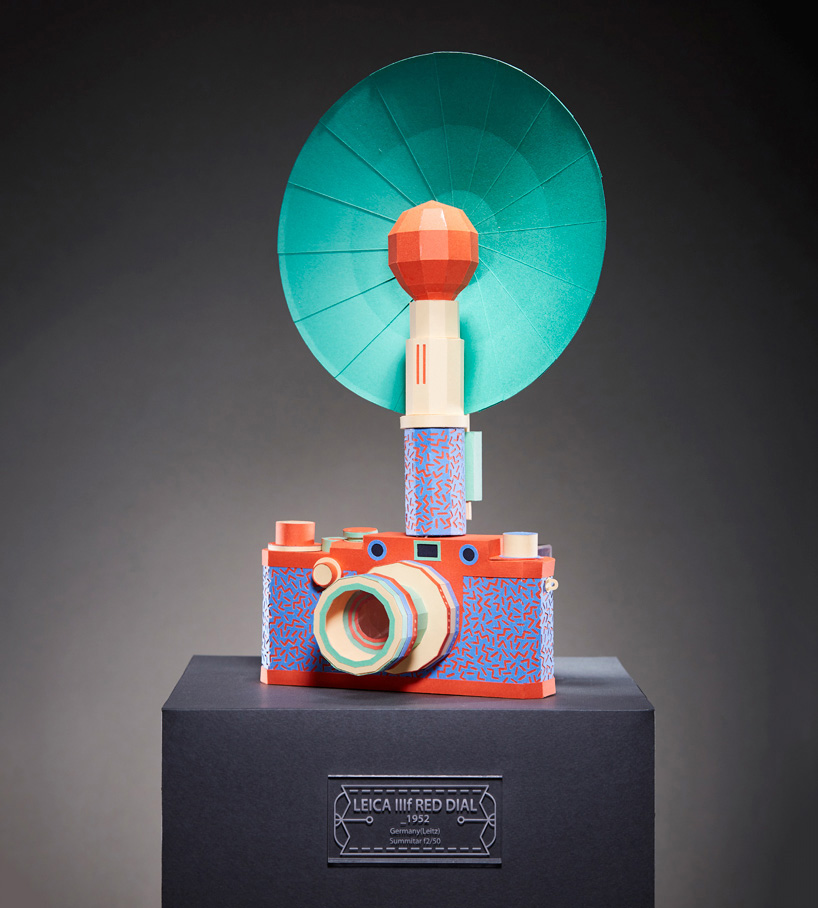 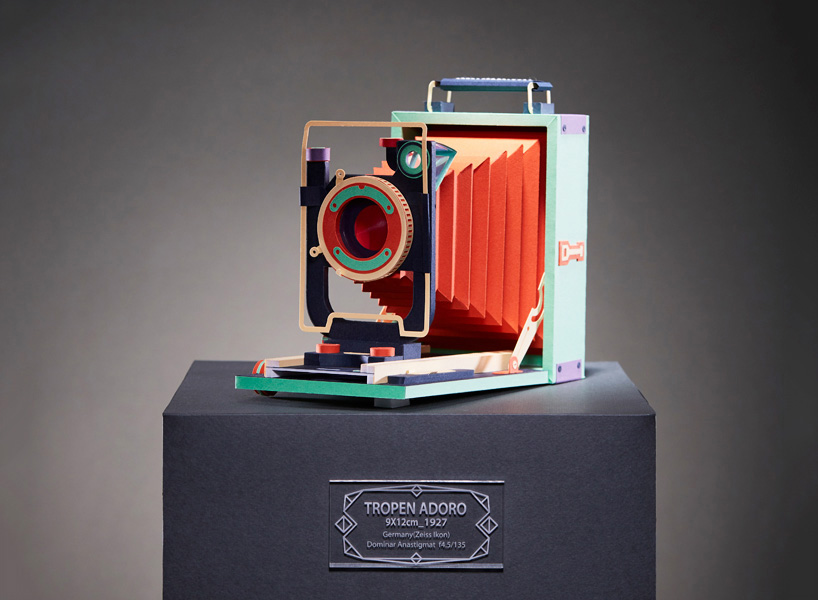 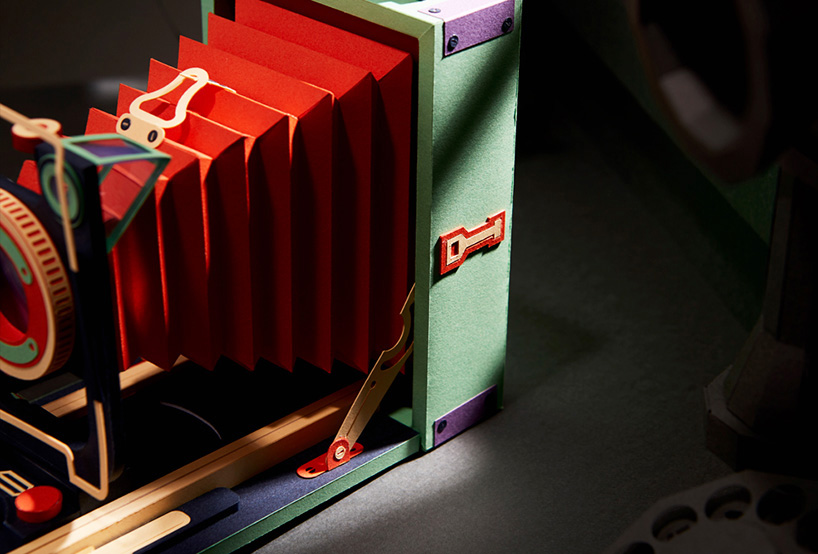 details of the paper TROPEN ADORO 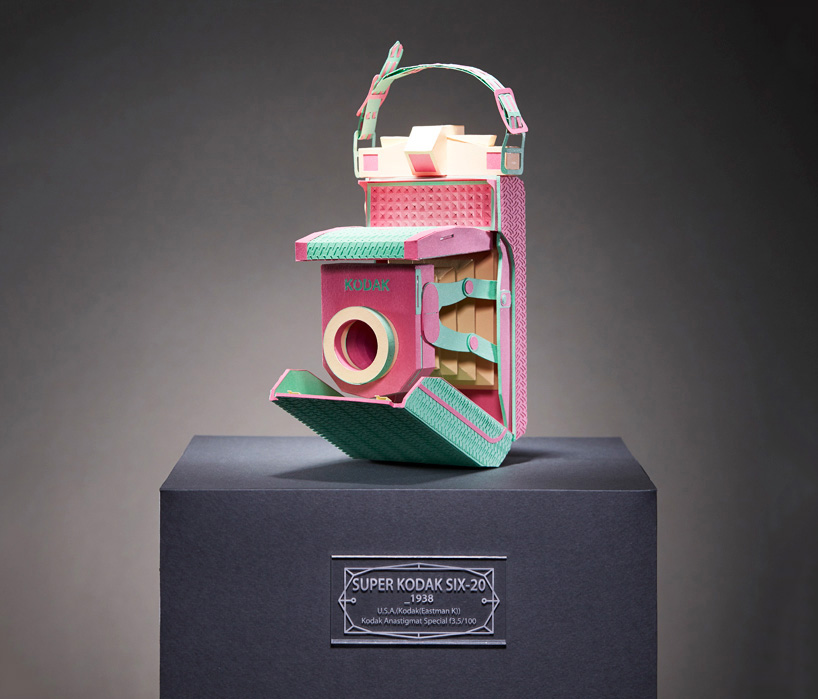 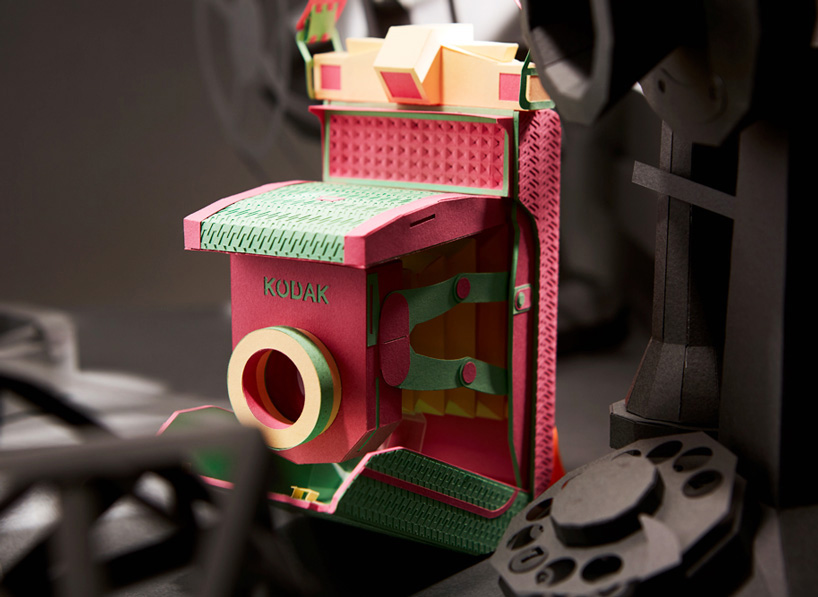 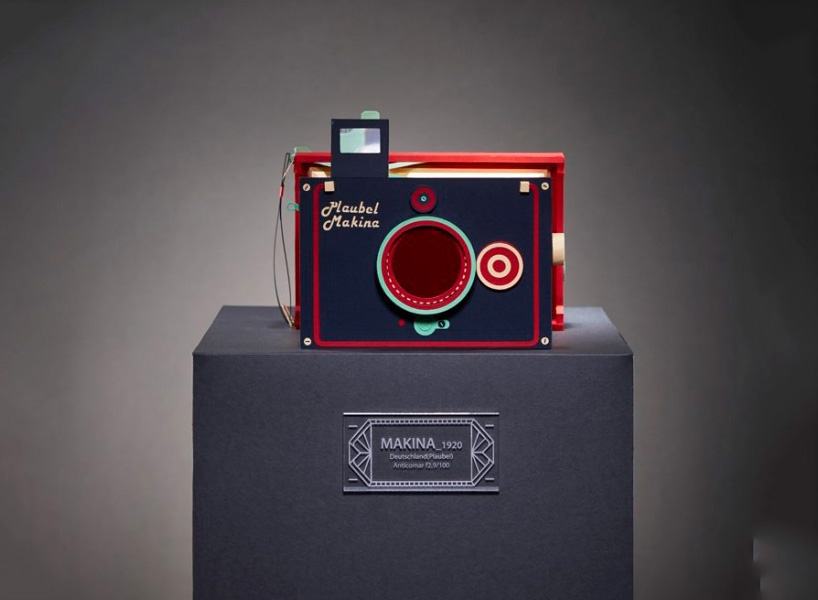 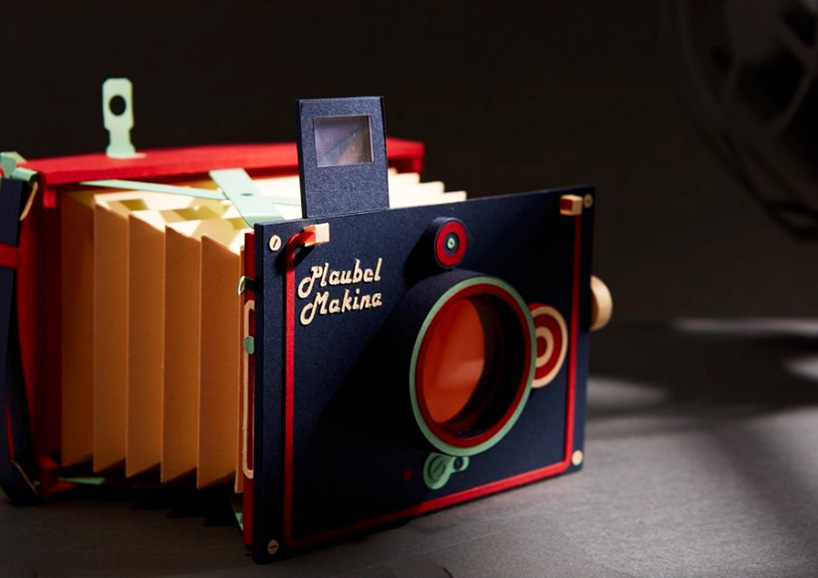 details of the paper MAKINA 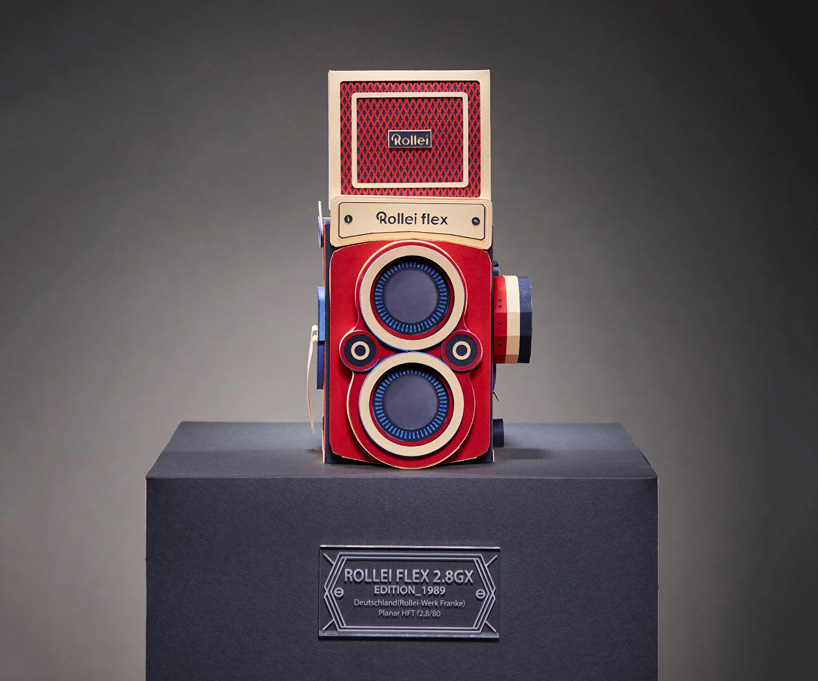 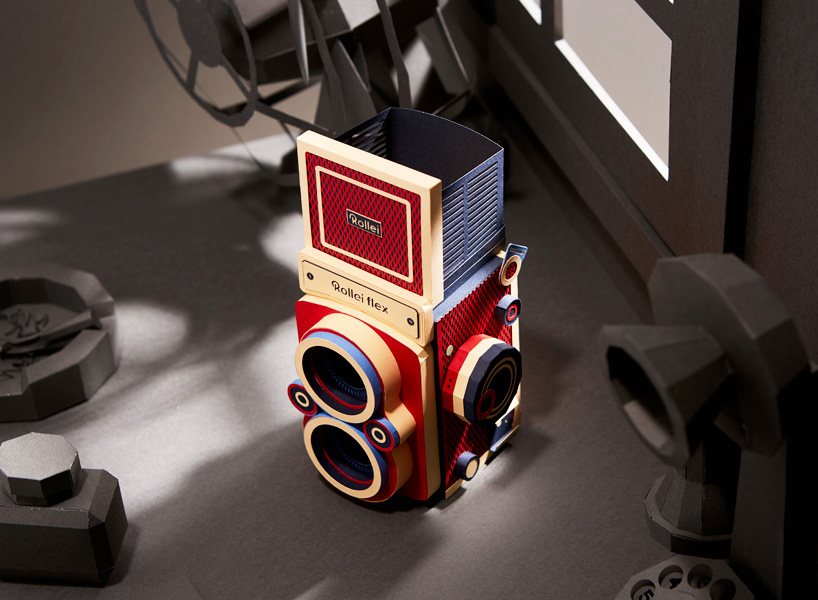 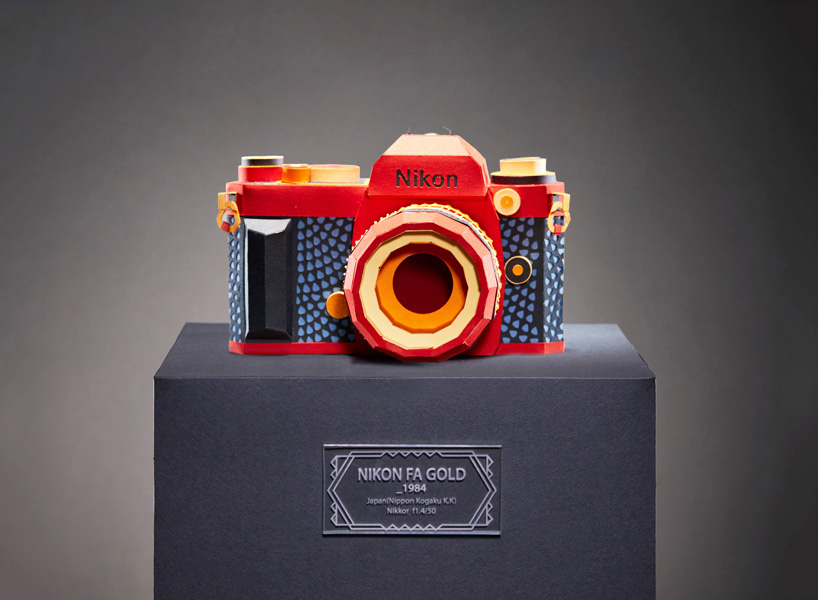 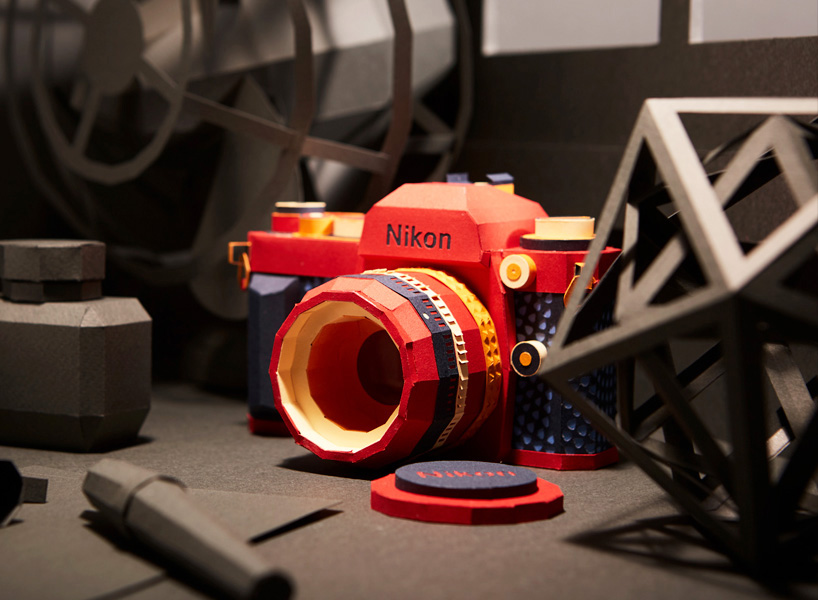