roslyn oxley9 gallery in sydney presents its first exhibition with collaborating artists claire healy and sean cordeiro: ‘venereal architecture’ investigates the typologies of inhabitable spaces and how humans are constantly adapting and manipulating the built world in order to cope with the elements that share our environment. prompted by a nomadic lifestyle of travel, packing and unpacking, accumulation, storage and freight, the two artists have interpreted these experiences into their practice overall, as well as within the exhibition. ‘we build structures that enclose and protect us from nature. air conditioning controls the temperature and we domesticate animals so they can live with us.‘ healy and cordeiro describe ‘our control over nature (or lack there of) is central to this body of work.’ 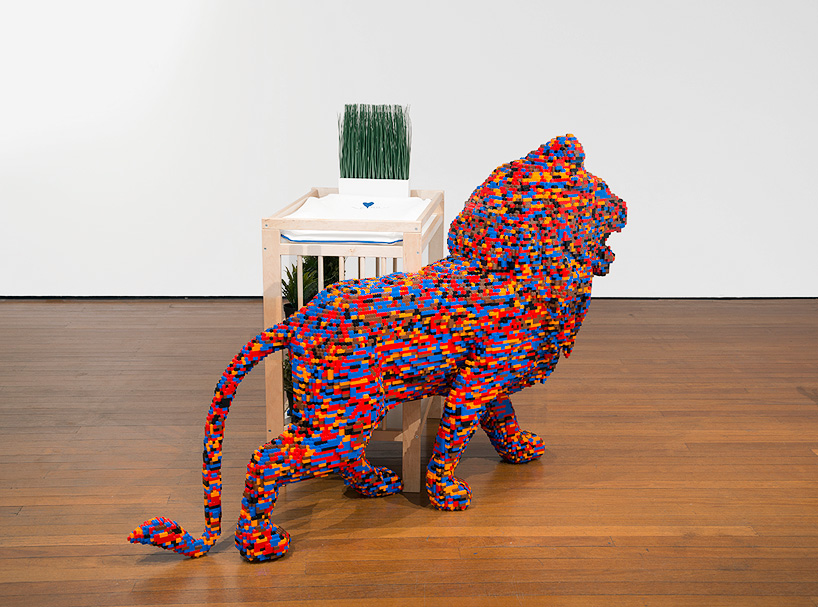 the series of sculptures unite LEGO and IKEA, two famous brands renowned for their buildability, practicality and functionality. ‘they are both objects of aspiration that require assembly.’ the artists describe of the companies ‘LEGO, which we grew up with, represents the dreams and fantasies of a child; IKEA furniture, which has become so ubiquitous, represents the dreams and fantasies of an adult. by meshing these two objects together we can think about the gap between our fantastic dreams and our banal longings.’ both are emblematic of destruction and construction, consistent themes throughout the artists’ oeuvre. 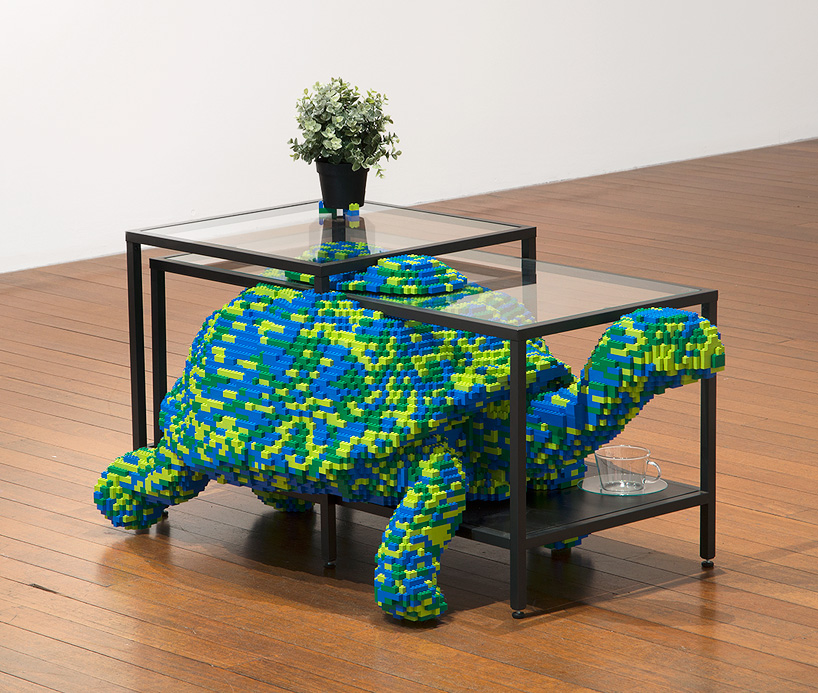 animals of various descriptions are interwoven into the small, assembled furnitures — a seal meets a stool, a lion steps through a baby-changing station and a colorful dolphin is merged with a kitchenette. ‘the works represent our sublimated animal urges expressed through shopping. we believe that the combination of ikea and sex is palpable. visiting an ikea showroom is a serious group-nesting experience: like giant bower birds, we carry around our blue object bag in the vague hope of getting laid if we curate the right combination of objects into our love-nests. the consumer experience must be the result of some natural urge gone slightly wrong’. 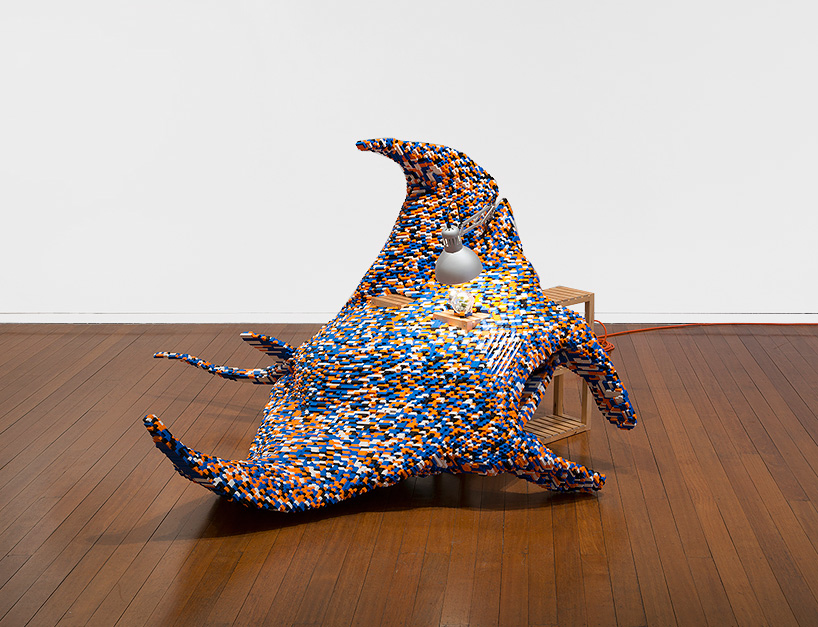 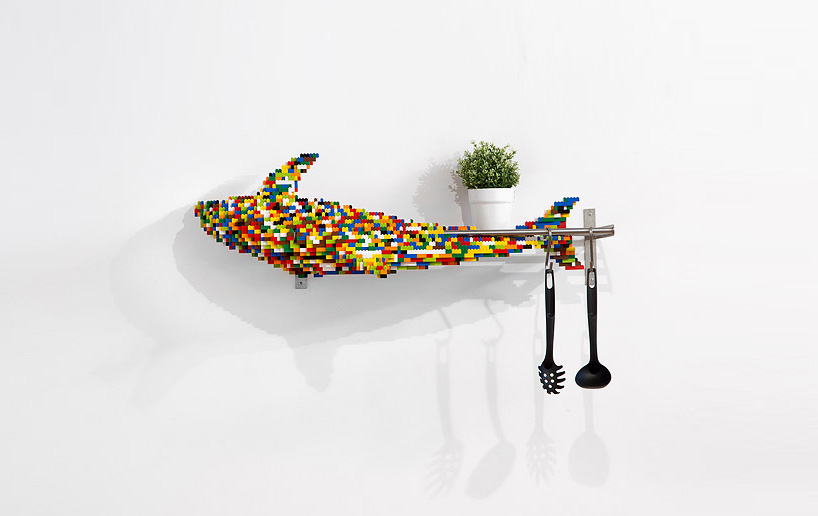 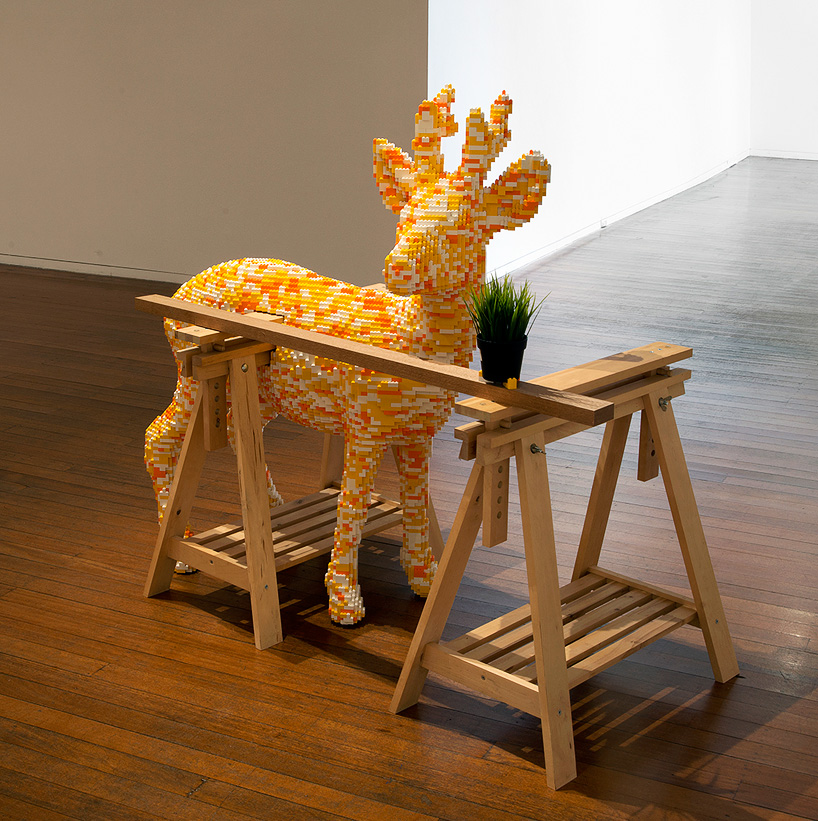 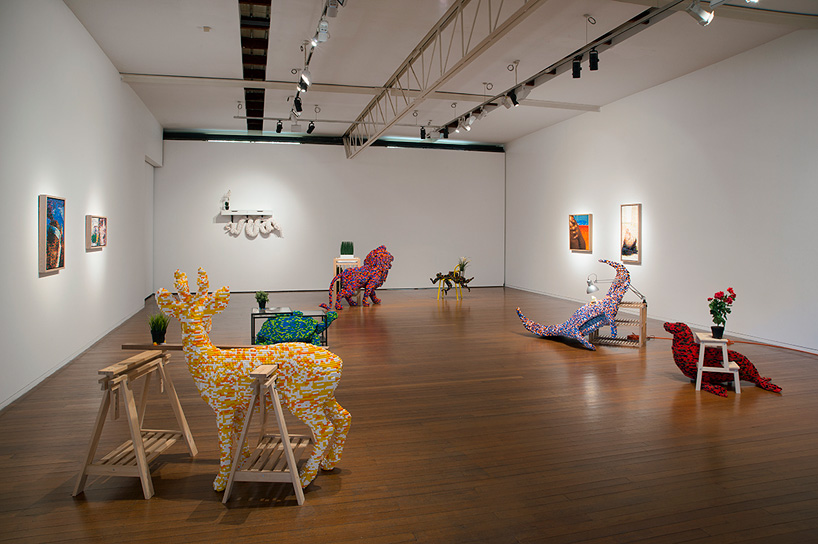 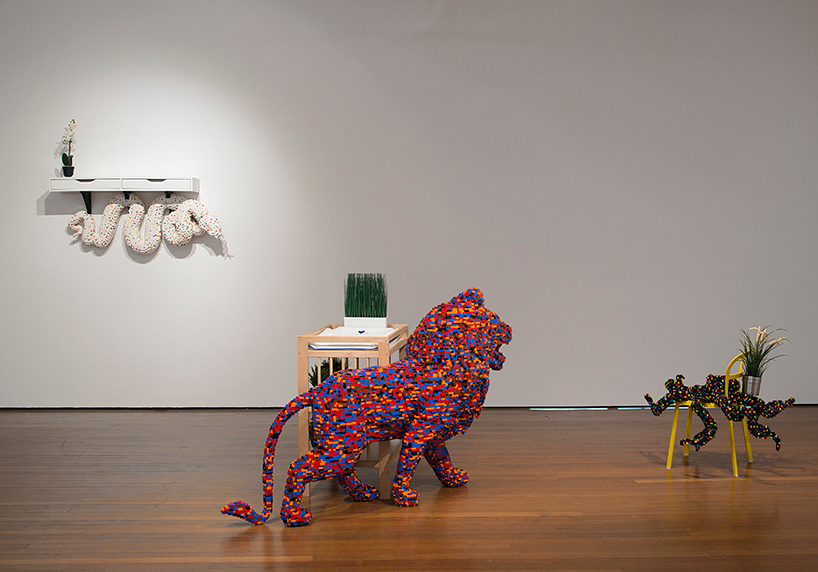