screenshot of ‘a proposal in stop-motion’ by firepit productions

atlanta film maker walt thompson spent 22 hours shooting 2,600 pictures along with unmentionable hours of editing to create a LEGO stop-motion marriage proposal for nealey dozier, his girlfriend of four years. the film captures moments of their time together, and even depicts ‘the couple’ in LEGO outfits which match the clothes they were dressed in when they met, as thompson recalls.

the motion picture concludes with a wedding ceremony with the LEGO version of thompson holding a ring practically the size that he is, to be presented to his bride-to-be which comes walking down the aisle. notable guests include the likes of indiana jones, luke skywalker, and star wars’ han solo in carbonite, on hand to officiate the nuptials.

dozier said ‘YES!’ and the couple plans to get hitched as early as march or april of this year. 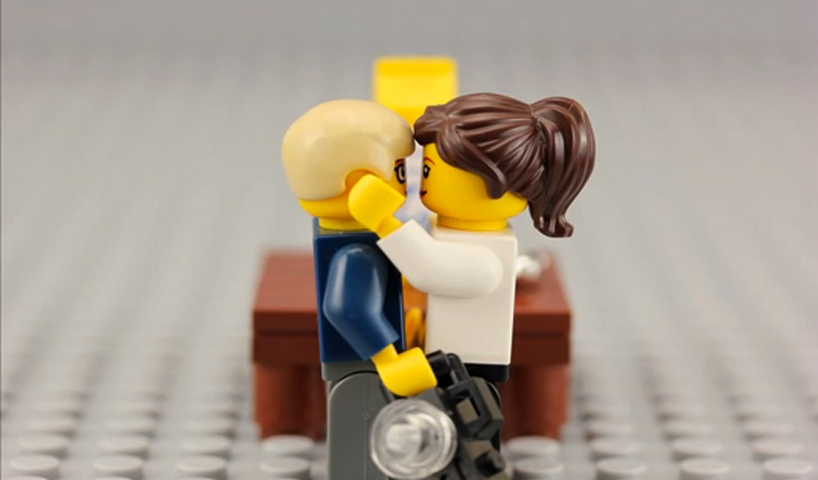 a proposal in stop motion by firepit productions music: ‘don’t wait too long’ by madeleine peyroux