the ‘artstrobe’ by leif maginnis uses pulsating ultraviolet light and fluorescent-colored polyhedrons to create a mesmerizing display of whirling patterns. the kinetic artwork adopts a stroboscopic instrument to control its movement – a result of experimenting with two-dimensional cut-outs on a flat spinning disk and exploring the combination of geometry, lighting and mechanics together. the construction of the TIG-welded piece is formed by joining several steel polyhedron shapes into one object.

an infinity mirror box is mounted onto the spinning faces with a variable speed motor positioned below to adjust the levels. the faces of the structure are covered with different fluorescent colors that, when placed under the ultraviolet light, reveal complex patterns. people can directly interact with the ‘artstrobe’ by turning several knobs at its base to create their own, customized designs. 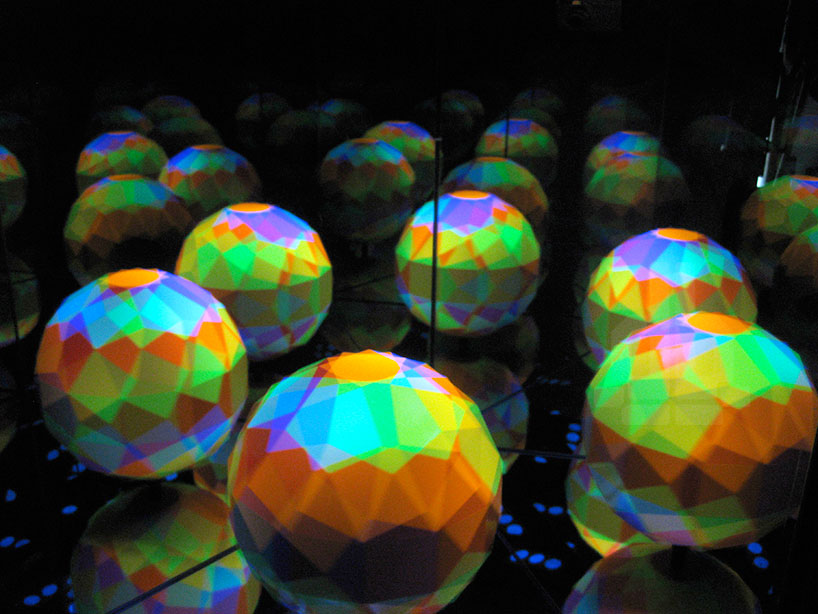 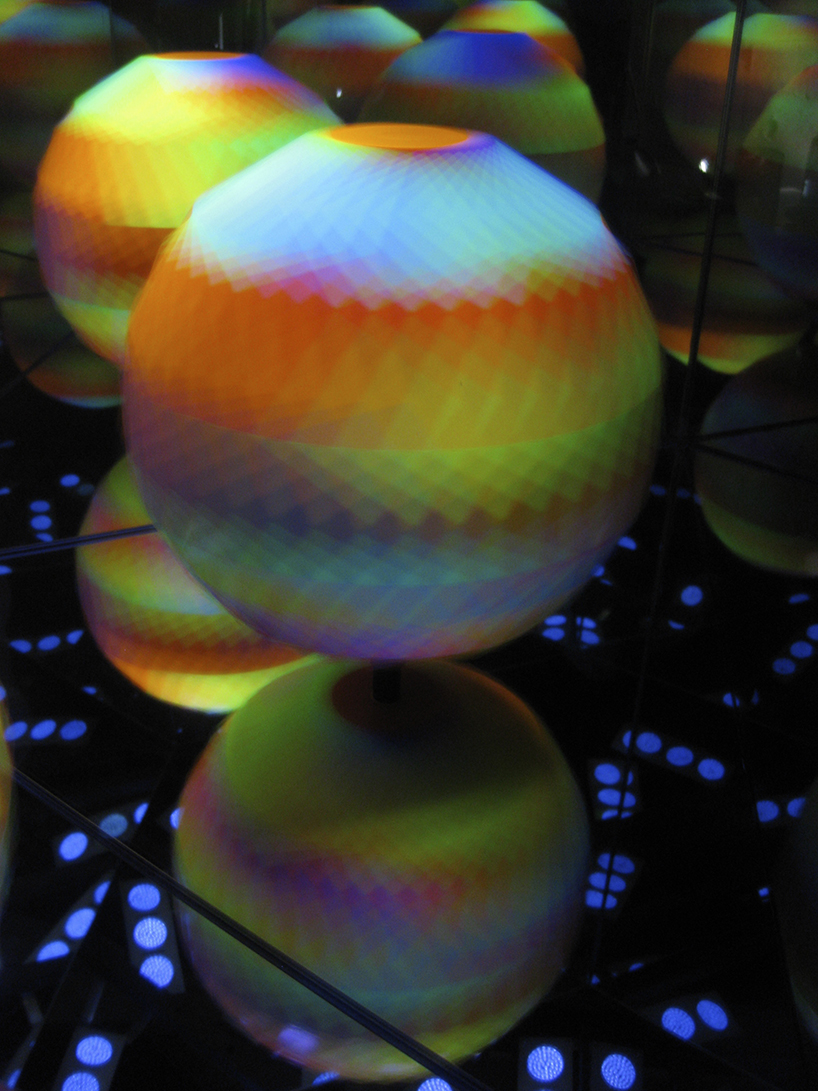 the piece captured whirling in fast motion on its base 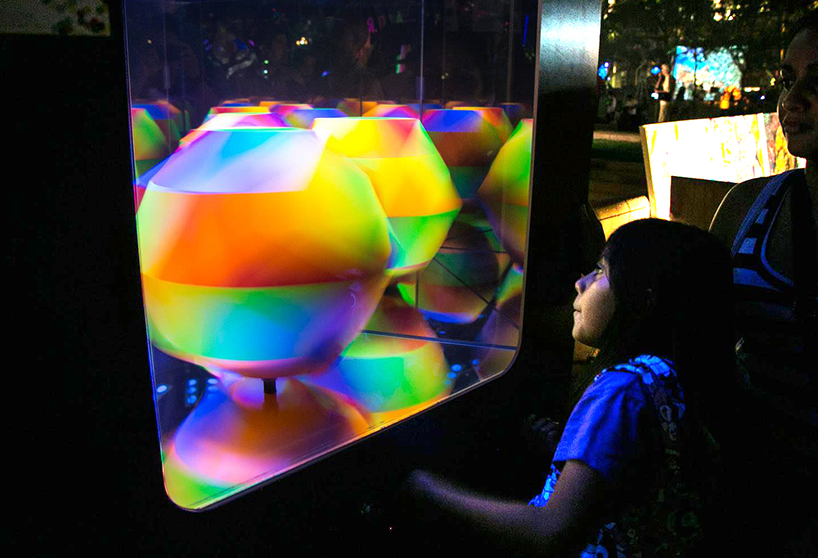 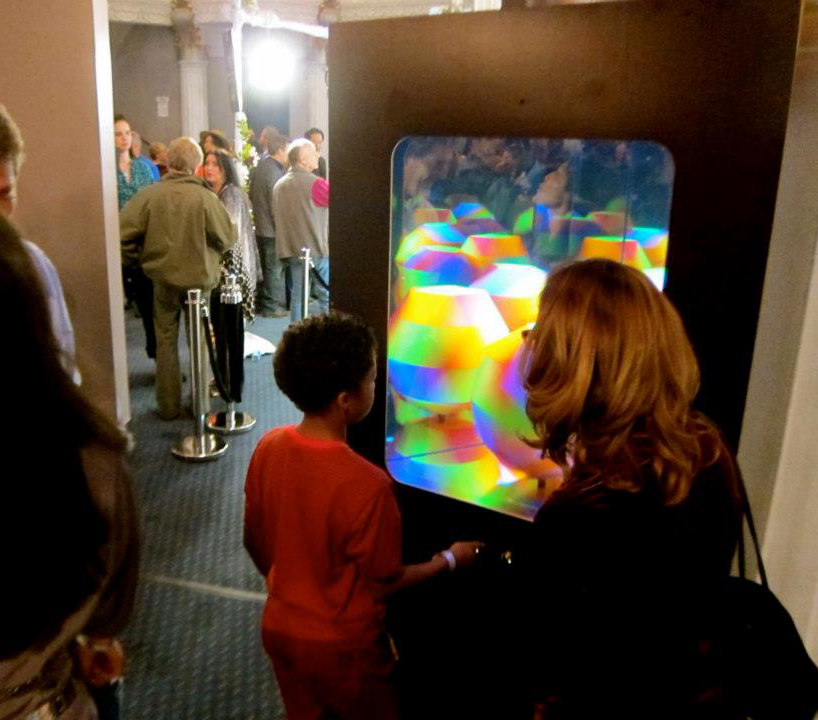 people interacting with the ‘artstrobe’ at an event 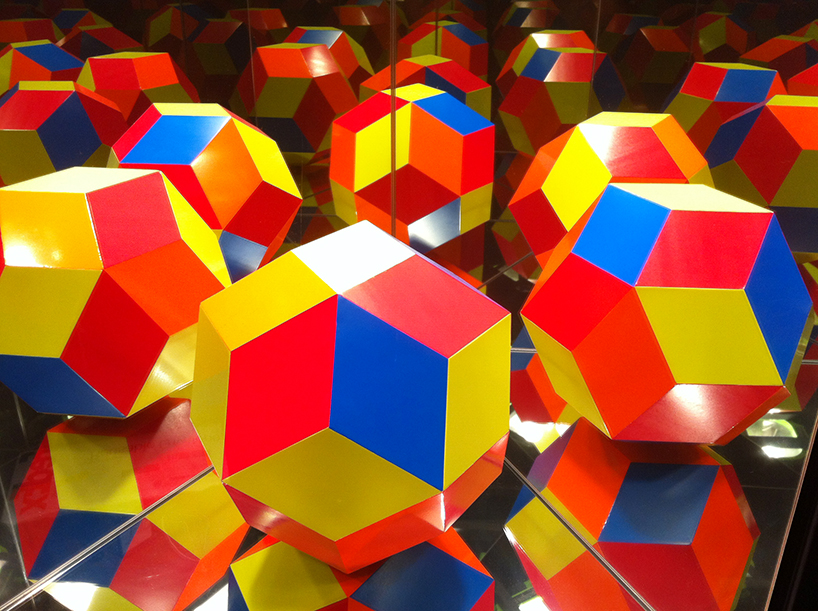 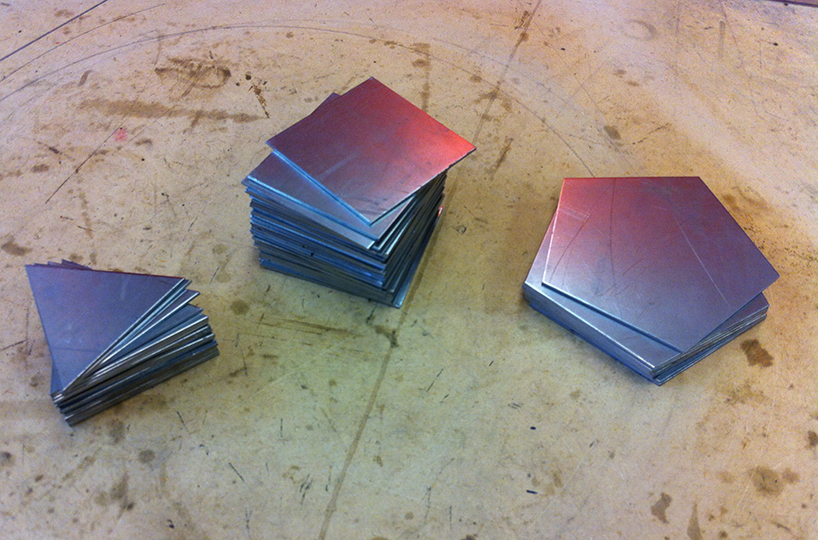 the three main shapes that form the ‘rhombicosidodecahedron’, with a total of 62 sides 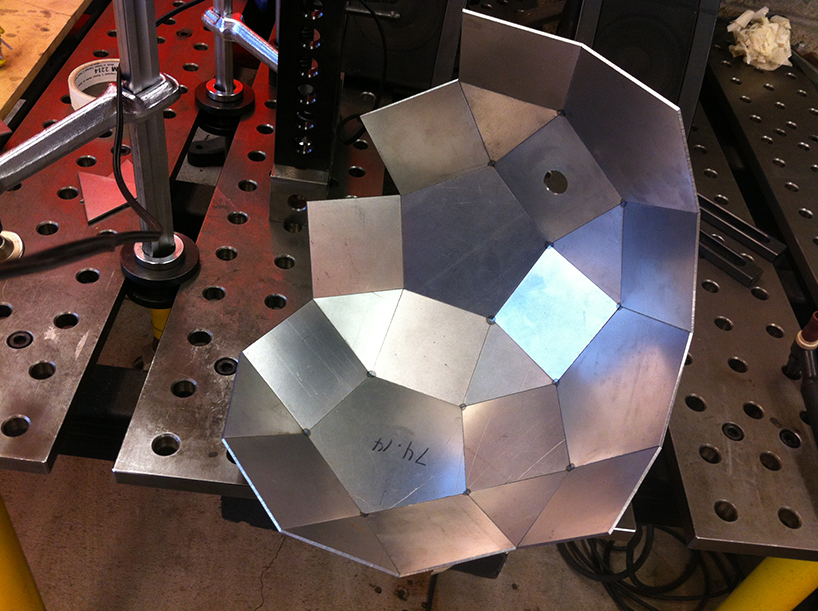 the beginning of the assembly process 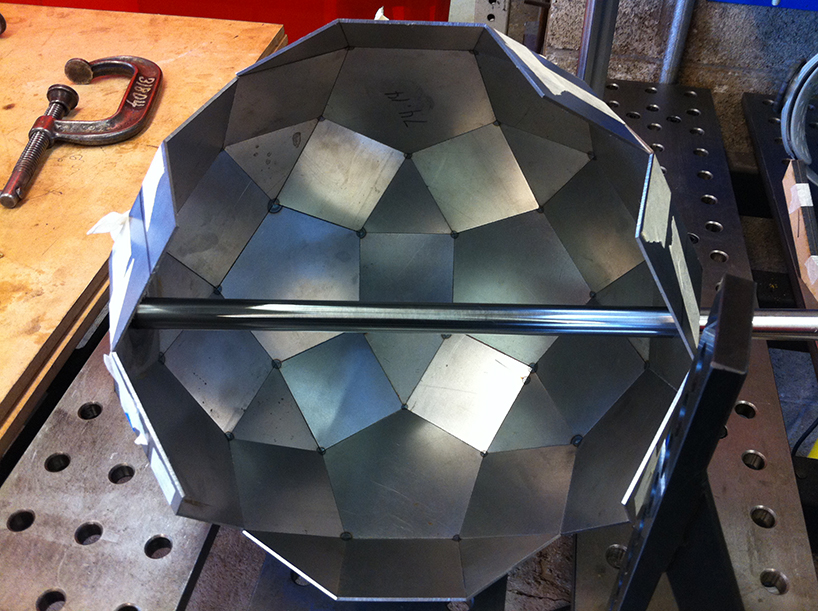 the shaft through the middle supports it while it spins 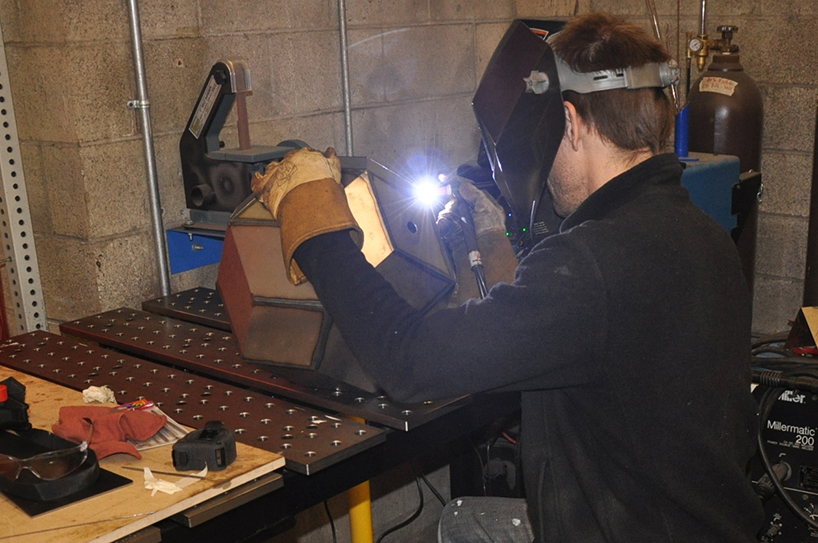 TIG welding the piece together 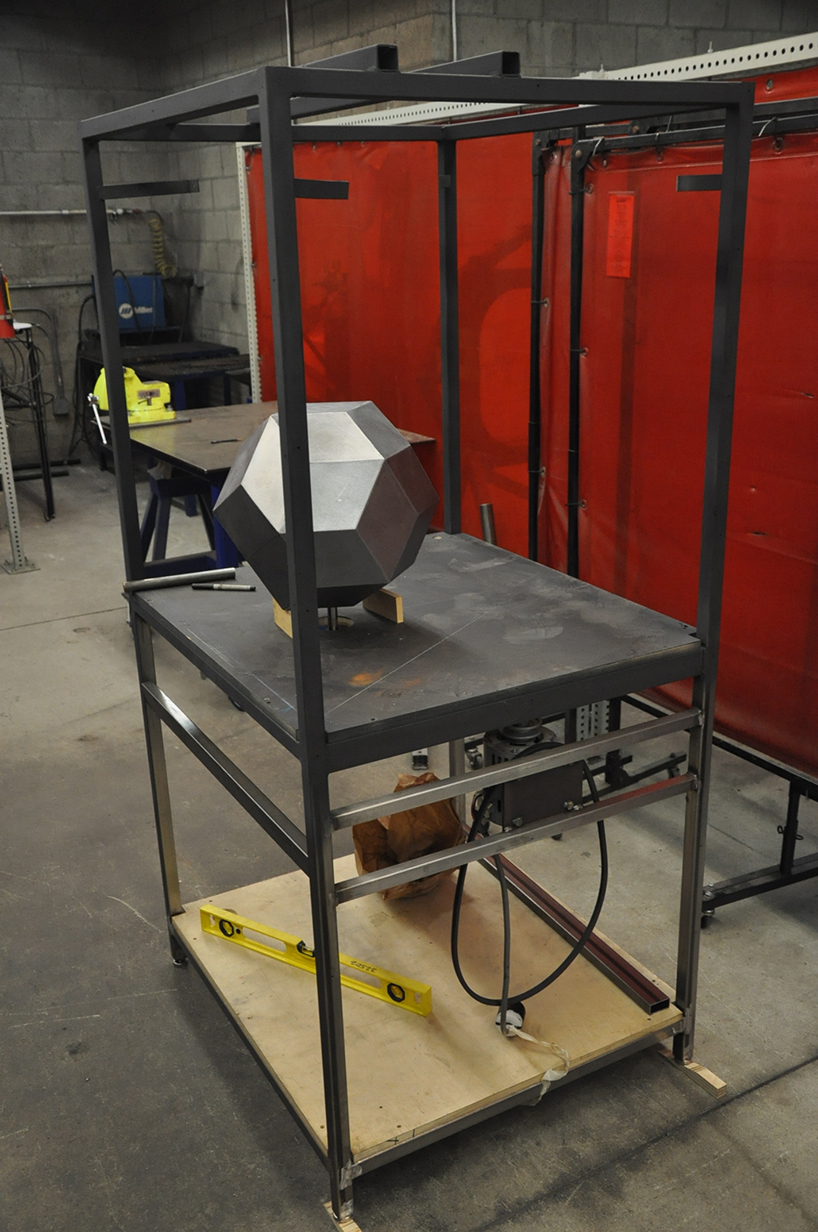 the steel frame of the artstrobe 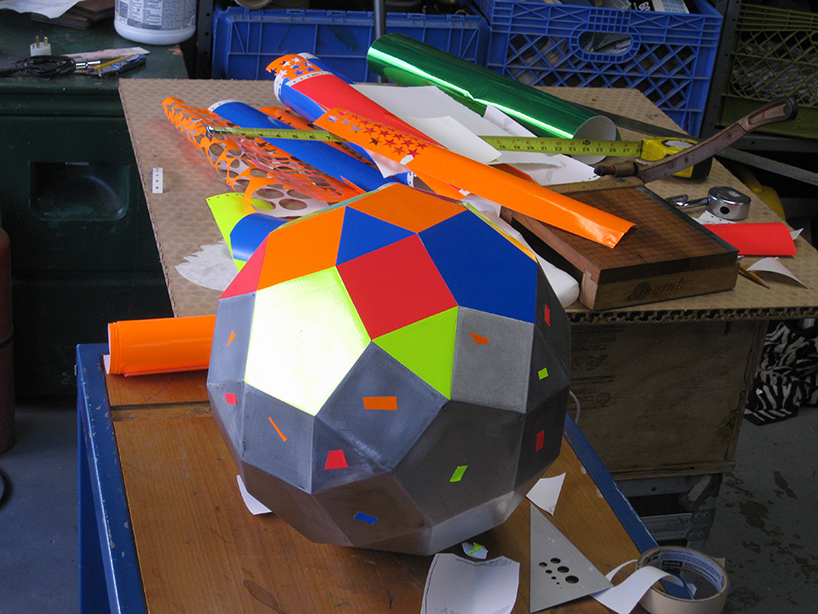 coloring the faces of the rhombicosidodecahedron

Jun 19, 2022
adam parker smith employs digital and physical techniques to craft sculptural series 'crush'
the carrara marble sculptures are an uncanny vision of the classical canon, as if it were run through a trash compactor.
art
0 shares
connections: +400