leo caillard maintains an artistic interest in intertwining the new with the historic. the french artist — who previously ‘dressed’ classical figures from the louvre’s sculpture collection in trendy outfits — creates a collision of elements that forces the viewer to question the roles of the subjects presented. most recently, caillard has looked towards super heroes — pop culture paradigms of strength and courage — as the protagonists for a series of sculptural stone busts. 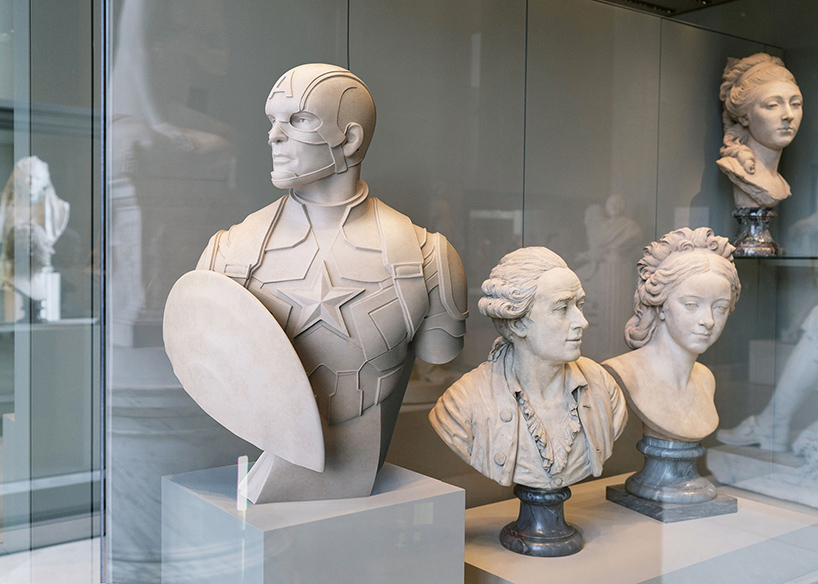 caillard subverts the usual origin of stone busts with a contemporary twist. traditionally, antique statues represent heroes of the classical period, depicting eminent fictional figures like zeus, hercules and athena. ‘one day, the heroes of our modern period may be also turn into stone figures fixed for eternity,’ caillard muses.

batman, superman, spiderman, iron man, captain america and flash are immortalized as stone busts and set within a gallery setting, surrounded by figures from the classical age. the digital artworks turn elements from mass media into unique objects ready for a museum. 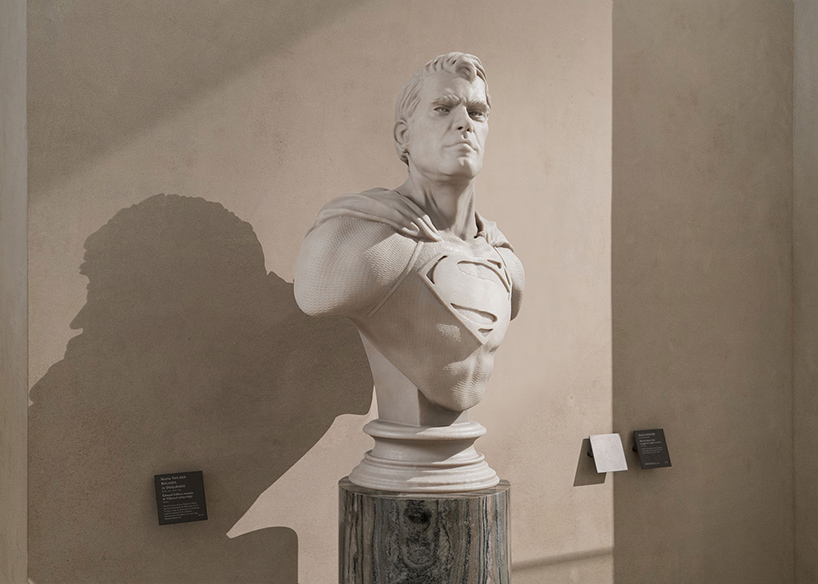 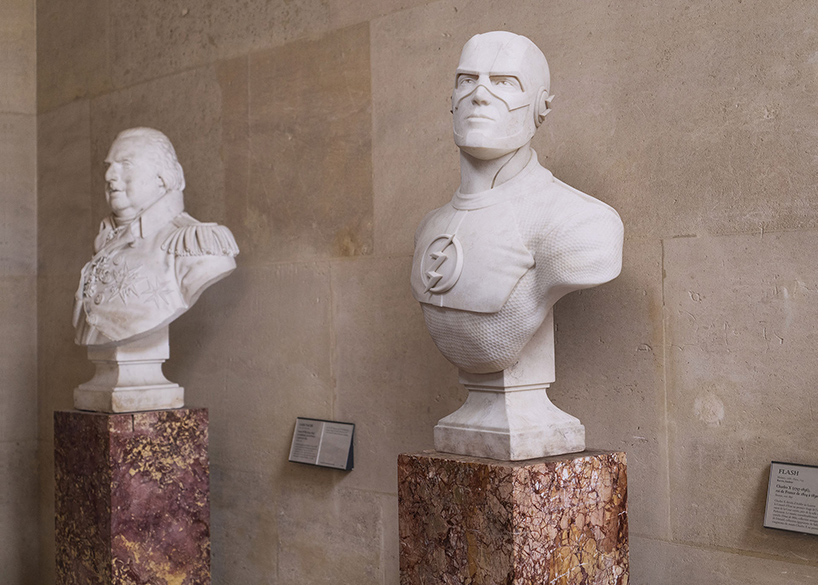 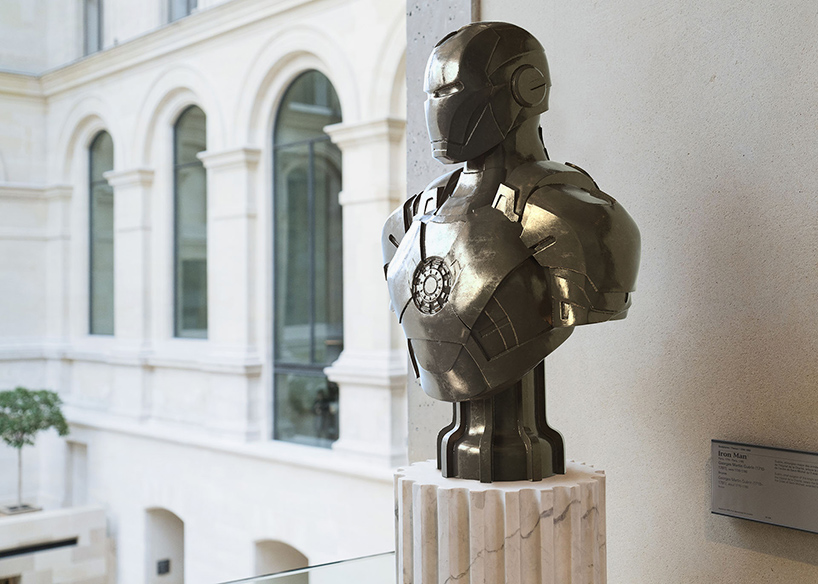 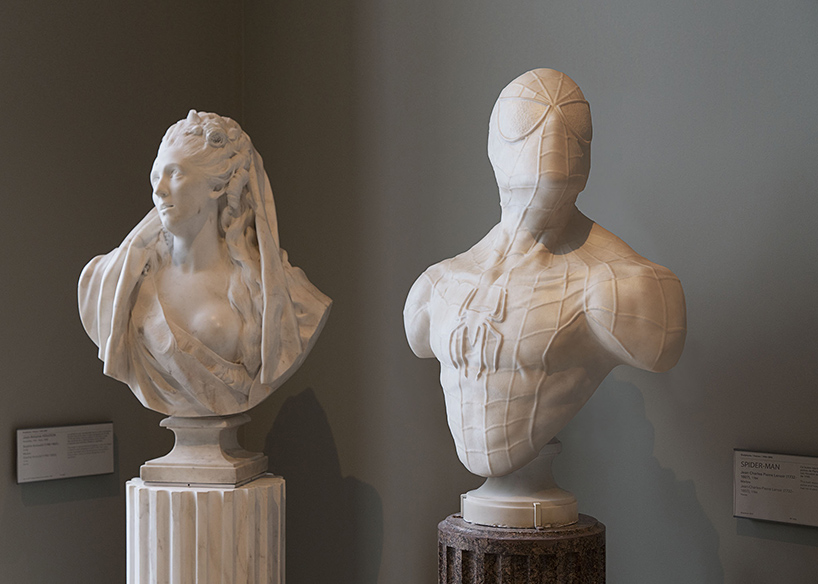 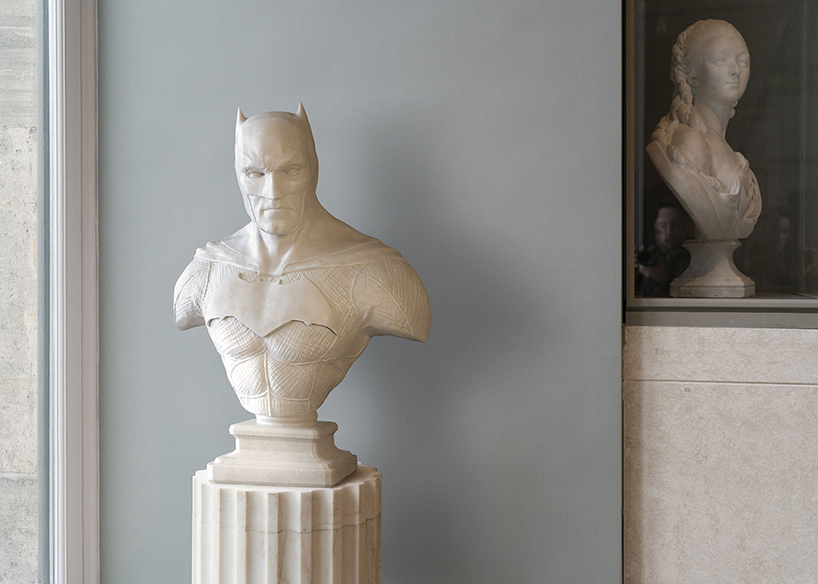 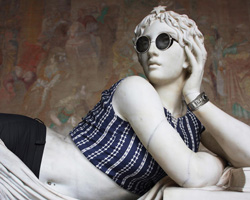 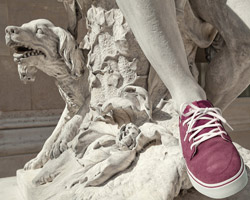