levi van veluw presents a combination of sculpture and charcoal drawings in his paris show, titled ‘veneration,’ at la galerie particuliere on view until november 18th, 2017. the exhibition explores, ‘the visual language used in religious contexts and creates an entirely new and singular religious dimension through the use of recognizable symbolisms.’ a hodgepodge of different religious symbols, the interpretation is left to the viewer, exposing the human desire to make things tangible and assign meaning to objects. through personal contemplation and interaction with the works, the artworks deliver a personal message that is determined by the given context of the one’s own spiritual beliefs. 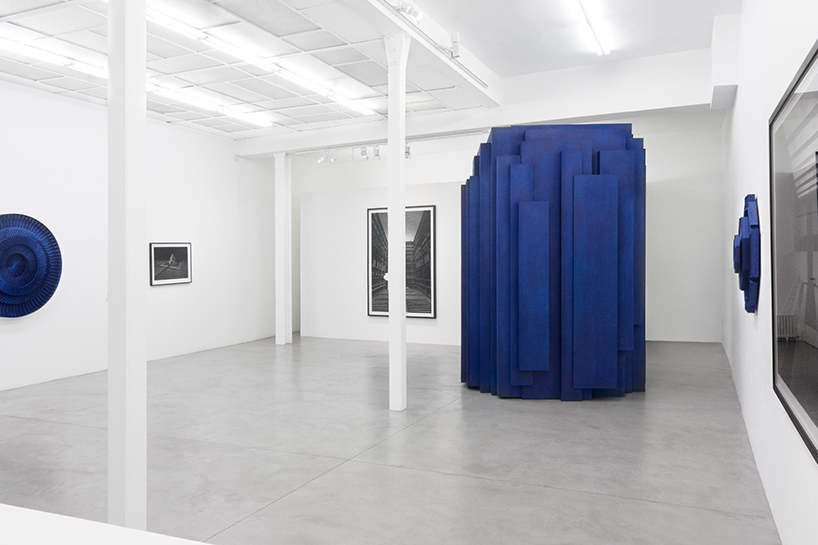 at the center of the gallery space sits a large blue, rectangular box made up of vertical upright blocks, titled ‘chapel.’ it is described as an installation for which ‘van veluw plays with a variety of archetypal religious elements that seduce the spectator into exposing themselves to a new faith of sorts.’ the mystical and contemplative powers of the artwork are enhanced by allowing the light to enter the ‘chapel’ through an oculus, shedding light onto an altar-like element below. 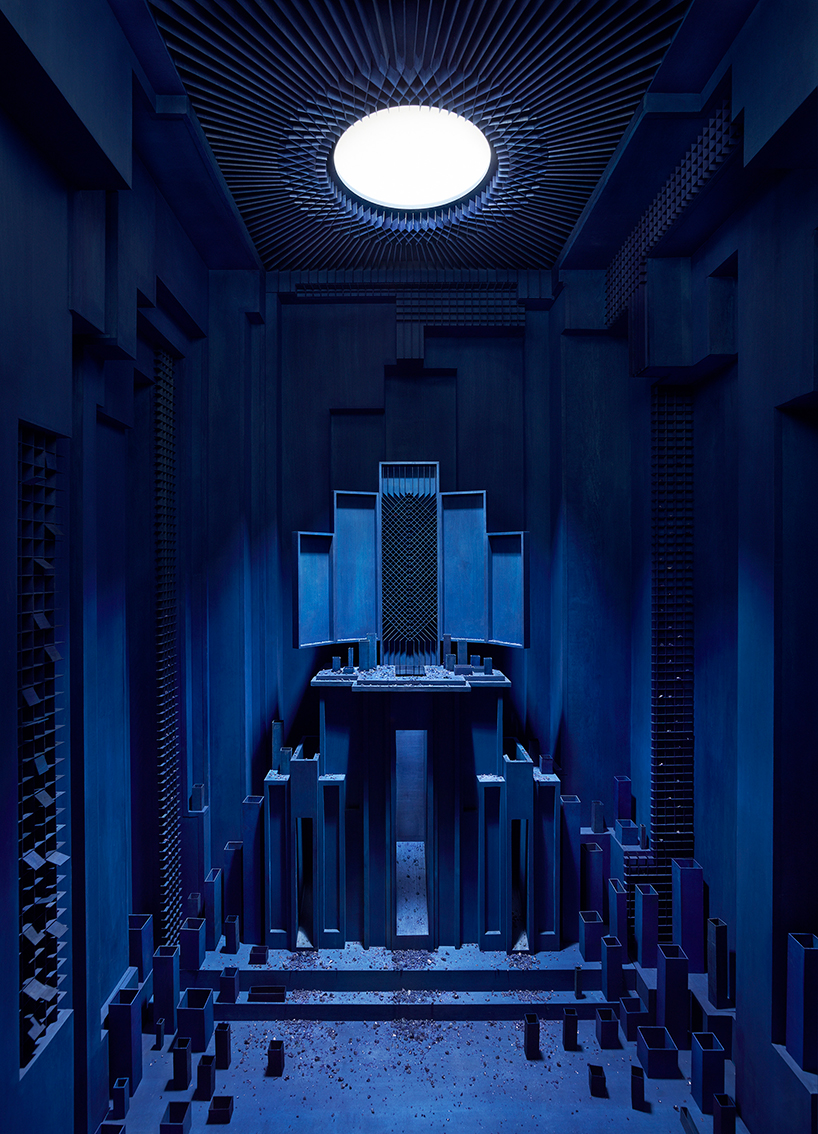 one of the most interesting aspects of the artist’s works is his use of carefully designed grids, an optically intriguing feature found in both the sculptures and the charcoal drawings. this complex and deliberate use of texture holds the viewer’s eye and can be almost mesmerizing. 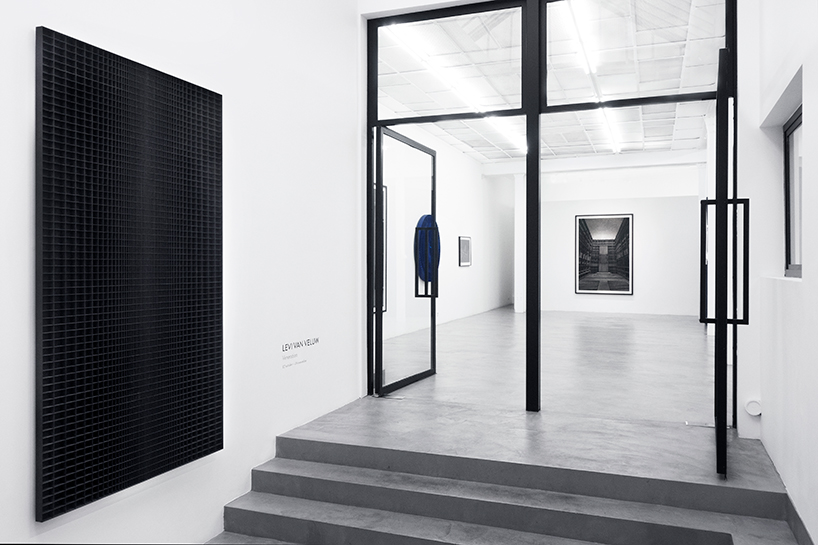 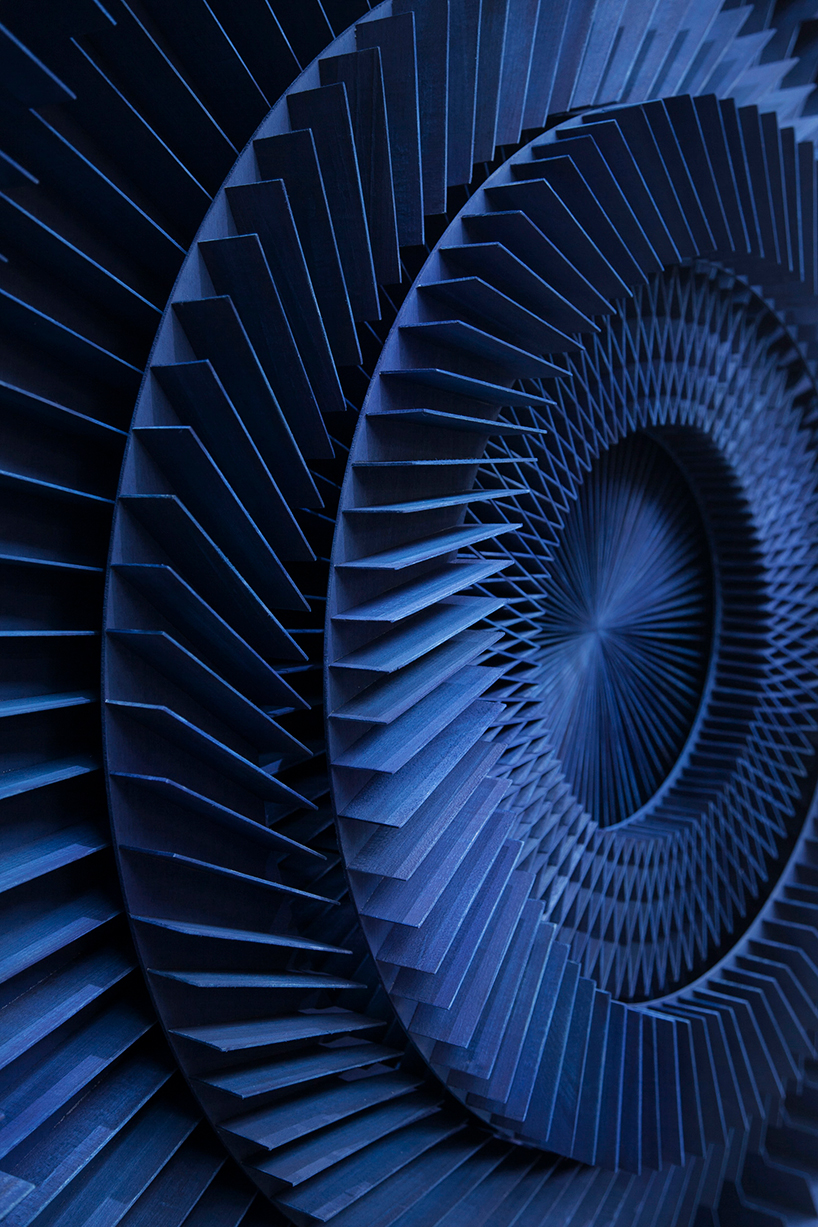 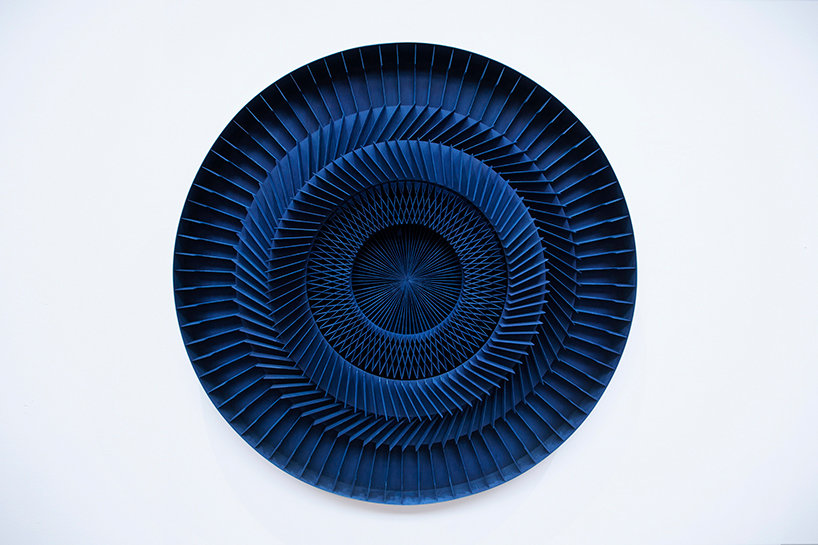 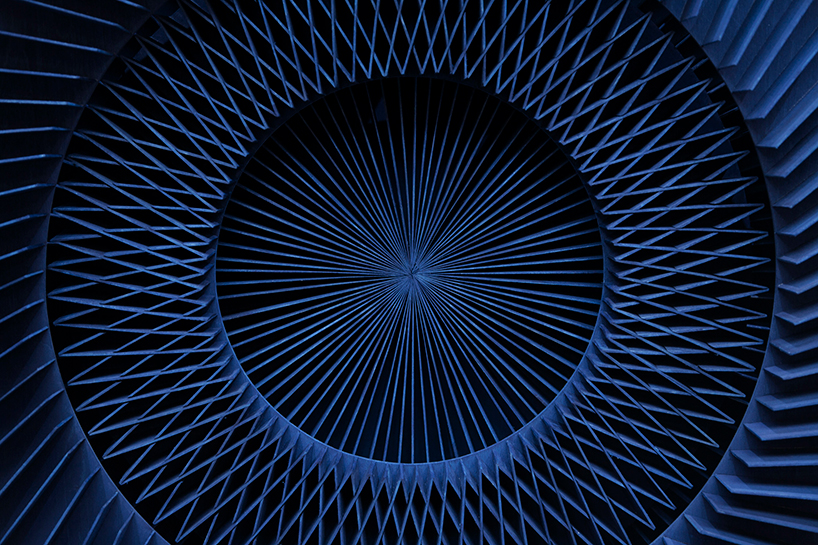 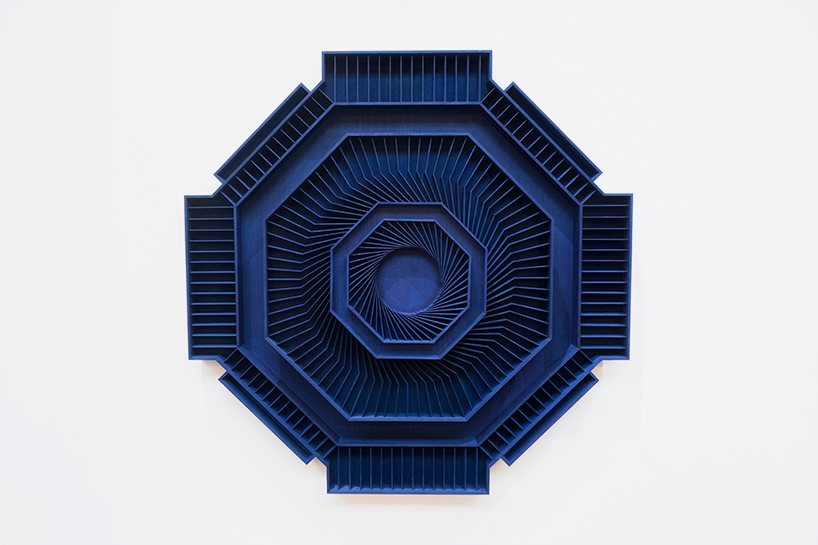 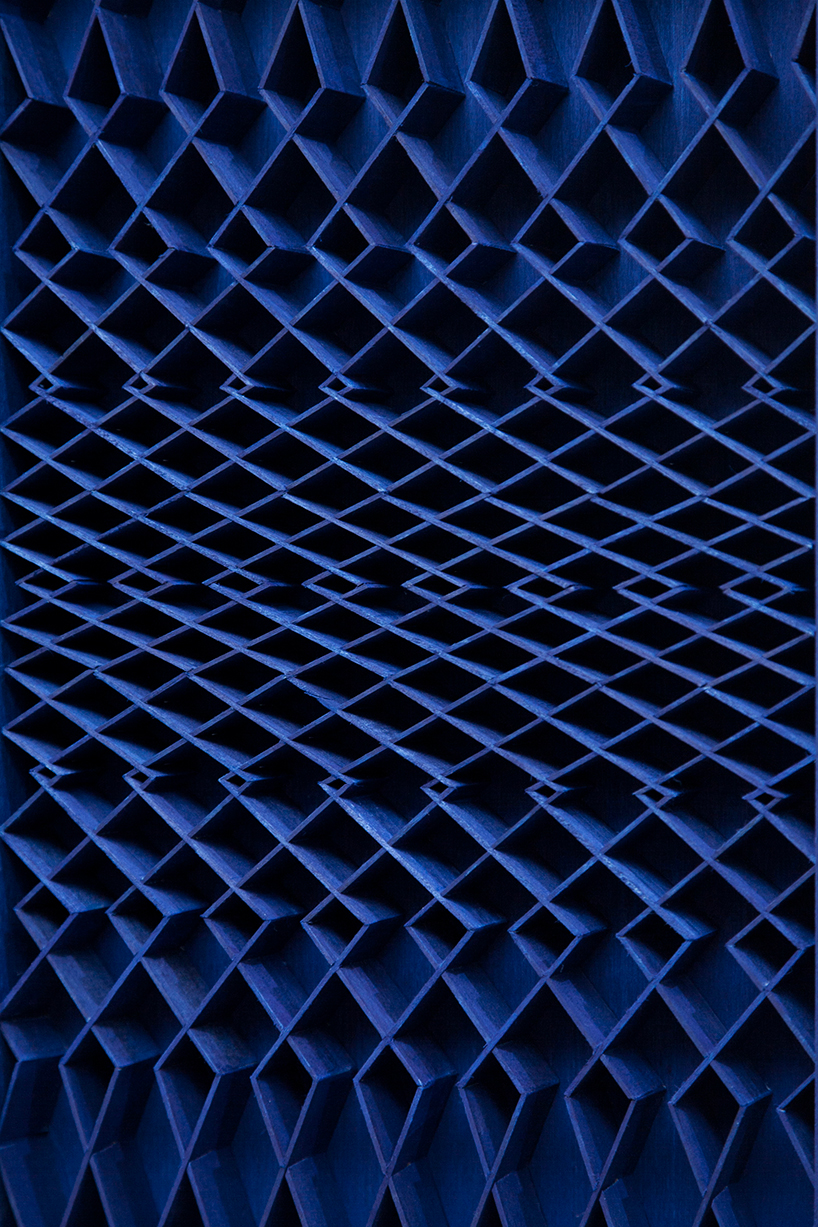 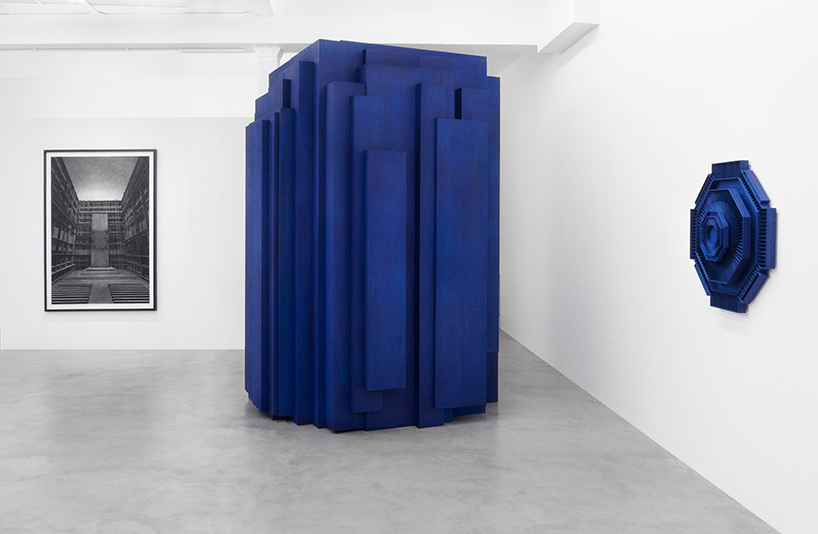 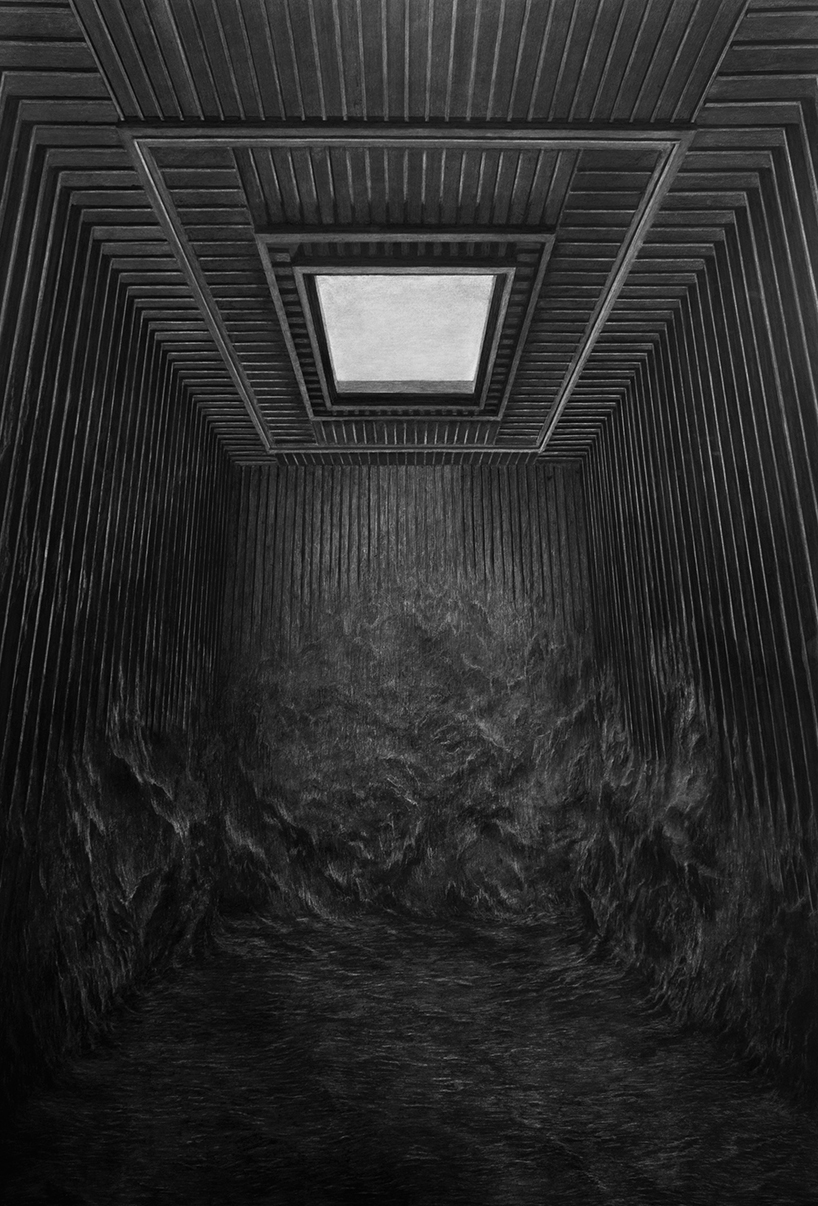 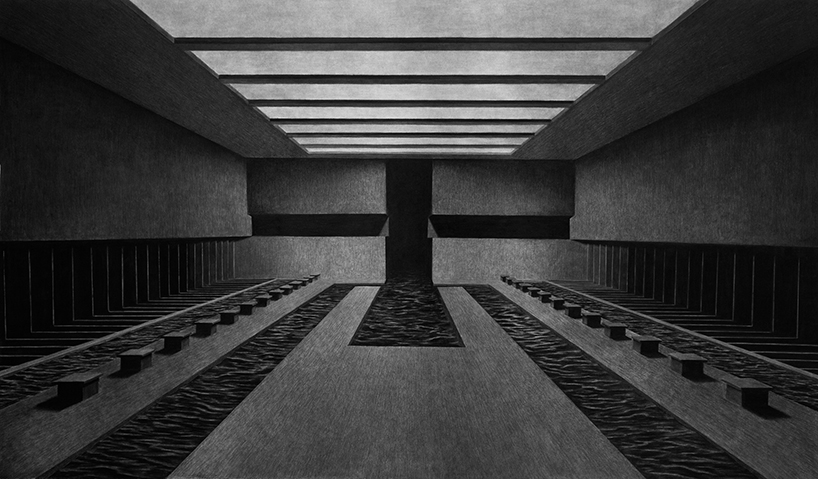 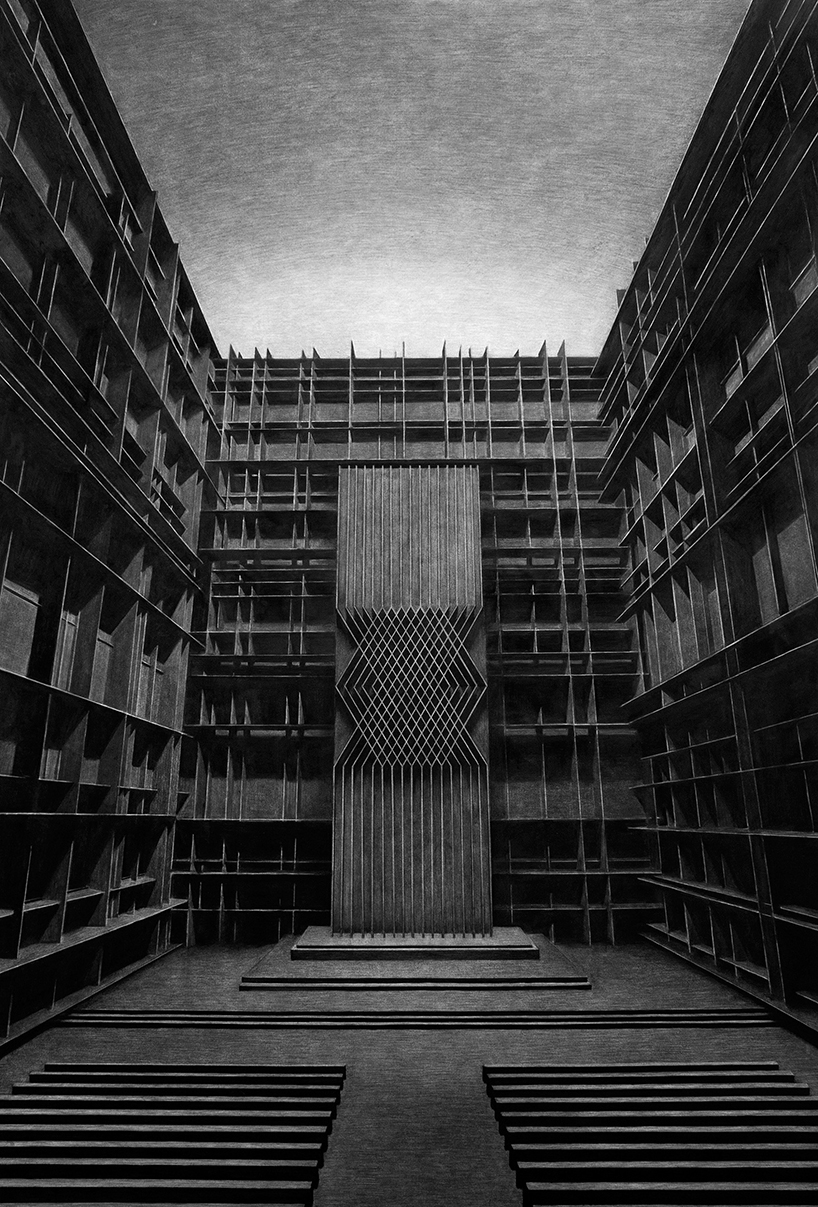 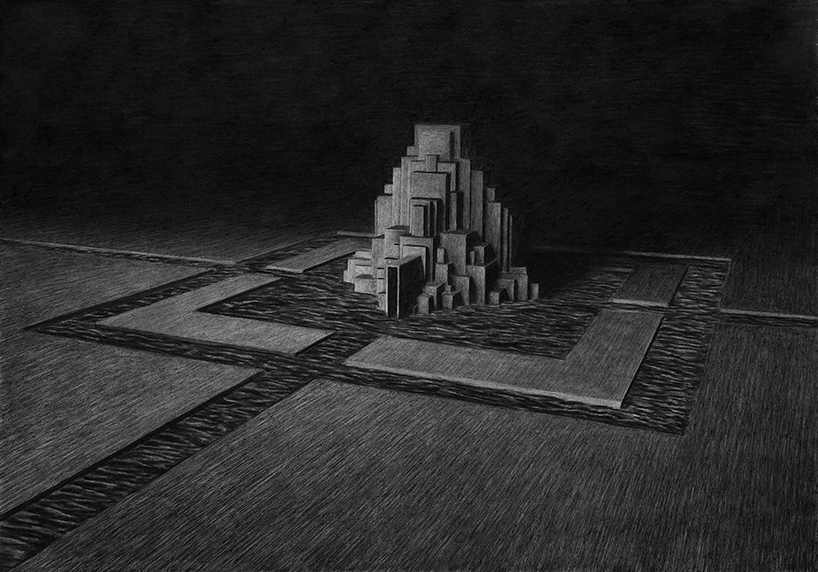 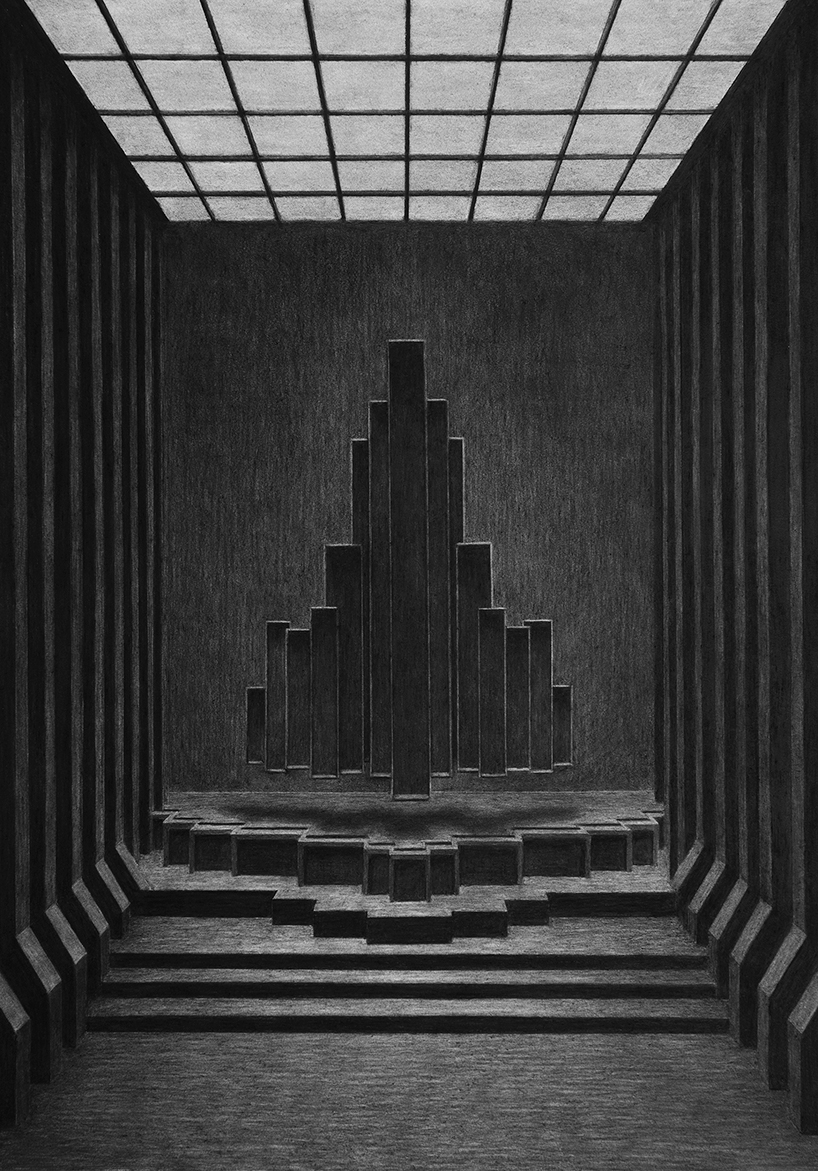 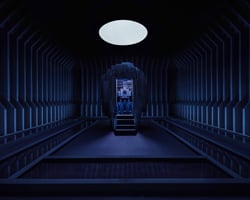 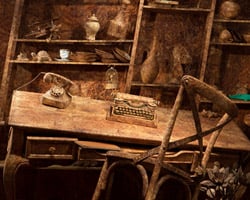