on the occasion of the festival interstice with the support of station MIR david letellier created a site-specific and temporary kinetic sound sculpture for saint sauveur chapel of caen, france entitled ‘caten’. the french-born and berlin-based artist developed the work from 300 fine wires held together by two ropes and moved by gravity and the slow shifting of rotating arms connected to the four corners of the stringed tapestry from the building’s mezzanine. the piece produces an audible interpretation of the first verse and four notes notes (do re, mi, fa) for the prayer ‘ut queant laxis’ or ‘hymn to st john the baptist’ as the collection of curved wires are rocked slowly. ‘caten’ engages with the architecture of the antiquated church– the sounds of the wire piece bouncing off of the high-roofed space while the work spans the expanse between the balcony and ground floor below. letellier notes, ‘the low frequencies resonate in the space and emphasize the transcendental character of a place once dedicated to faith‘. 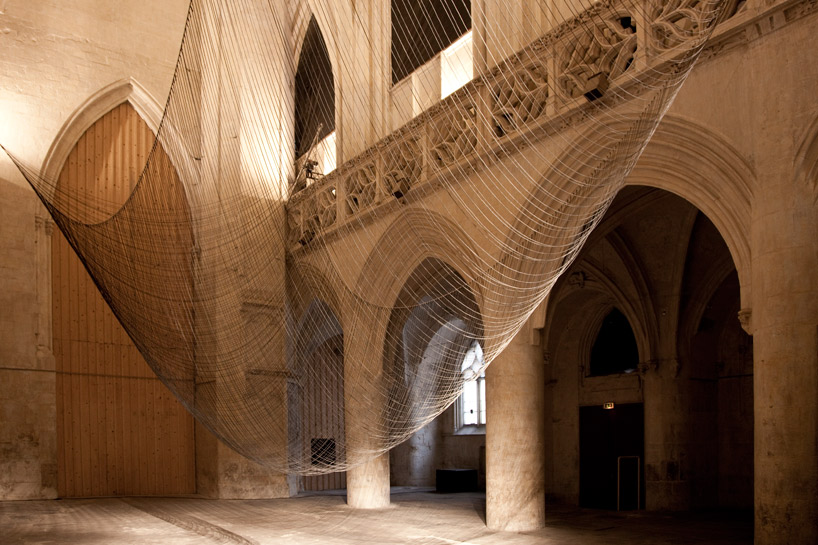 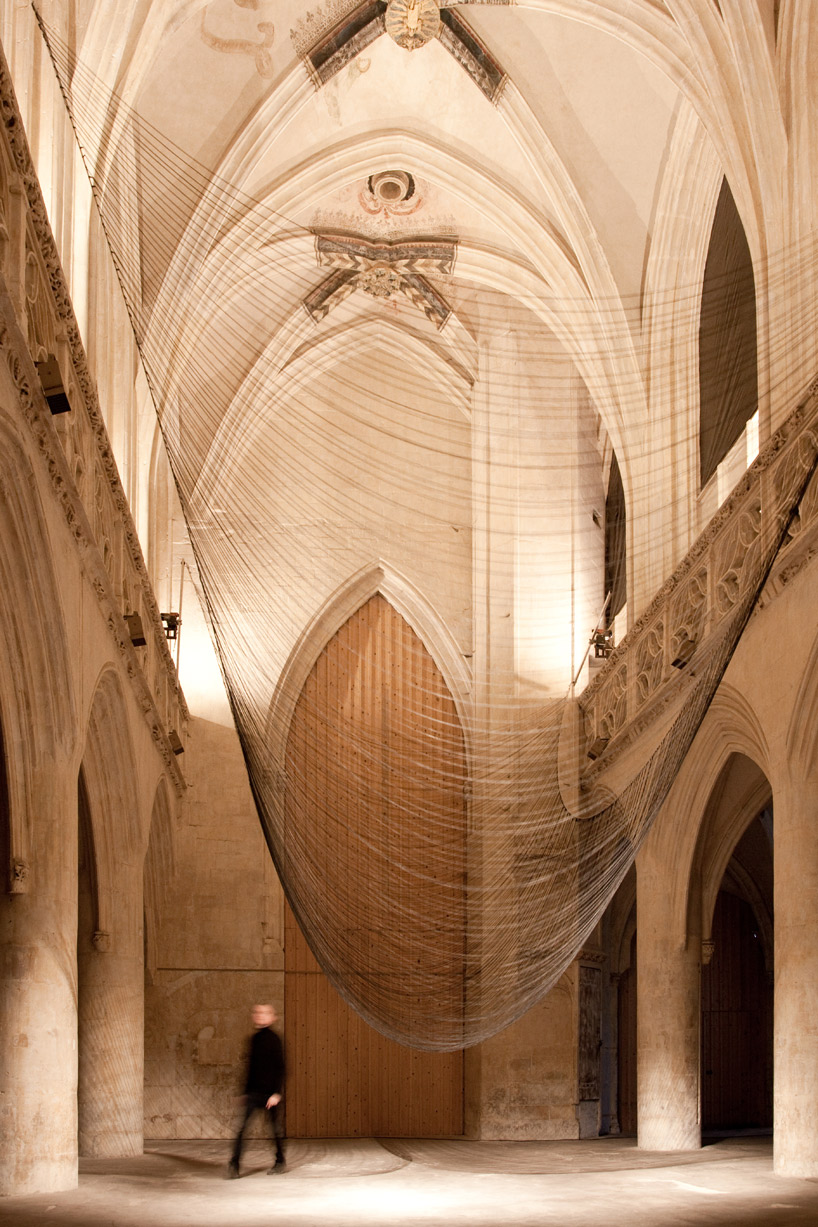 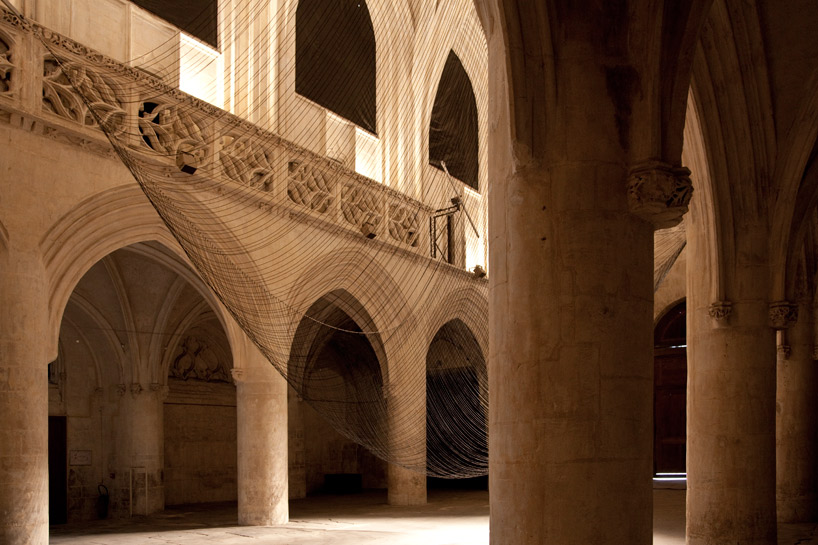 the engine emits one of the first four notes on the scale– do, re, mi, fa 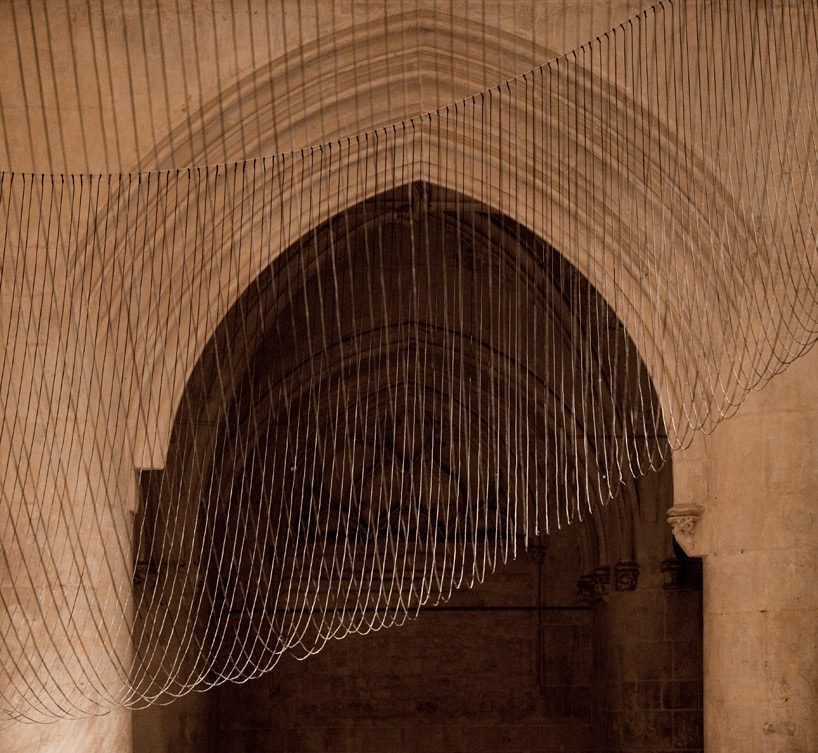 a detailed perspective of the wire-formed artwork 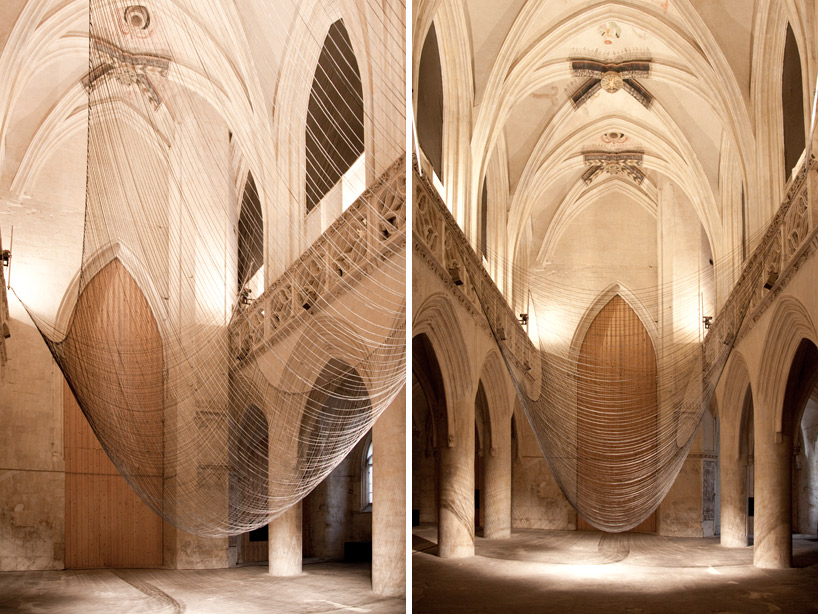 two views of the suspended sculpture

May 19, 2012
david letellier: versus a kinetic sound sculpture