cabinets made from pine run throughout the pavilion image © designboom

for more than a year, liam gillick has been travelling, researching and developing his project for the german pavilion in a continuous dialogue with curator nicolaus schafhausen. making use of computer modeling of the existing german pavilion, the final questions for gillick regarding his contribution circle around models of social behaviour and the problem of how to create new forms of address within loaded ideological sites. the main components for gillick’s work were determined during the final days of installation. the first step of the process was the fabrication of an edition in the form of a model of arnold bode’s 1957 proposal for the new german pavilion. 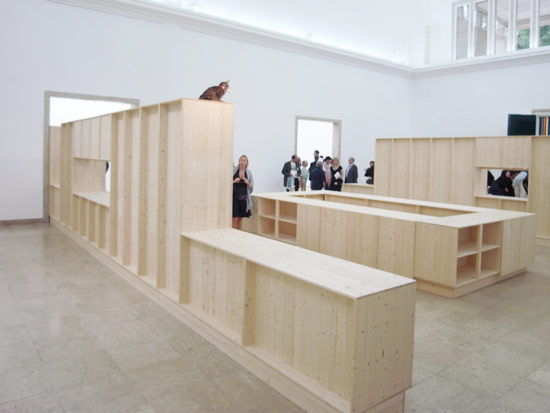 the ‘kitchen’ stands in the main room image © designboom

here, gillick has transfered his daily working environment – his kitchen used as an improvised studio – translating it over to the german pavilion. he has installed a kitchen-like structure which has been constructed from simple pine wood. it lacks appliances, but the ‘kitchen’ exists as a diagram of aspiration, function and an echo of applied modernism that resonates in opposition to the corrupted grandeur of the pavilion.

after re-visiting the replica of margarete schütte-lihotzky’s frankfurt kitchen at the museum of applied art in vienna, a place which has long been an important marker of applied modernism within gillick’s practice, he looked for a solution as to who should occupy his venice kitchen. leading up to the biennale, gillick sat for months in his kitchen with his son’s cat, considering the question ‘who speaks? to whom and with what authority?’ while the cat tried to disrupt his work. as the final touch, gillick and his studio team in berlin, created an animatronic cat as the kitchen’s occupant that sits on top of one of the cabinets. the cat fights against the echo of the building and tells us a circular story that never ends. the cat is in the kitchen, the children are in the kitchen: 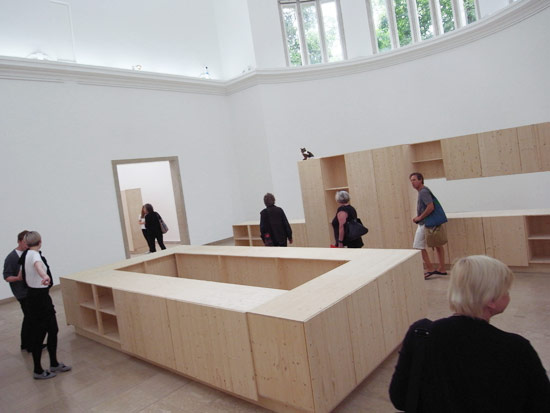 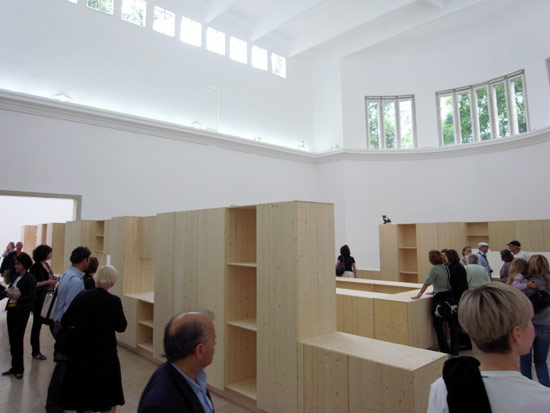 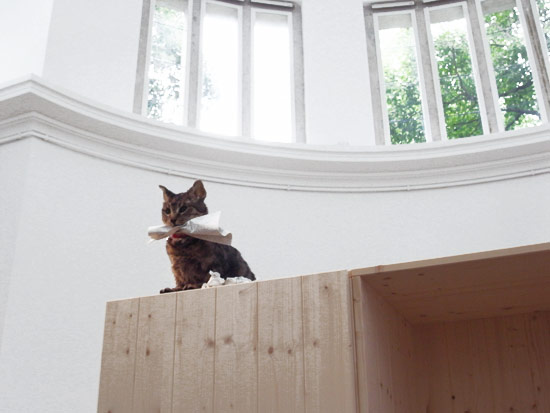 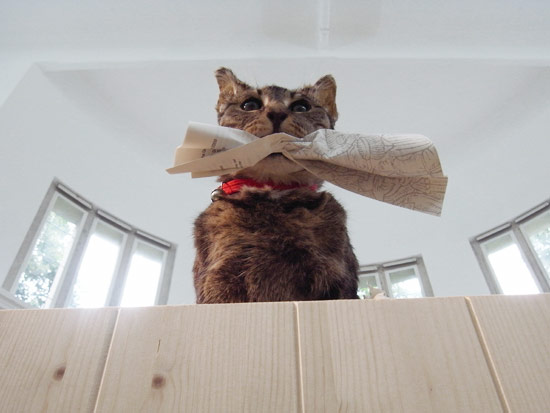 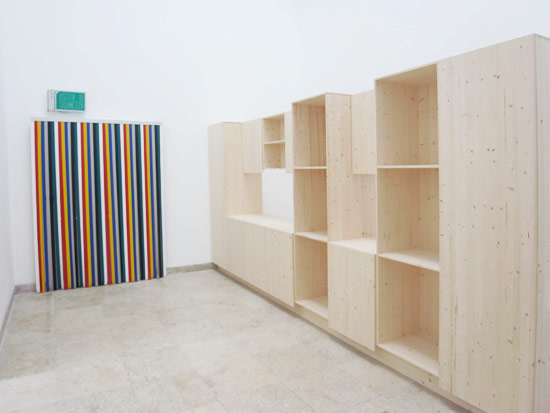 strips of plastic hang like blinds, much like those used to keep flies out of a room. they mark the entrance and two emergency exits of the pavilion. the only signs of color within the neutral space. 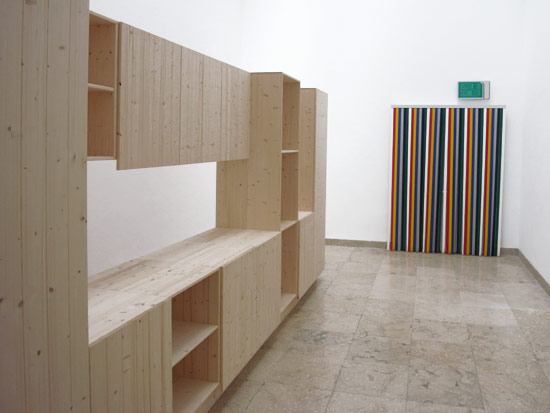 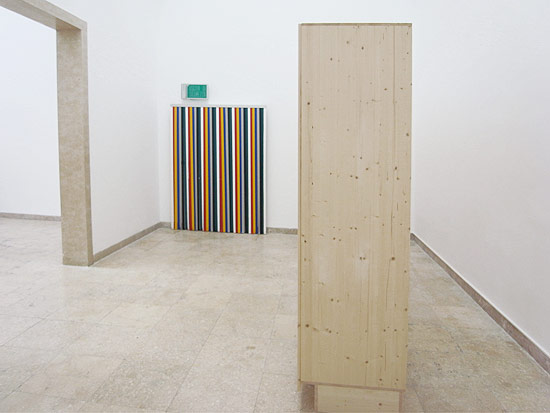 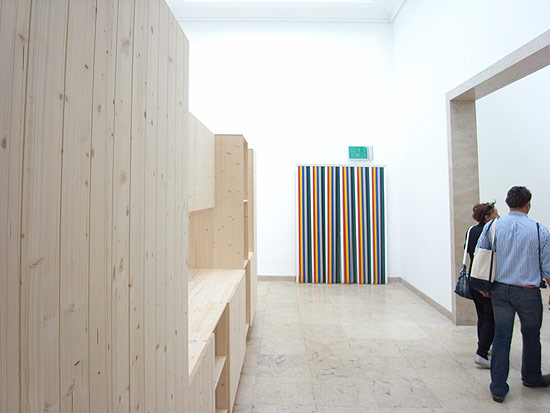 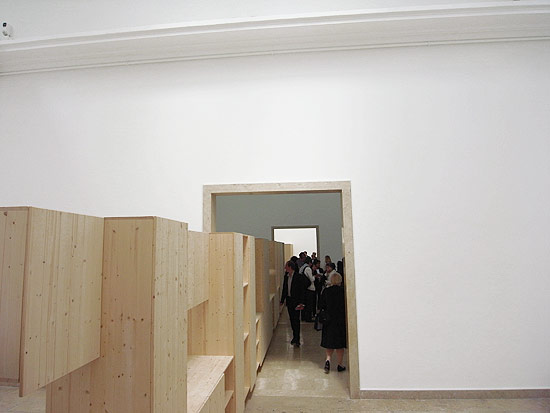 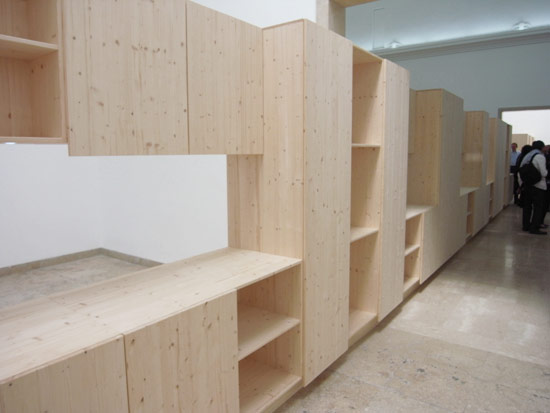 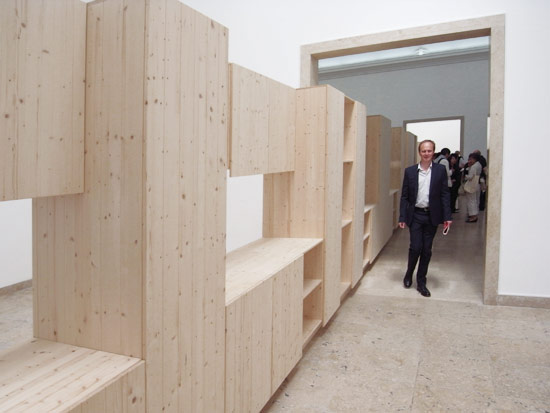 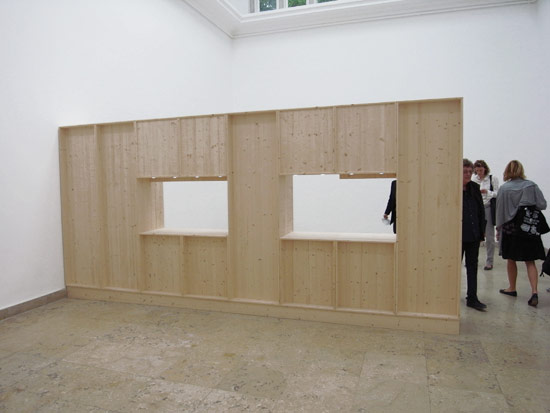 the arrangement of the cabinets dividing the interior space image © designboom 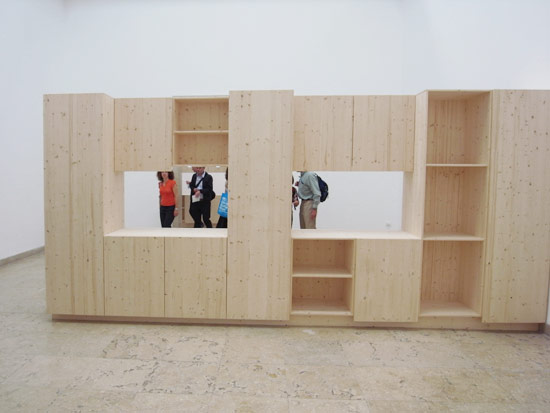 cabinets standing in the middle of the room, usually an unlikely place in a home image © designboom 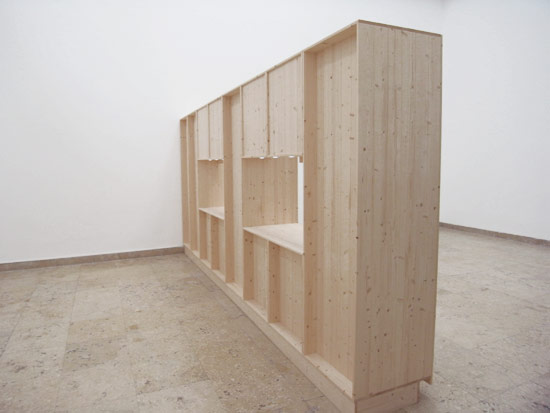 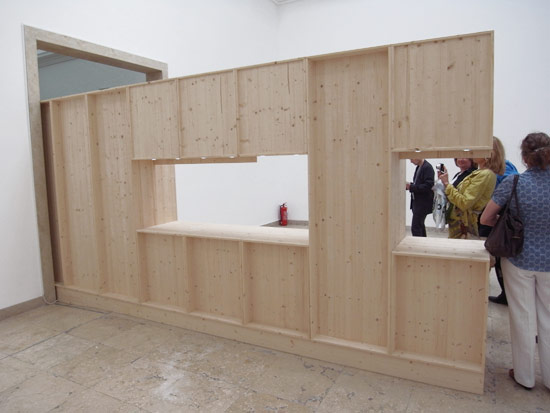 the backs of the cabinets which would normally stand against the wall, are exposed image © designboom 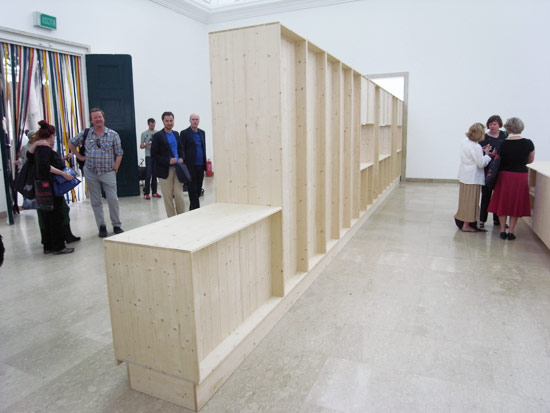 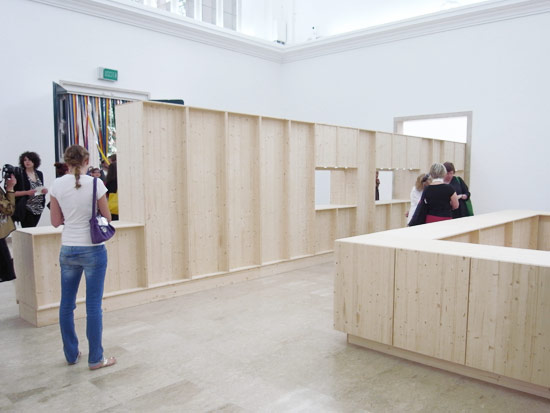 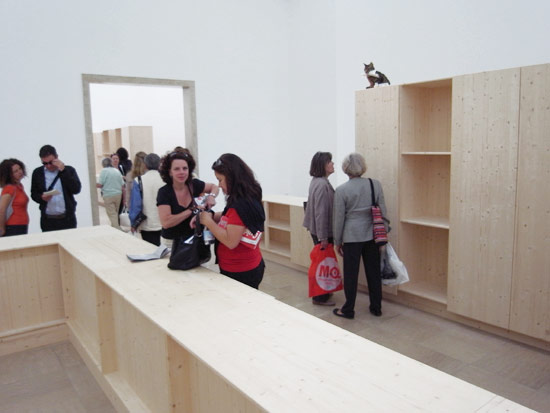 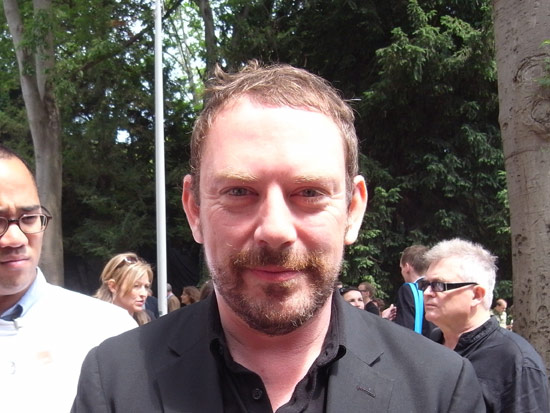 liam gillick was born in aylesbury, england 1964. he divides his time between london and new york city. the work of the british artist had it’s starting point in germany. by deciding to present gillick at the venice art biennale at the german pavilion, curators have opted to promote an image of germany as being a cultural location in international art, as well as a centre for critical debate on contemporary art, architecture and forms of national representation. 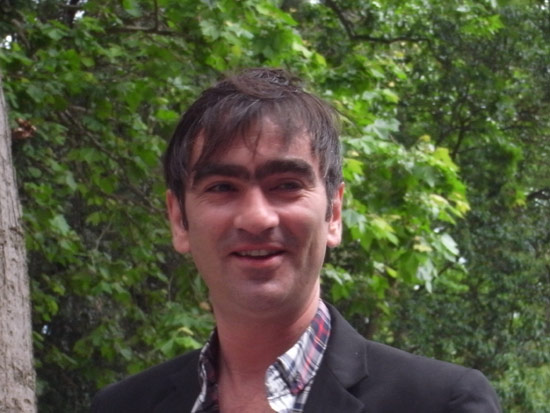