lino russo forms the title of his photographic series ‘skymetric’ from two words: ‘sky’ and ‘geometric’. the italian photographer has documented the architectural sites, structures and pavilions presented at expo milan 2015, emphasizing the decontextualization of places and spaces. looking upwards towards the sky, russo snaps each building’s rooftop, corners, windows and walls from fragmented vantage points and perspectives. the resulting compositions reveal simple shapes, repetitive patterns, angular lines and saturated colors as the primary interpreted elements. 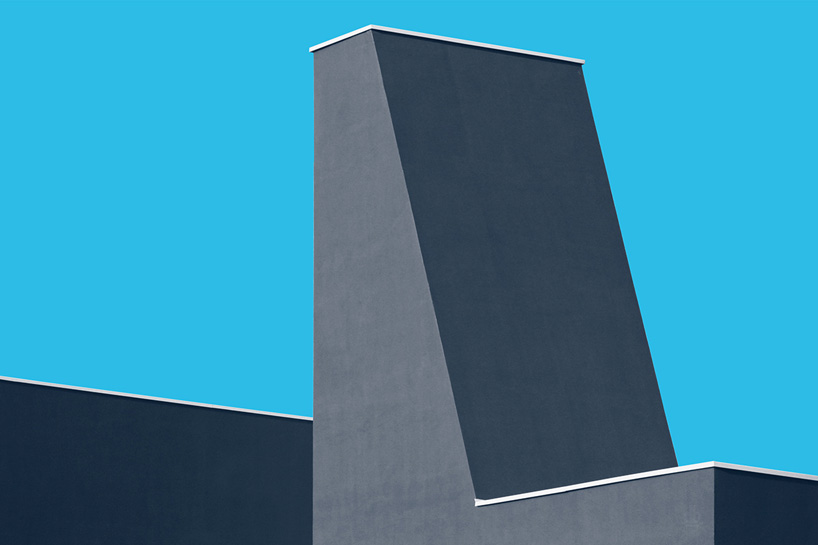 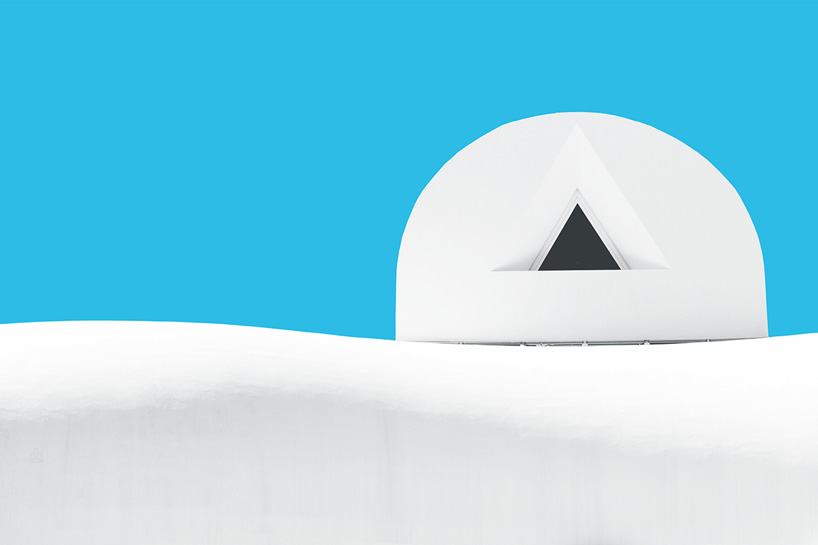 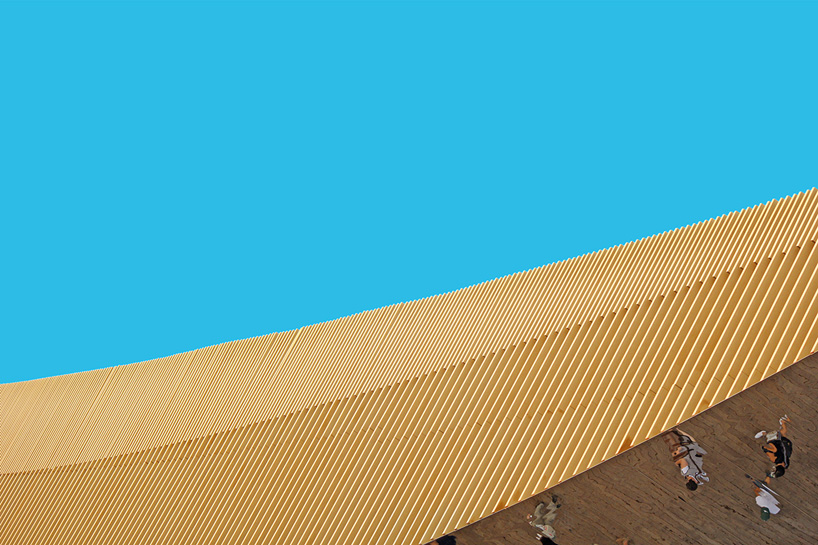 the russian pavilion: a blue sky backdrop contrasts gold-hued details on a the rooftop 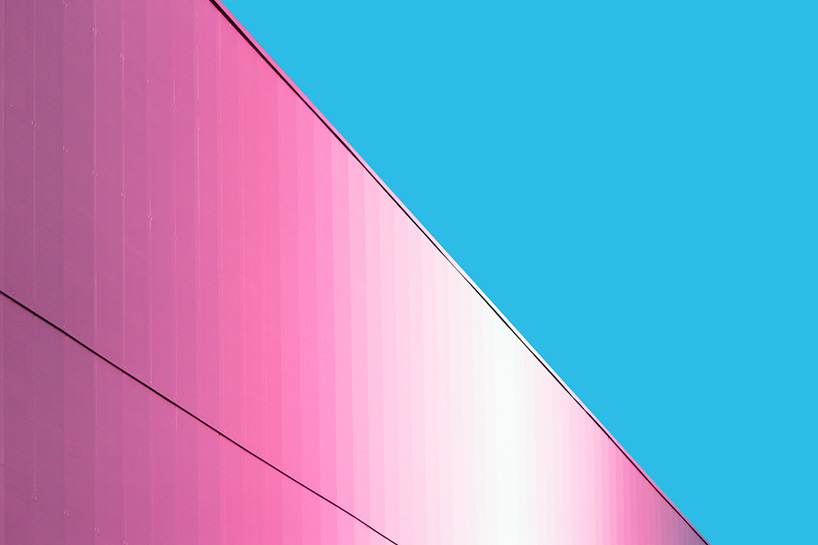 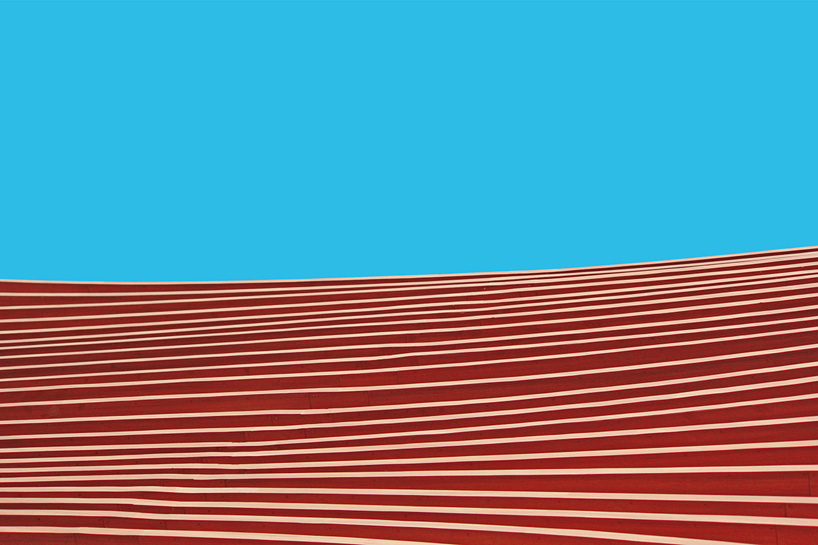 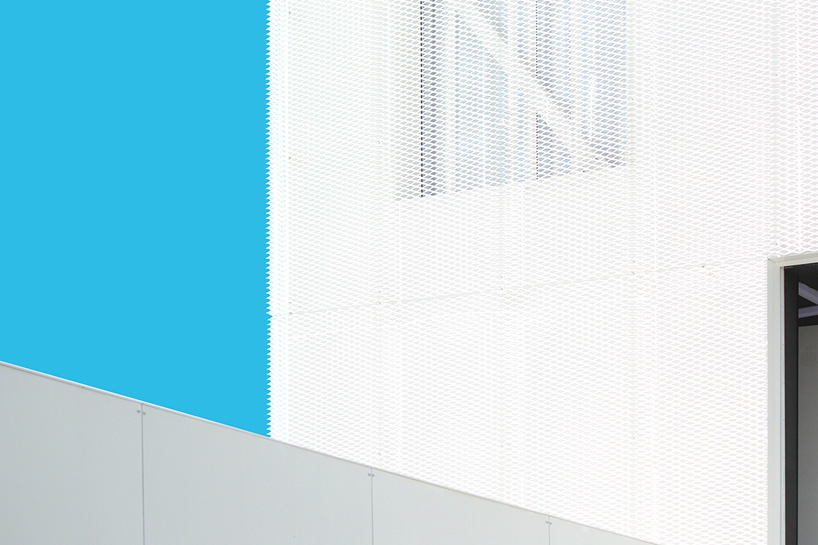 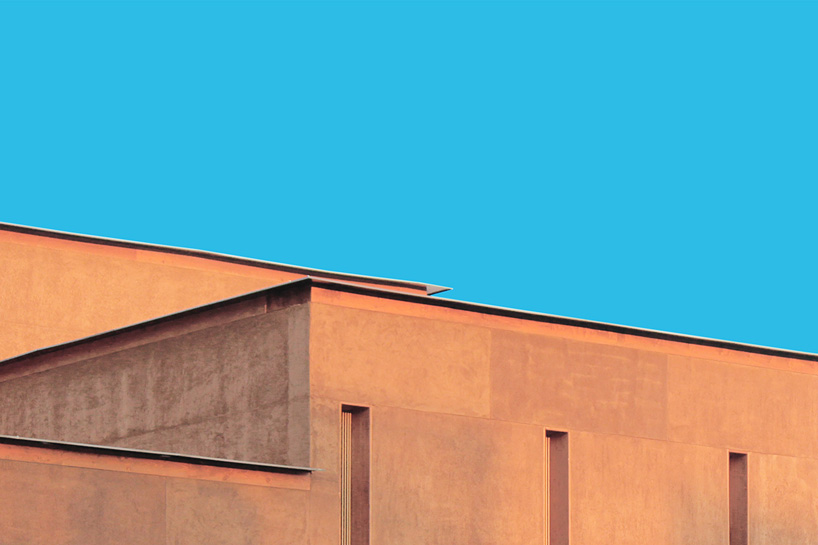 sunlight passes over the morocco pavilion with long, rectangular windows 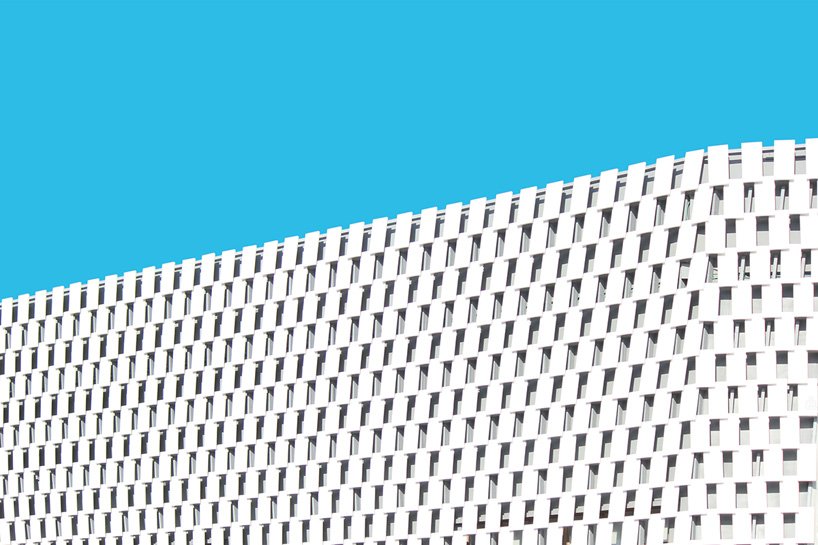 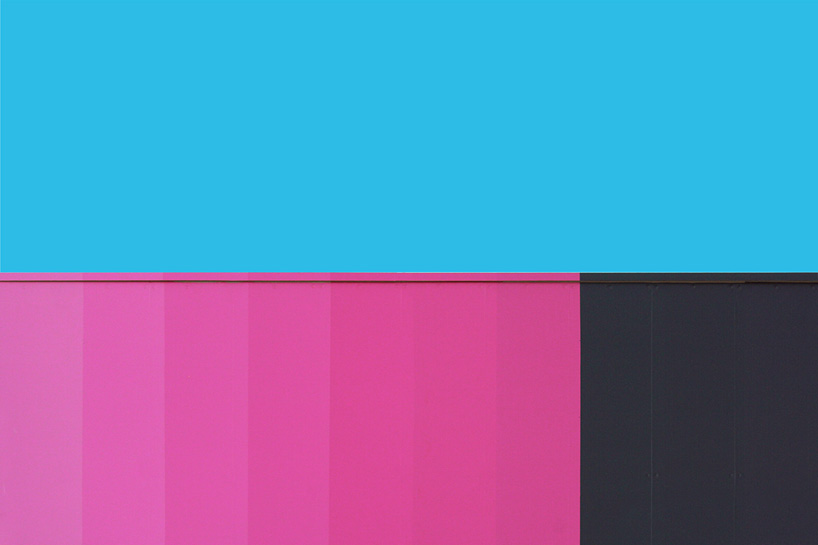 a view of the auditorium, where black and pink architectural details meet 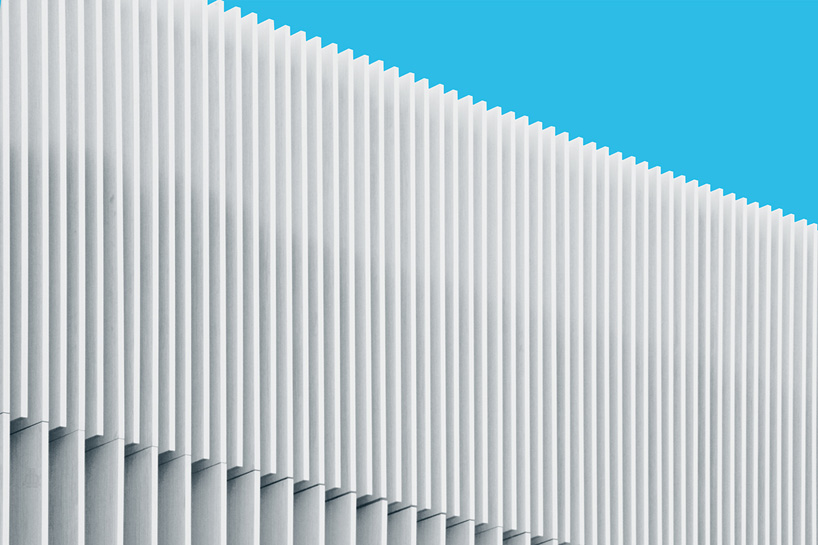 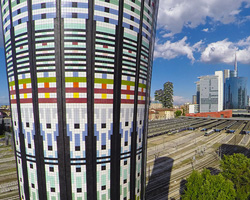