lisa hein and robert seng propose their interpretation of wall in the form of a process-oriented work delivered by means of a cooking demonstration. usually bricks-and-mortar bring to mind the feeling of permanence, stability and protection, but the brooklyn-based artists have instead, swapped out the concrete building blocks for something a little bit more wiggly jiggly – moulding colourful slabs of juicy jello in a range of flavours to assemble a partition. 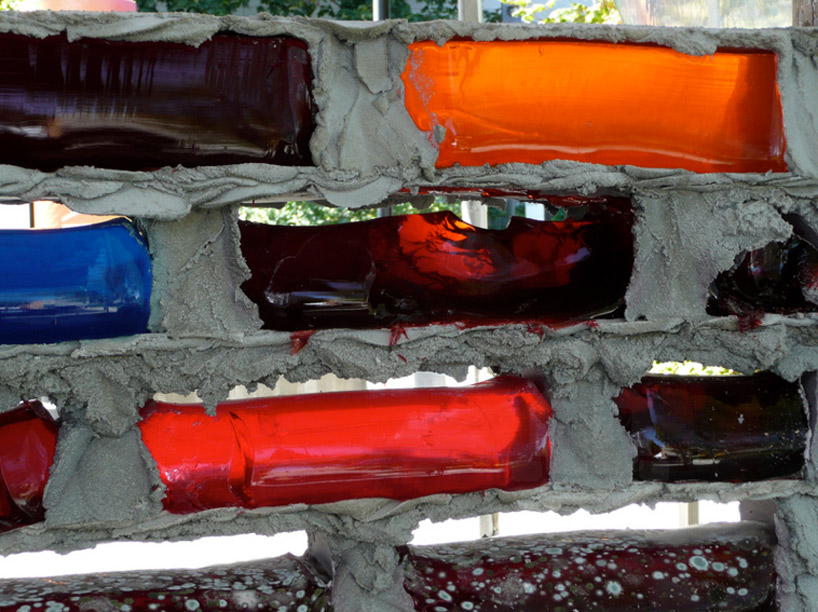 detail of the jello brick wall which over time decays, leaving only the mortar intact

the work encompasses hein and seng’s creative approach in which they develop and realize their projects through an element of performance, with the resulting fabrication being influenced by its set environment; whether through intentional actions and provocations, or natural changes. 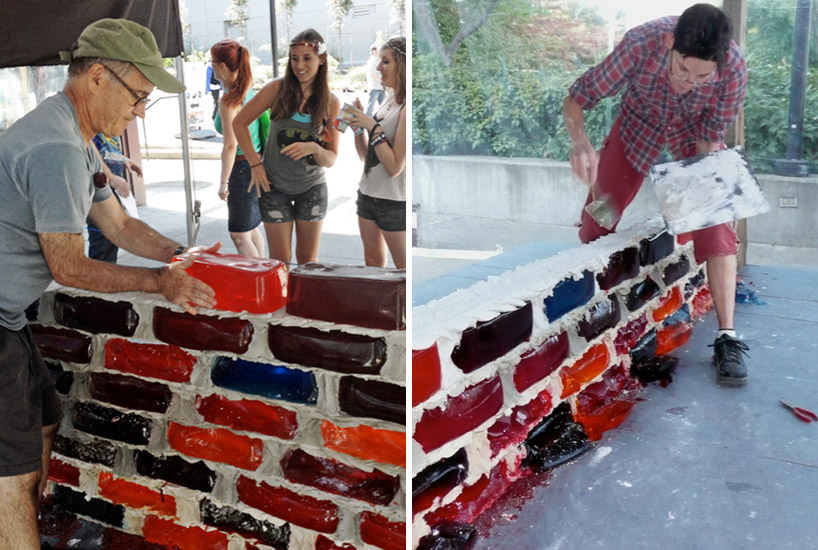 ‘bruise’ is built-up through a performance of mixing, cooking and assembling

entitled ‘bruise’, the jello bricks are laid with gypsum paste and subsequently supported by a durawall truss. the installation is mixed, cooked and assembled on site, and though the properties of jello see its gelatinous form decay and melt over time, construction still continues, with only the mortar left in tact …

originally constructed for exit art in NY (2003), it more recently made an appearance at the seattle centre in 2012. 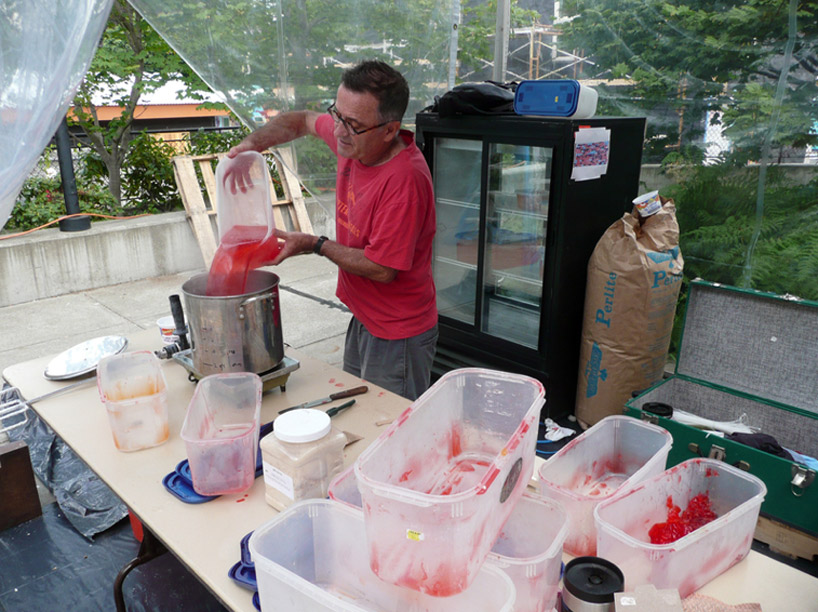 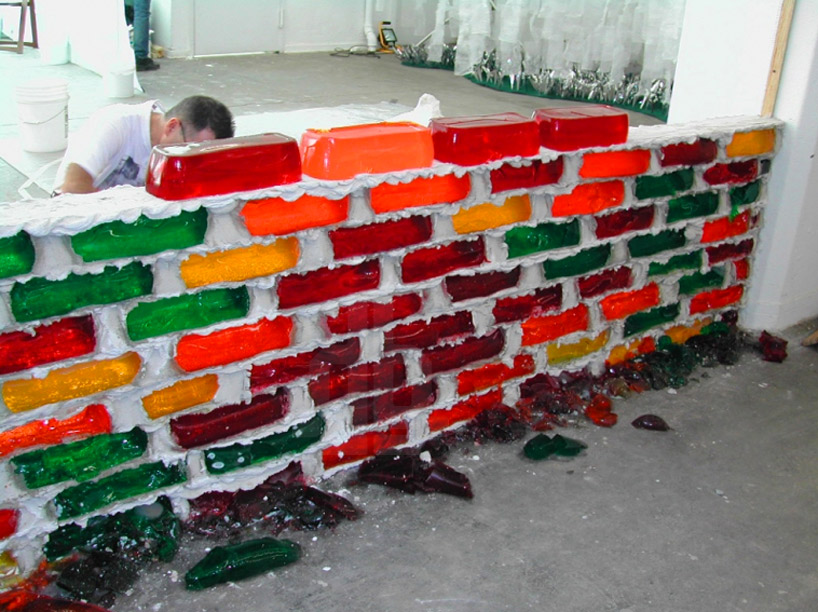 the original iteration of the jello brick wall in 2003 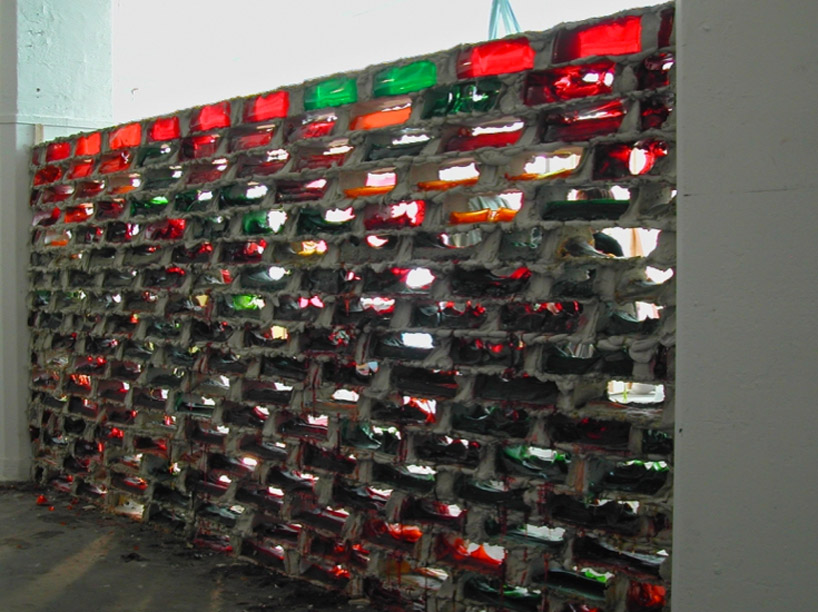 overtime as the gelatinous material starts to melt, all that is left is a mortar grid 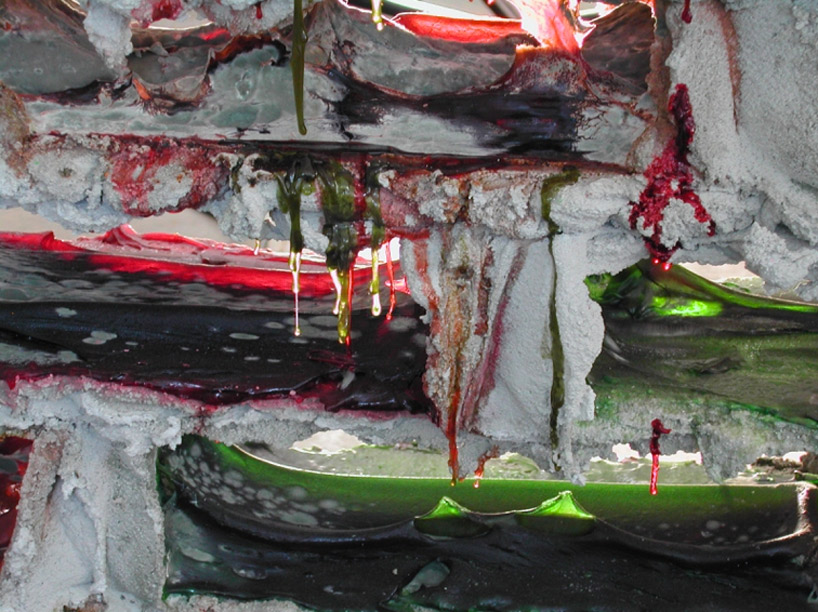 detail of the jello and mortar

the making of the jello brick wall
video courtesy of heinseng