new photographs and one of the artist’s debut sculptural works comprise the ‘lost in art’ solo show by chinese portrait artist liu bolin at new york’s eli klein fine art gallery. the exhibition features new pieces from the artist’s ‘hiding in the city’ and ‘hiding in new york’ series, with an increased focus on culturally and historically significant locations such as the site of the world trade center, or an information kiosk in china where hundreds of youth have placed posters seeking employment. together with ‘peony’, bolin’s first sculptural work, the pieces interrogate commodity culture and the changes that come with time.

about ‘panda’, pictured above, the gallery curators reflect: ‘the work confronts the viewer with a palpable materialism, whereby the viewer can sense an infatuation with commodity that has recently supplanted many elements of traditional chinese culture. through the numerous identical stuffed pandas, liu bolin forces us to acknowledge the pull of material objects and the power that they wield in contemporary china.‘ 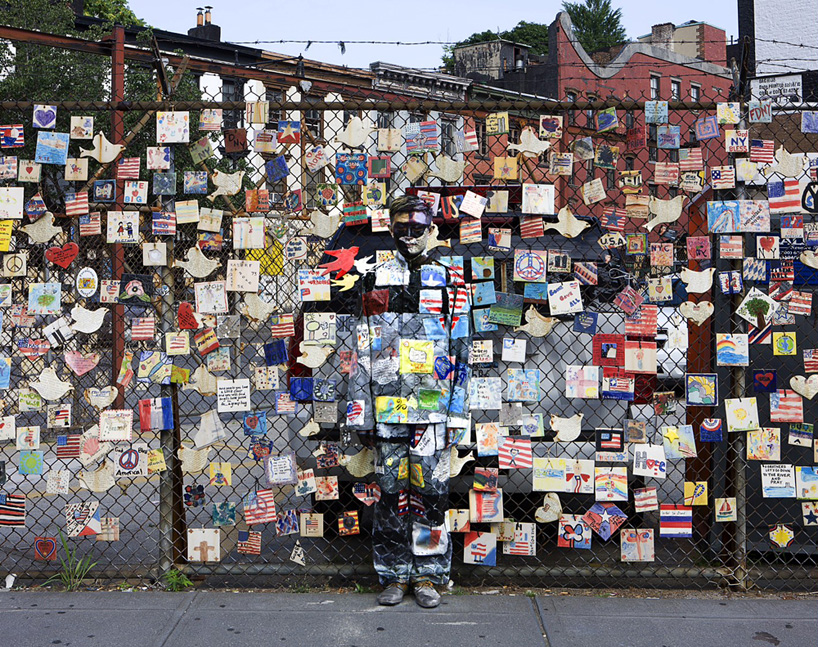 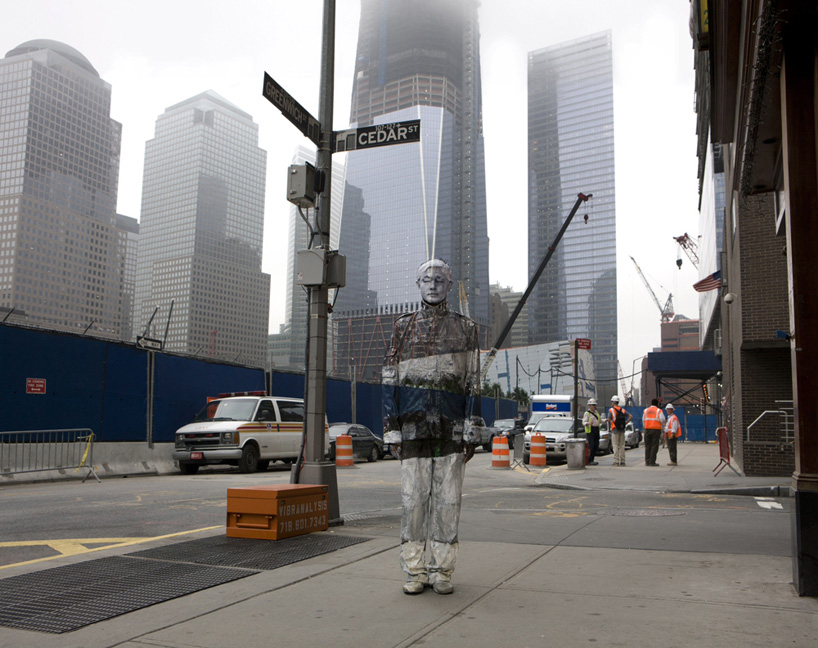 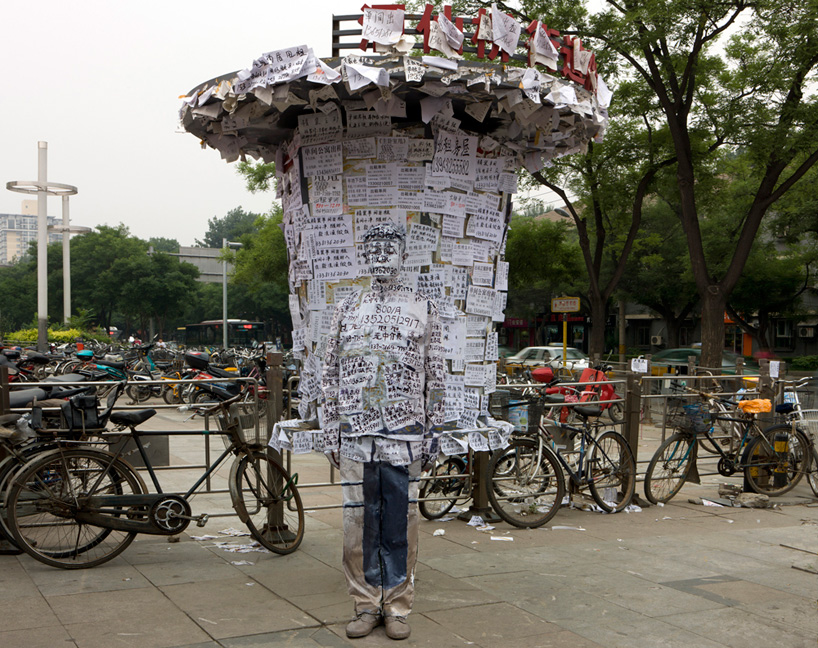 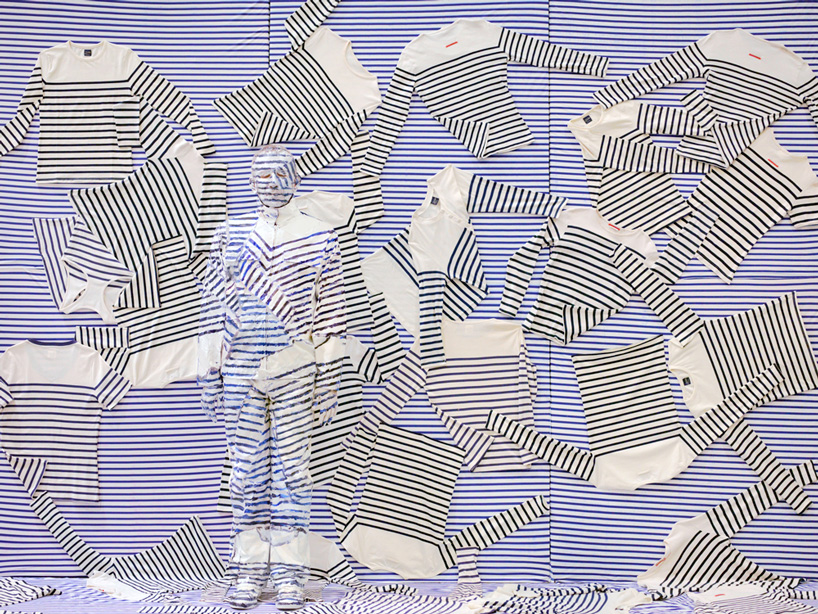 also on show in ‘lost in art’ are the artist’s portrait series, completed for harper’s bazaar. for this collaboration the artist has removed himself from being the subject of his work and instead celebrates four major fashion houses: jean paul gaultier, lanvin, missoni and valentino, by selecting their designers as his muses and getting them to ‘lose themselves in their work‘.

see designboom’s full coverage of the series in ‘liu bolin for harper’s bazaar‘. 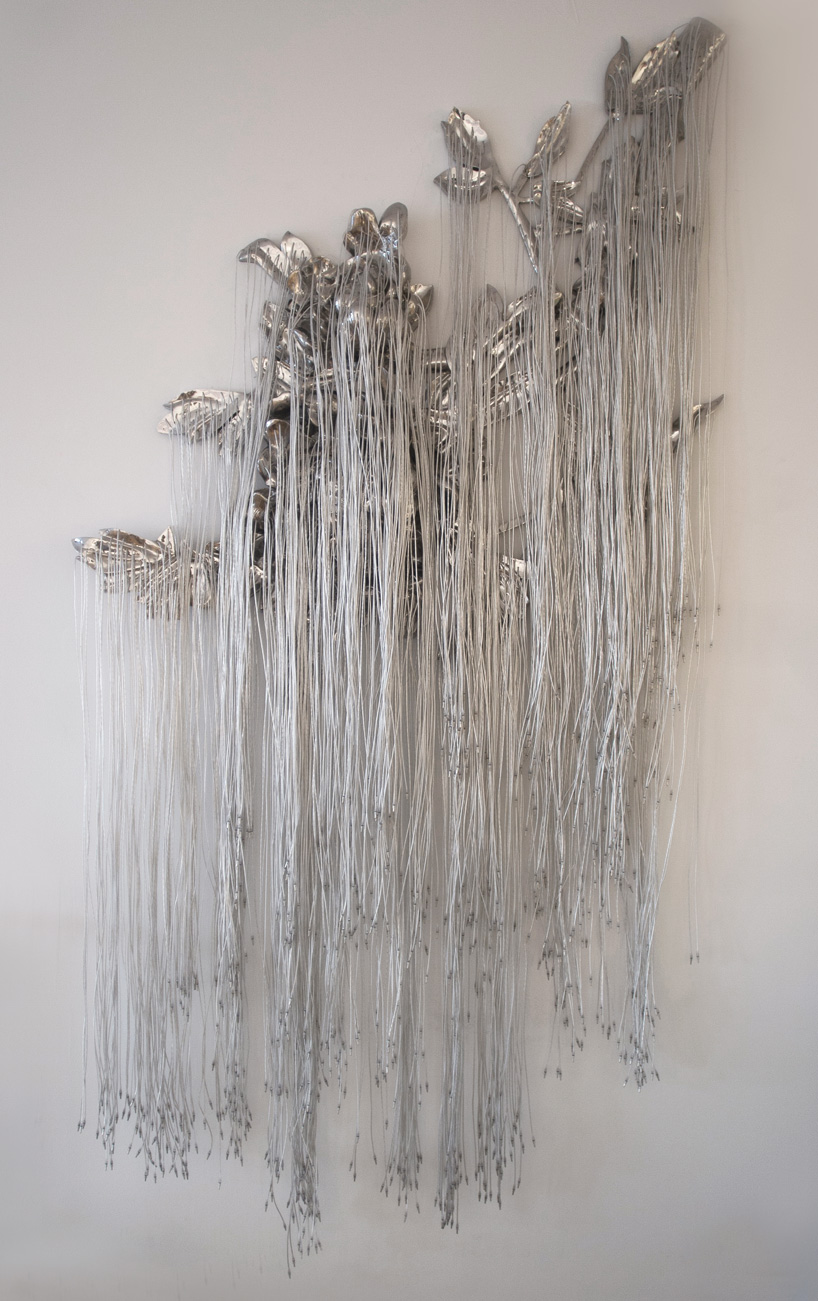 ‘peony’ is part of liu bolin’s debut sculptural series, ‘charger’: a peony flower, constructed using cellphone chargers that he assembled. in chinese culture, the peony represents prosperity or the desire to attain in. bolin draws the parallel that the cellphone serves as a modern representation of this desire, as people constantly seek to buy the latest product as a kind of status symbol. ‘the appearance may be ephemeral but the essential driving factors behind the eternal human quest for affluence and success remain constant and unchanging.’

other works in the ‘charger series’ plug the devices into figures of the human body. bolin notes that these accessories are a perfect manifestation of the unappeasable nature of human desire, because they are objects that are still functional themselves as appliances, but become unusable (because of incompatibility with new phones, themselves quite likely bought while the old one was still functional). 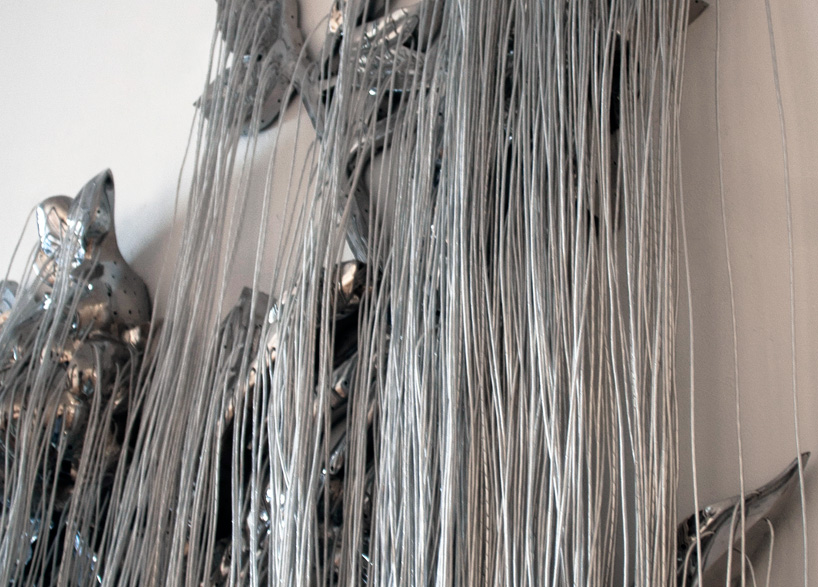 ‘just as the peony has been a commonplace feature in traditional chinese households, now the drawer of useless cell phone chargers has become a mainstay of contemporary chinese households. they are stored for too long, and as all things kept past their expiration, they collect dust and start to break down. the cell phone chargers in this piece completely cover the image of a peony flower. the chargers are like mold or dust, growing and accumulating over traditional society. our thinking in this era has become rotten. when one’s thinking cannot keep up with the pace of society, one is eliminated. this work symbolizes my survival in this decaying society. weighed down by ever-growing burdens, we are rendered lifeless. waiting for death is each of our fates.‘ 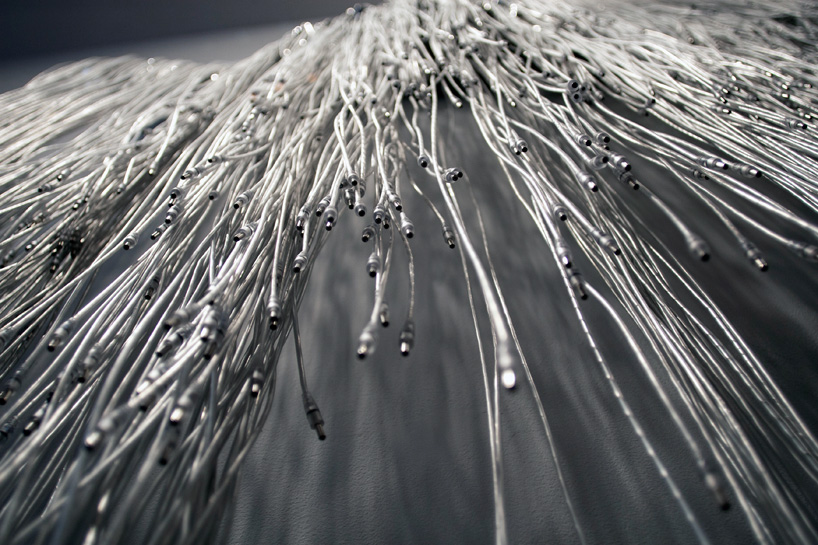