chinese artist liu bolin — widely known as ‘the invisible man’ for his camouflaged painting technique that conceals himself into his surroundings — has completed a new work for the united nations global goals campaign. the artwork ‘the future’ features the hand-painted bolin set against a backdrop of 193 UN flags. the piece, created in the artist’s beijing studio, draws attention to the 17 ‘global goals’, which will be adopted by 193 world leaders on september 25th 2015 — a series of ambitious targets to end extreme poverty, fight inequality and injustice and tackle climate change by 2030. 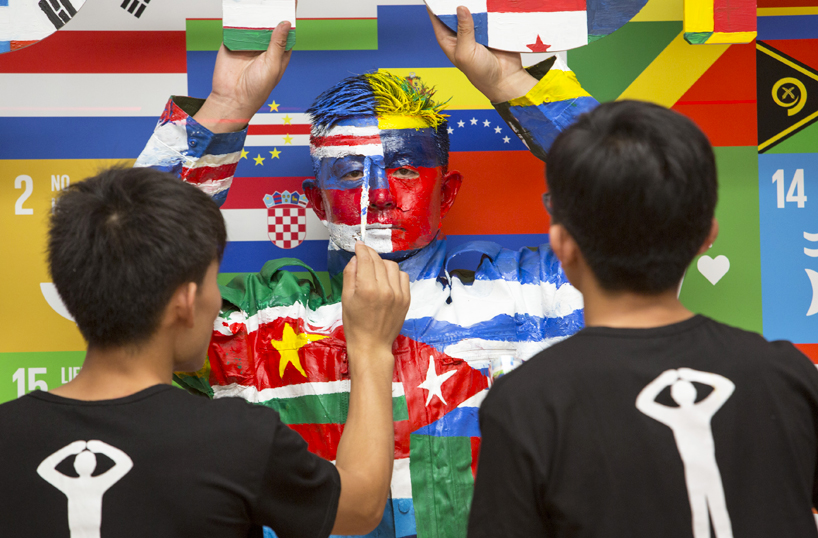 ‘the name of this new work is called ‘the future’, bolin says. ‘compared with my former works, where I draw attention to social issues by hiding myself in the background, this piece aims to make people think about the future of human beings. I want this new work to help raise consciousness about issues such as poverty, unbalanced development, and global climate change. we can’t stand idle around these issues. we need to do something. art cannot change the future, of course, but it can touch the present. I hope that through this work, more and more people will become aware of how serious the issues we face are, and start making an effort to change the world.’ 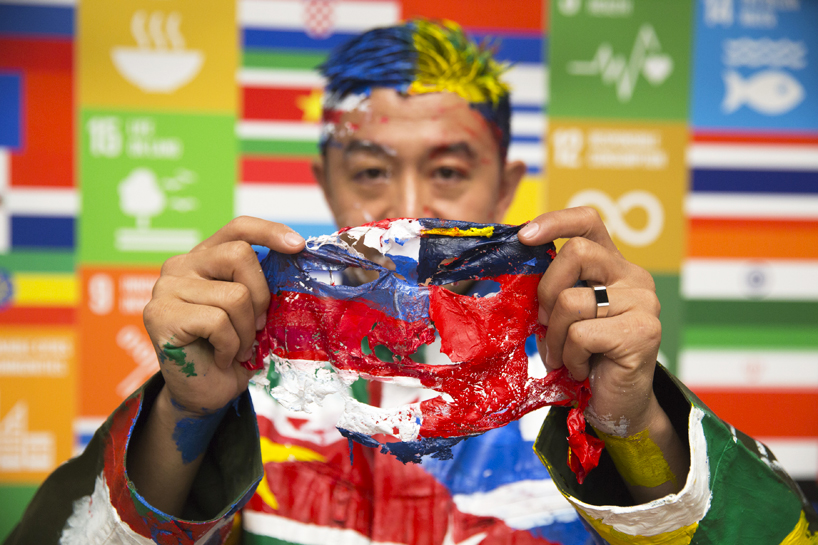 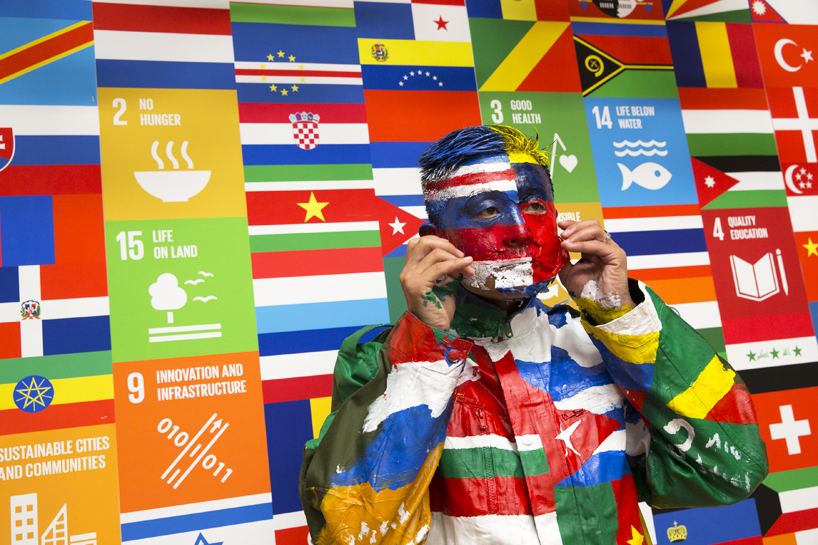 the artist in his painted form 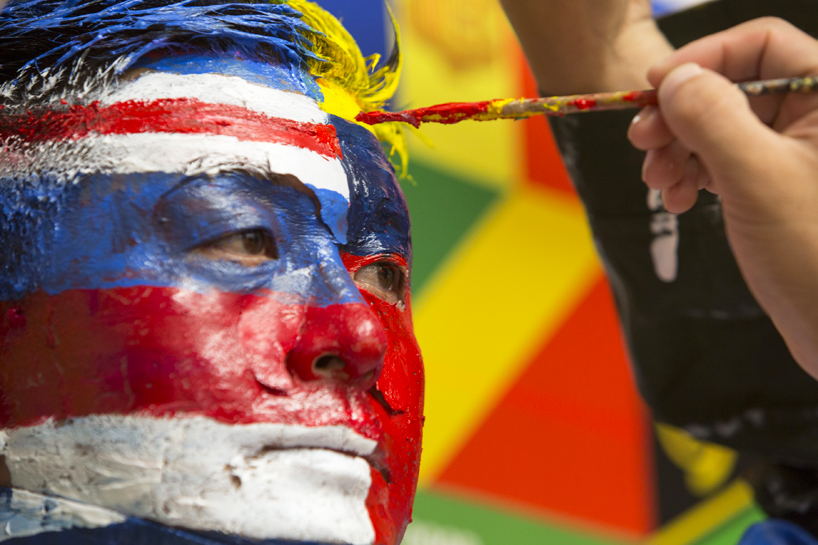 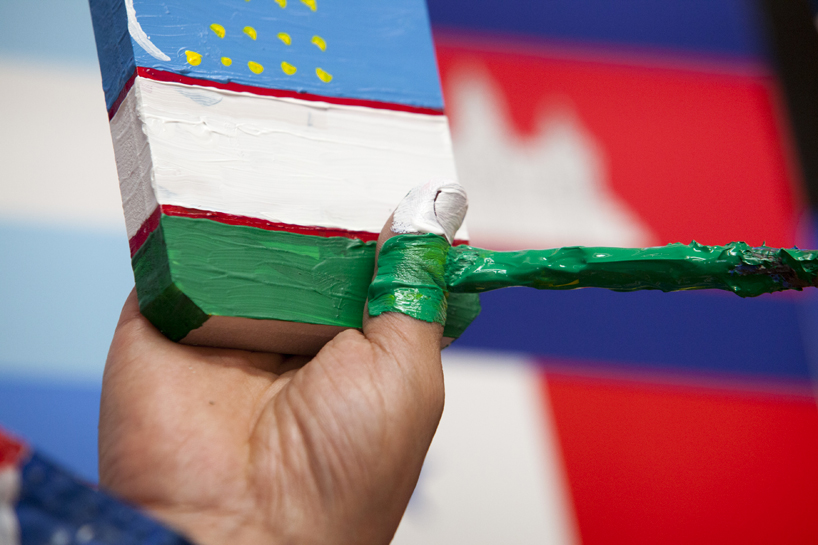 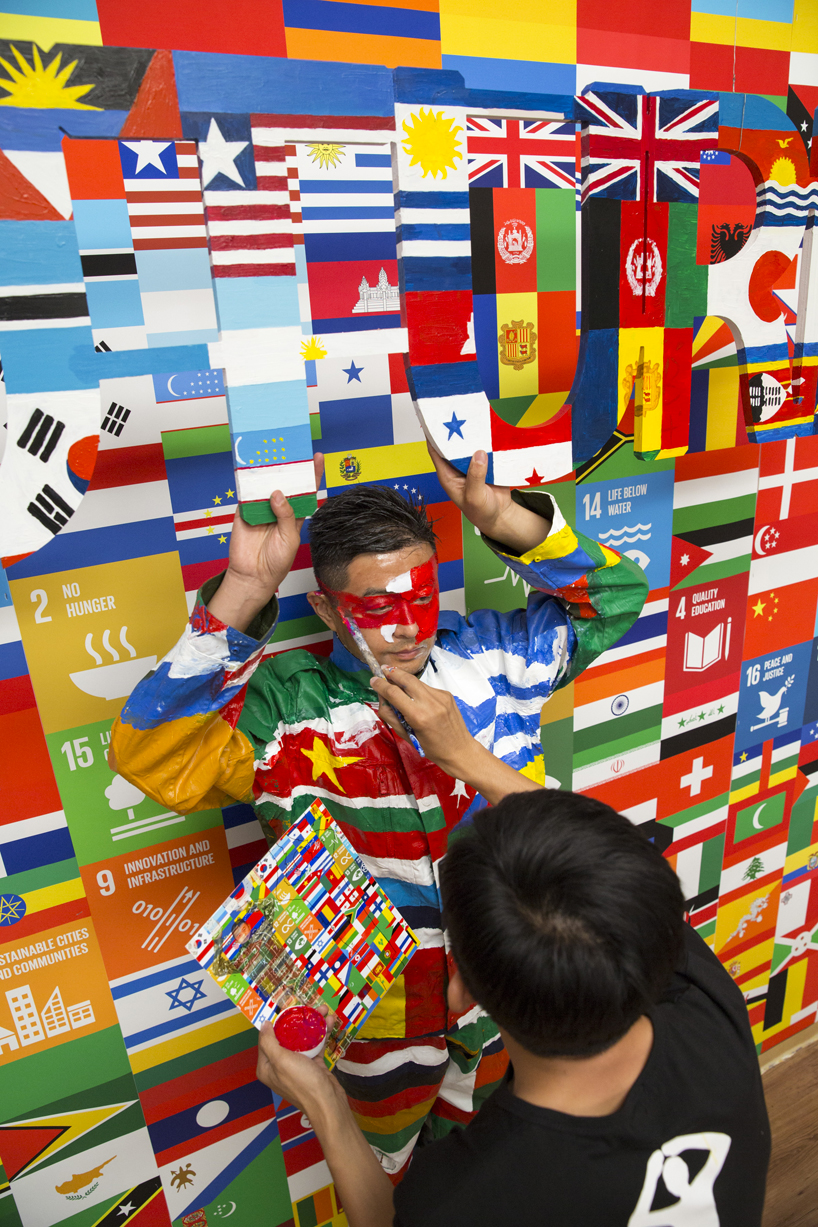 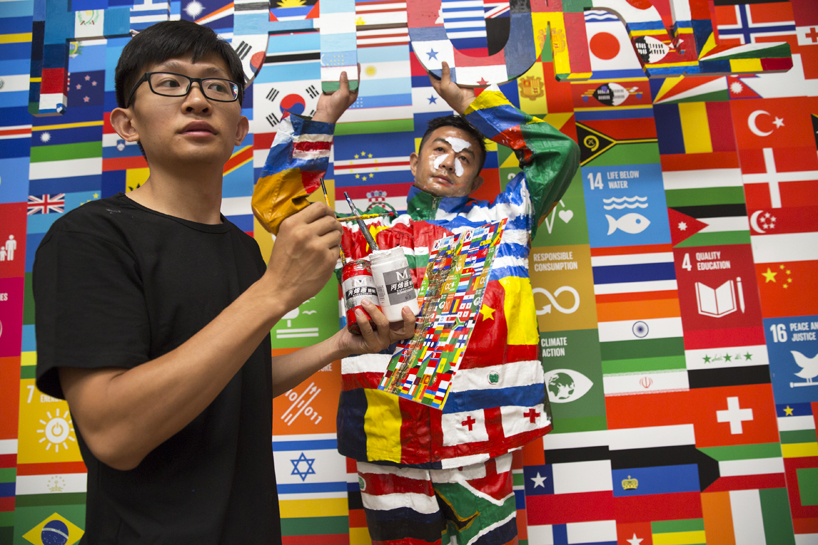 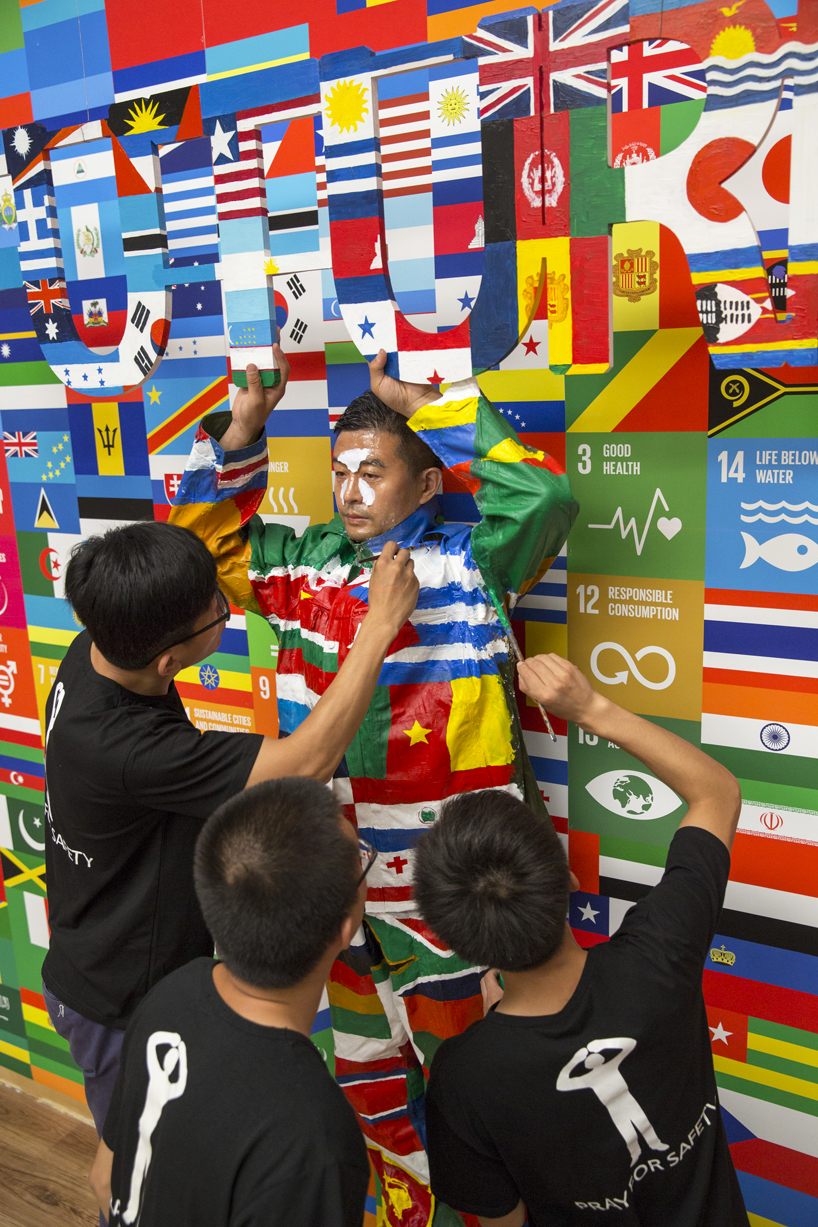 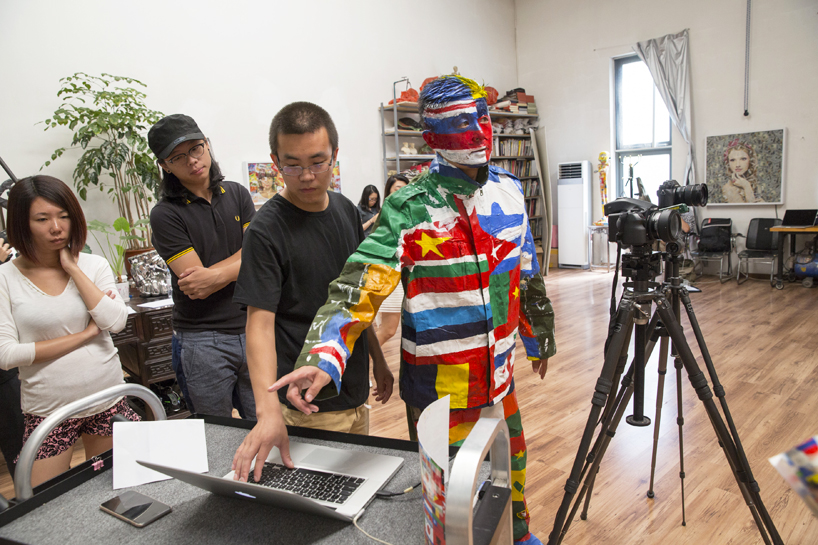 the work has been created in bolin’s beijing gallery