london and beijing-based media artist liu jiayu’s transports the visitor from one time zone to another in her latest installation ‘riverside’. using projections developed in several live-programming toolkits, jiayu aims at breaking the original spacetime view of conventional artistic creation through her works. 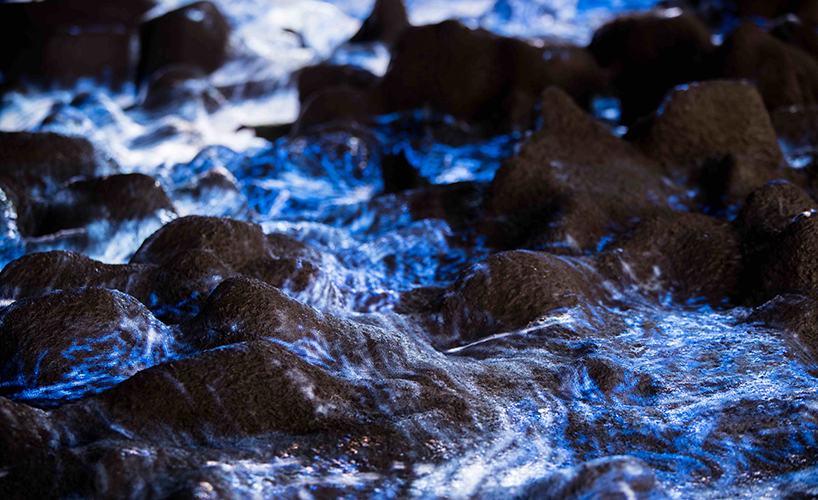 as in the wormhole concept, the riverside links separate points — london, where the installation is based, and beijing — in spacetime. it allows the experience of the natural state of GMT+8 time zone in the GMT+0, as the visitors walk along the riverside and recalibrate the flowing nature of different cultures. 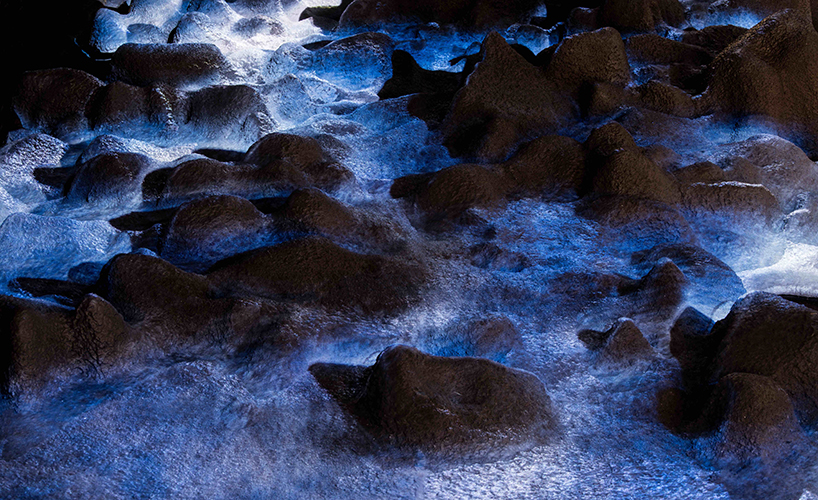 ‘different cultures were shuttling, encountering, rejecting, permeating and merging with each other among the ‘wormholes’ brought by the ‘broken’ spacetime,’ explains liu jiayu. ‘proceeding from individual cultural identity, the project presents two rivers and attempts to capture the ‘culture wormholes’ in the context of new media era.’ 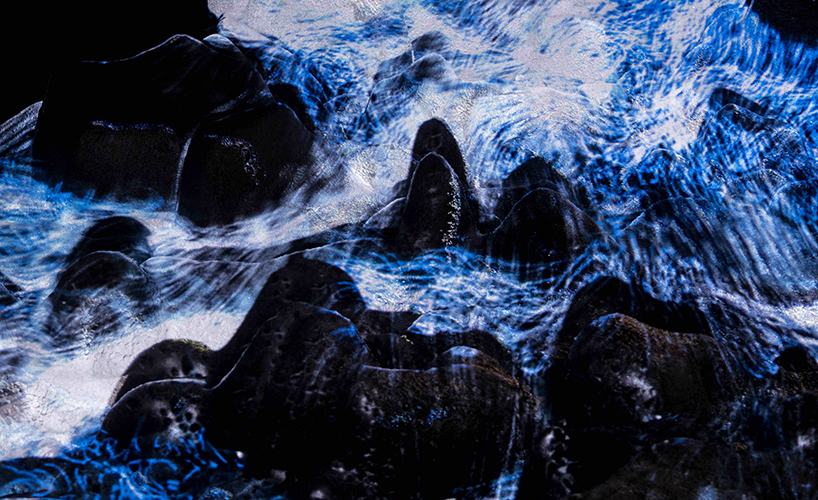 the piece was created using a combination of fluid simulation, real-time motion graphics, and projection mapping. the fluid simulation was created in houdini, based on a 3D scan of the real riverbed. it was then exported as layers of particles and geometry into a multipurpose live-programming toolkit know as vvvv and rendered in real-time using various motion graphics techniques. 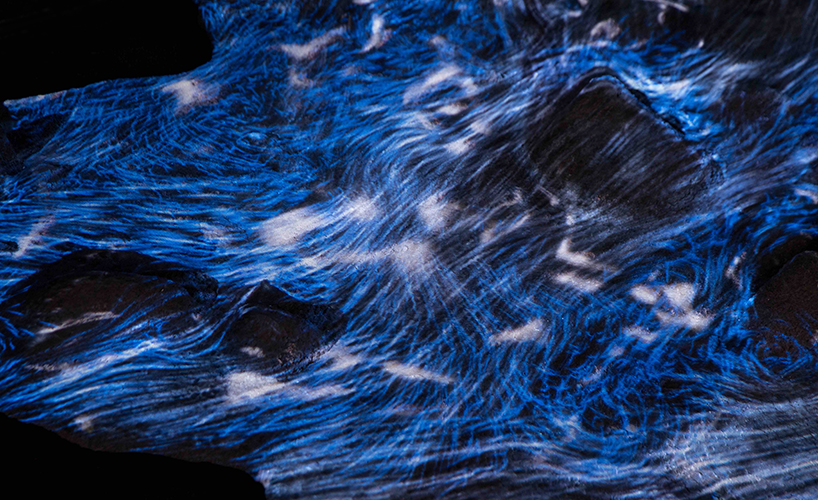 the sculpture was mapped using 6 HD projectors. the projection mapping technique employed a brightness accumulation map to achieve even coverage and complex edge blending for shadow filling. parameters in the system were controlled by a clock allowing the piece to change in real-time according to the position of the sun and moon in beijing. jiayu hopes that the visitors will be able to feel the turbulence of data as it flows in river forms. 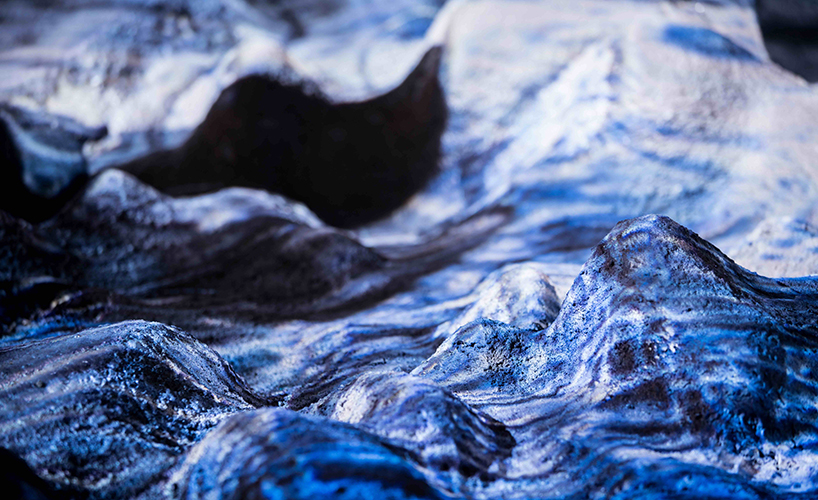 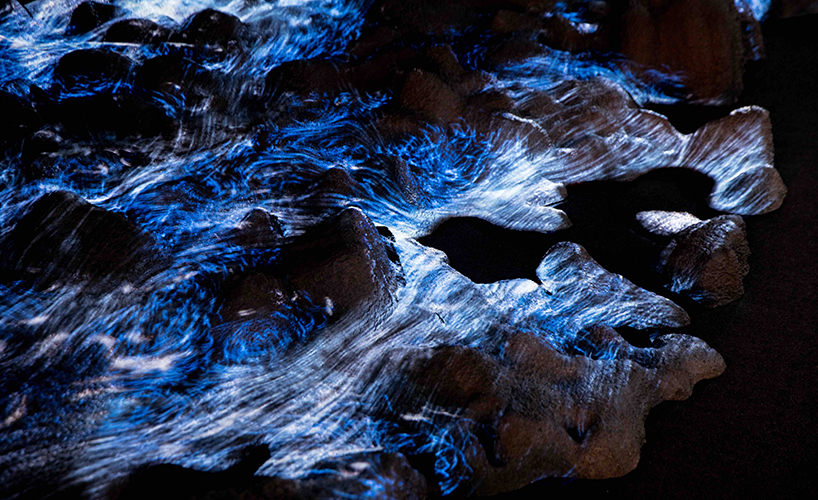 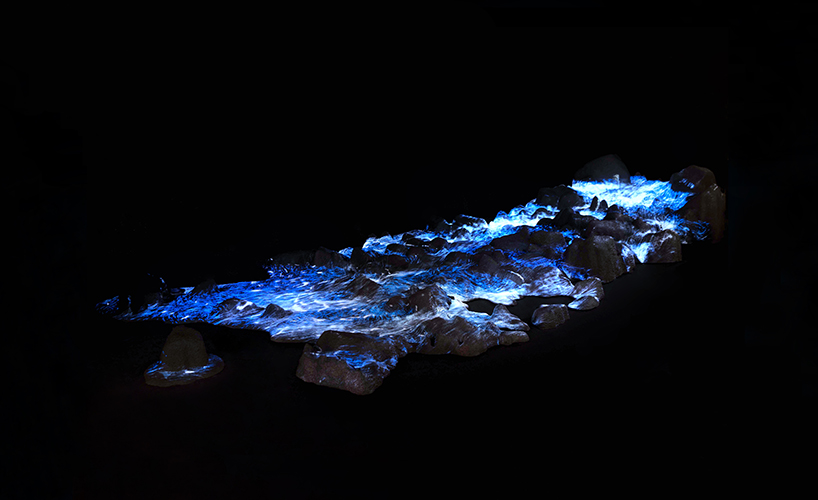