since moving to hanoi a few years ago, photographer loes heerink has become ‘obsessed’ with street vendors. ‘I would spend hours on top of a couple of locations in hanoi waiting for vendors to walk underneath the bridge,’ she says. ‘I once spent five hours on a location with no shots.’ heerink has since documented numerous views of merchants and compiled a series called ‘vendors from above’.

the collection of images seeks to illustrate the beauty and complexity inherent in the everyday task of carrying flowers and fruits by bicycle through the streets of vietnam’s bustling capital city. 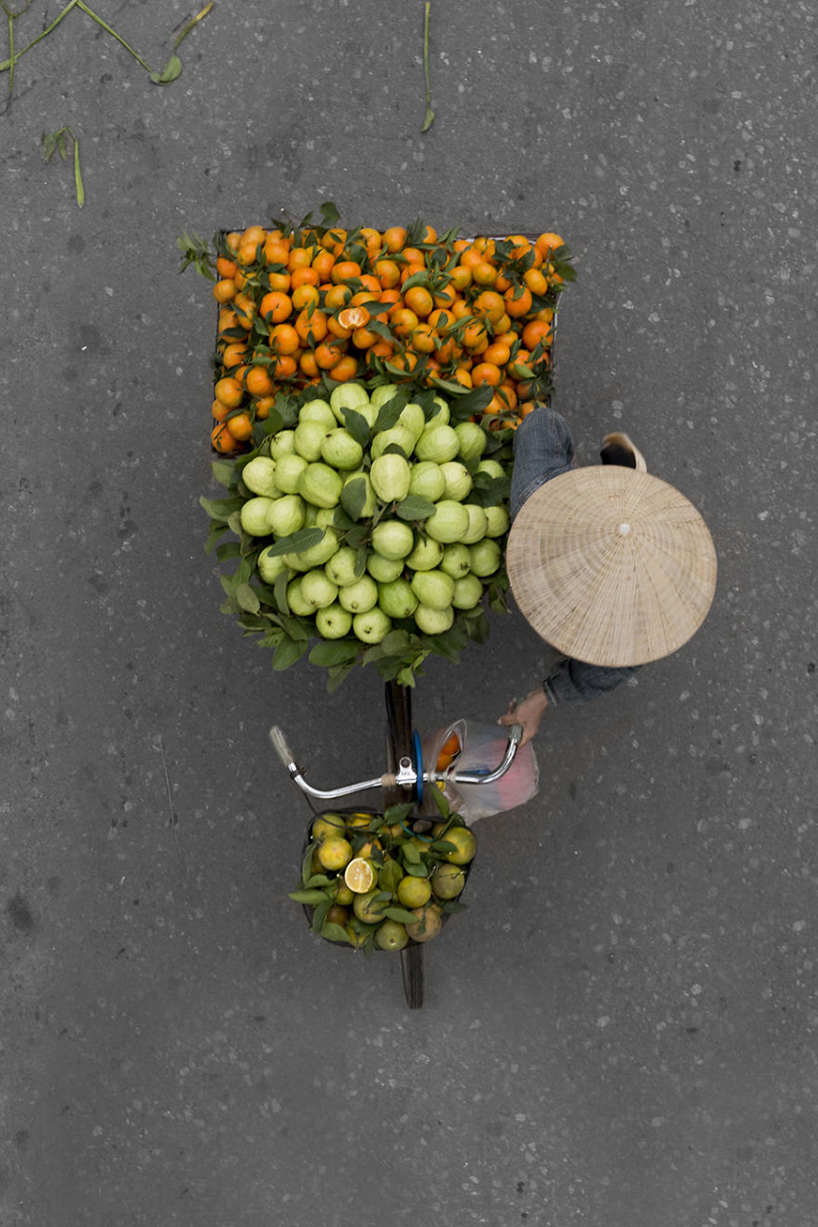 the project started with heerink’s fascination with women carrying goods by bike. street vendors in hanoi are often female migrants who sell fruit, vegetables, snacks and other small items. ‘they have no clue how beautiful their bicycles are, no idea they create little pieces of art every day,’ she recalls.

starting with flower vendors, heerink’ began to photograph subjects from a bridge above street level, capturing them as they passed below. countless hours of waiting for the perfect moment has resulted in a kickstarter campaign to create a book titled ‘vendors from above’. heerink plans to include more than 100 images in the book, and hopes to make a trip back to vietnam to interview some of the merchants as accompanying insights for the publication. ‘I want you to see what I see —  the art that street vendors create every day.’ 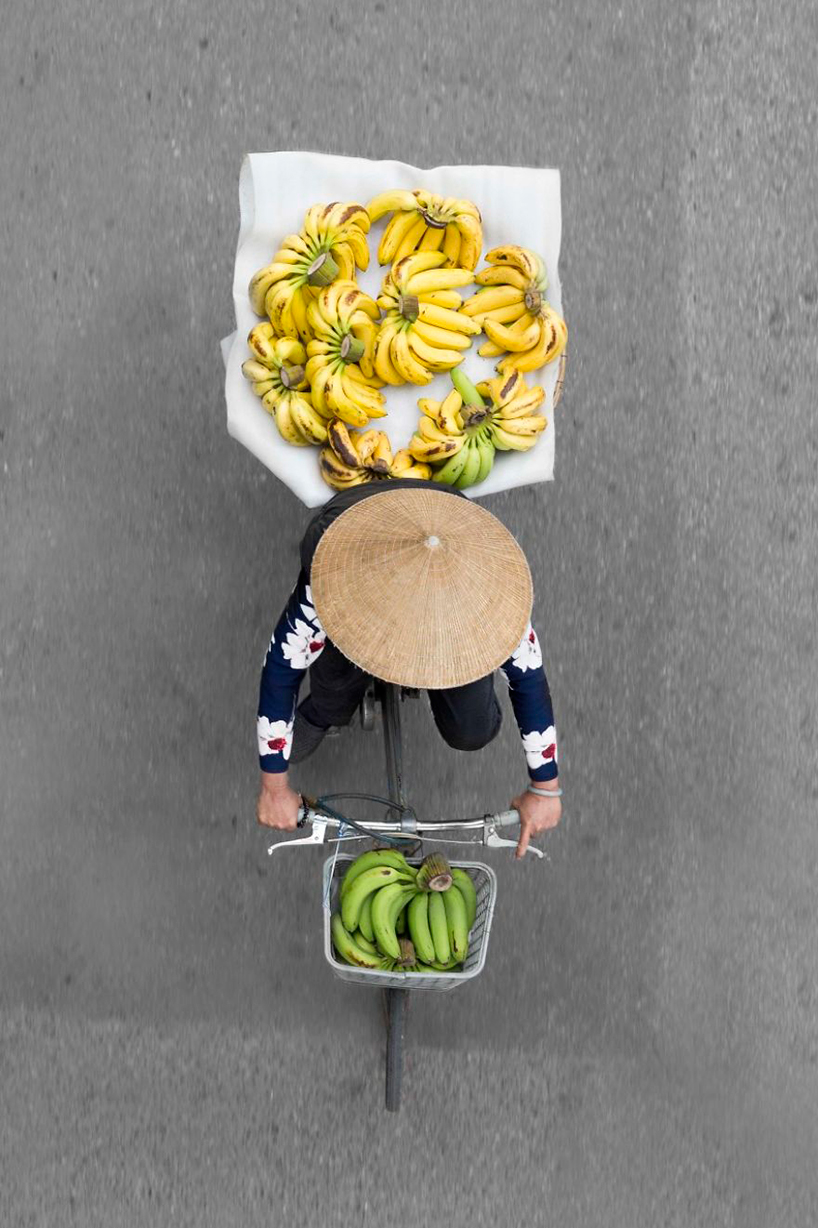 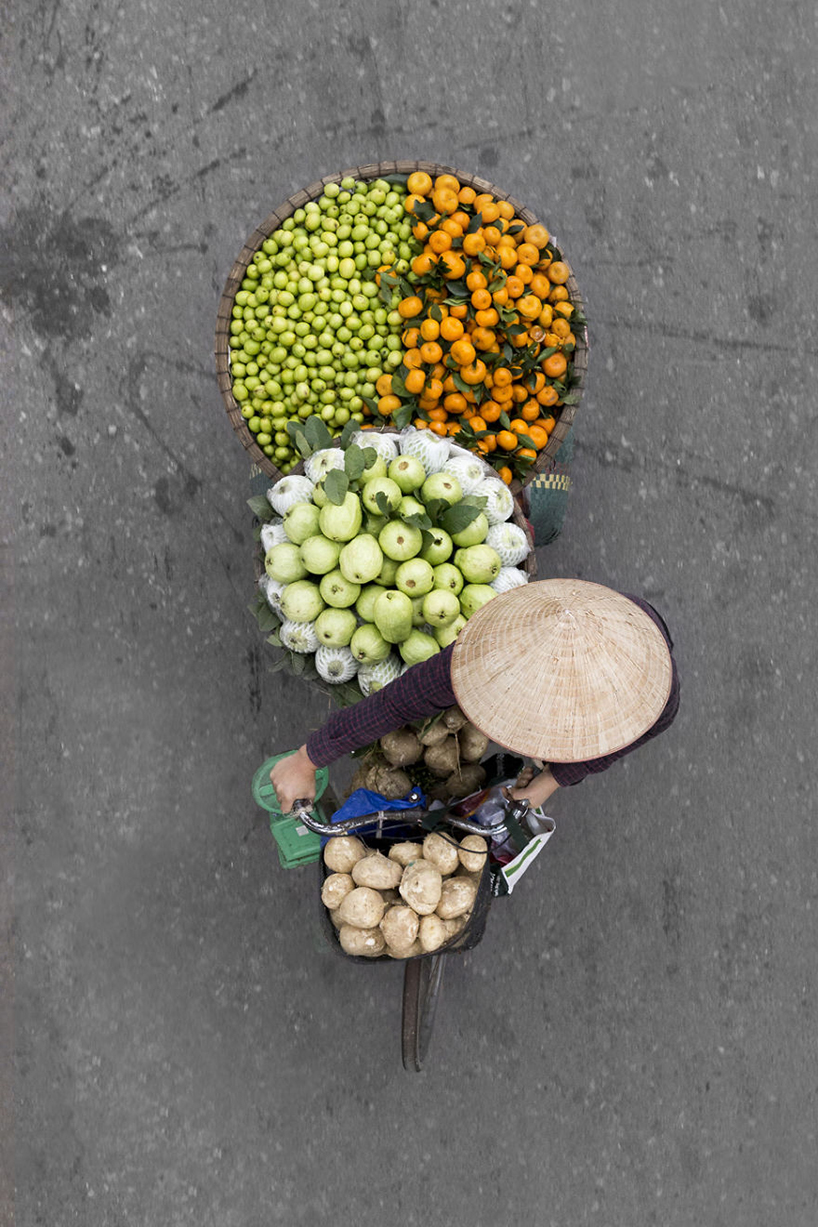 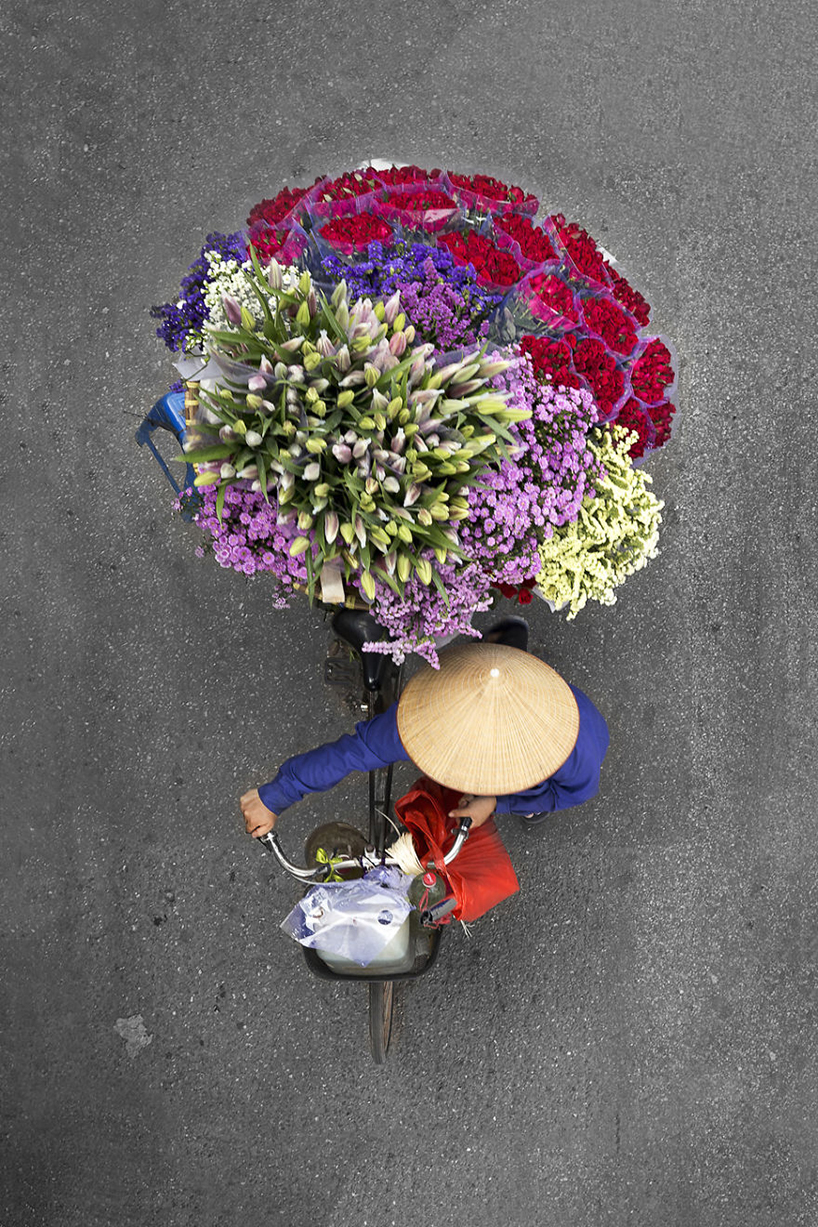 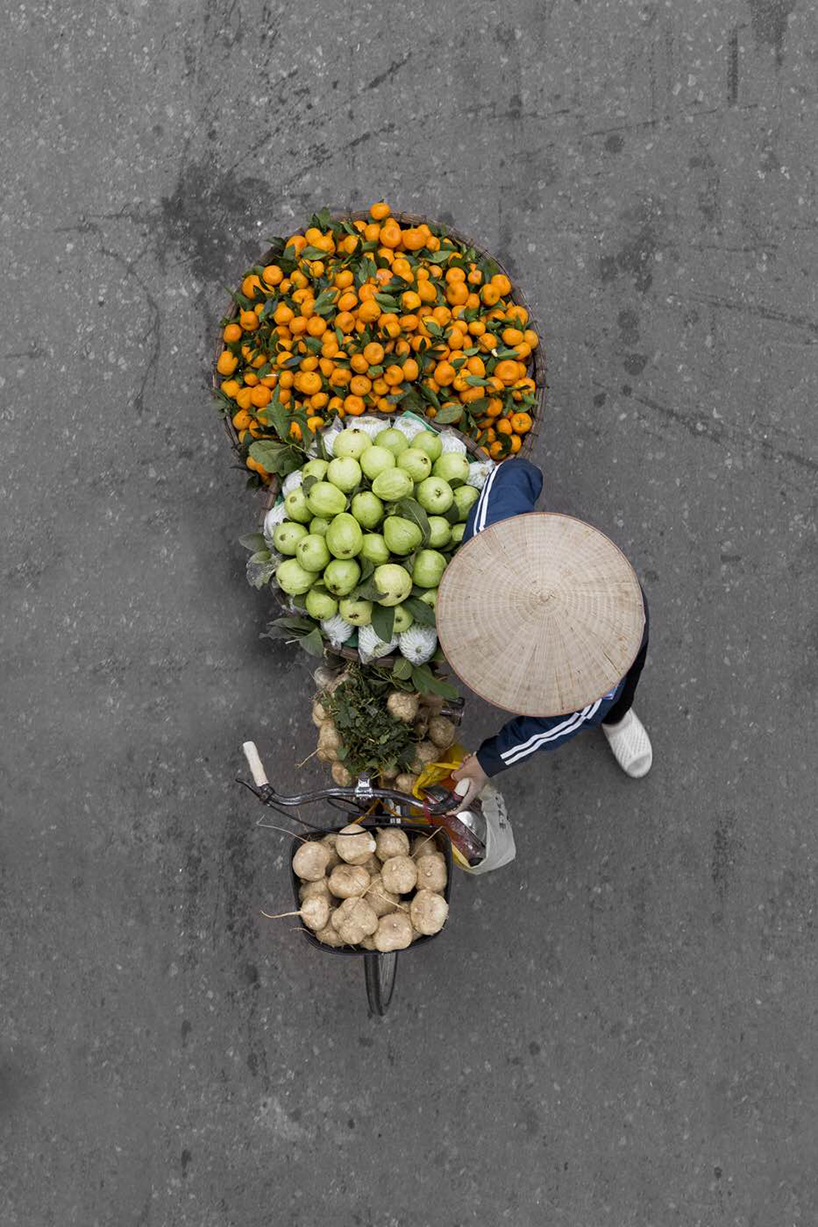 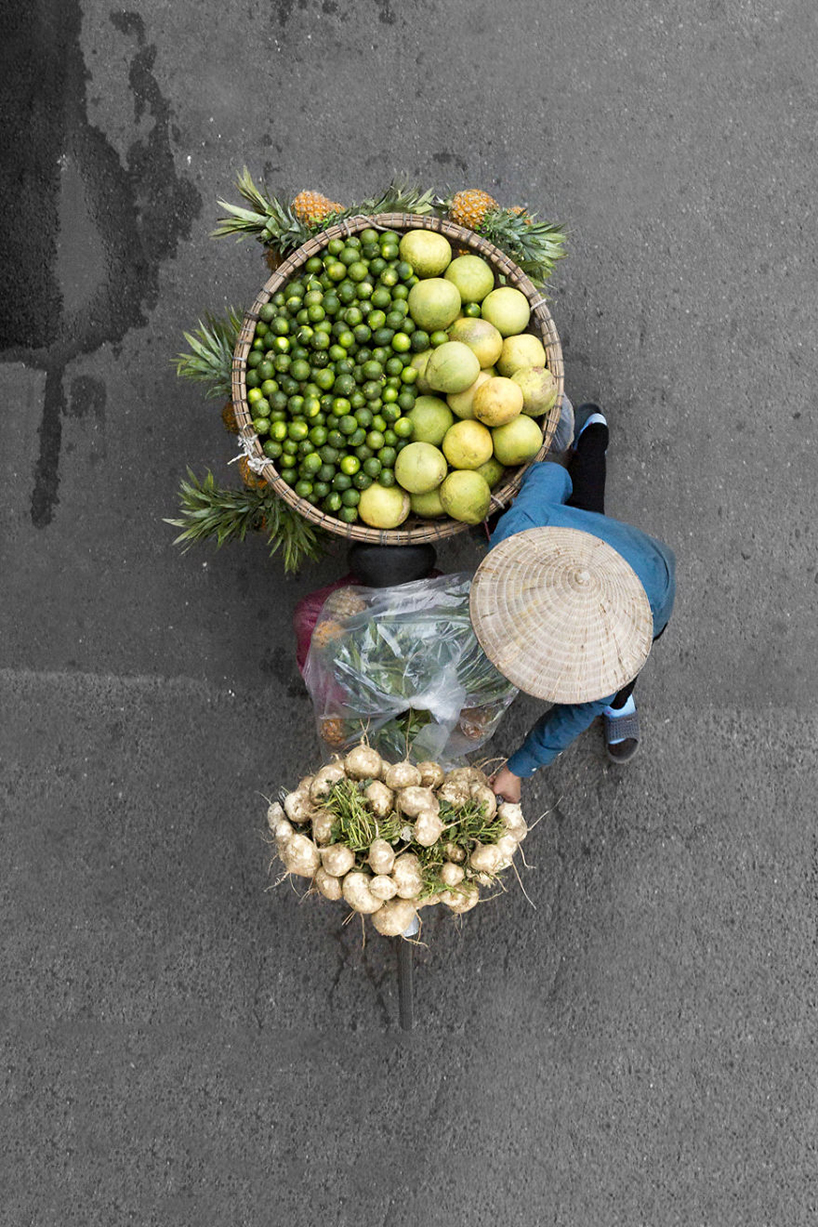 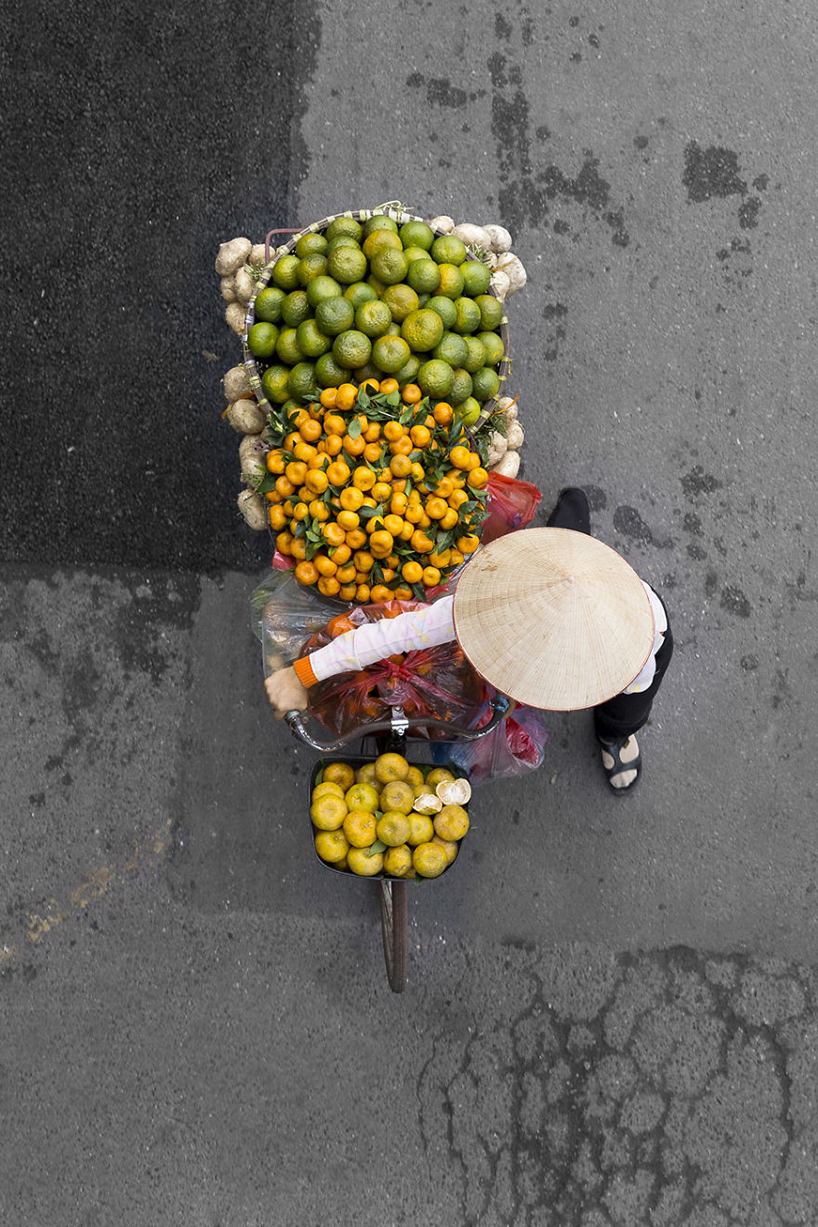