around a dozen artists visited london‘s design museum yesterday to personally remove their exhibited works in protest of the institution’s decision to host a private event for leonardo, one of the world’s biggest aerospace, defence and security companies. the event was held on july 17, 2018 and coincided with the museum’s exhibition ‘hope to nope: graphics and politics, 2008–2018,’ which explores the ways in which graphic design has influenced politics over the last decade.

the museum faced criticism after hosting a private event for italian aerospace company leonardo in conjunction with the farnborough international airshow. the campaign against arms trade has called the airshow an ‘arms fair’, and has published an open letter from artists criticizing the museum’s decision to host the company and demanding the museum remove their work from display by the end of the month. 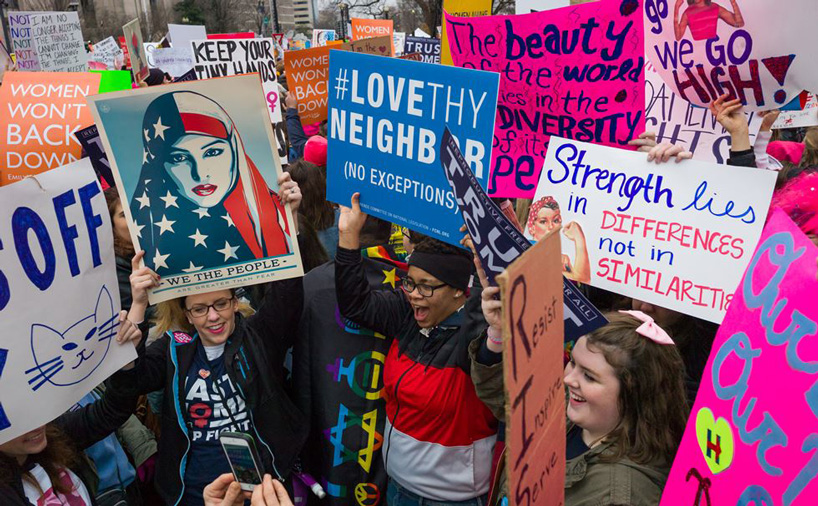 a photo of the 2017 women’s march in washington, DC, by chris wiliams zoeica
on view in ‘hope to nope’ at the design museum
header image courtesy of thecanary, photo by kristian buus
all other images courtesy of london design museum

‘it is deeply hypocritical for the museum to display and celebrate the work of radical anti-corporate artists and activists, while quietly supporting and profiting from one of the most destructive and deadly industries in the world,’ the artists stated in their letter. a total of 40 artists and designers who disagreed with the museum’s actions had asked for their work to be withdrawn and have formed a group called the nope to arms collective, a play on the show’s title.

the design museum’s directors deyan sudjic and alice black have criticized the demonstrations in a letter posted to the museum’s website:

‘on tuesday 17 july the design museum atrium was hired by a company in the aerospace and defence industry for a private event. professional activists whose work didn’t feature in the exhibition took the view that the museum had acted wrongfully and were quick to exploit the situation.’

‘the museum is now being targeted by a group of activists, not all of whom are being accurate in their presentation of the situation. we are in the midst of an argument not of our making. we will not be seen as an easy target and a surrogate for the real targets of these campaigners. we do not want our programmes to be co-opted by the agenda of others and we stand by our curatorial independence.’ 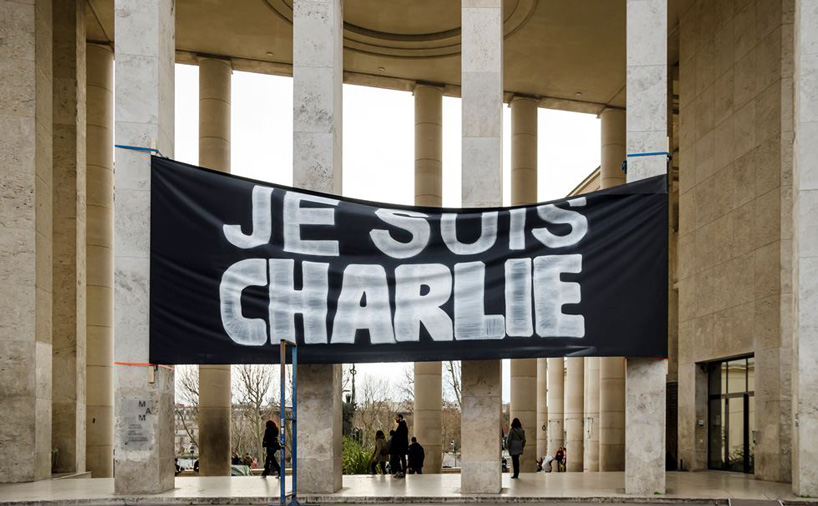 leonardo describes itself as a global high-tech company and one of the key players in aerospace, defence and security. in 2017 forbes included it in a list of the world’s biggest arms companies, which featured lockheed martin in first place as well as aircraft manufacturers boeing — a close second — and airbus listed as the seventh largest in the world. 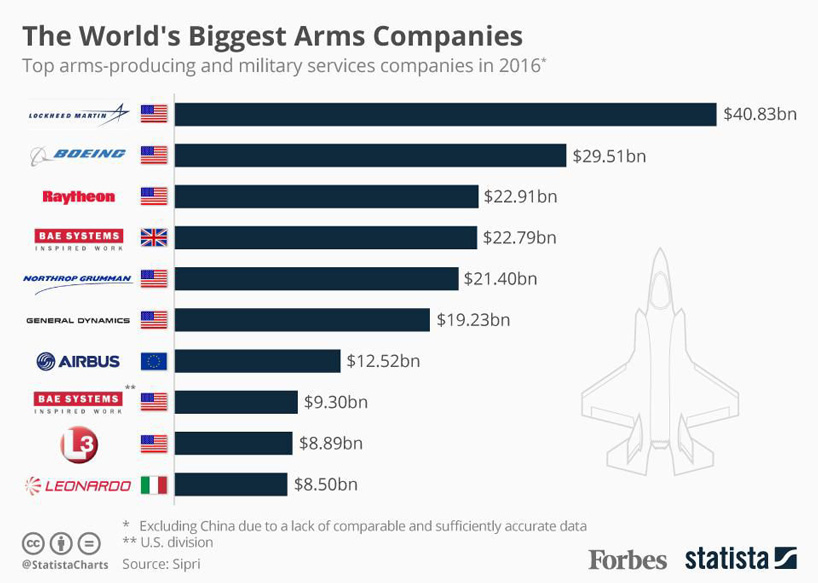 the museum is yet to comment on the latest in the series of events that has seen artists personally remove their own work. while we still don’t know exactly how much has been removed, a-n news estimates that it stands at around a third of the exhibition.

in their place, new labels have been added to the empty walls co-signed by the museum chiefs. the labels note that the works have been removed at the lenders’ request because they objected to a private event by ‘an aerospace and defense company‘ and that the museum is disappointed that the protest has ‘impacted the visitor experience.’ 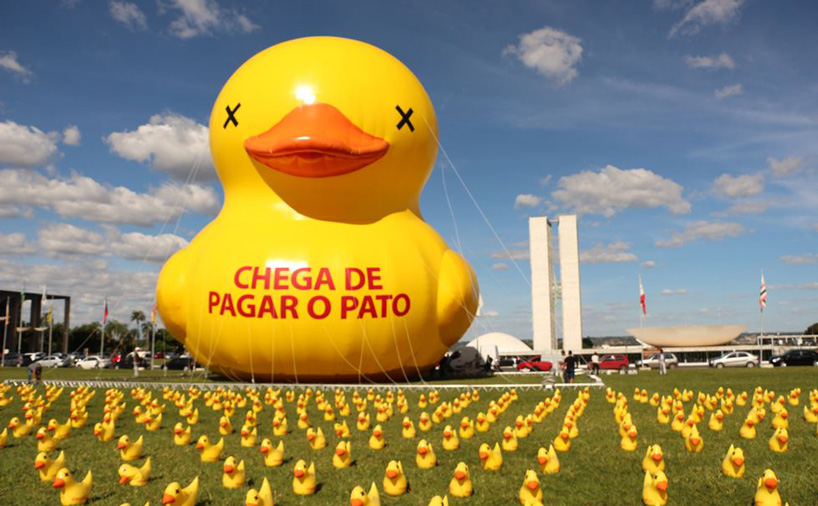