viennese artist alex kiessling and strukt design studio will embark on a cross-border project that merges art and technology by using industrial robots to simultaneously create large-scale drawings in three european cities. taking place at an event hosted by the vienna tourist board on september 26th, 2013, ‘long distance art’ will feed real-time tracking via satellite to the two remote robotic devices, one stationed in berlin, at breitscheidplatz, and the other in london, at trafalgar square, and will mirror kiessling’s movements in real time. the project calls on the use of a prototyping program called vvvv, which facilitates the handling of large media environments with physical interfaces, real-time motion graphics, and audio and video that can interact with many users at the same time. once completed, kiessling will take all three independent artworks from the various cities and join them together in a triptych.

to see a version of the robot in action, watch the video below: 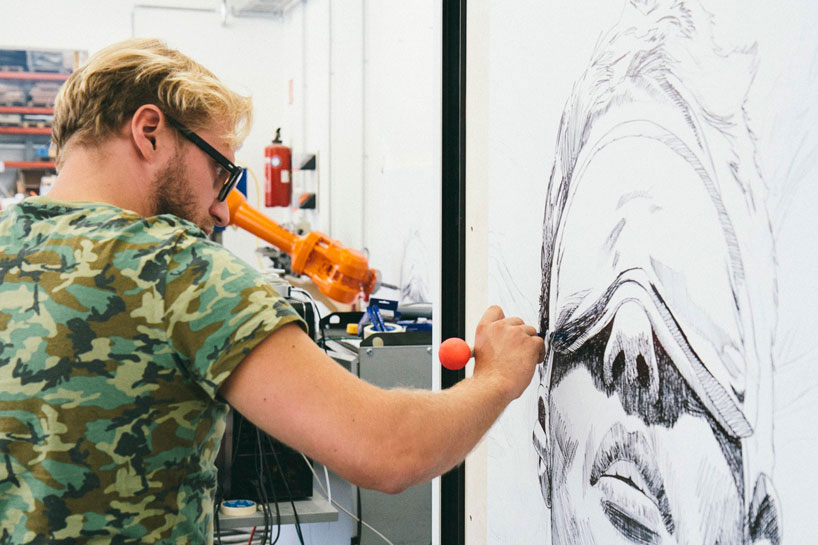 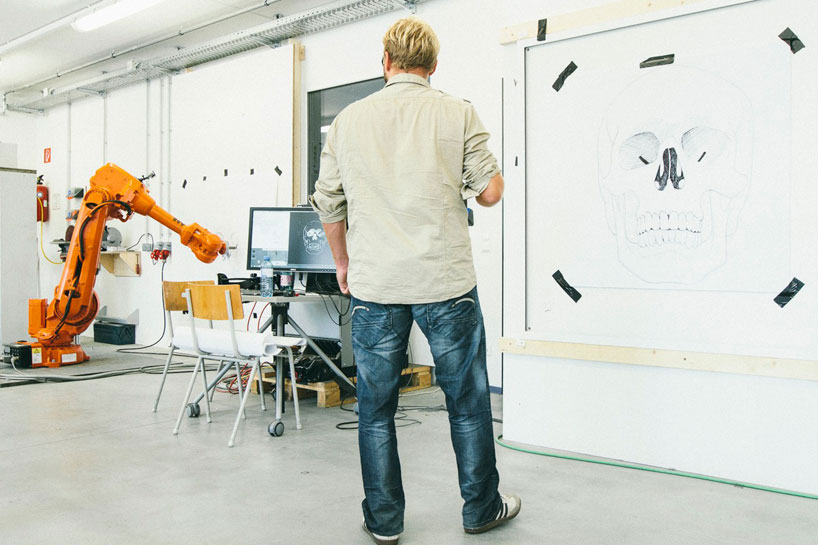