italian designer lorenzo mariotti has come up with a tractor concept for the future, dreaming up what he calls the H202 concept, a hydrogen fuel cell electric tractor equipped with an advanced autonomous driving system. focused on time optimisation and cooperation with the user the H202 includes technologies such as laser and OLED lights, advanced active safety and remote management. 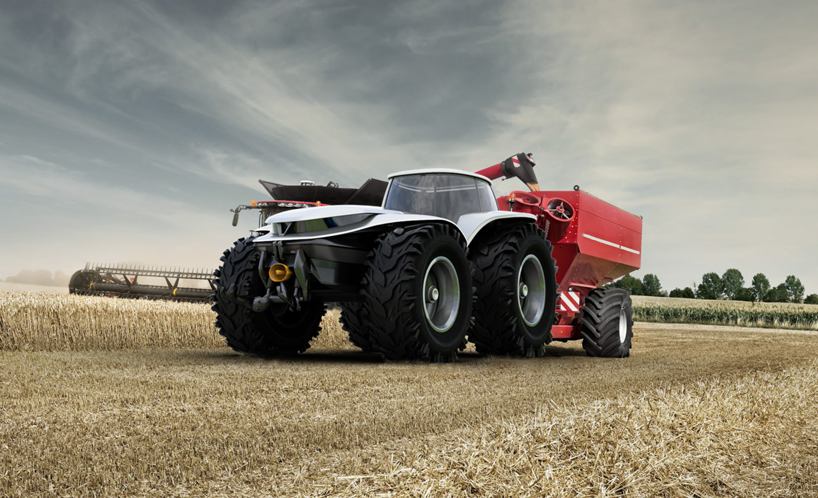 mariotti has designed the H202 with an electric engine, equipped with fuel cell that produces electricty from hydrogen. batteries can be charged directly at the farm, using a plug or wireless inductive charging, whilst hydrogen could be obtained from methane produced with anaerobic digesters directly on the farm, reducing the overall footprint of the entire farm. 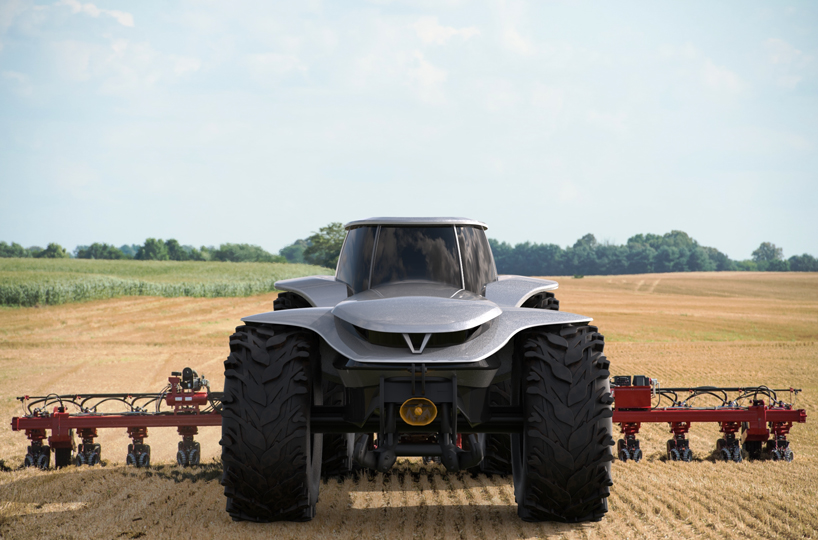 the H202 has advanced autonomous driving that will be able to complete complex and repetitive tasks working around the clock. the tractors management will be tightly integrated with farm’s production plan, taking advantage from big data to get informations about cultivations, meteo and soil, optimising time and resources. tasks not requiring farmer interaction can be programmed to take place during the night, utlizing its autonomous driving technology, a feature that will also improve active safety, taking over the driver in potentially dangerous situations. other features include separate electric engines for PTO, remote control via app and laser and OLED technology for lights. 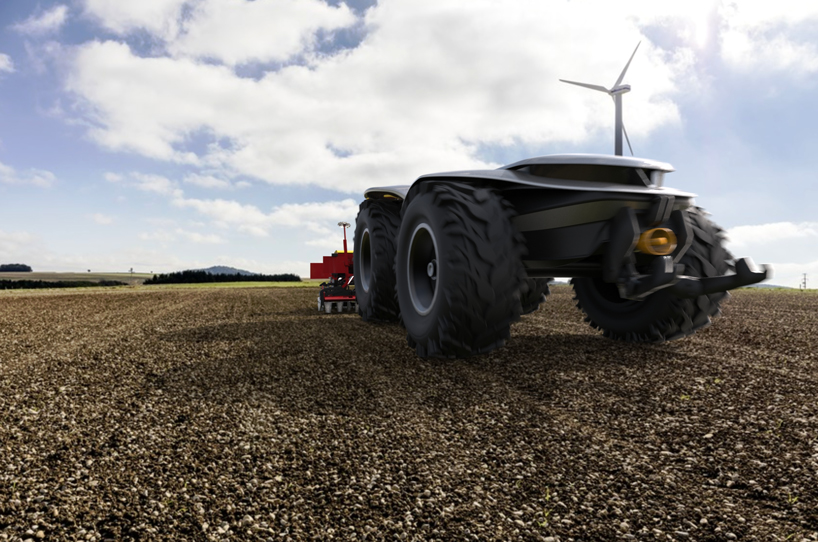 the concepts ultra-modern look is reminiscent of a monster truck with a compact narrow body and large wheels. it was designed as part of the valtra design challenge, a concept competition envisioning ideas for the year 2040.