the los angeles department of transportation is trialling out 3D road markings in a bid to protect cyclists in the area. officials installed an undulating plastic barrier dubbed ‘the wave’ in order to separate the street’s painted bike lane from vehicle traffic. 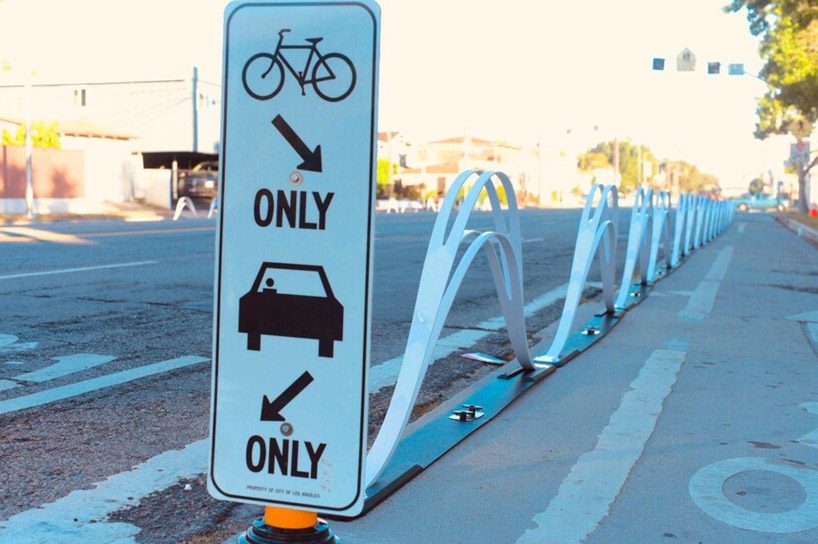 the LADOT installed the plastic barrier along a three-block stretch of venice boulevard in a one-day pilot on sunday. the temporary lane barrier was designed and constructed by saris infrastructure and interns at architecture firm gensler and hopes to demonstrate a more attractive way to shield cyclists. the department is also assessing the delineator’s effectiveness in order to determine whether barriers like this could be installed permanently along los angeles bike lanes.

This made my whole day – please let’s make these permanent!! 🙏🏼 pic.twitter.com/iaCFCoKIhS

in an interview with curbed, department of transportation spokesperson nora frost said that ‘the wave’ will primarily serve to demonstrate ‘added vertical elements’ to protect cyclists in neighborhoods where it’s temporarily installed. depending on the situation, the department could later install pylons or ‘more permanent’ barriers, like planters or concrete curbing.