wakamatsu, a designer from brazil, created four ‘sensations’ to subtly indicate the different flavors of the soda inside. drawn on one, a figure jumps through a multicolored wormhole that leads to an unknown abyss; another sees a hybrid-human surrounded by pink and purple polka dots; a third sees a female figure clouded in a fog of colorful and abstract shapes; and a final male illustration is encircled in planetary-like rings and enveloped by ameba-esque geometries. ‘the colorful forms in each one represent the beverage, pulsing in different vibes, being shaped by different frequencies,’ he describes. a series of animated gifs give life to the static imagery, adding an alternate and dynamic dimension to traditional packaging design projects. 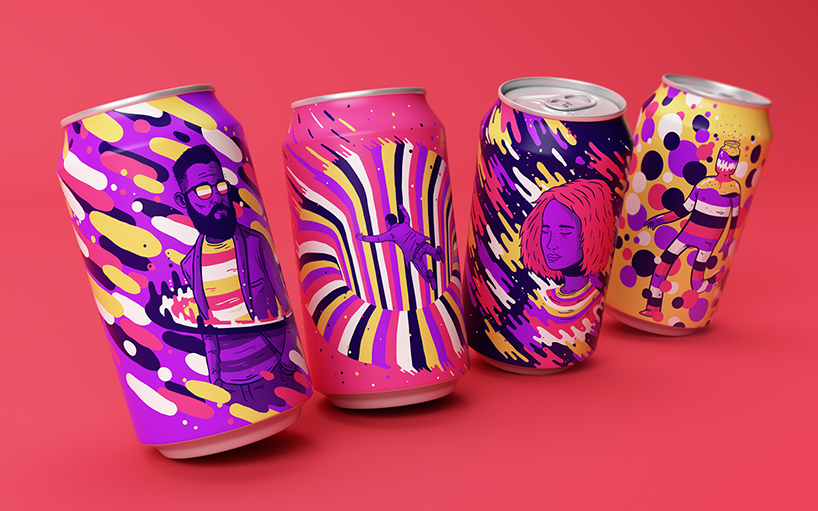 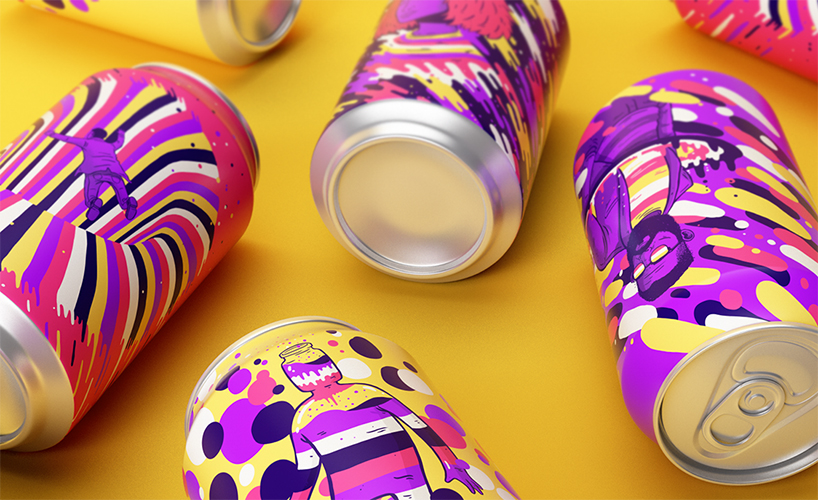 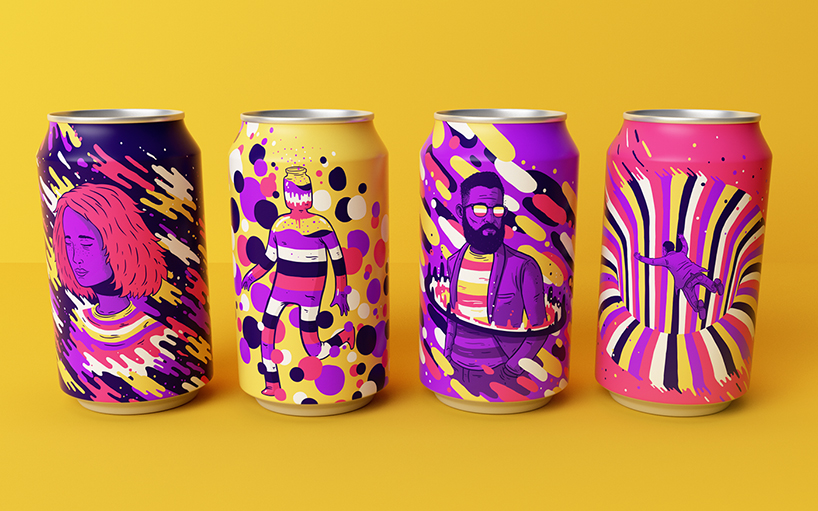 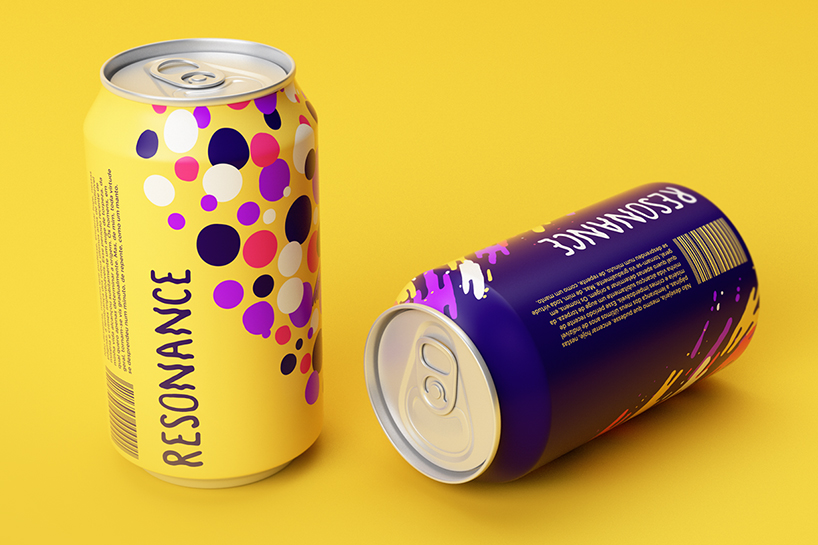 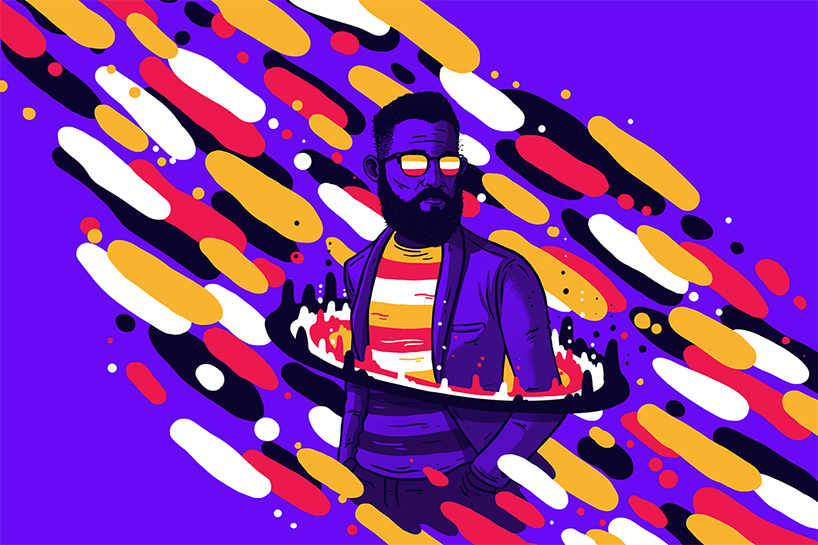 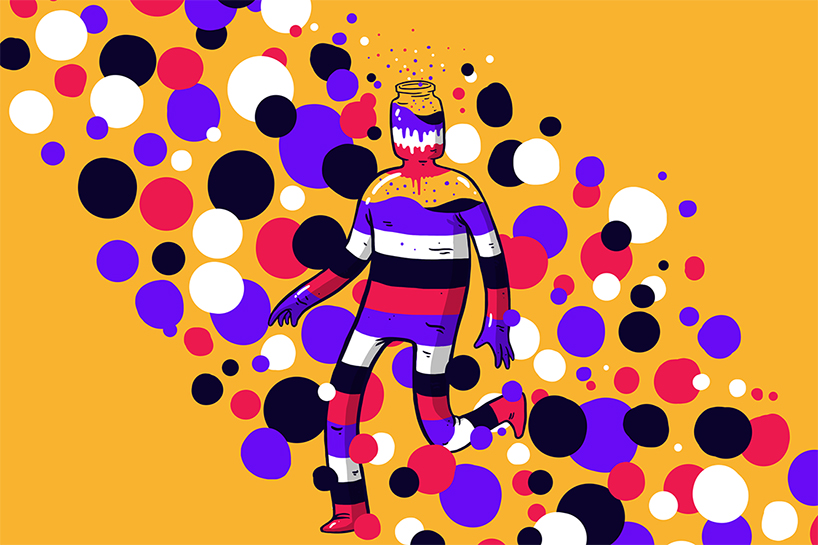