for the past two years, paris-based artist ludo has been traveling throughout china to study and reflect on the rapidly-changing landscape of the country’s urban areas. every year, entire districts are torn down to make way for new developments and skyscrapers, and thousands of people are relocated and rehoused by the government. the increasing quantity of these demolition sites mark a monumental shift in the cityscape, one which will be forever changed in the coming years. 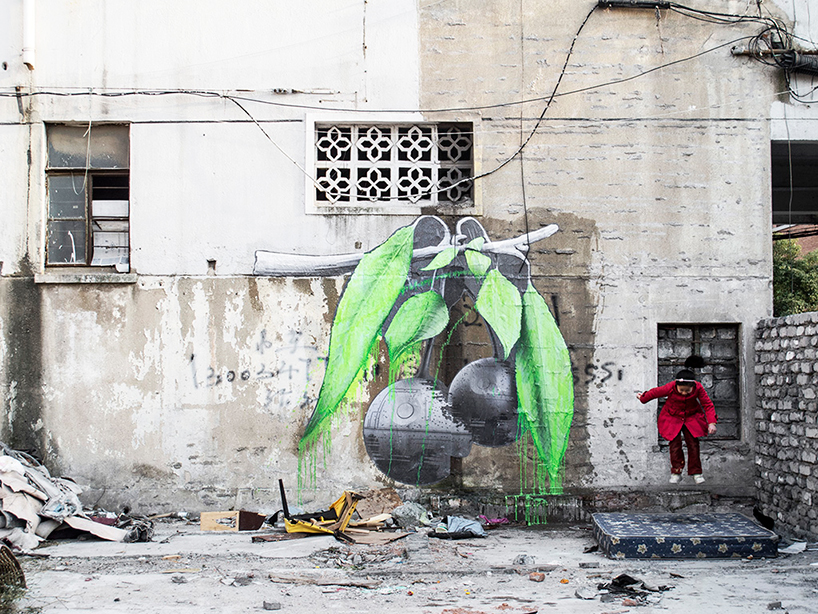 bringing his art face-to-face with the culture of the country, ludo has inscribed a series of artworks on building ruins. ludo’s illustrations connect the world of plants and animals with our 21st century universe, forming hybrid organisms that are both elegant and fierce. using his signature green and themes of duality between nature, technology, beauty and violence, ludo pasted several large-scale works on dilapidated fences, broken walls and building façades. the artist’s ephemeral work becomes a photographic record of the rapid modernization in chinese society, aiming to covey a message of rebirth, hope and respect. 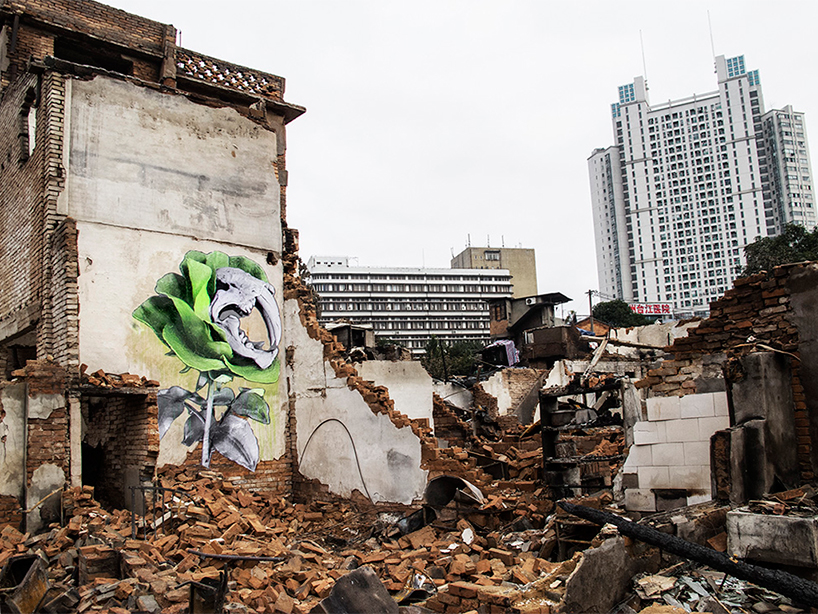 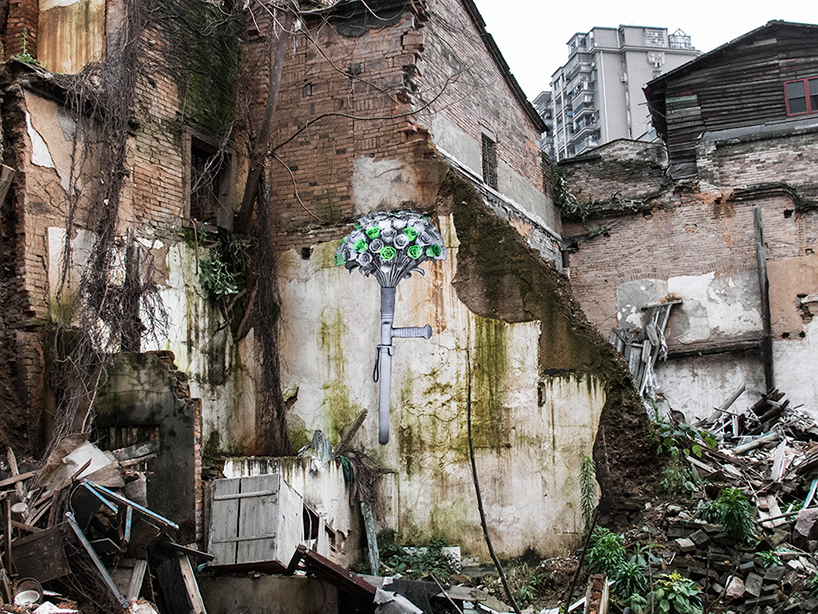 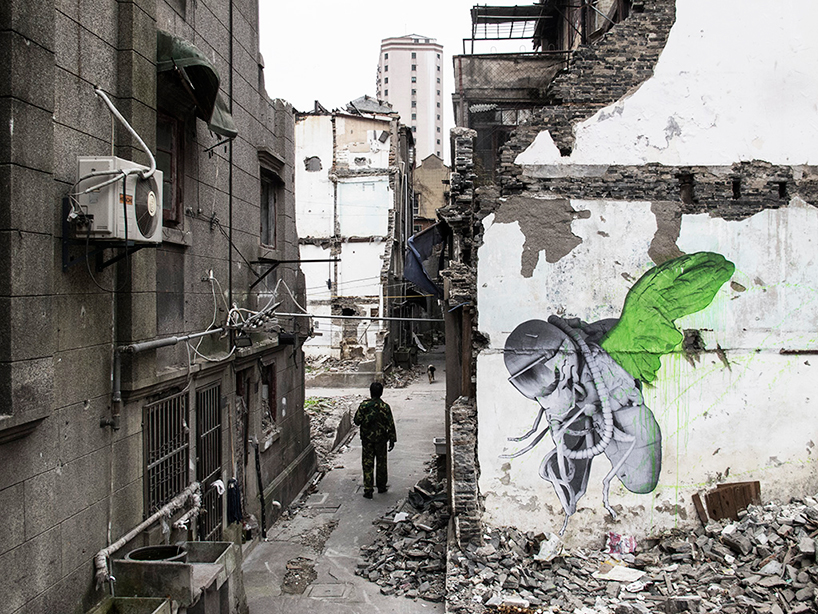 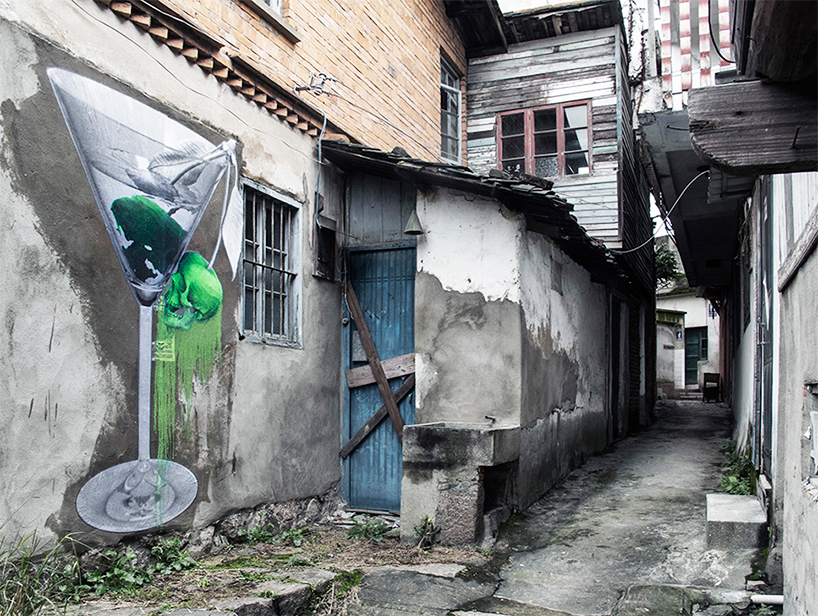 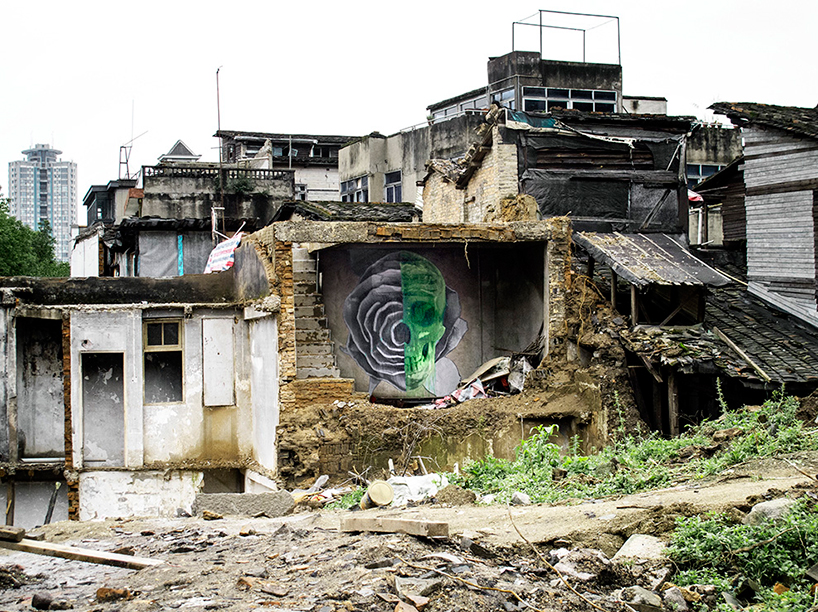 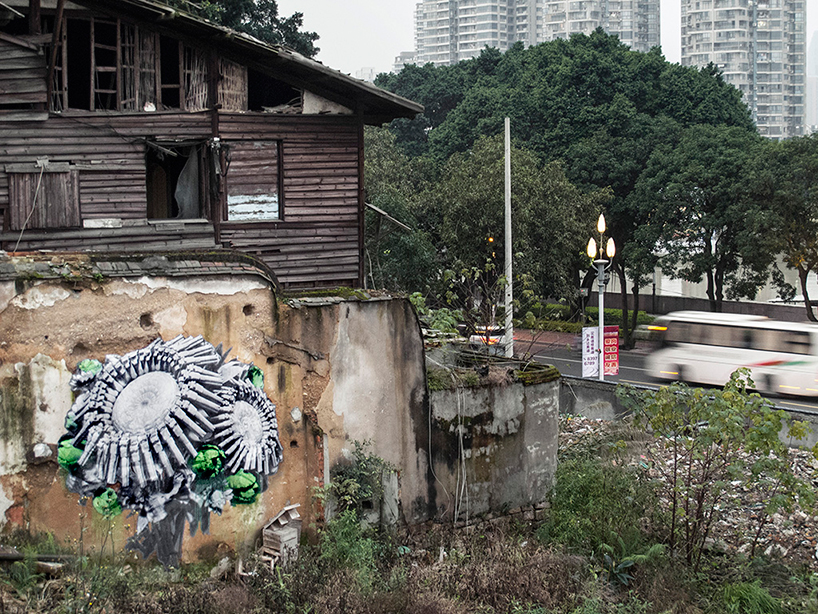 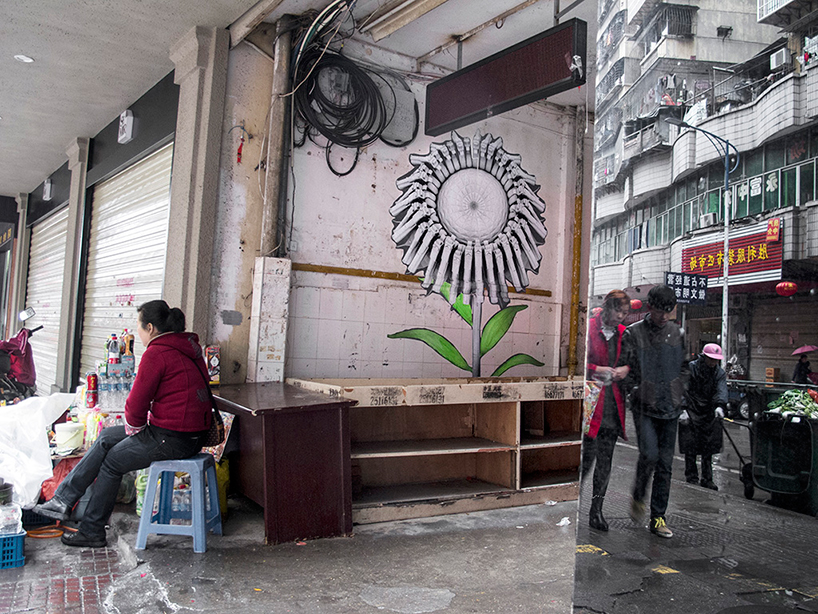 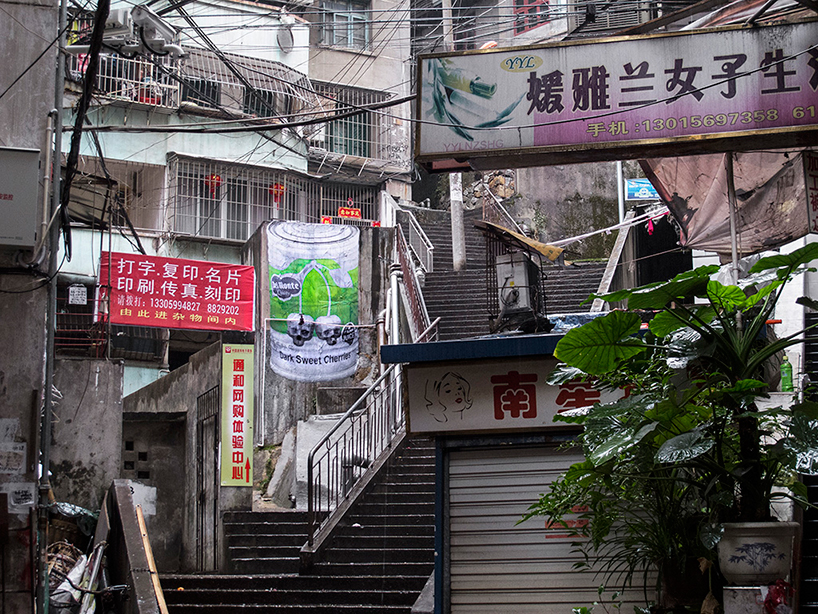 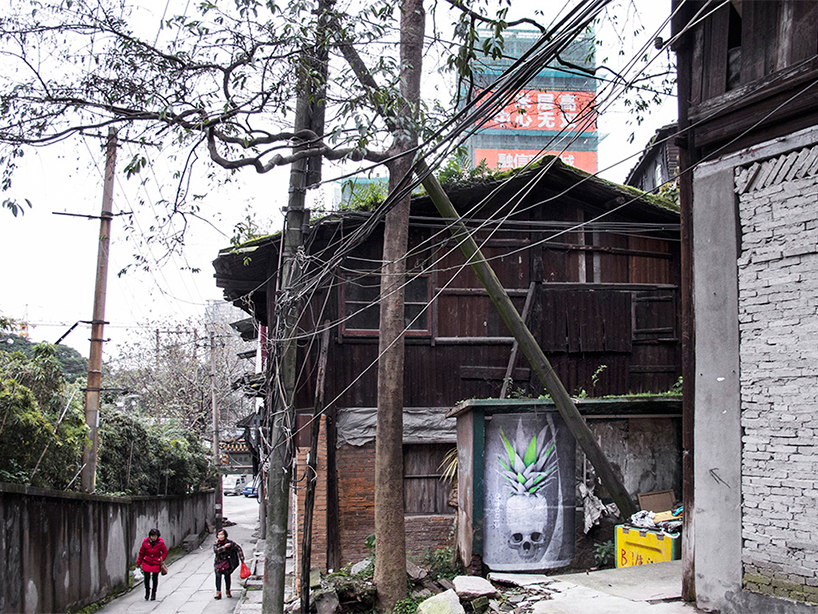 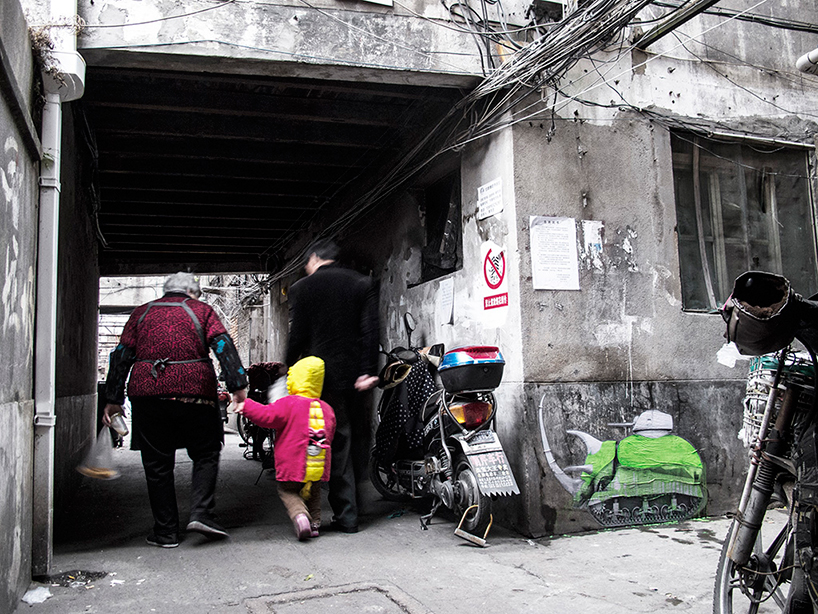 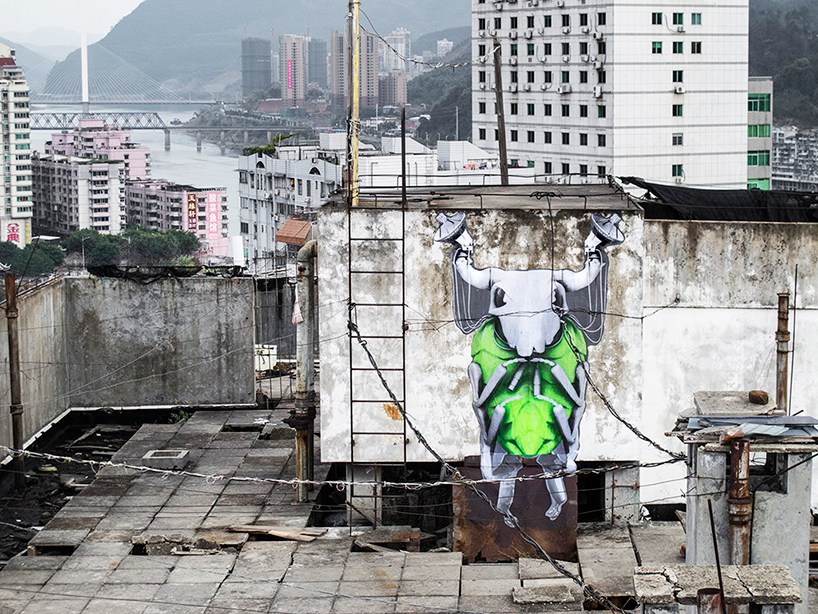 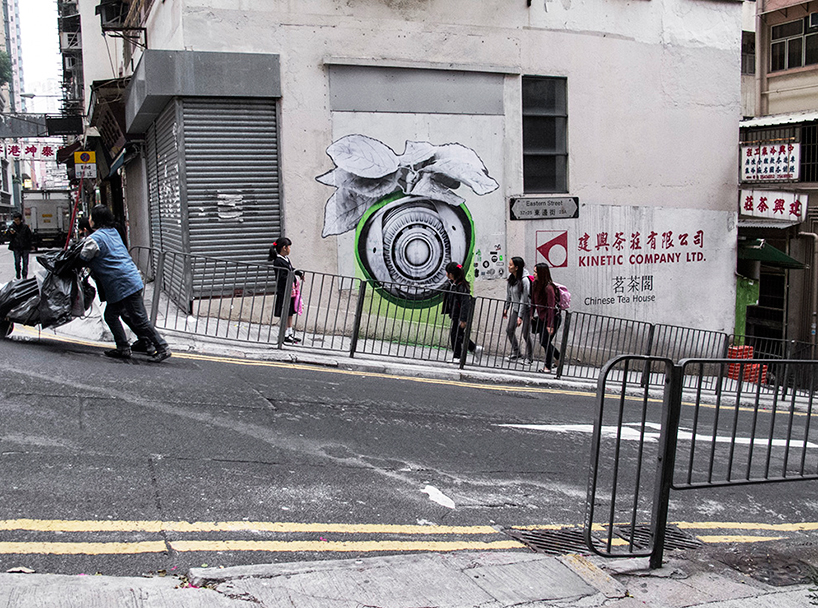 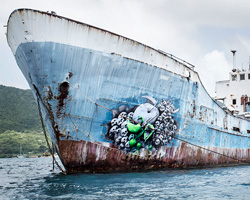 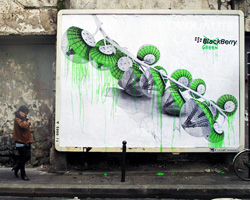 Jun 11, 2011
ludo comments on consumerism and globalization for green berry 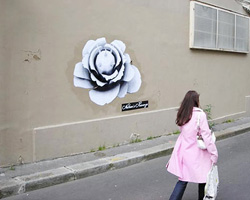