installed inside the interior garden of the V&A museum in london as part of the winter light commissions, the original idea was to have the figures standing so that they seemed to be living beings in distinct postures. however, the strong night winds gave an unexpected aspect to the installation, and it was instead converted into a dramatic cemetery of shadows waiting to be buried. 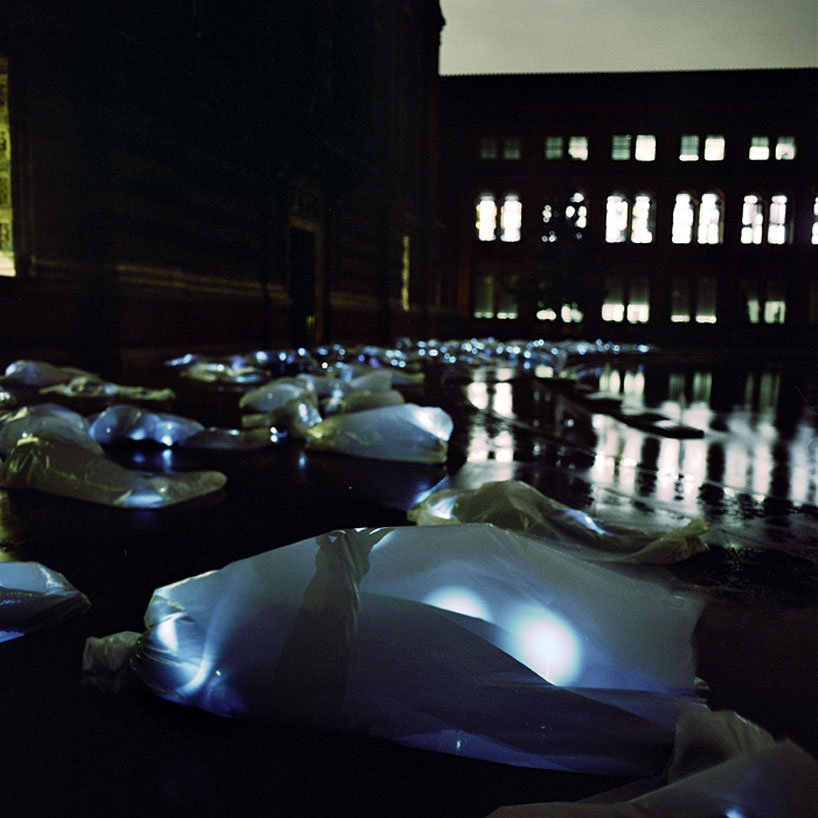 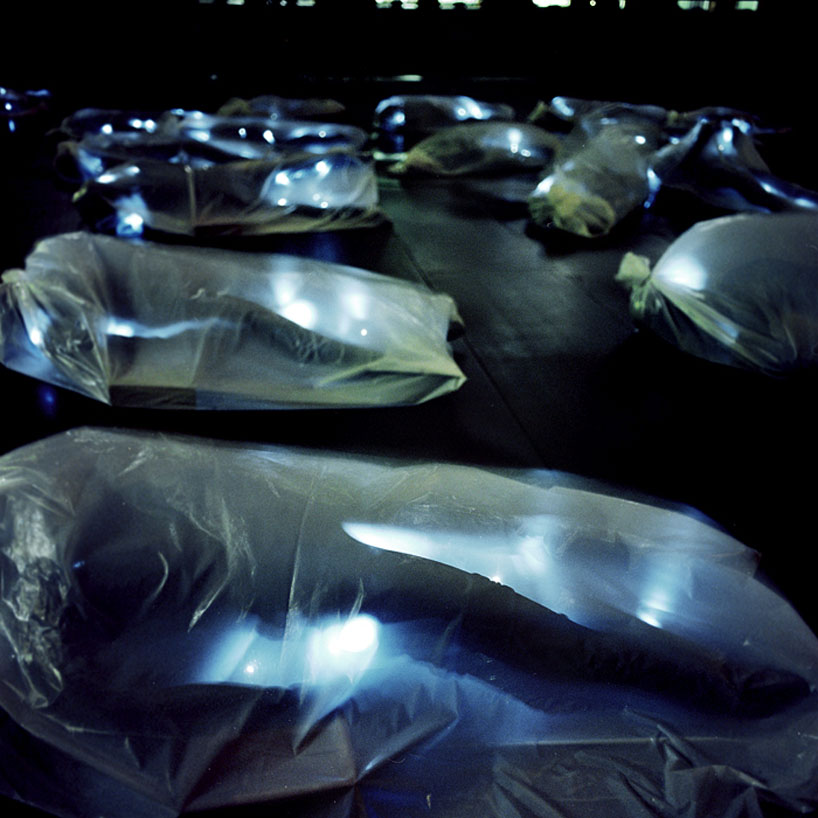 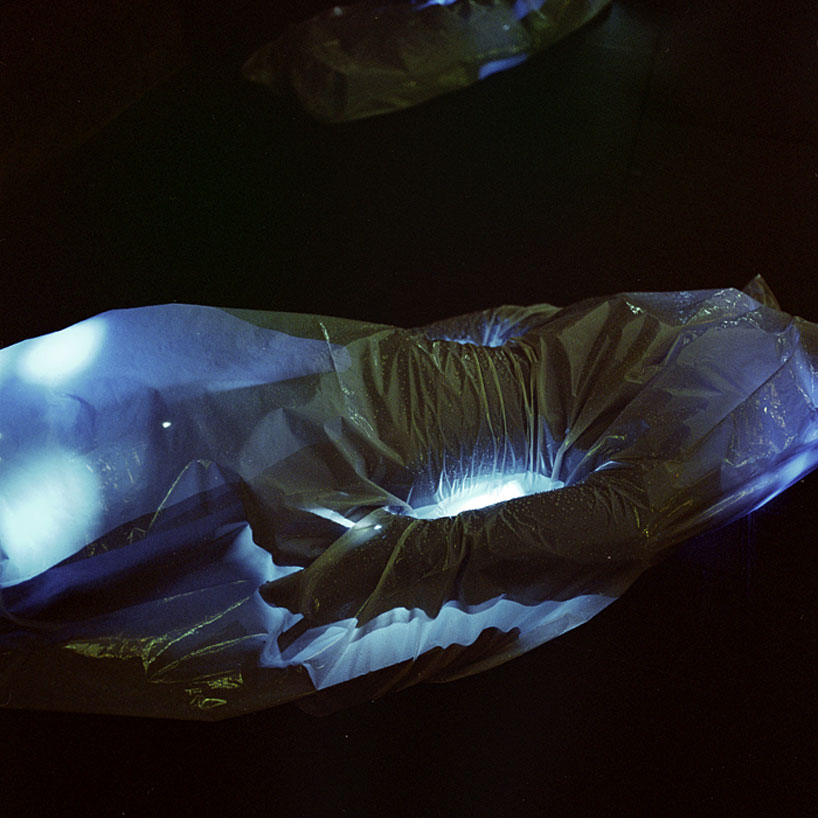 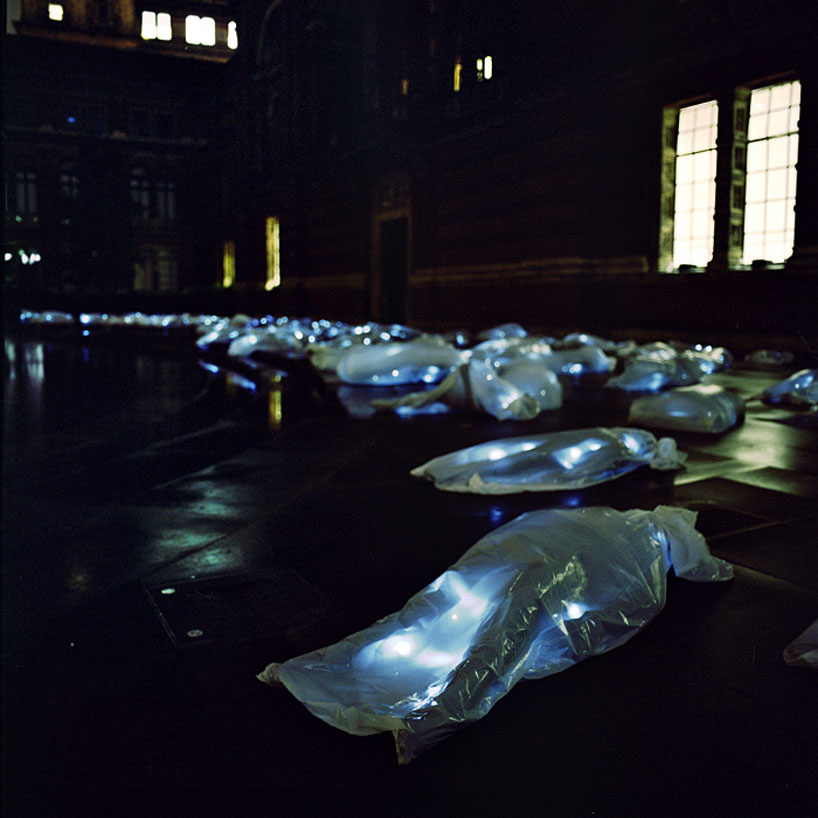 lights were strategically placed to achieve the effect of trapped shadows 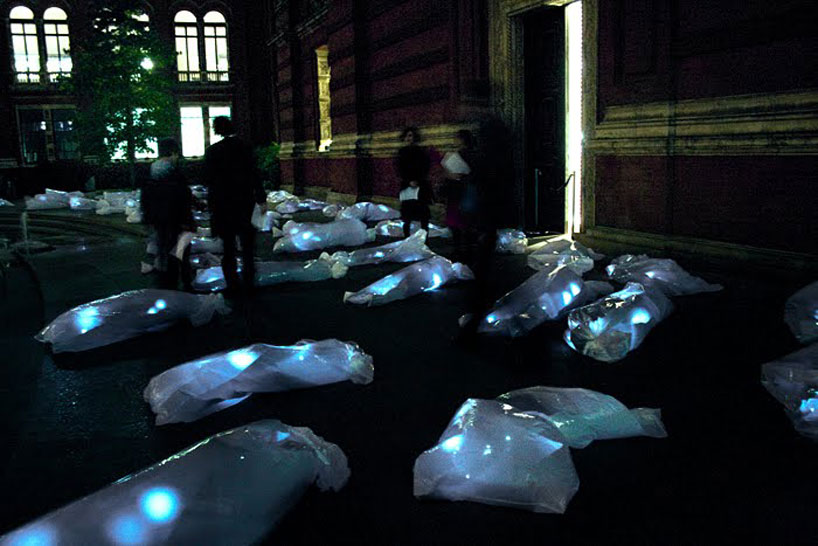 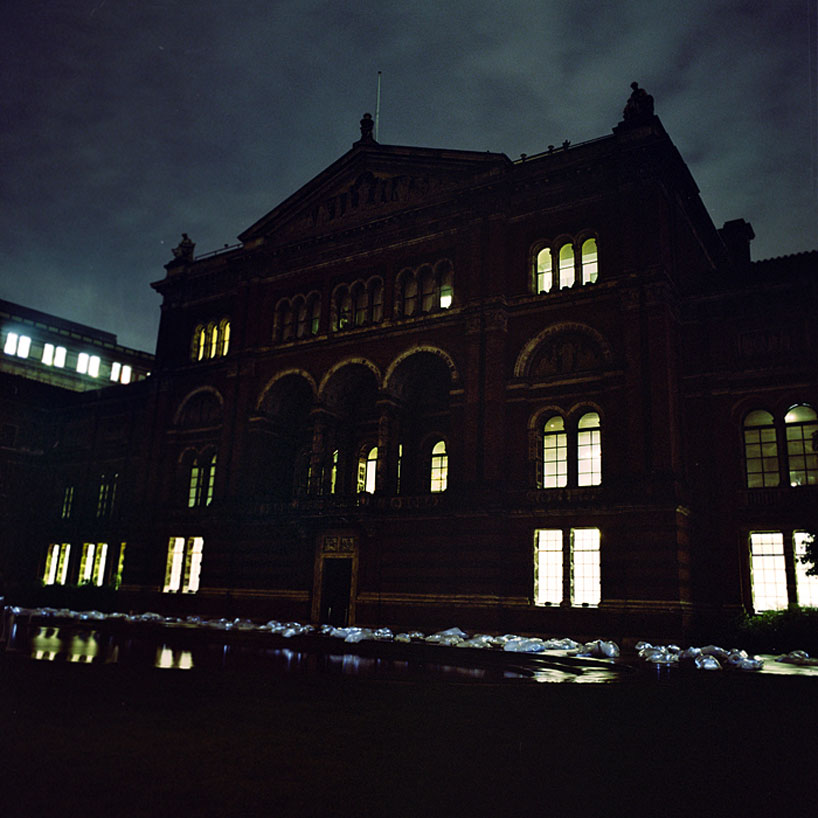 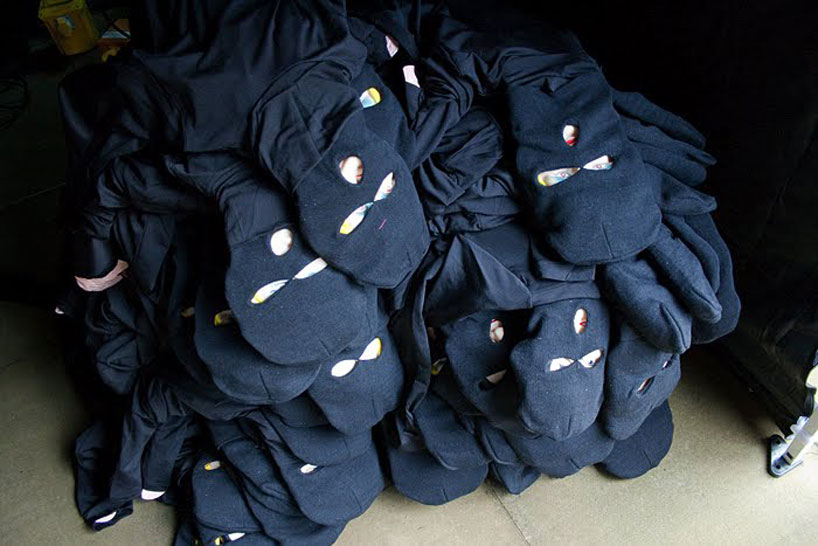 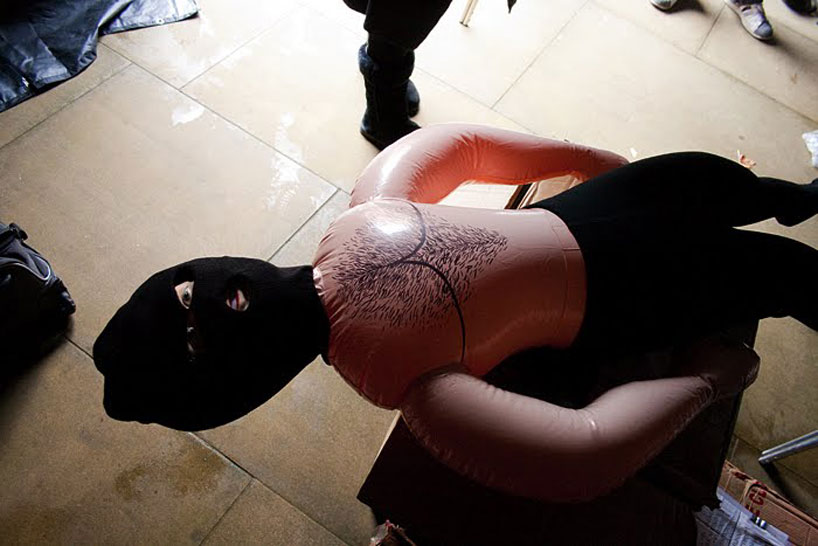 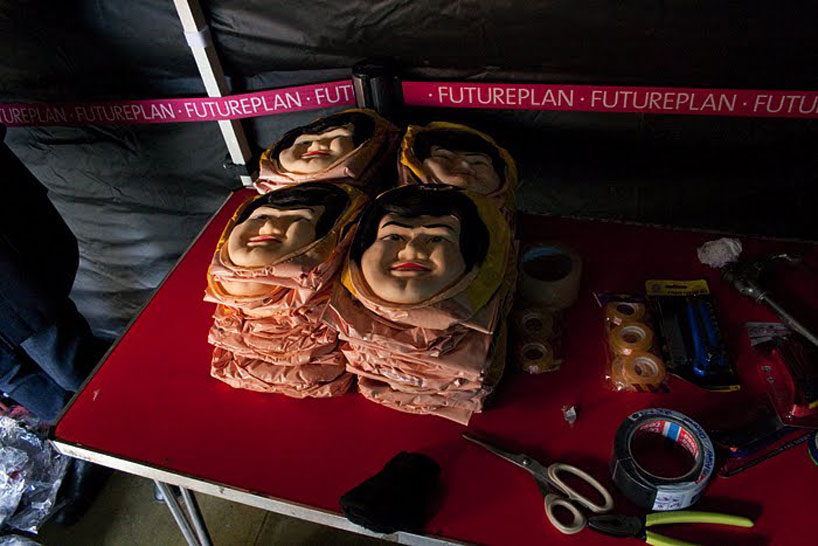 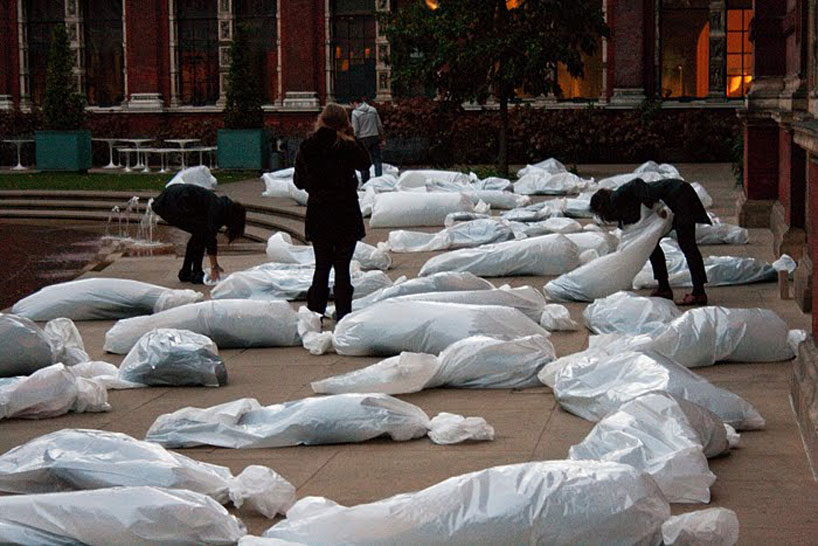