the last in their series of public light interventions, ‘floating presence’ by spanish designers luzinterruptus featured 80 lit beings inhabiting the waters of albacete, spain in the eastern mountains of la mancha. historically, the location was best known for the shooting of a spanish film ‘amanece que no es poco’. in leaving an army of these illuminated  floaters in the water, the view was reminiscent of the surrealist atmosphere depicted in the film. 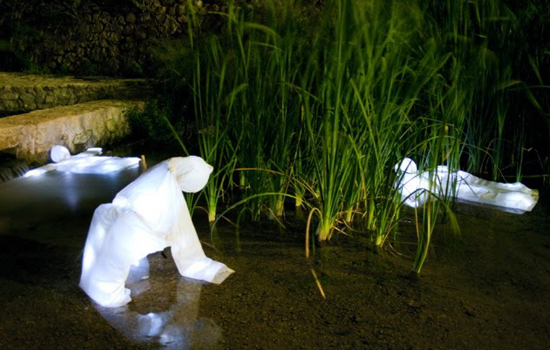 living in harmony among the surrounding fish and ducks, the aim of the project was to bring attention to the less frequented lower part of the town and to bring together neighbouring locals. the duration of the installation was one week. upon the dismantling of this public intervention, the river was left clean and unpolluted. 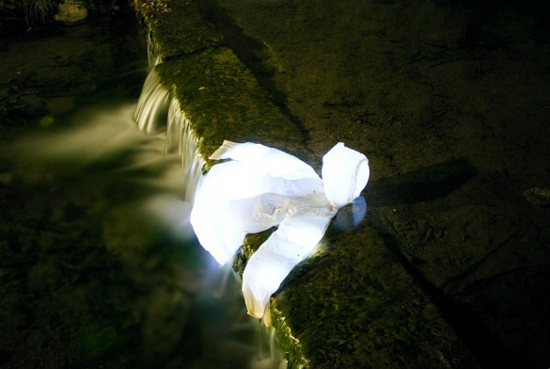 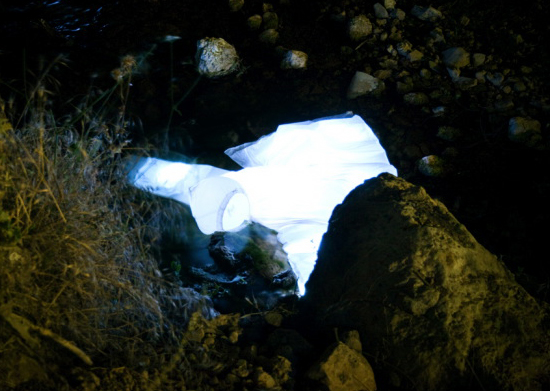 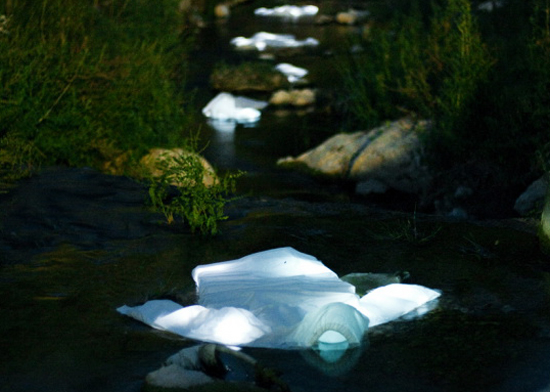 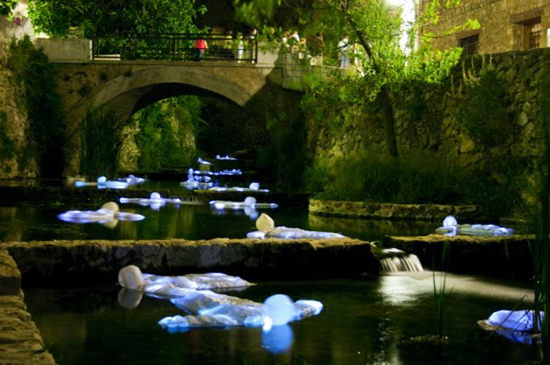 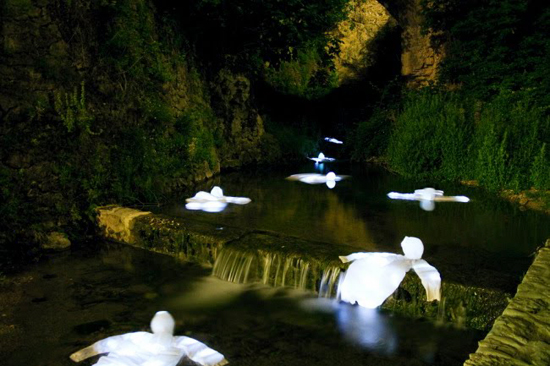 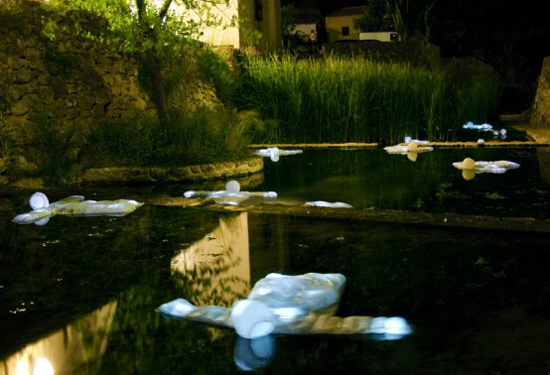 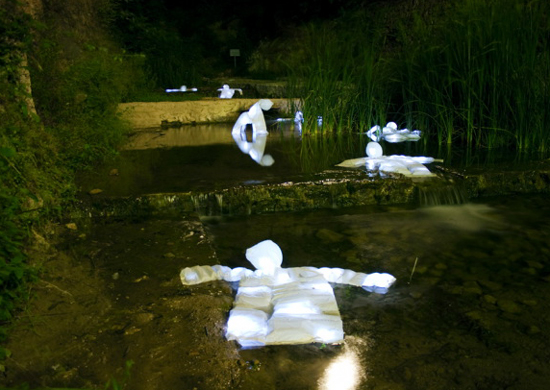 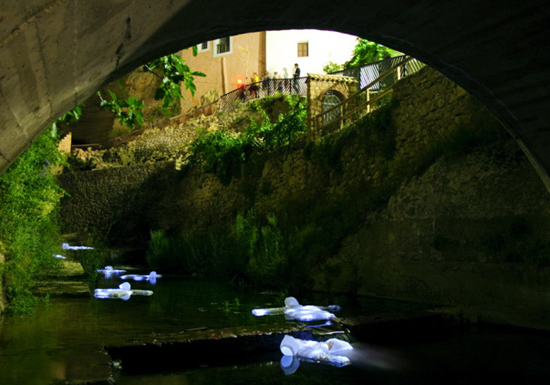 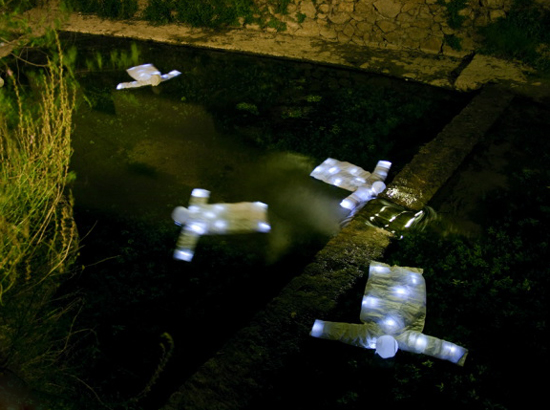 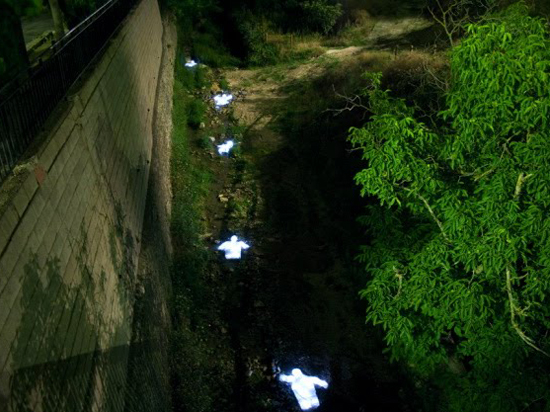 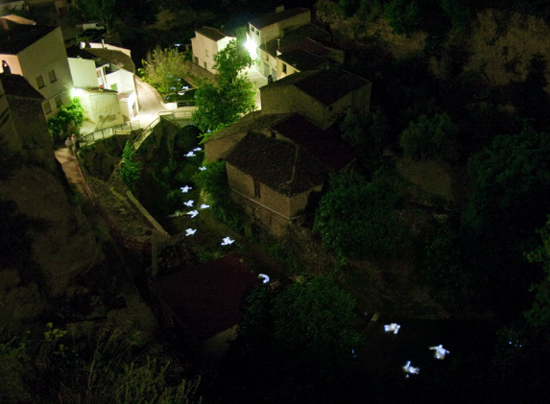 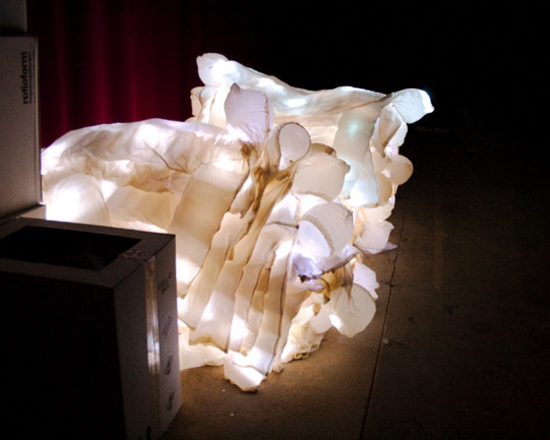 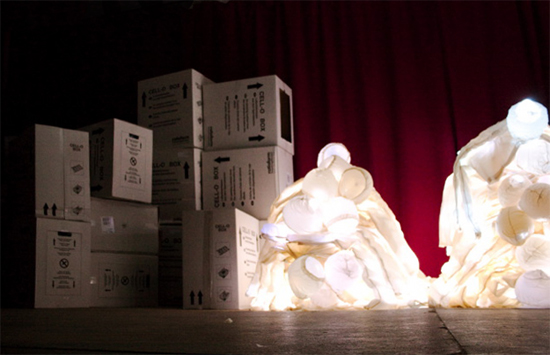 Jun 17, 2022
adam parker smith employs digital and physical techniques to craft sculptural series 'crush'
the carrara marble sculptures are an uncanny vision of the classical canon, as if it were run through a trash compactor.
art
178 shares
connections: +370