anonymous artistic group luzinterruptius has suspended a series of over 2,000 locally picked yellow and red peppers over the street during ‘a di città‘, a festival of urban regeneration in rosarno, a small town in calabria, italy. to carry out ‘nocturnalpeperonata’, the collective inserted lights into the mass of seasonal vegetables and hung them over ropes, forming a colorful natural canopy. for over five days, the group prepared the temporary installation, which illuminated the streets for three consecutive days. during the final night of the festival, a dinner was held beatheath the expanse of the urban intervention, which fed a range of residents, participants and volunteers with ‘peperonata pasta’ made from the leftover peppers, wine, bread and fresh cheese. 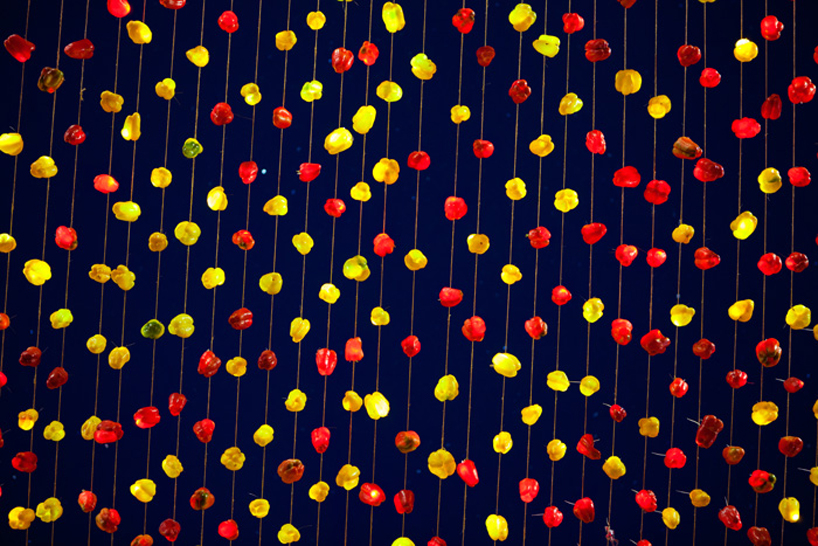 a series of over 2,000 locally picked yellow and red peppers suspend over the streets of rosarno 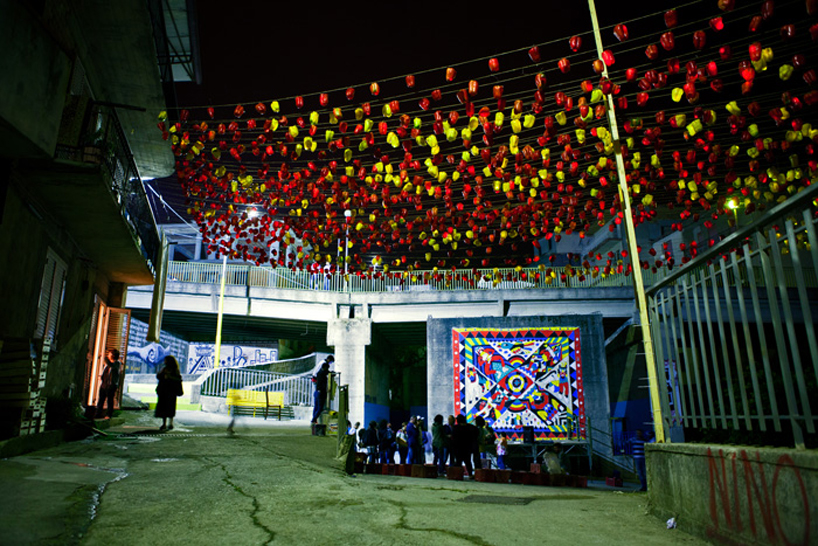 lights were inserted into the seasonal vegetables and hung them over ropes, forming a colorful natural canopy 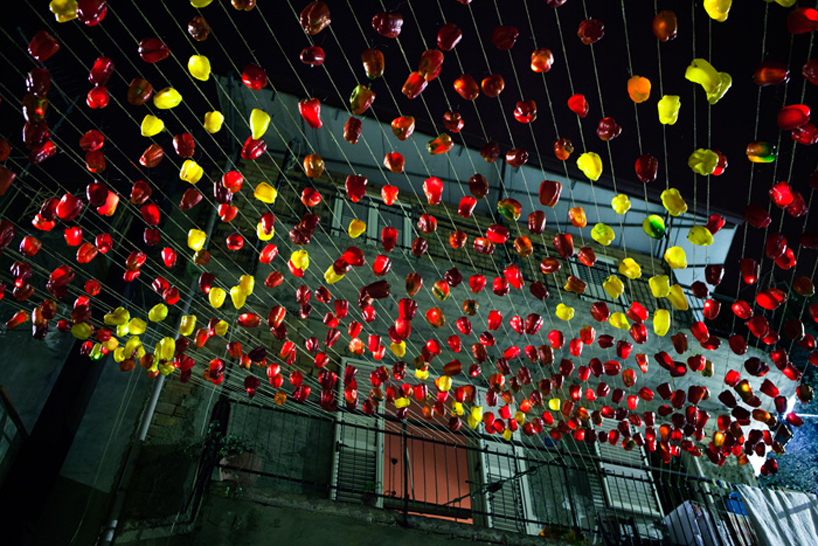 for three days, the forming garlands illuminate the street-scape 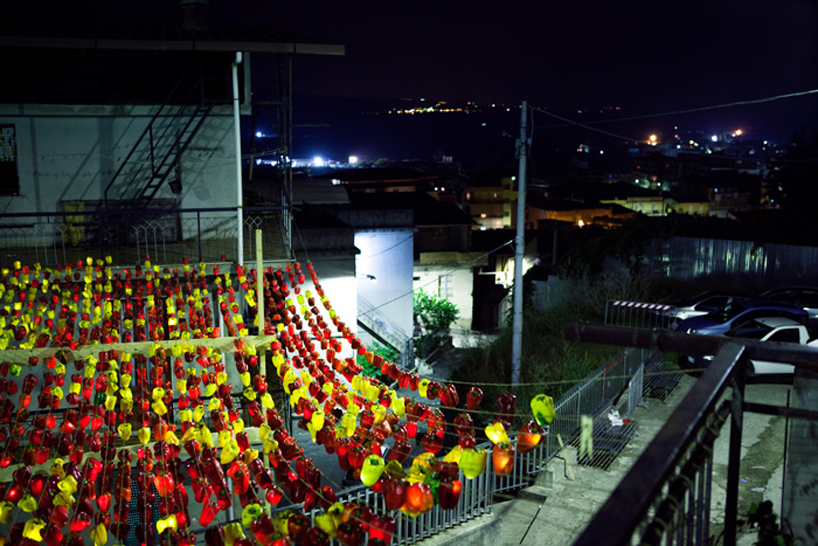 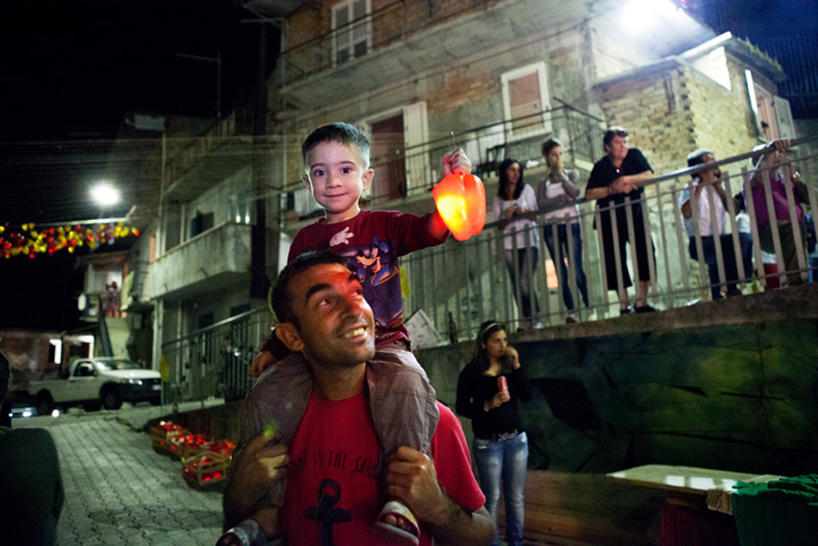 a local resident with one of the light-filled peppers 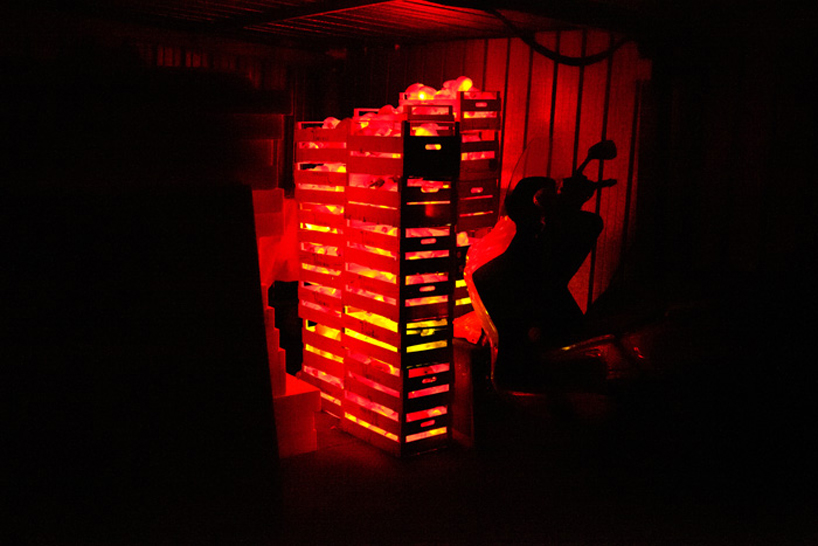 with nightfall, the workspace exuded an intimate red light 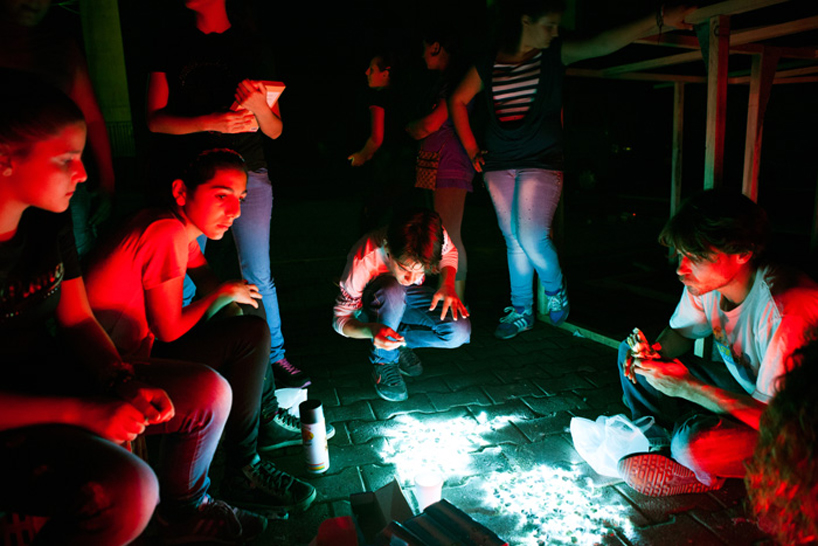 volunteers with the lights for the peppers