a site intervention of 800 illuminated books was installed under the brooklyn bridge in water street, new york. armed with the intention that literature should seize the streets and overtake public spaces, spanish designers luzinterruptus randomly placed these literary objects in such a way so that people were able to walk among them easily, stop to look at them and even read them. 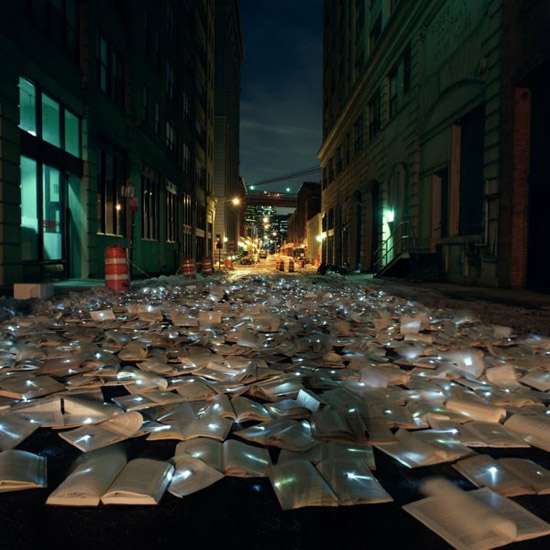 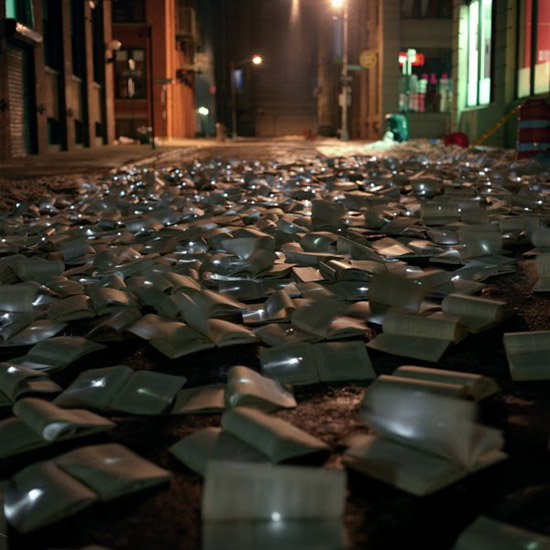 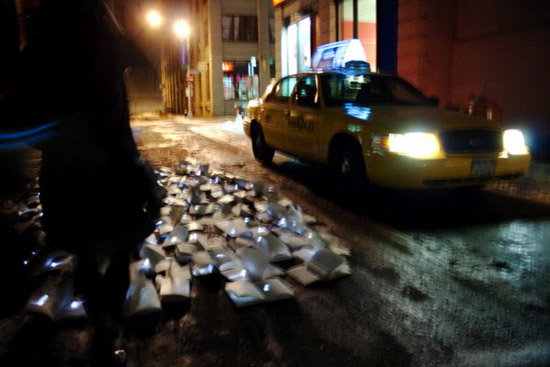 luzinterruptus, known for their light installations in public spaces, wanted the urban space conventionally reserved for speed, pollution and noise to be converted to a place of peacefulness, relaxation and coexistence. the site is illuminated by a soft, diffuse light which encourages by passers to feel comfortable in spite of the chaos around them.

‘we want literature to seize the streets and become the conqueror of public spaces, freely offering to those who walk by a space free of traffic which for a few hours of the night will succumb to the modest power of the written word.‘- L 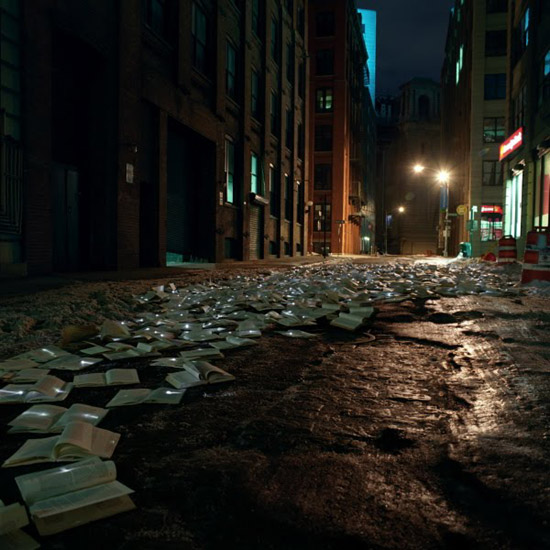 the books consisting of diverse topics will remain on site during the entire intervention, at the disposal of anyone who wants to take them. in doing so, the installation will recycle itself. in the end, the cars will return to occupy their place, but for many, the memory that once books occupied this same space, will change their relationship with the environment. as time passes, luzinterruptus hopes that people who have experienced this site intervention will relay their personal story to others. 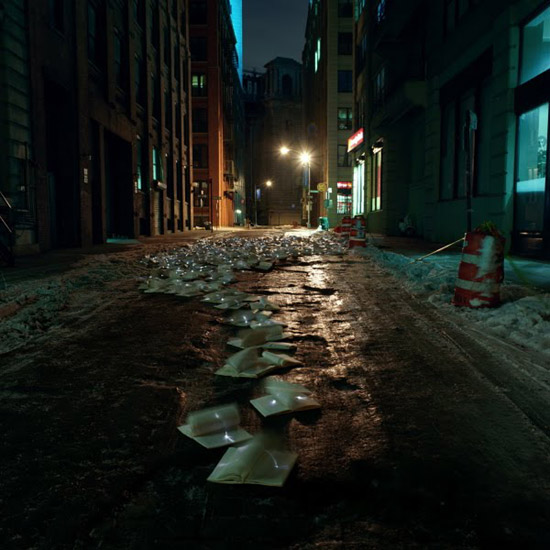