luzinterruptus, an anonymous artistic group focusing on urban interventions, has completed a public art installation titled ‘the plastic we live with’ during the FAB festival in bordeaux, france. the project visualizes the invisible: transforming the plastic excess that is around us into a striking art statement. the artists chose an old virgin megastore as the site of their intervention. after sourcing more than 6,000 bags from warehouses around the city, the team filled the gaps of the store’s façade so it looked as though the plastic was about to explode out of the building. 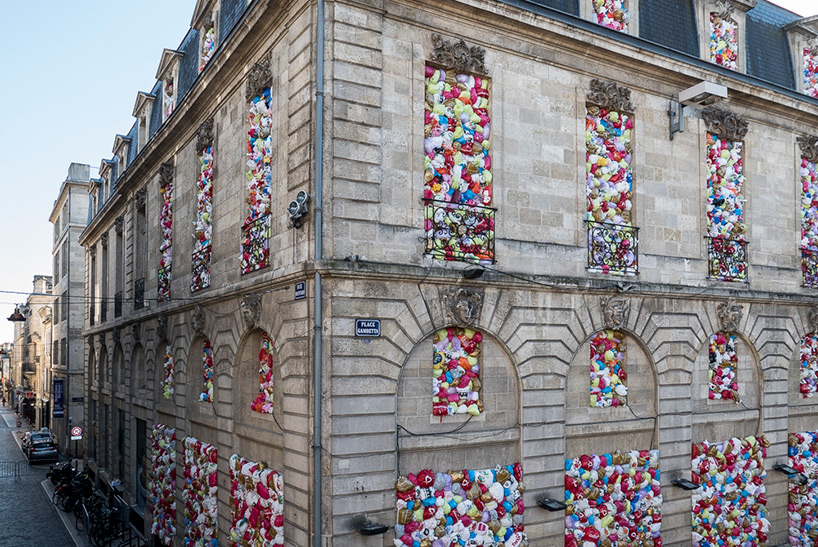 ‘plastic is a recurrent subject in our work and in life, since practically everything we consume is made with this material’, explains luzinterruptus. ‘recycling isn’t enough to tackle this problem. that’s why the french government, among others, has taken measures to reduce its consumption as much as possible by outlawing the usage of plastic bags at stores which are being replaced by paper bags or bags made of biodegradable material.‘ 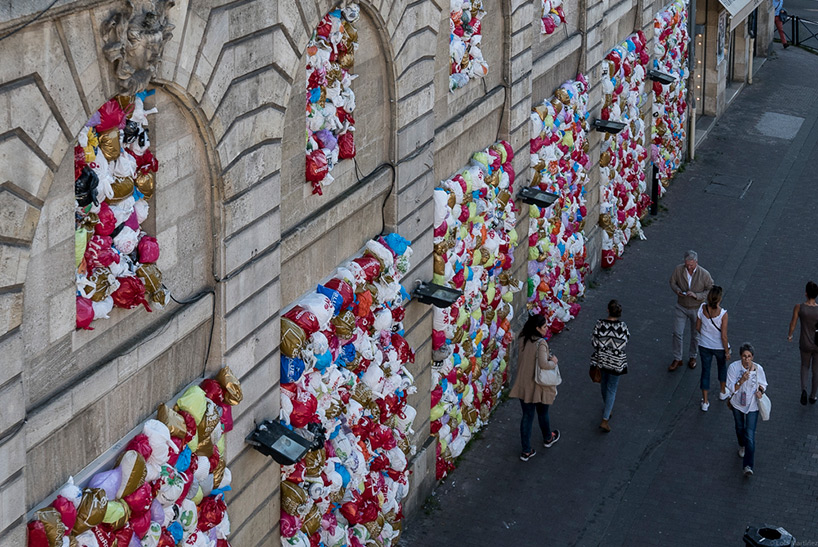 the installation gives the appearance of a building bulging with plastic

the installation inspired people to get close and try to recognize the bags from their favorite stores. when the interior was lit at night, the windows looked as though they were covered with stained glass — although a more plastic, toxic version. the piece remained lit for four days and, once dismantled, all of the plastic material was properly recycled and the building was left in its original condition. 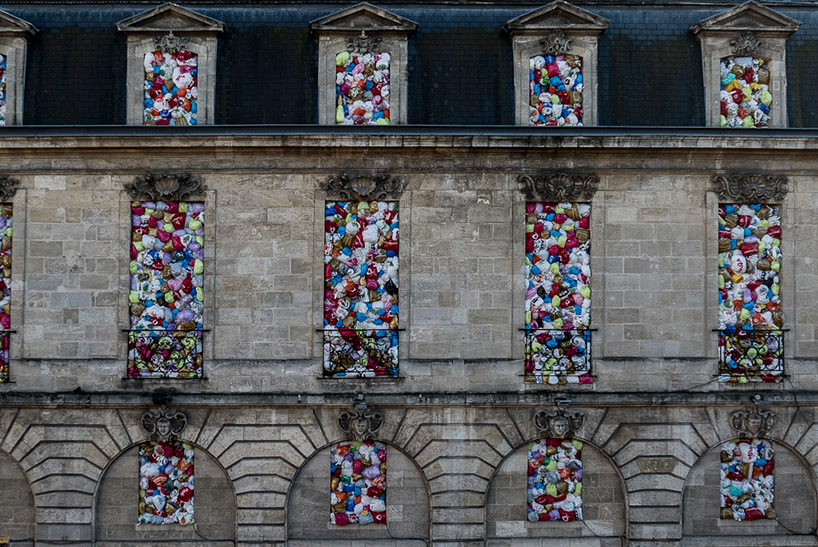 over 6,000 bags were used to complete the project

luzinterruptus completed the project with the help of more than 30 volunteers from the asociacion bénévoles en action. the volunteers collected the necessary bags and recycled plastic for three months, and also helped luzinterruptus with the assembling and dismantling process. the artists also collaborated with la direction générale des affaires culturelles de mairie de mordeaux. 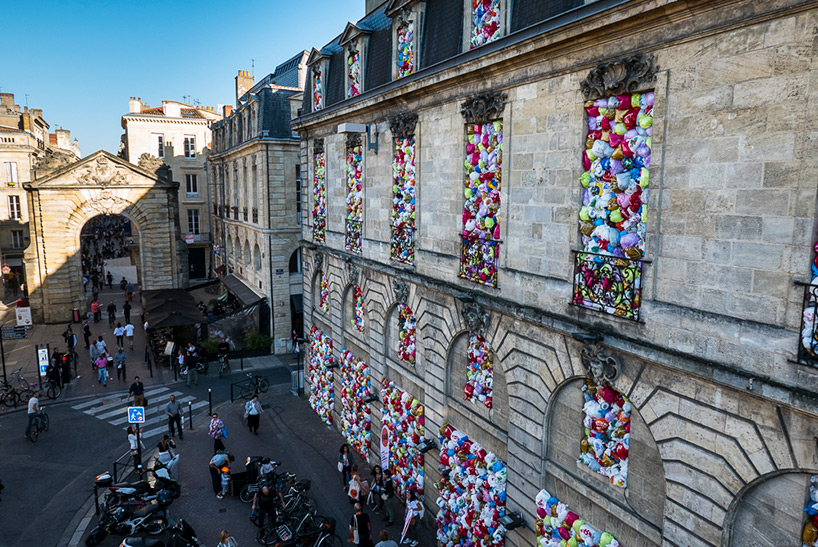 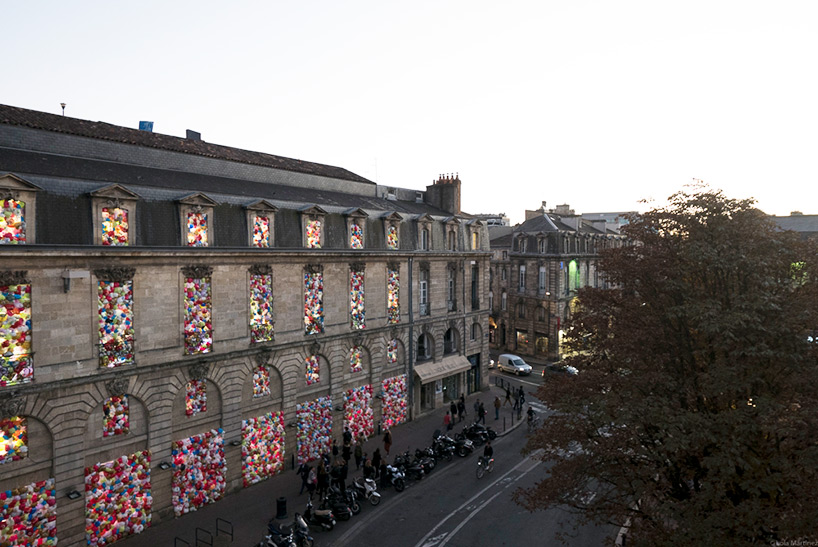 an old virgin megastore was the chosen site for the project 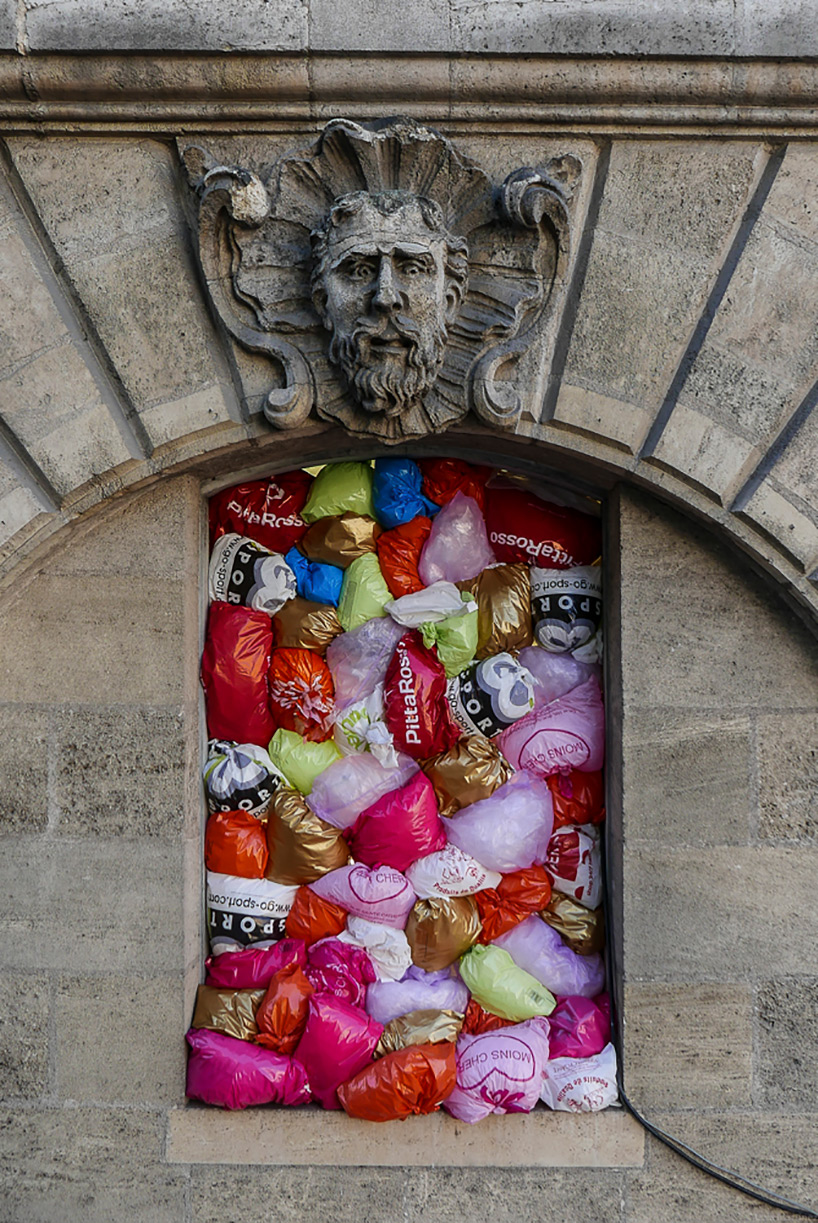 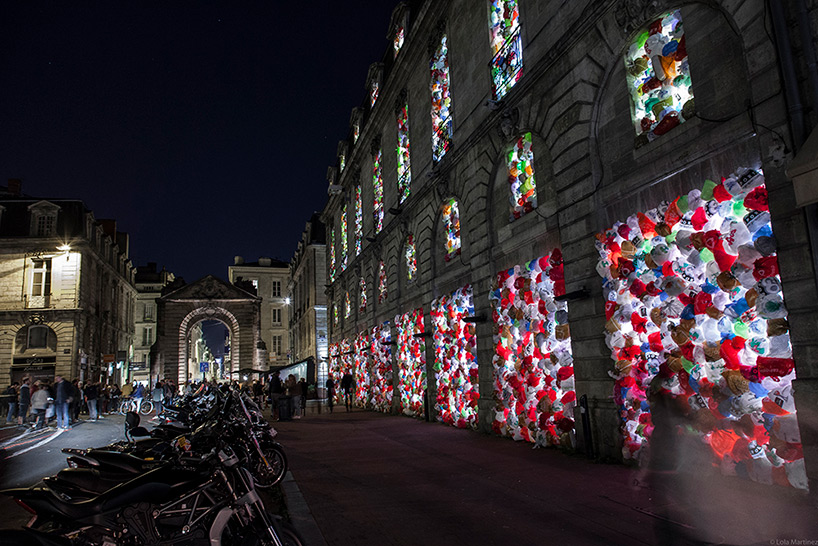 at night, the illuminated plastic has the appearance of stained glass 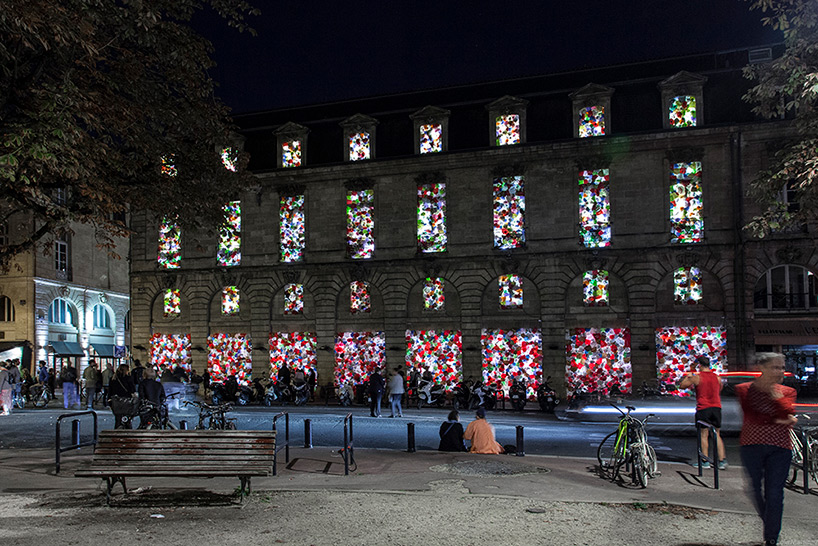 the installation remained lit up for four days 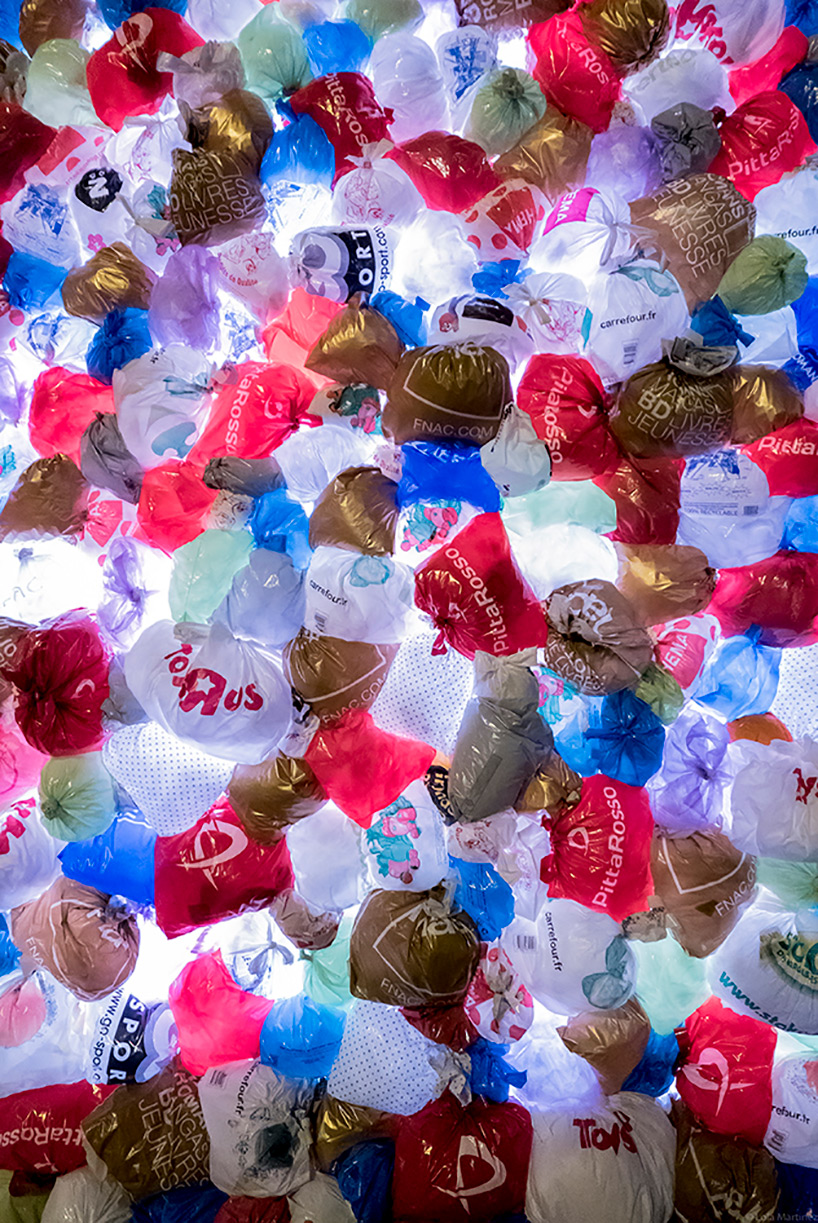 ‘plastic is a recurrent subject in our work and life‘, explain the artists 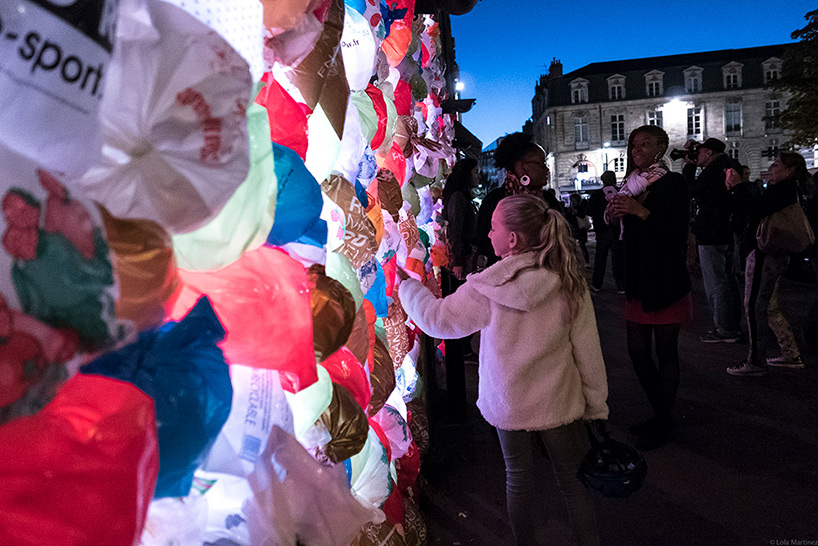 plastic bags have been outlawed in france, making it a perfect setting for the artist project 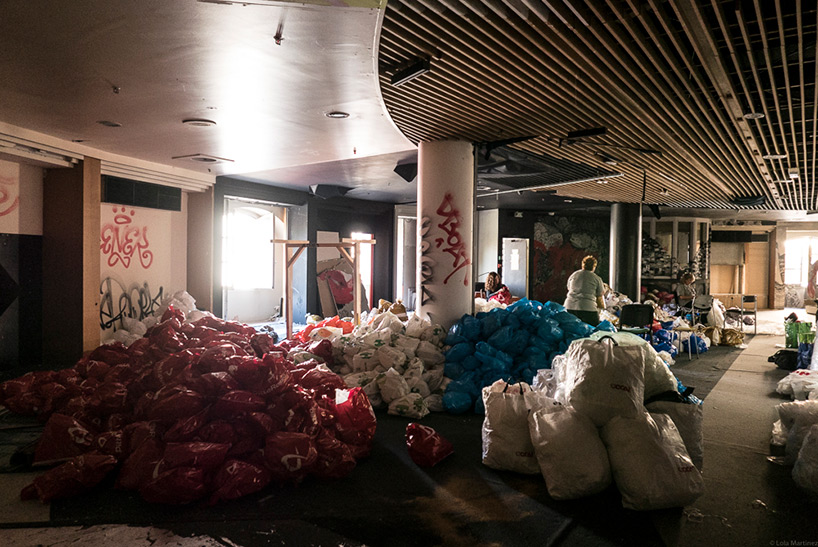 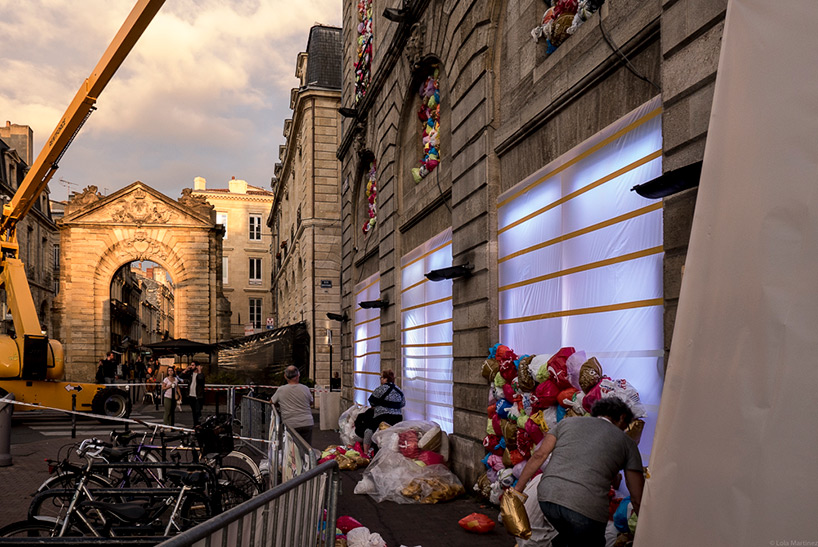 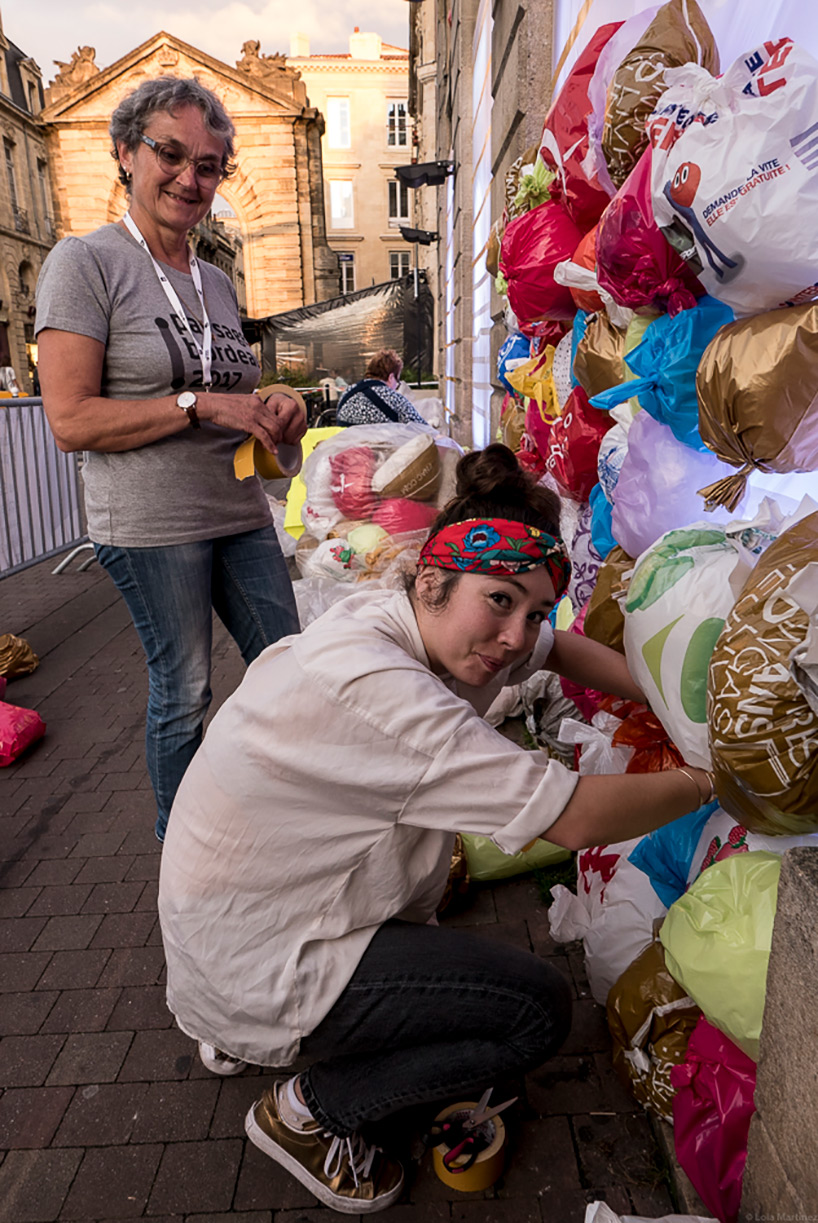 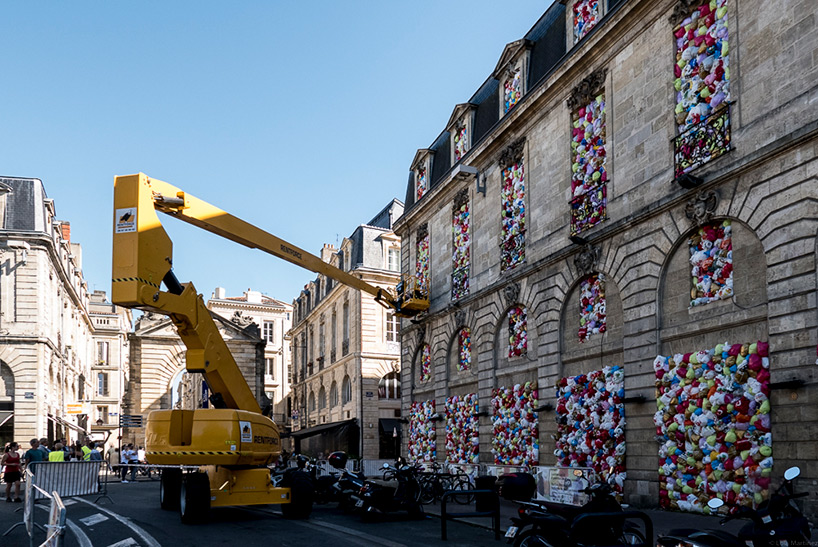 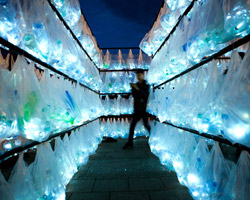