‘politicians under surveillance’ by spanish artistic collective luzinterruptus is a temporary public installation aiming to stimulate debate and conversation on the roles of the government and its influences in today’s society. armed with 75 fake security cameras complete with intermittently flashing red lights, the team set about the street of madrid, spain, and trained the surveillance equipments around various advertisement used by political parties in their electoral campaigns.

from luzinterruptus’s site: ‘…those that truly keep [the politicians] under strict surveillance are the markets, loaded with unlimited power which allows them to overthrow legitimate governments, imposing in their place a race of technocrats of suspect past, in the service of the crisis.’

ten hours in duration, the installation exhibited groups of security cameras scaling telephone poles, mailboxes, and crowding around a portion of the street. through playful interventions in the public domain, the project seeks to provoke viewers to reflect on the current infrastructure of political power. 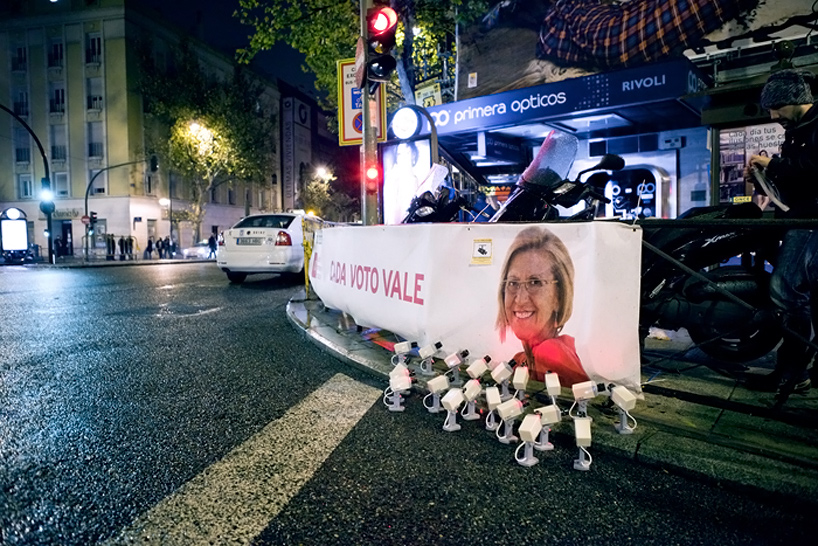 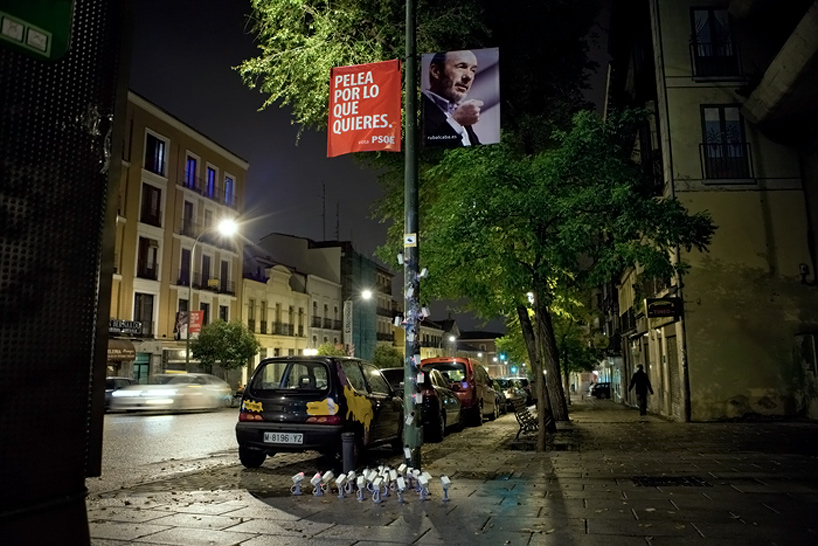 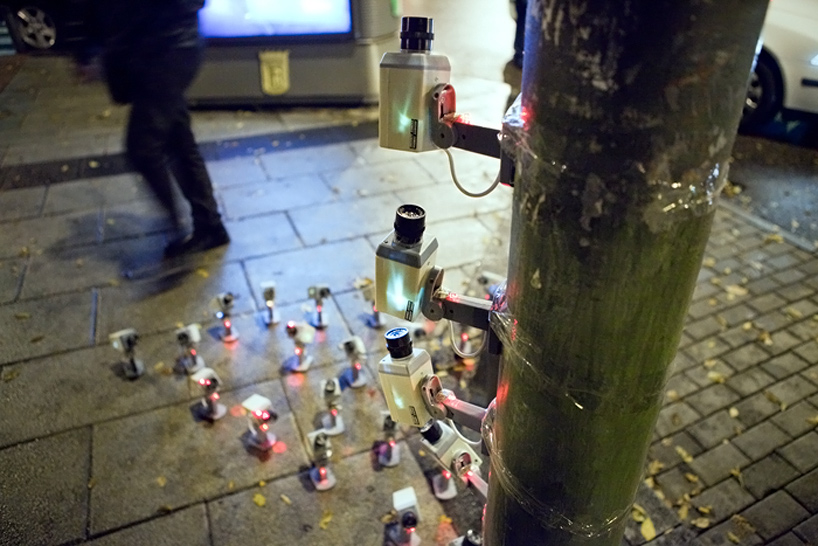 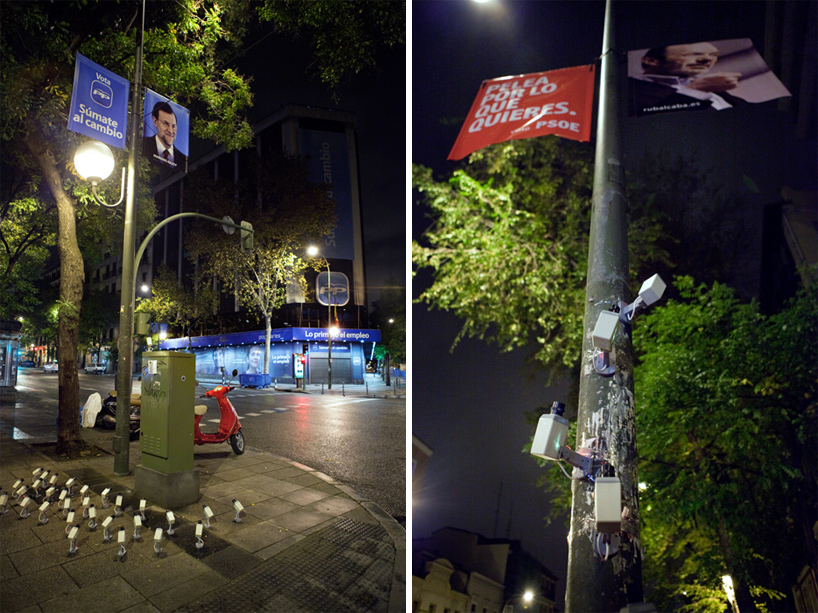 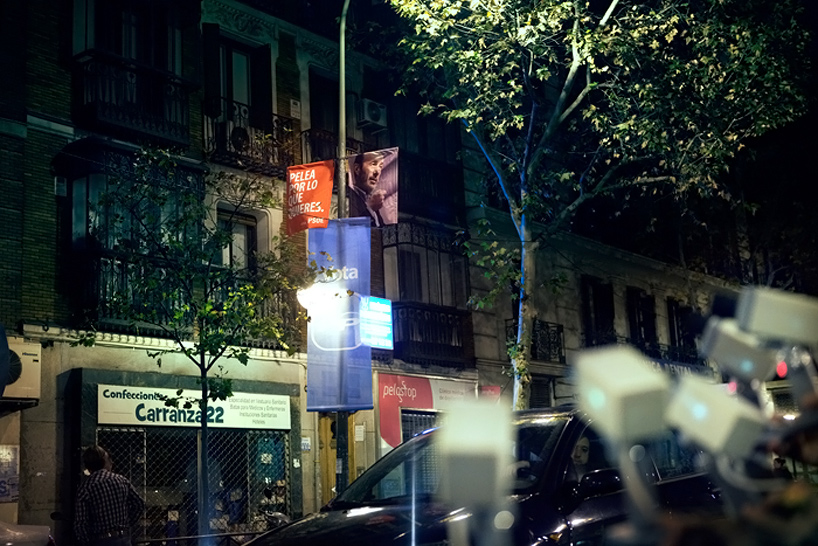 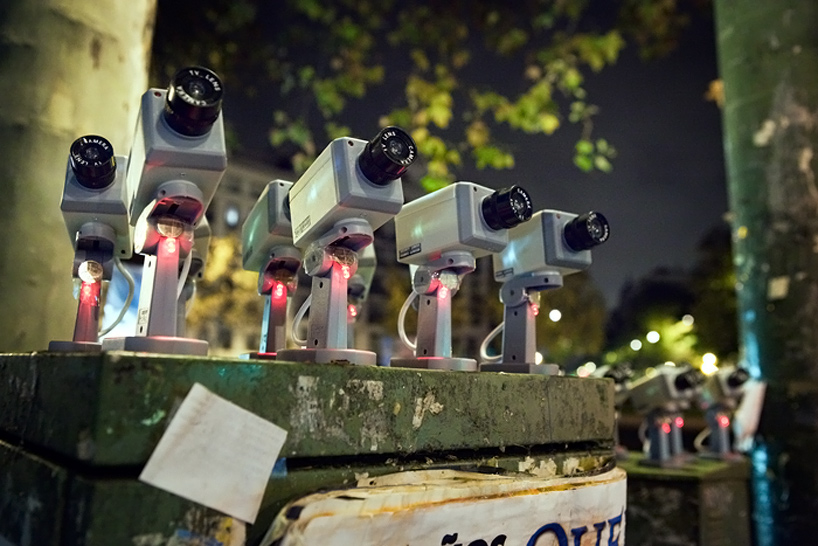 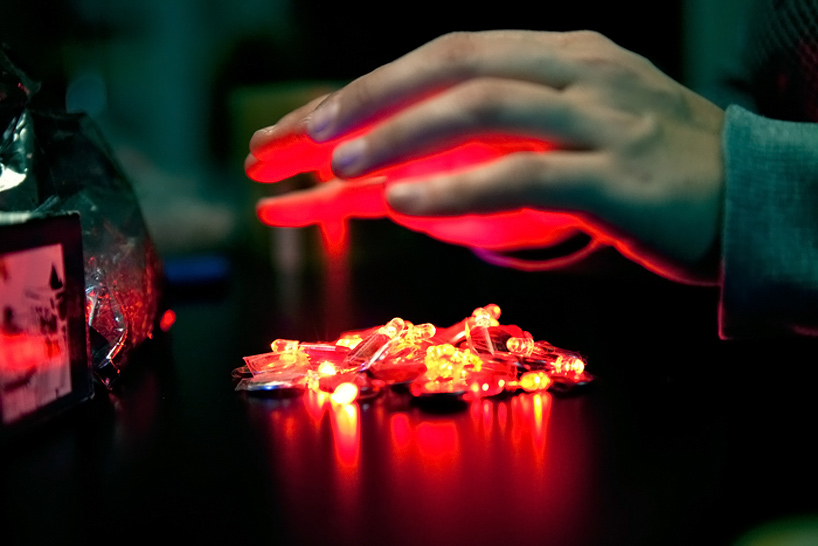 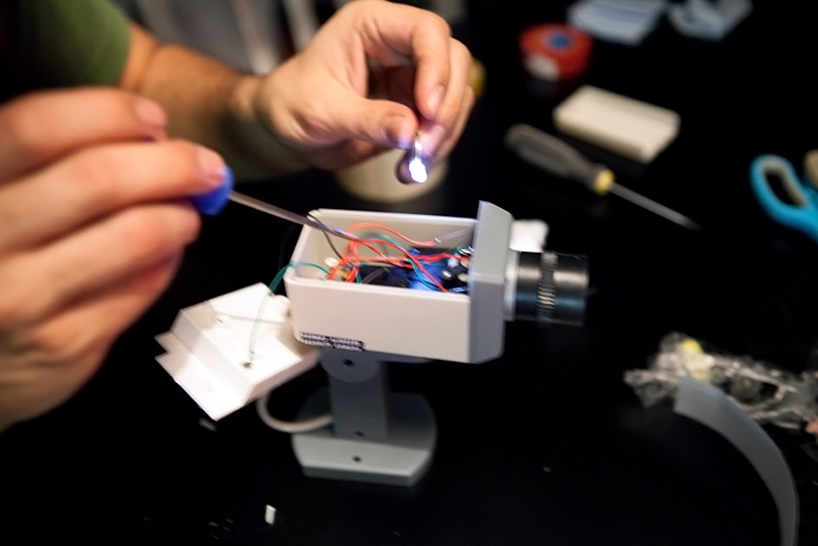