‘radioactive control’ by luzinterruptus all images by gustavo sanabria

‘radioactive control’ is an outdoor installation which addresses, in a somewhat humorous tone, the paranoia which we are suffering from the escape of radioactive material in japan, bringing into question the safety systems at the nuclear power plants.

conceived by spanish collective luzinterruptus for the dockville festival in hamburg, germany, it took 6 days to install. the project features an army of 100 mysterious, illuminated radioactive figures, which seem to have advanced threateningly on the natural environment in which they are positioned. the intention of the piece was to invite reflection regarding the use and abuse of nuclear energy, cheap in economic terms, but which can cause grave secondary effects for the environment and health, forever irreversible.

‘germany has been the first developed country to announce the total abandonment of nuclear energy of 2022, we know that this was not an altruistic decision and has a lot to do with the creation of new and innovative industries, which will make them pioneers in the market. but just in case they change their minds, we already know that what politicians legislate today, they change tomorrow with impunity, we wanted to simulate for the festival, a life under the constant threat of nuclear accidents.’ – luzinterruptus. 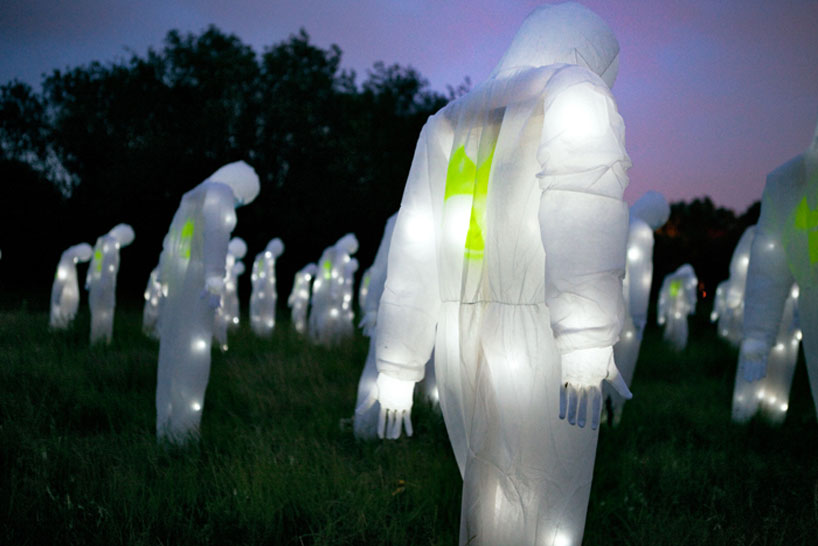 the 100 figures illuminated by night 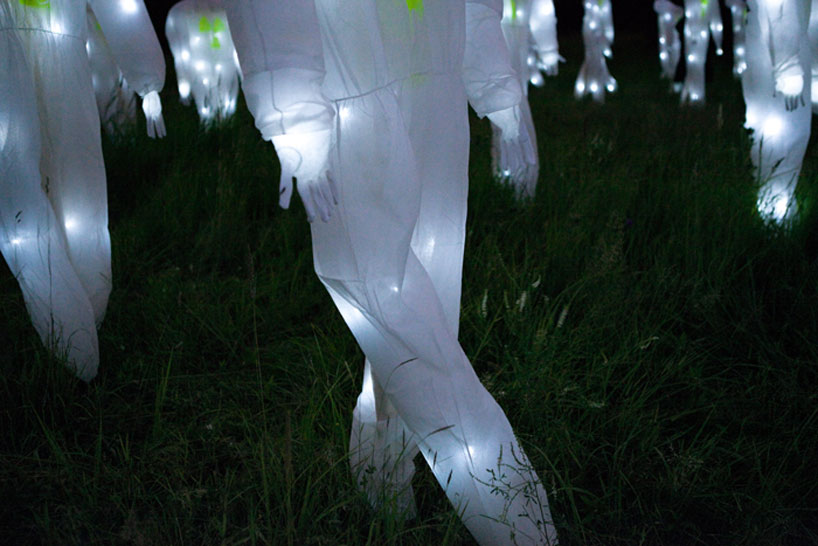 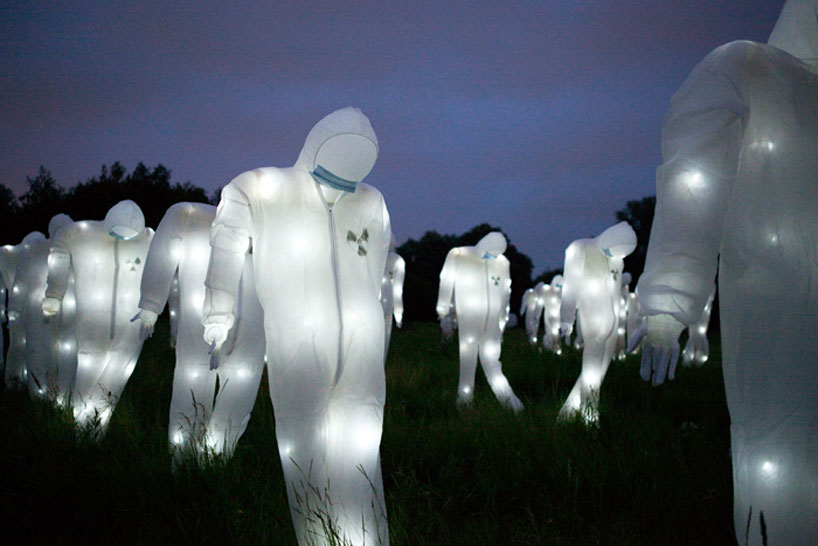 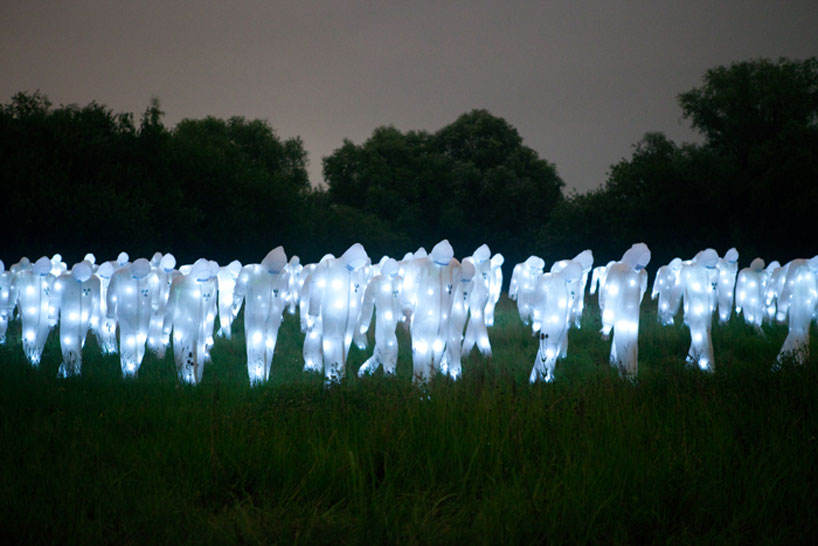 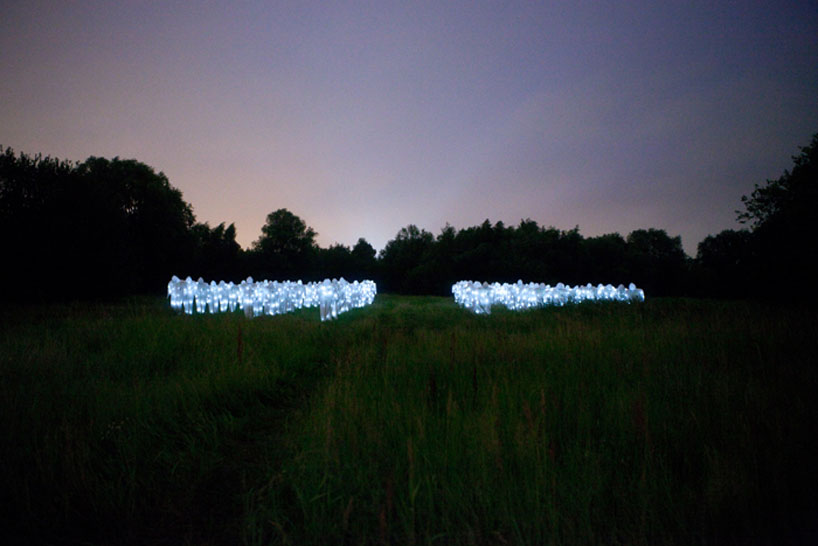 overall view of the installation 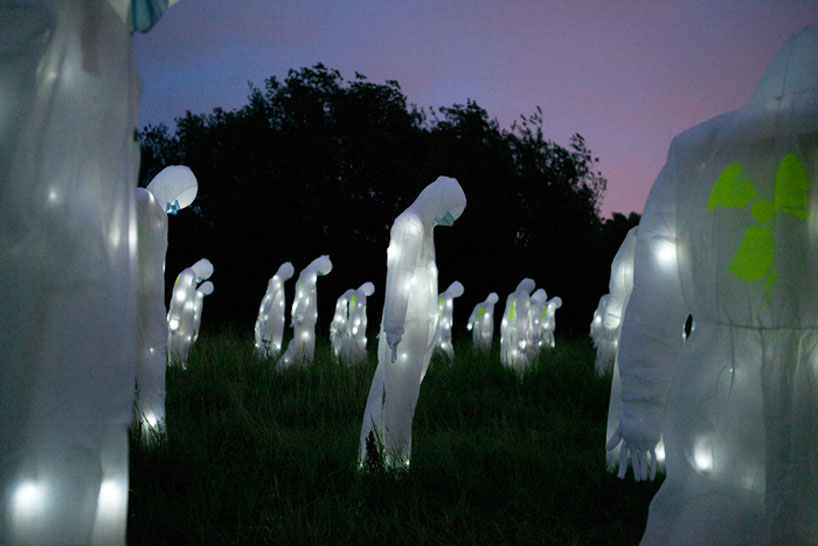 profile of the figures 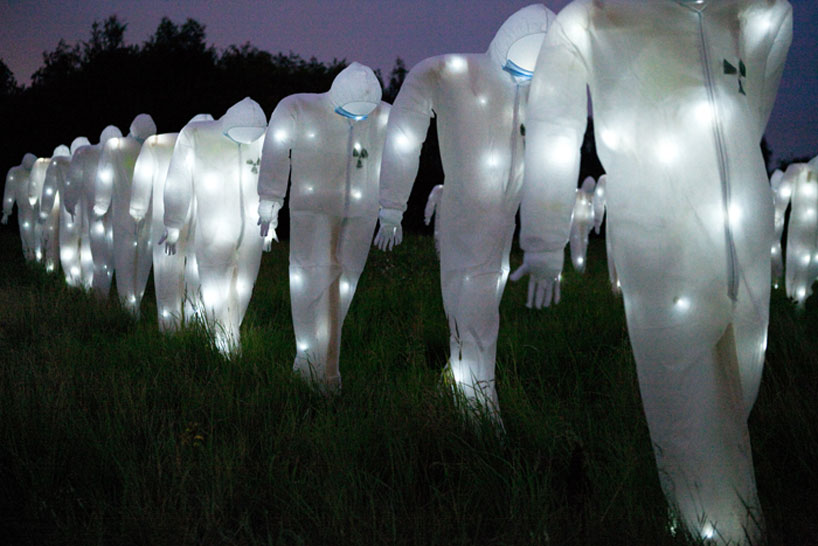 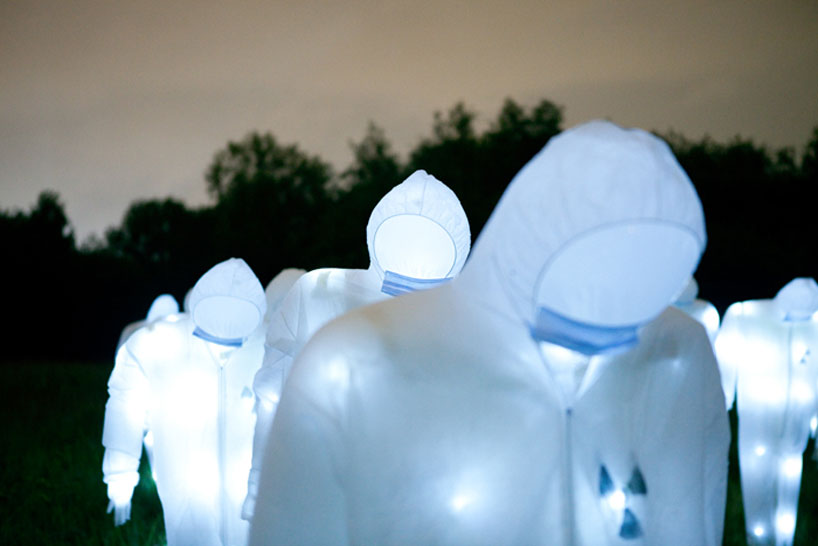 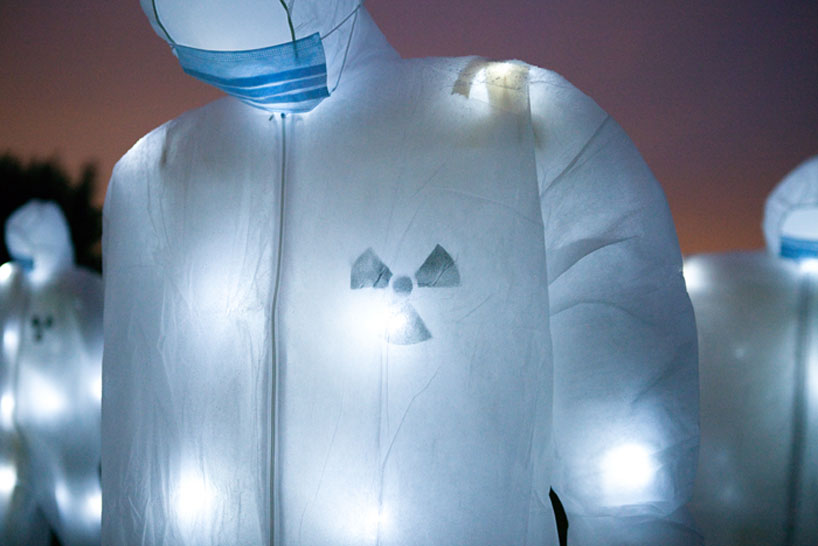 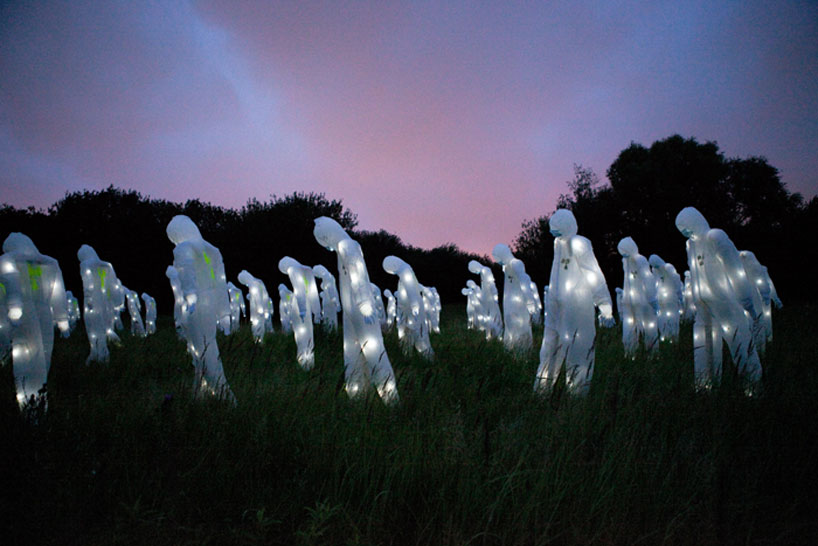 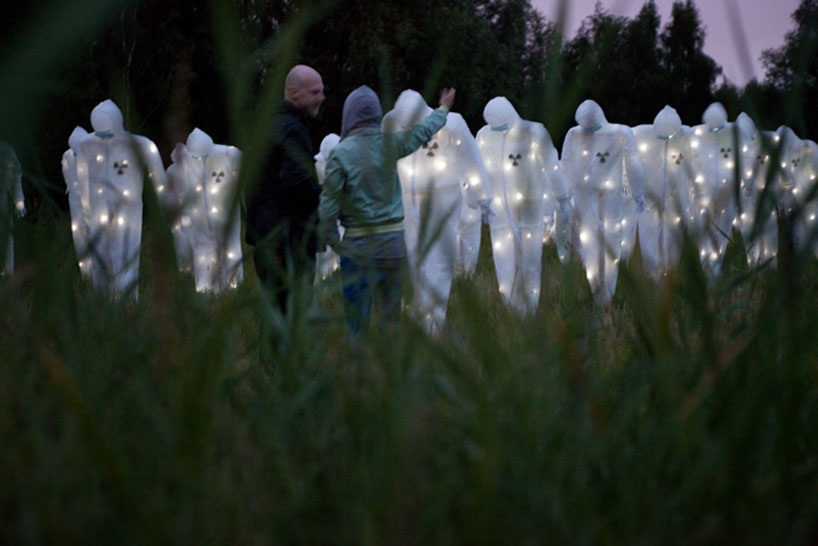 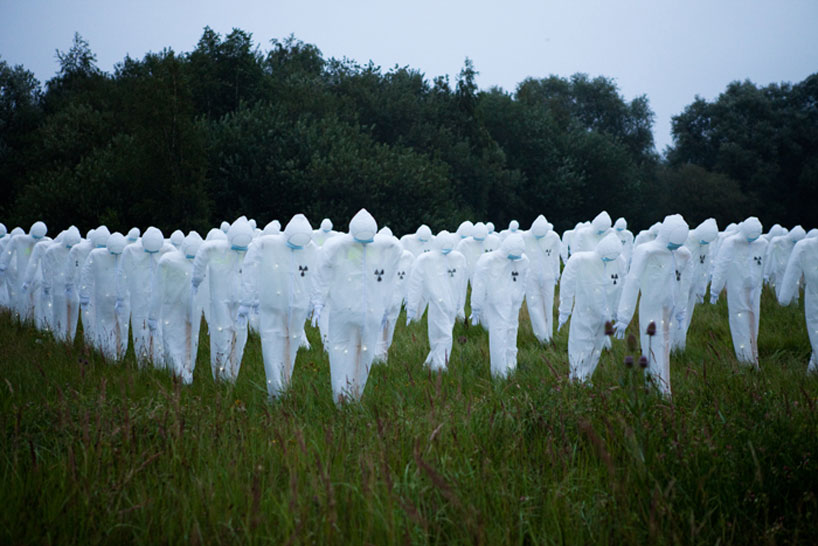 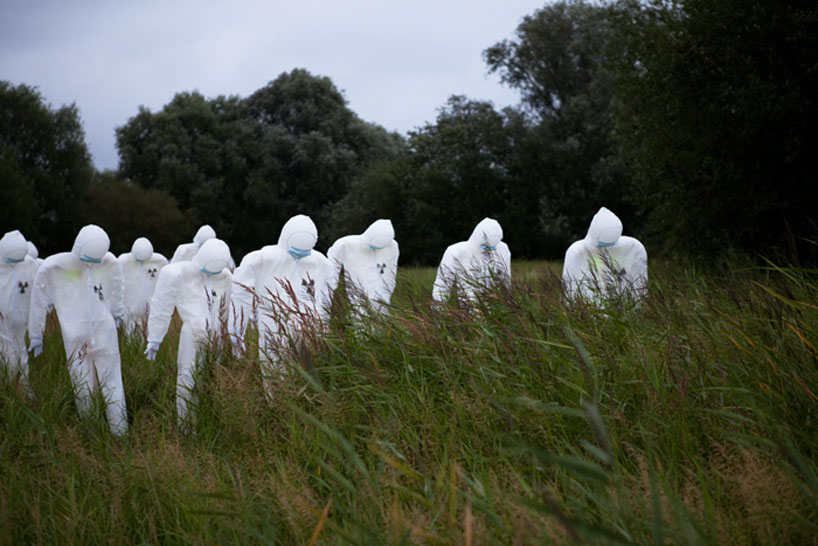 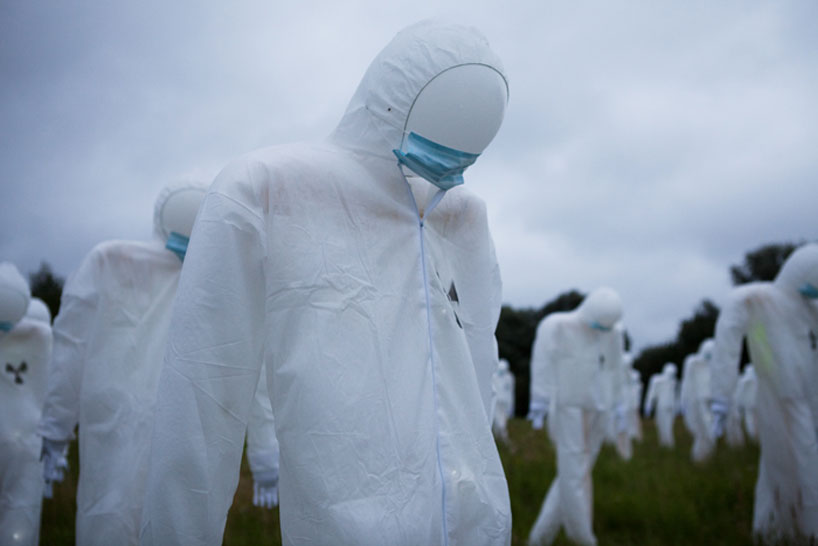 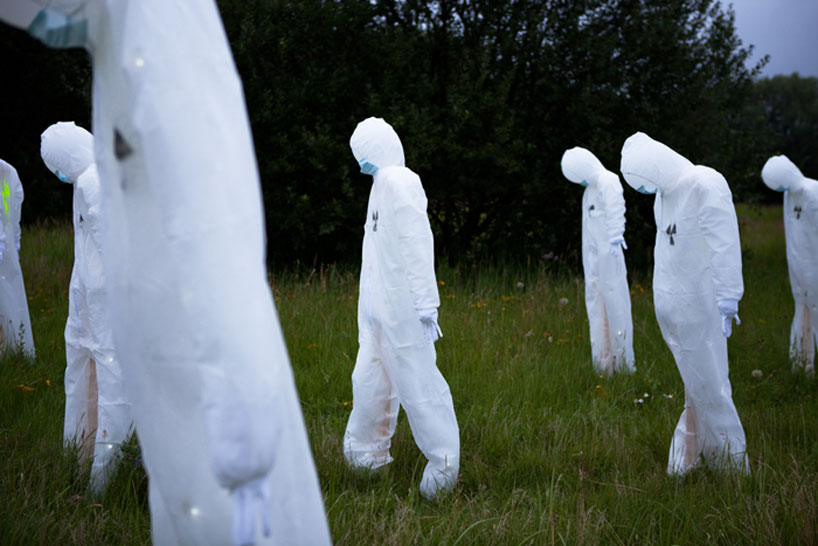 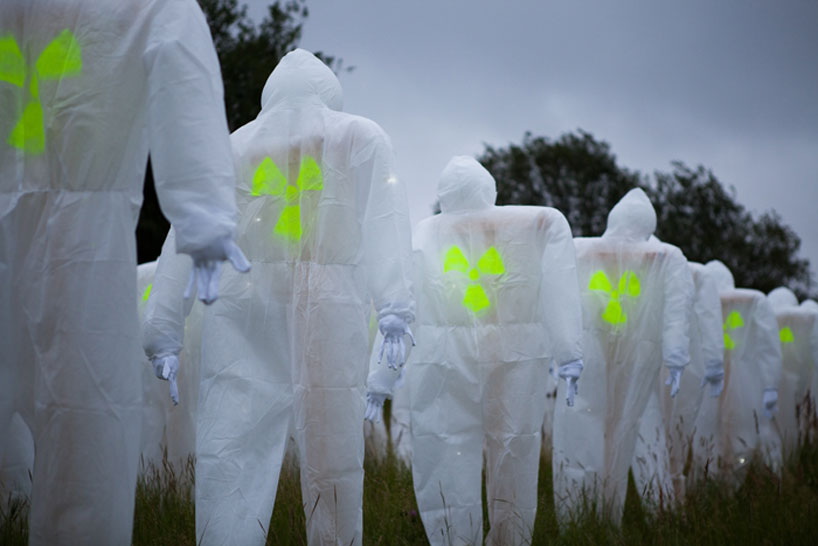 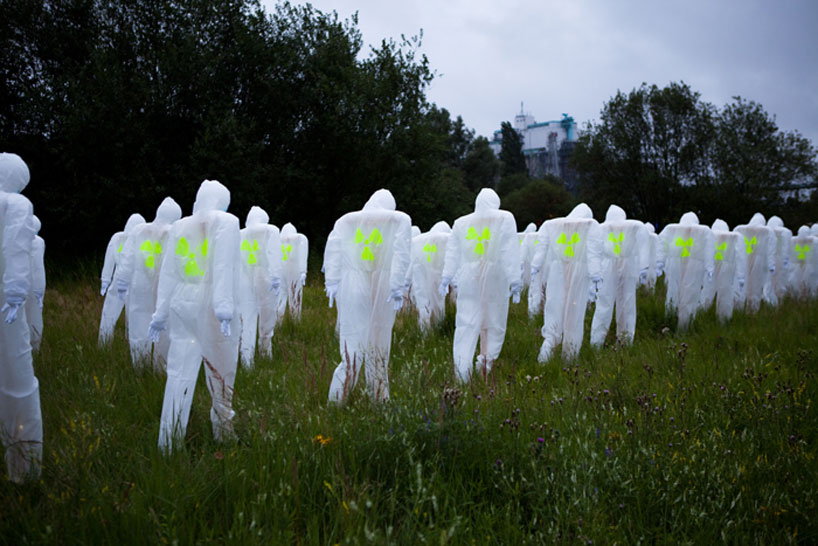 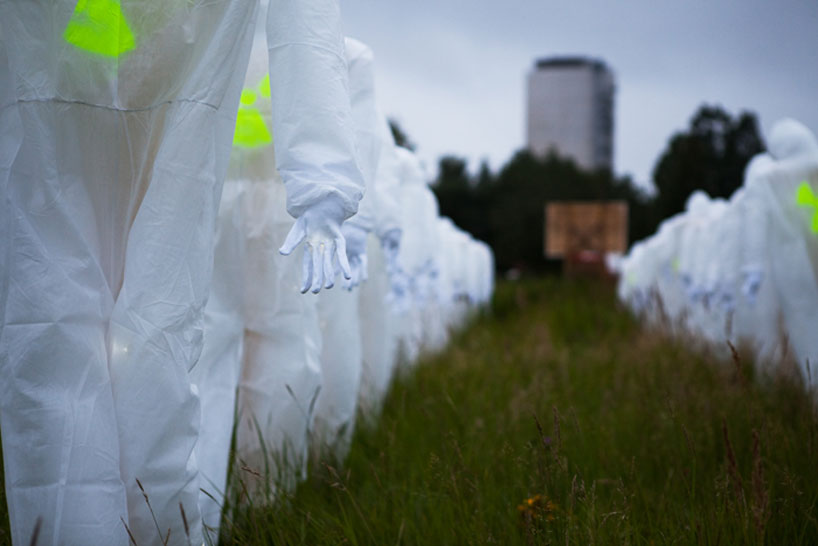