brazilian artist lygia pape’s work is on view as part of arsenale at the venice art biennale 09. having worked in painting, printmaking, sculpture, dance, design, film, performance, and installation, pape was one of the most influential brazilian artists. ‘ttéia I, C'(2002) represents her late and very ambitious research into three-dimensionality. based on experiments she begun in the late 1970s, these works are made of carefully lit gold threads appearing to be of cosmic immateriality. 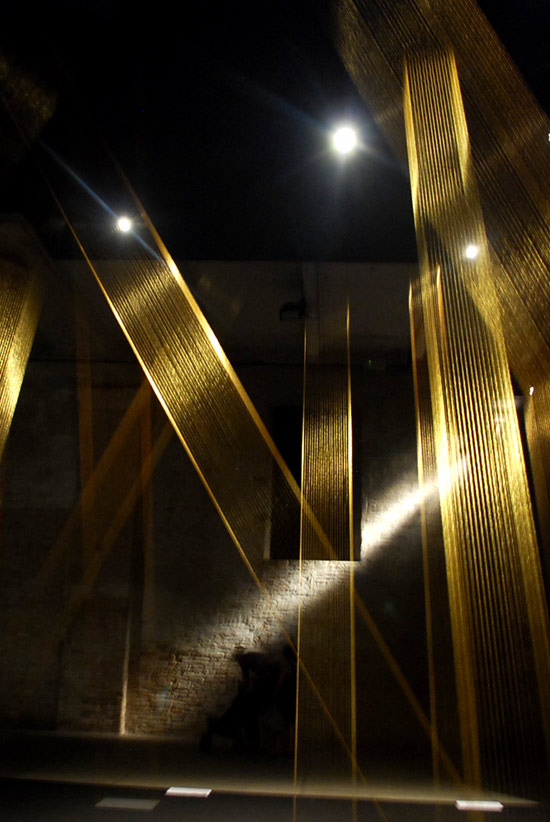 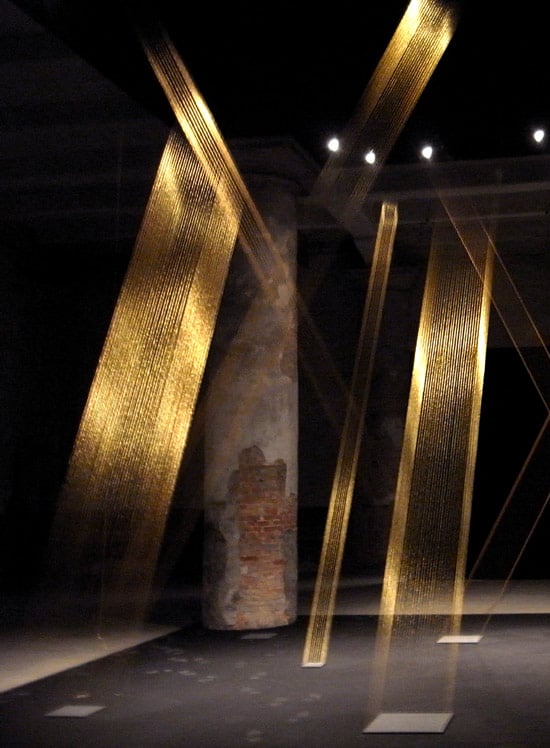 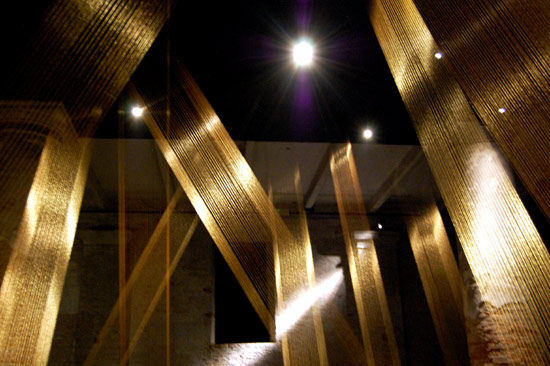 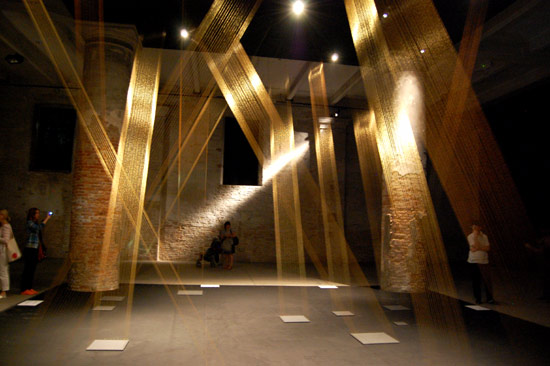 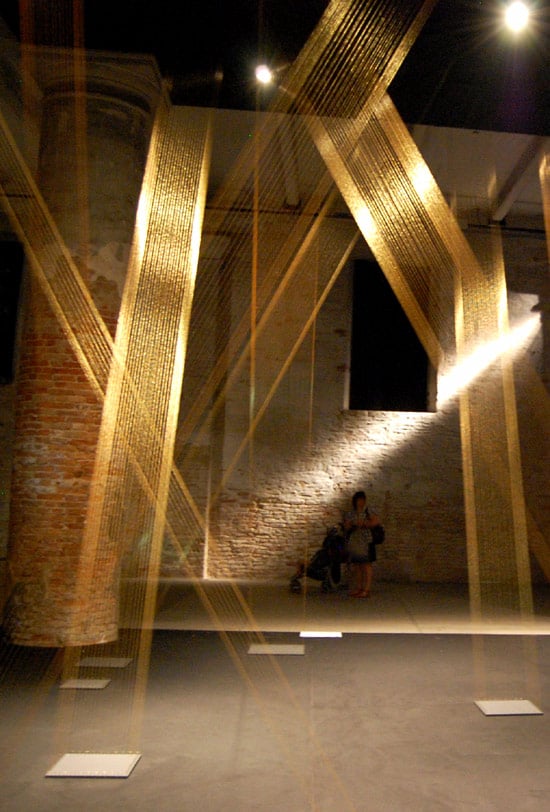