originally scheduled for last march but delayed by the earthquake in japan, tokyo’s frantic gallery presents this december ‘inorganic flora‘, the first solo exhibition of japanese new media artist macoto murayama, who layers the worlds of biological investigation, artistic design, and historical study in his collection of digital prints.

the exhibition is divided into two primary parts, ‘botanical diagram’, the prints of flower images with textual and mathematical markings, and ‘botech art’, pieces which emphasis colour and depth. the botanical diagrams are modeled after historical reference works and engineering plans, utilizing similar conventions of labeling and layout, but nonetheless treating the subject with an aesthetically minded eye in the tradition of historical botany illustrations.

the creation of each design is a multistep and multimedia process. murayama begins with research and dissection of botanical specimens, photographing and sketching their parts. he then composes a 3D model in 3DS max, modifying individual elements in photoshop and matting the completed diagram in illustrator with captions and indication of scale.

many of the works feature multiple perspectives of a single specimen, as in ‘commelina communis’ and ‘lathyrus odoratus’, where conventional top, front, and side view diagrams are joined by the multi-organism ‘ecology’ composition. among the ‘botech’ pieces, murayama experiments with diverse colours and arrangements of singular species, often creating as many as five or more different renditions of the same plant. 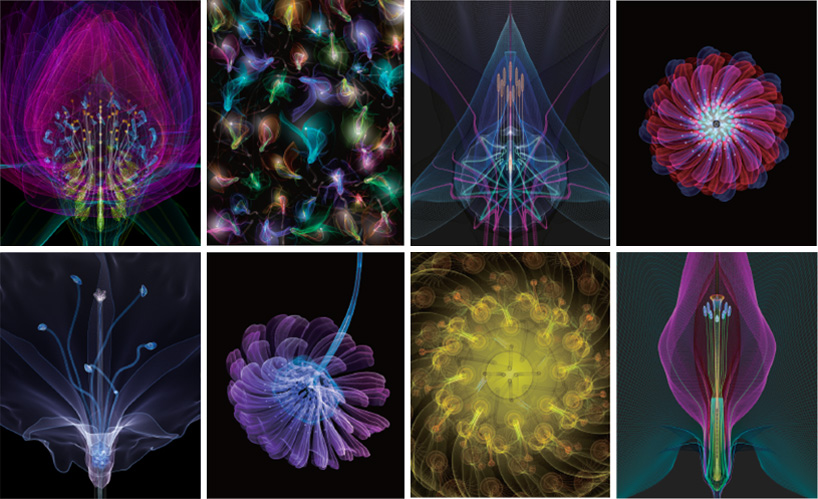 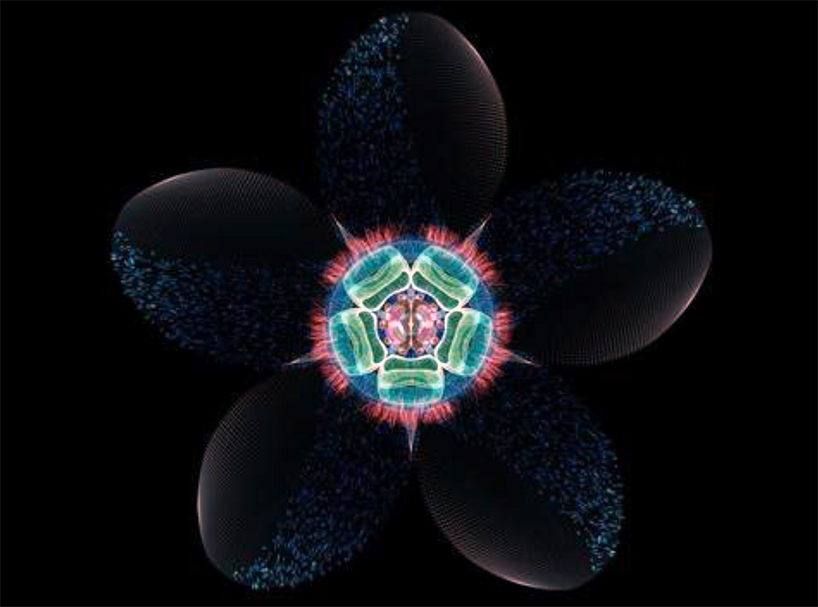 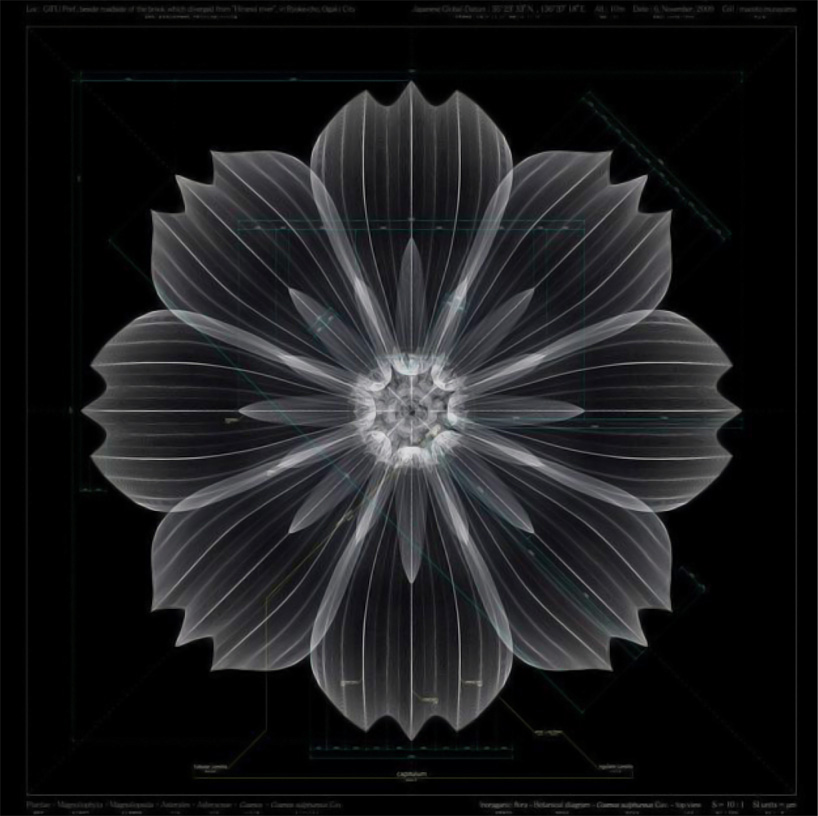 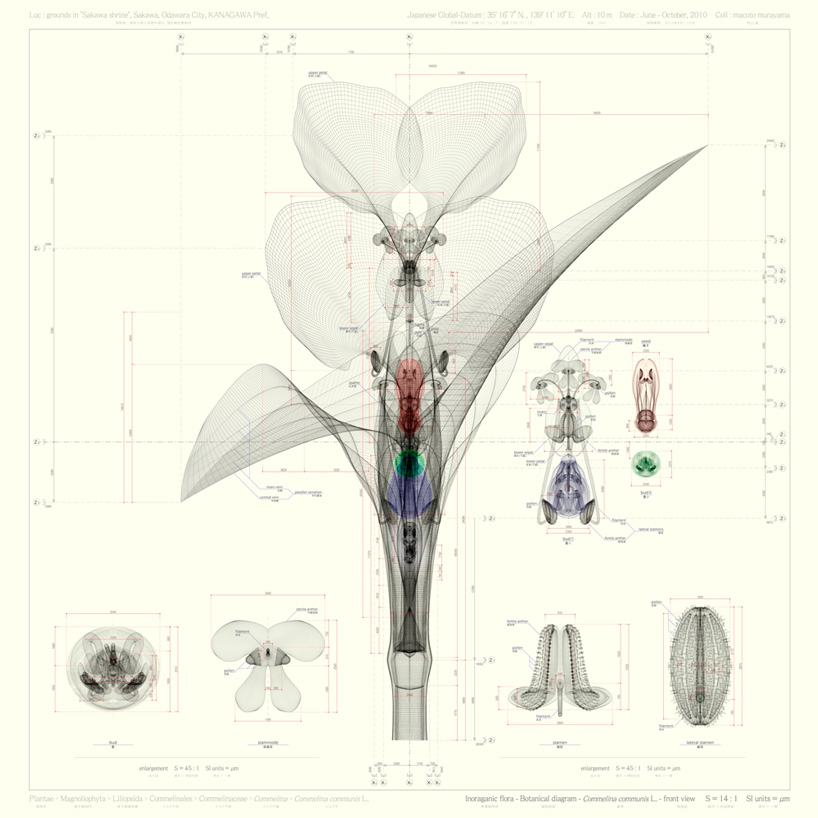 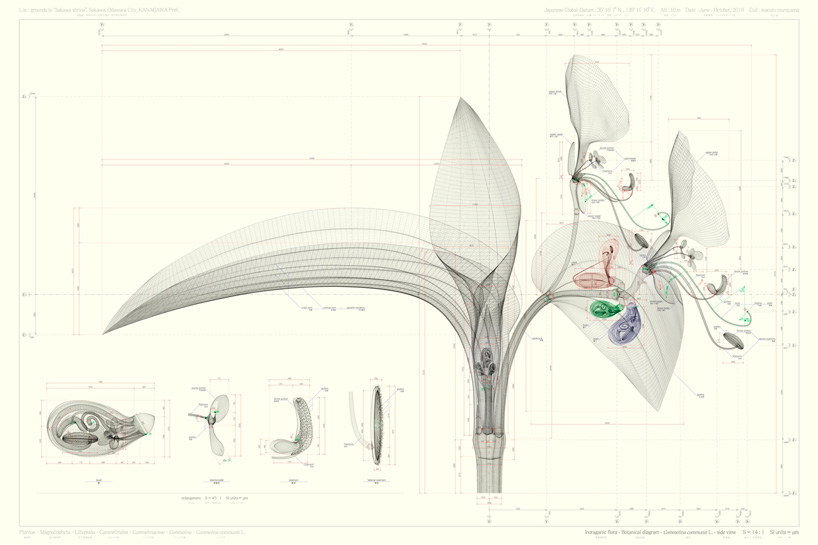 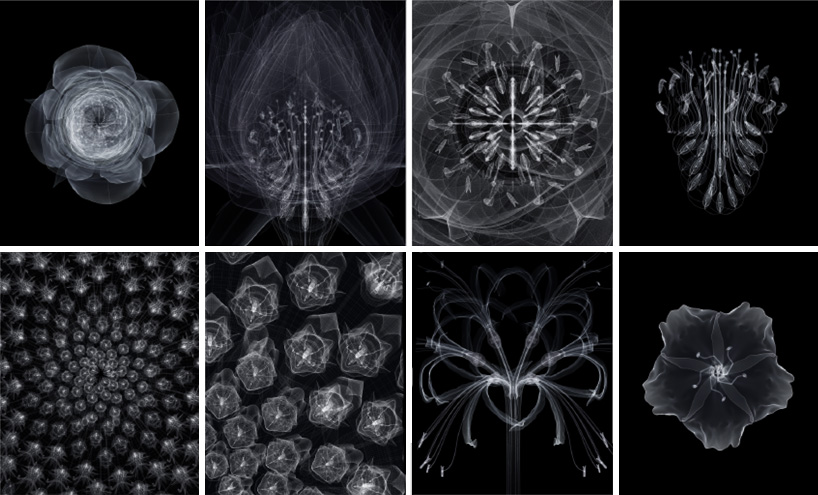 colour variations on ‘japanese lily i’ 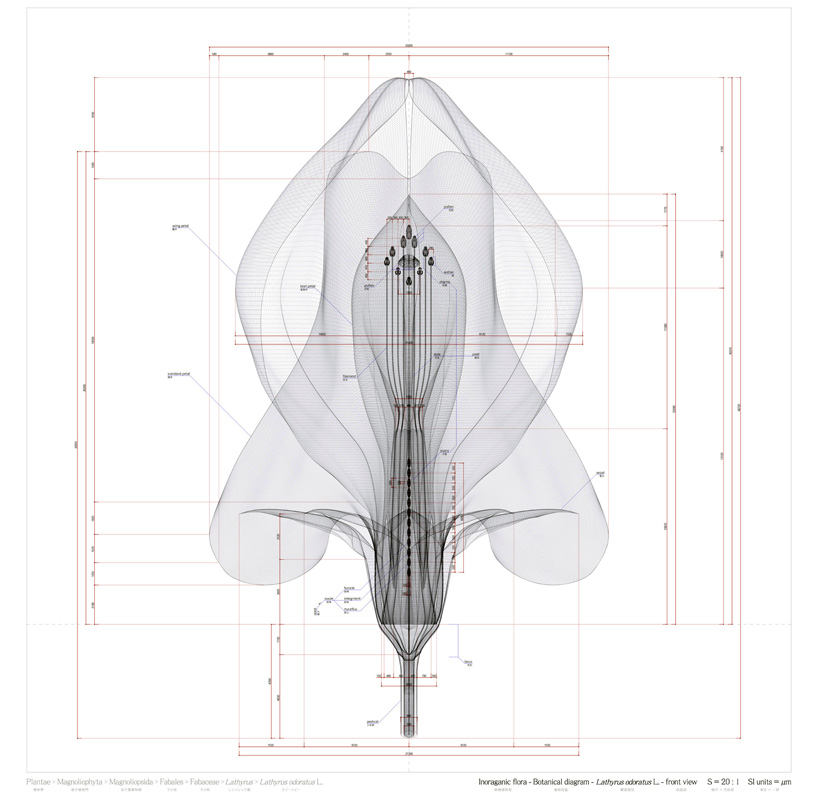 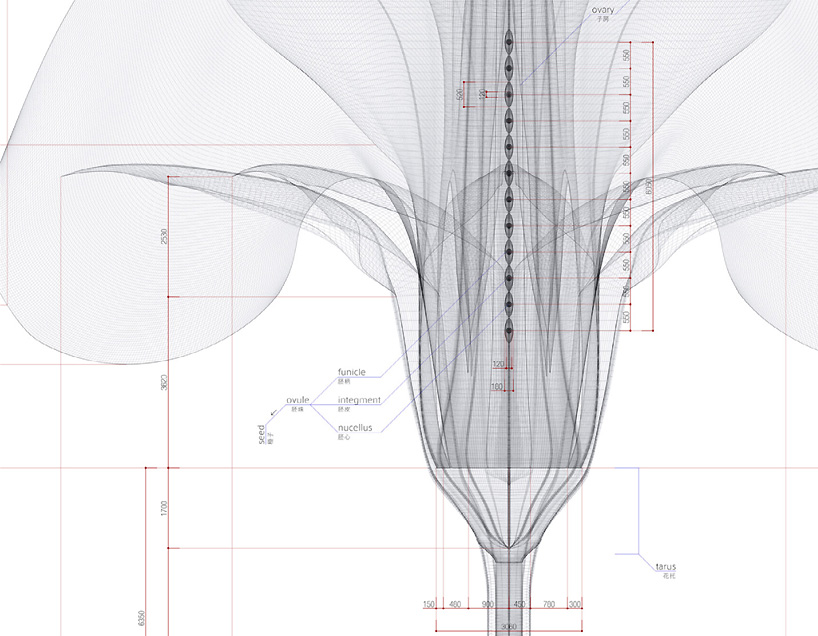 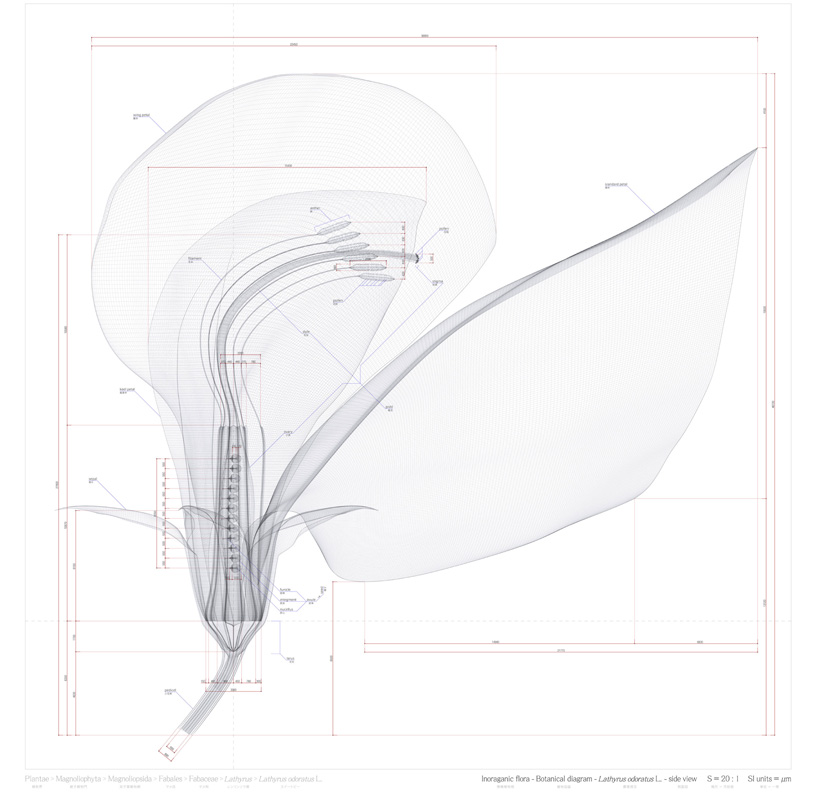 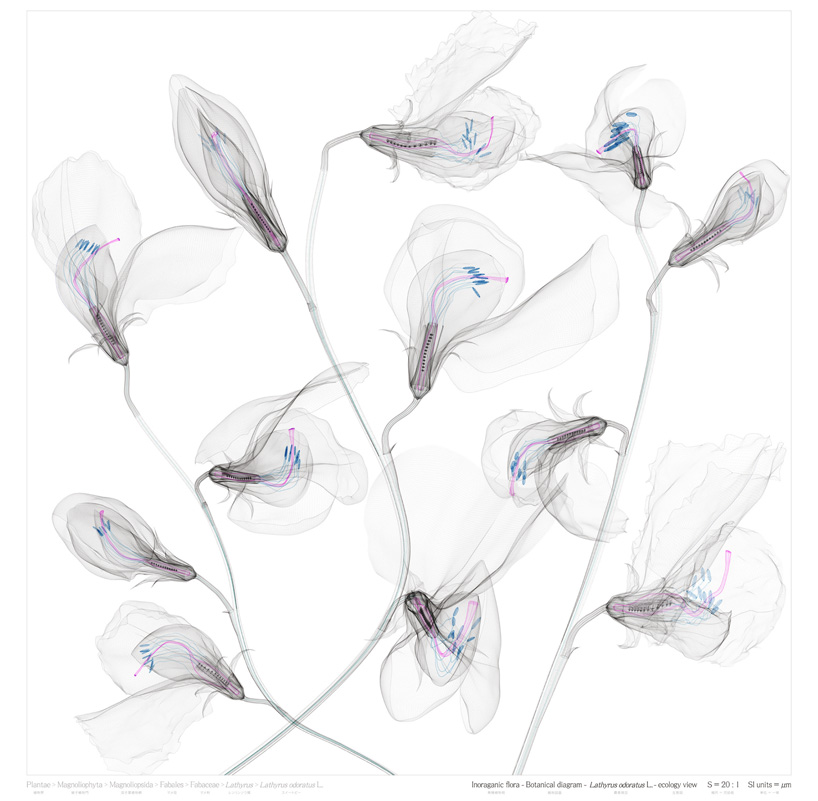 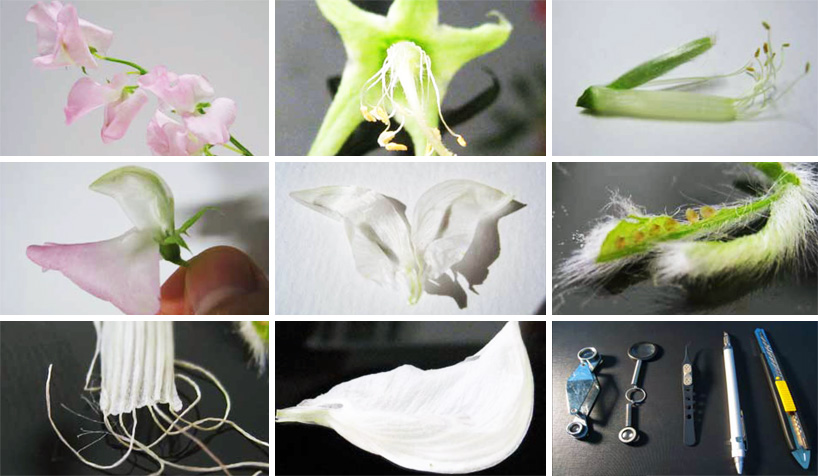 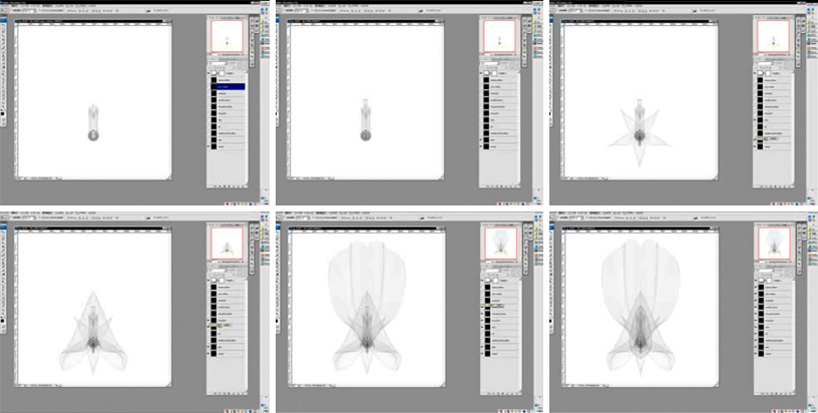 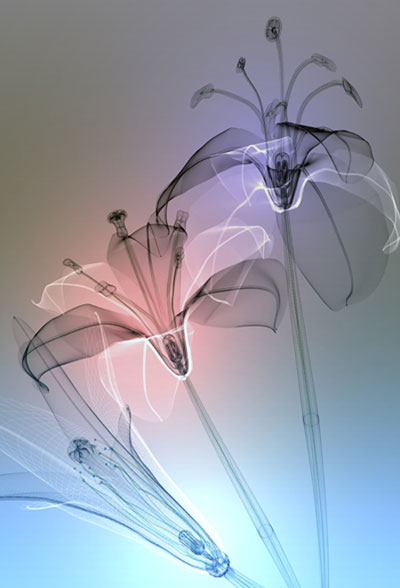