biochemist and photographer linden gledhill has captured a mesmerizing series of images which study the structure of butterfly and moth wings. using various levels of magnification, the macro shots zoom in on what is an incredible and kaleidoscopic visual: the intricacy and delicacy of insects’ wings. specimens of varying species and physical characteristics are collected, documented and later photographed using an automated macro focusing rail. forming an iridescent quilt, the scales layer in depth, volume and chroma, shimmering and glittering in a multidimensional composition. at the range of enlargement gledhill shoots the images at, they are near impossible to recognize as the physical characteristics of the flying species, but instead transform into dazzling perspectives on a part of the natural world. 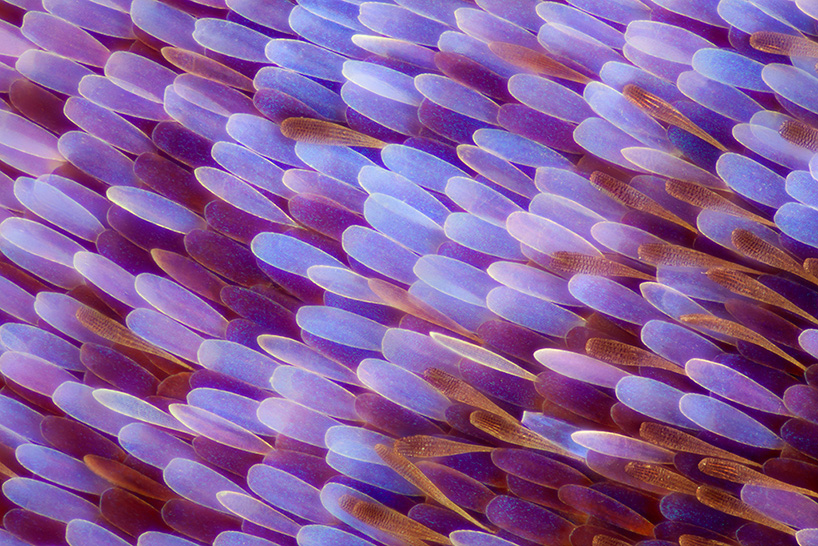 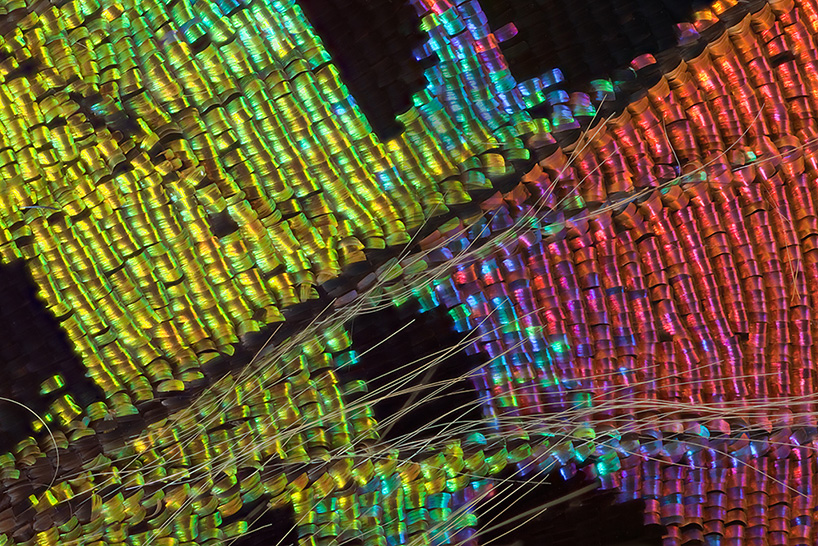 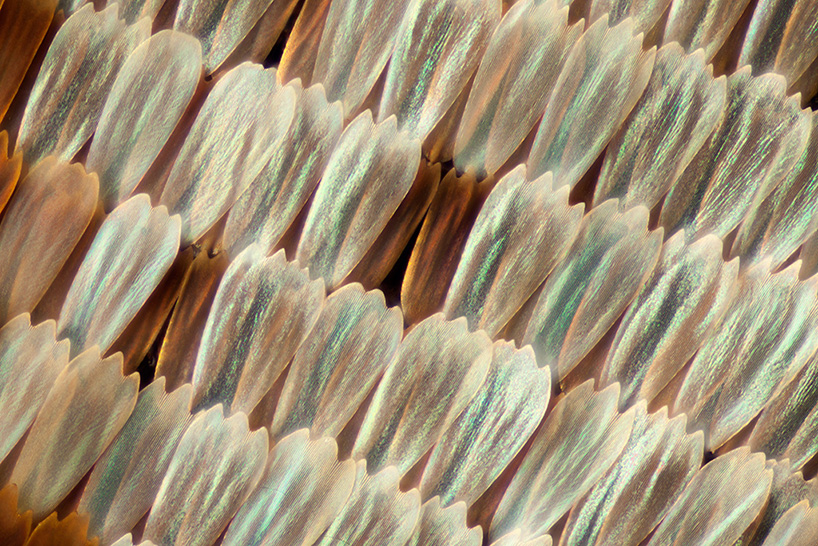 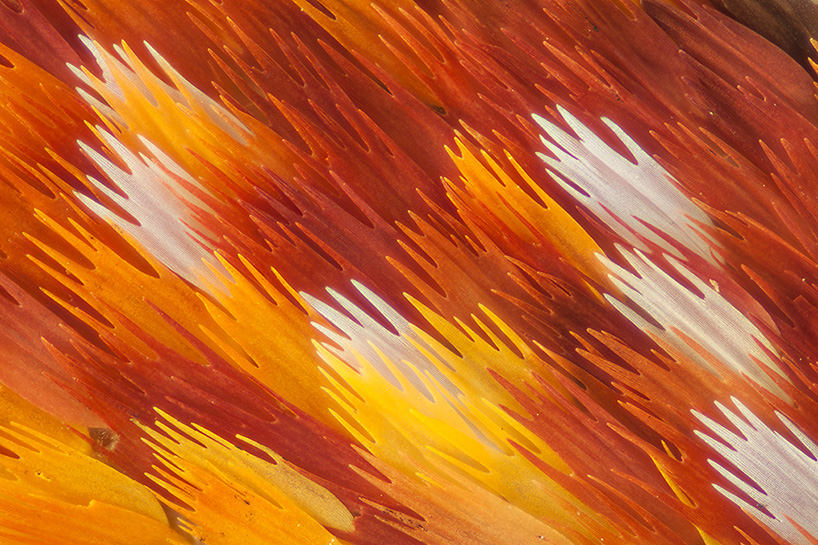 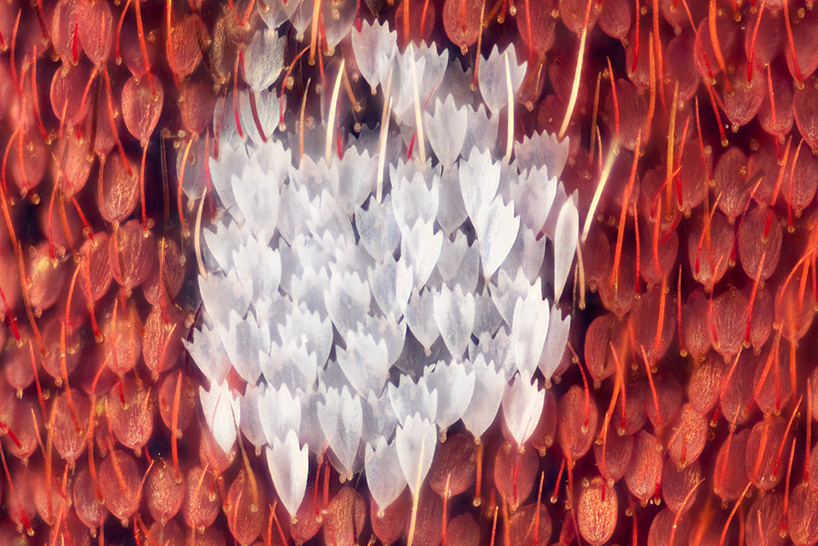 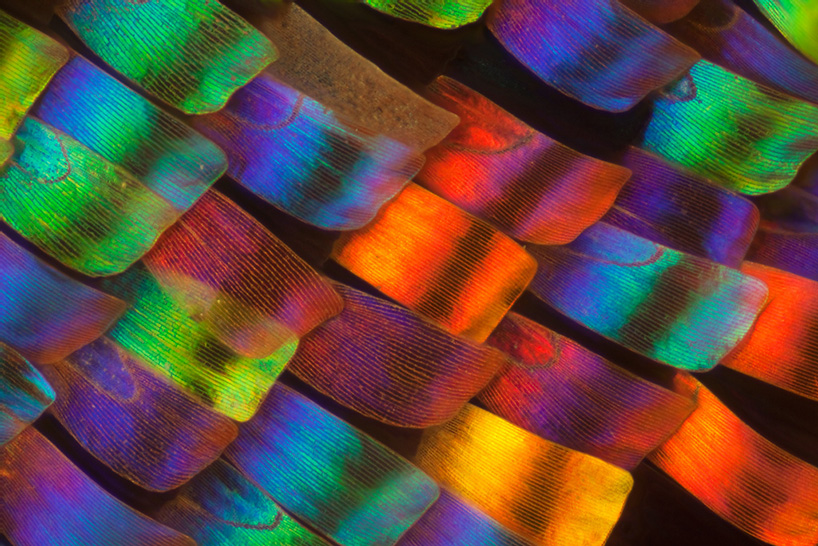 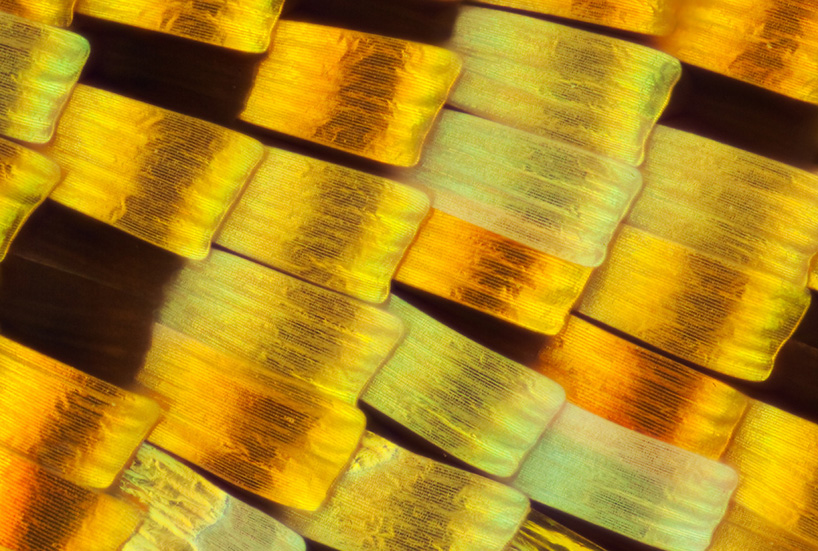 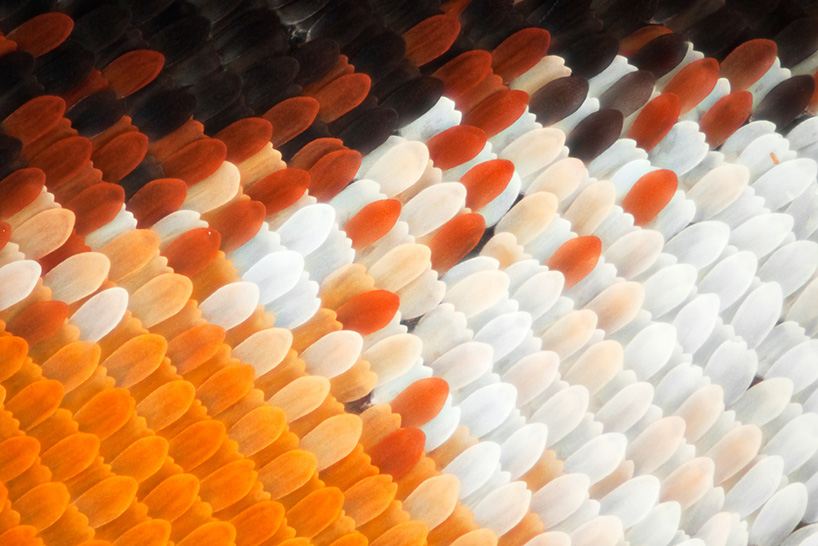 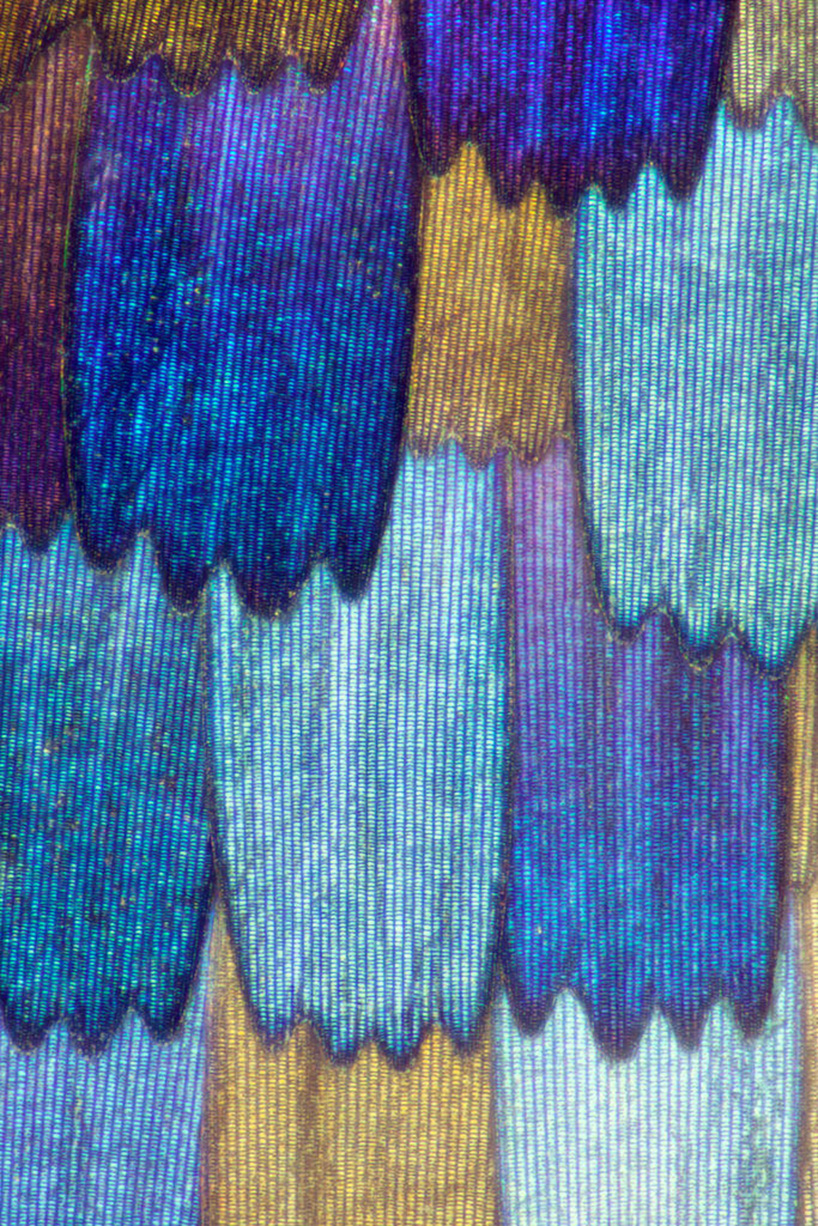 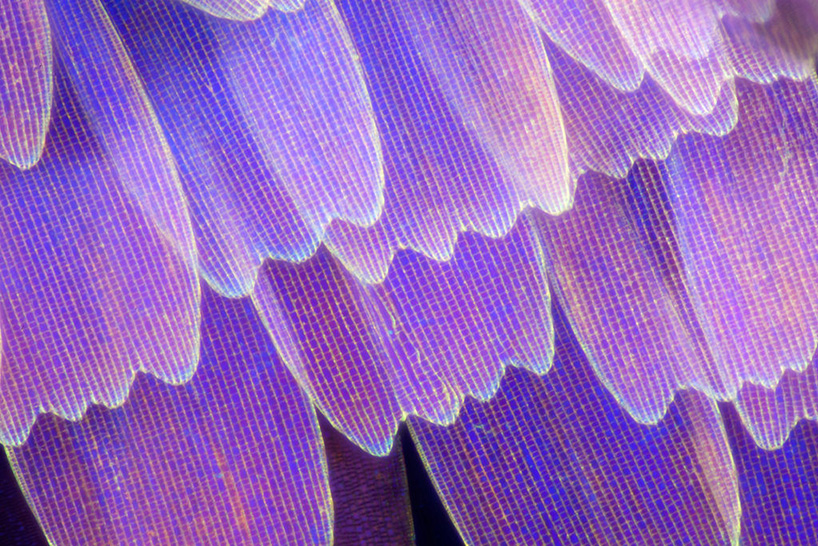 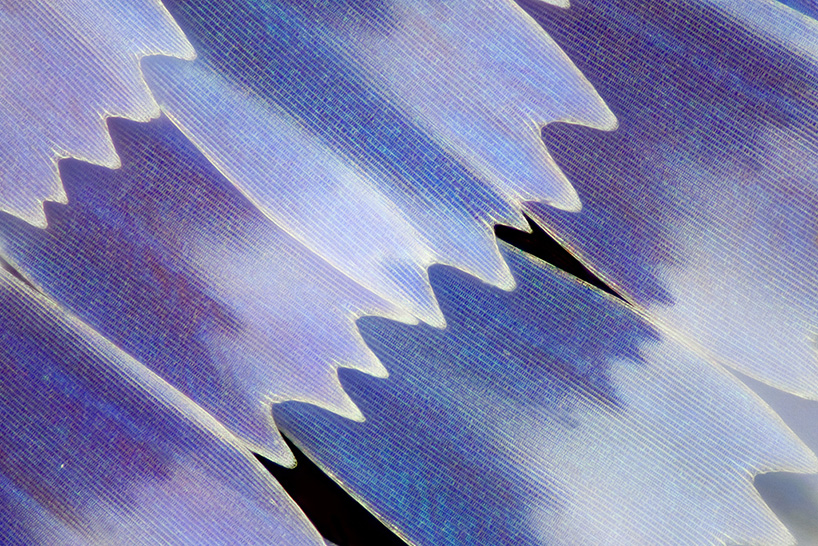 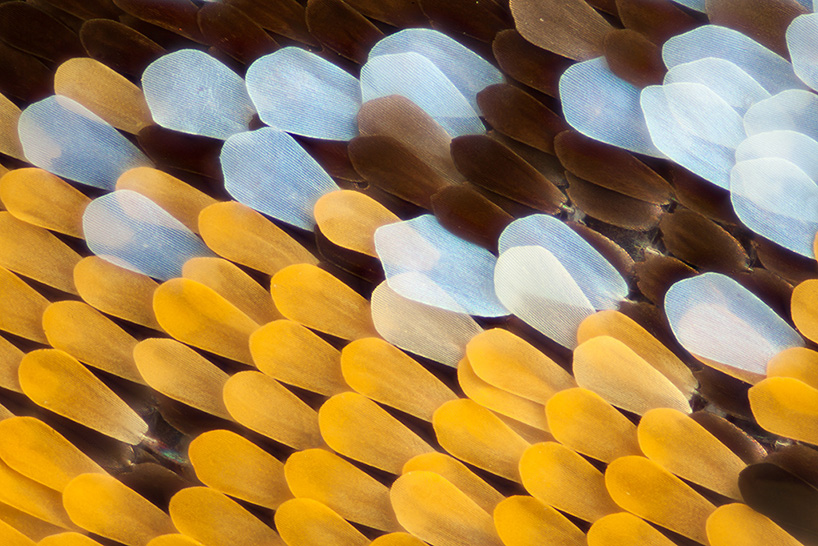 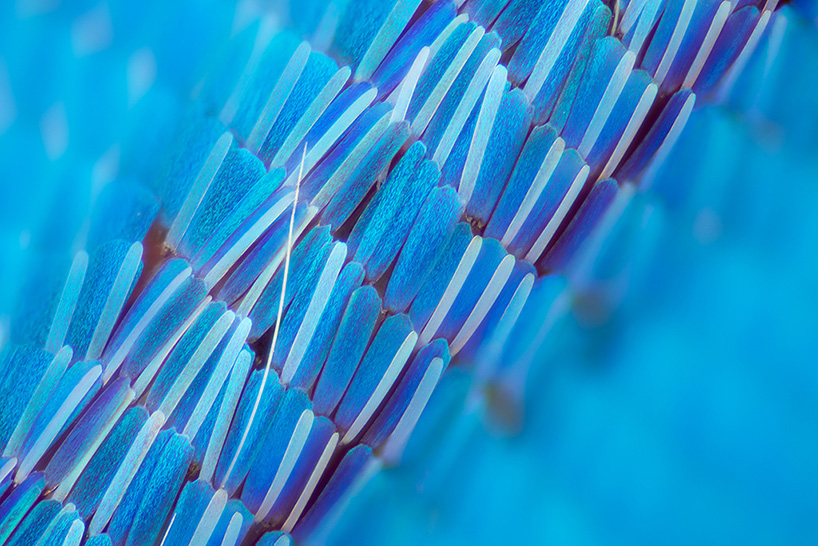 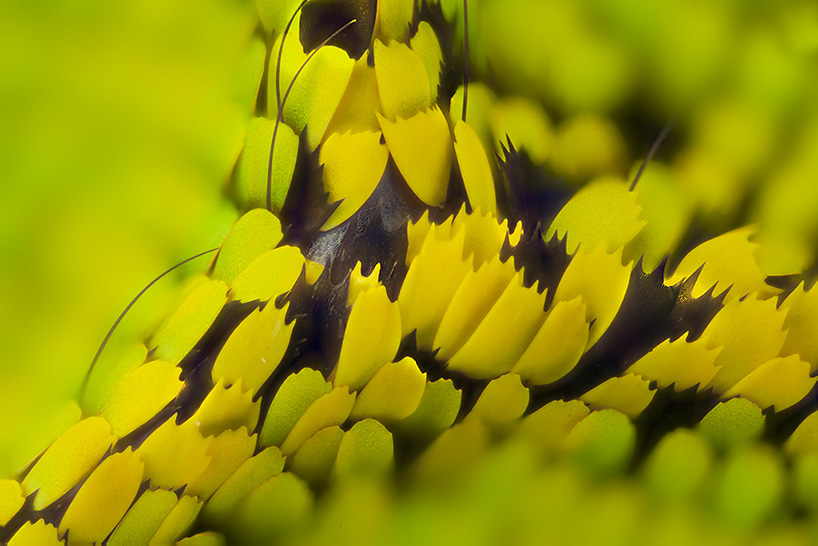 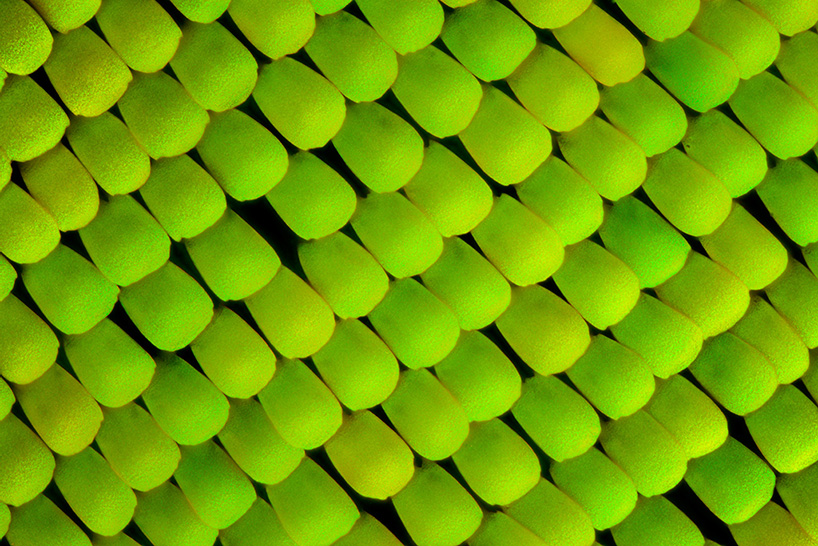 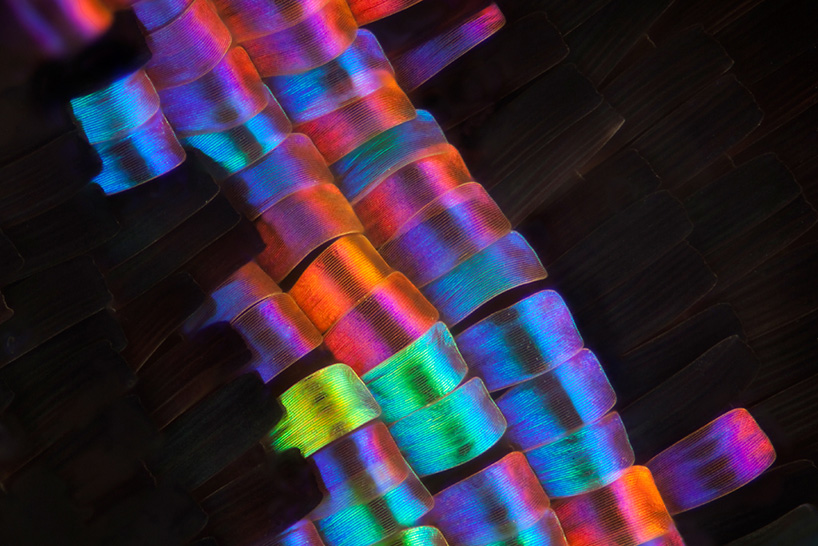