french artist mademoiselle maurice has expanded her ‘urban origami installations’ to swathe the streets of vietnam, hong kong and france with her ‘vietnam and hong kong installation’ and ‘hexagon rainbow’. the street art of maurice is characterized by folding hundreds of origami forms in a spectrum of vivid colors, which she then applies to city facades and arranges them into different, often geometric, shapes.

the ongoing project began as homage to the symbolic paper crane, which is known not only as an international emblem of peace in japan, but also exists in japanese culture as the ‘legend of the one thousand cranes’: to have a wish realized, one must fold 1000 cranes in paper. folowing the events of the march 11 2011, where the explosion of the nuclear plant of fukushima occurred during the artist’s visit, she decided to research japanese literature and then participate in the tribute to sadako sasaki, a survivor of the hiroshima bomb who started acting upon the famous ‘legend of the the one thousand cranes’, however died after reaching only 644.

since this time, children from all over japan send these pleated birds to hiroshima, in the memory of sasaki where a memorial place has been created for her. maurice decided to continue this tradition with her own interpretation, bedecking street walls with the pieces as a:

‘tribute to all the victims of the violent actions  in our world. the message is hard, but speaking about in a dark manner wasn’t necessary for me‘.

according to maurice the ‘hong kong installation’ was a comment on the liberty of spirit of the hong kong people, encouraging them to ‘stay as independent as they want’. the vietnamese piece was informed by the star of their national flag, which represents the people: farmers, students, workers, intellectuals and soldiers. ‘hexagon rainbow’ draws from the simplicity of the shape it celebrates, recognized as the bee’s building blocks and considered to be one of the most perfect natural geometric forms. 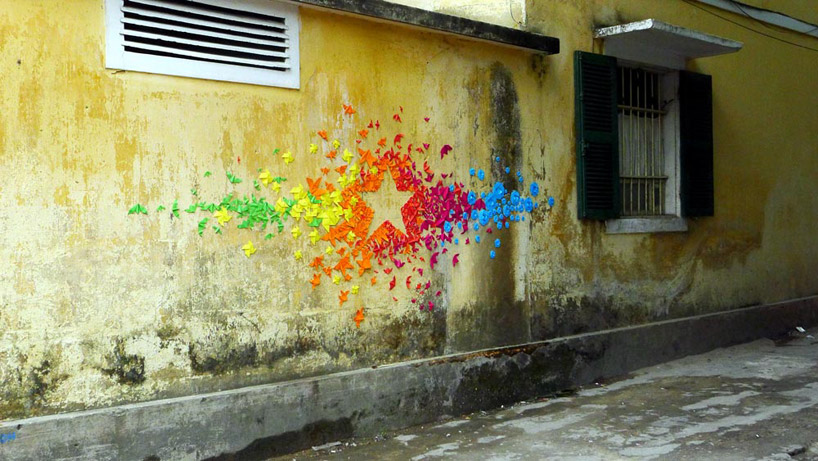 the star shape is informed by the national flag of vietnam 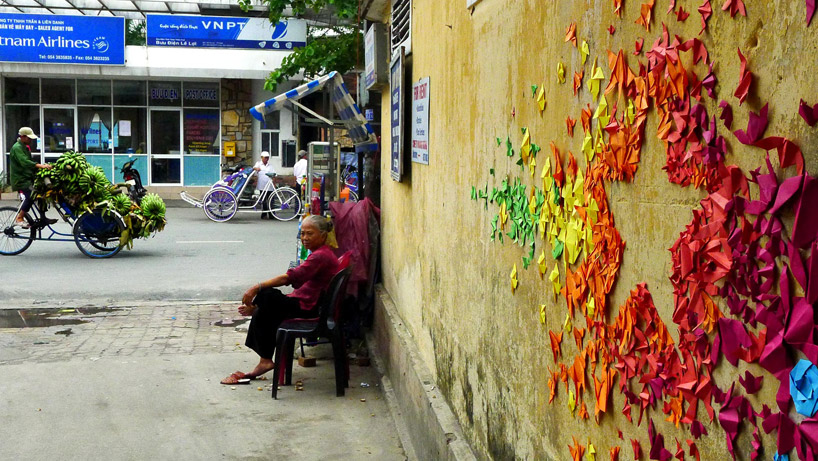 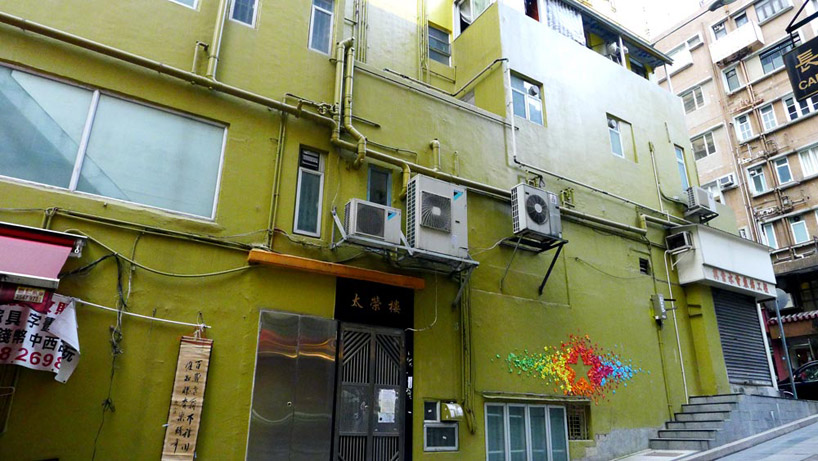 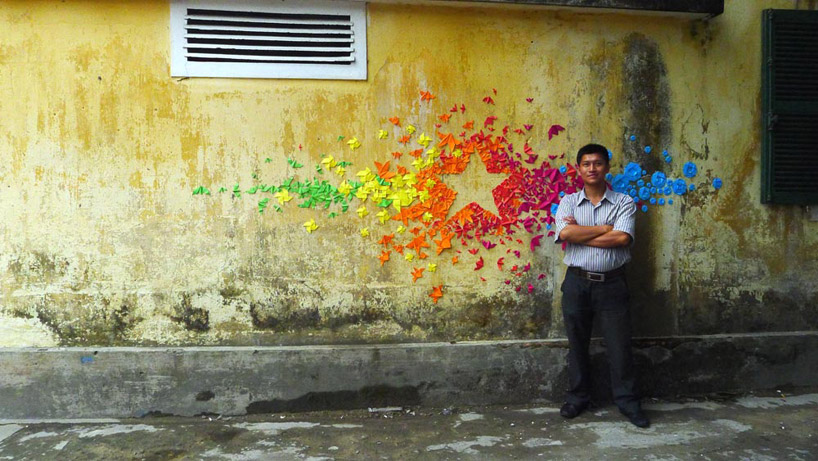 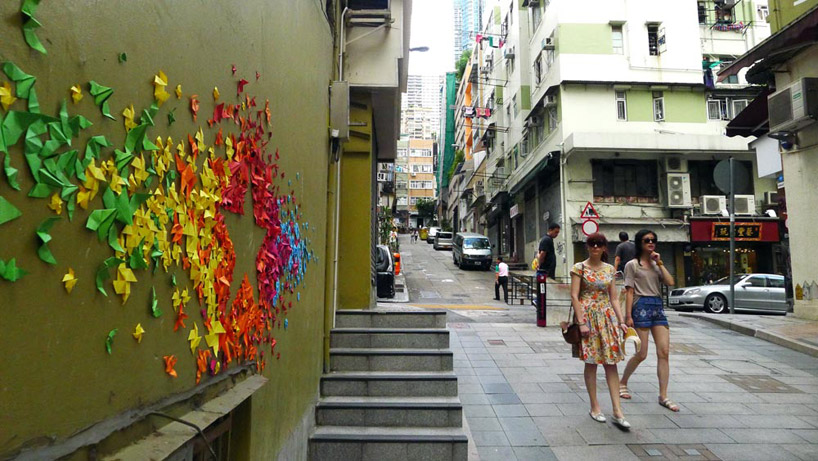 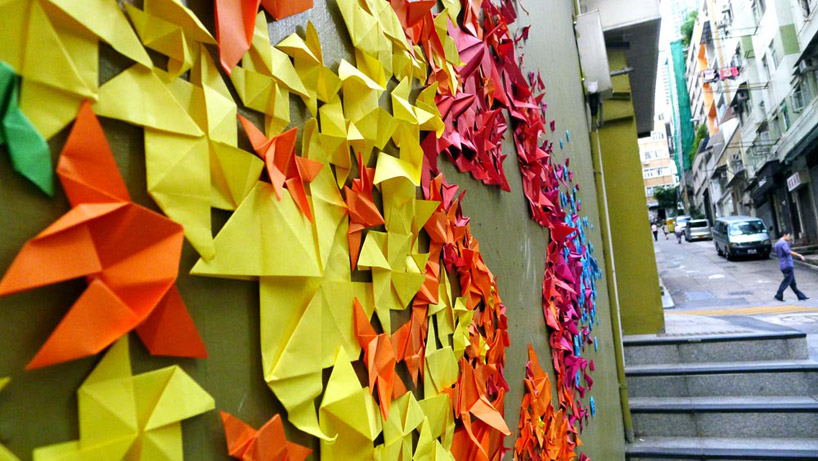 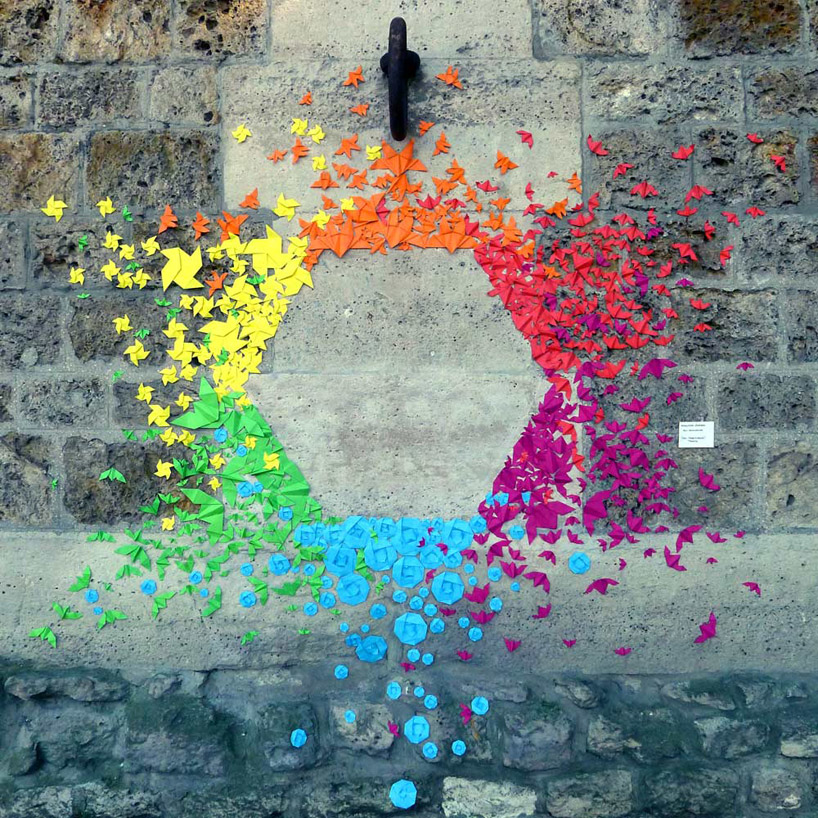 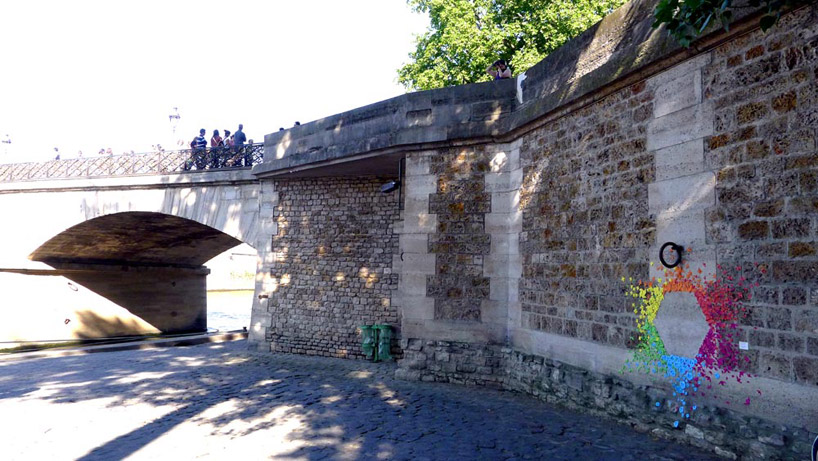 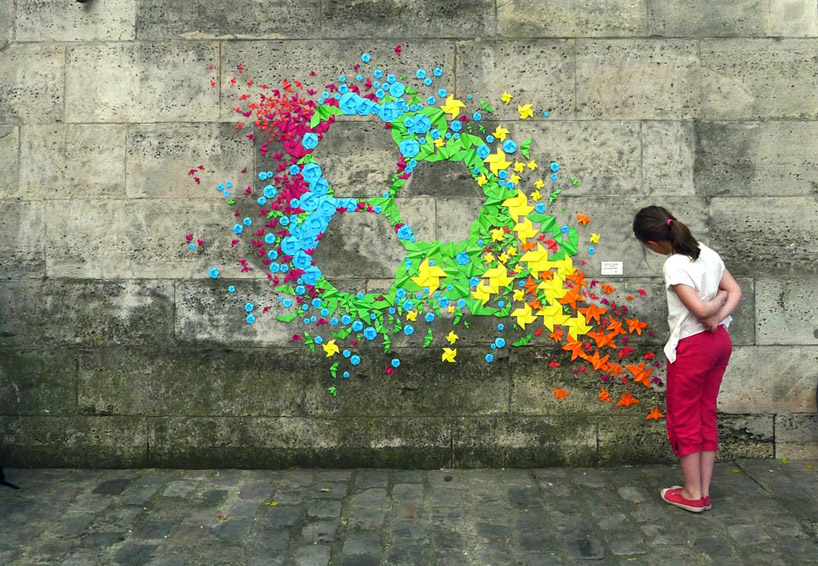