london-based artist marc khachfe fuses science, space, and art in his series of large-scale, map-like images composed of multiple layers of photographs and data. ‘I was blown away by the nighttime images taken of cities at night by the astronauts on the ISS (international space station) and wanted to print out a large poster of the london one for my office, but I found them too blurry and too small to look good good printed out large format’ khachfe explains. sourcing open map data, khachfe has composited the visual information with data and layered it with CGI to mimic the glow of streets and buildings. finally, photoshop merges all the layers together and play with colors, brightness and glow augment the reality of each image. the compositions expose where light from each urban scene is most prominent, for example, the famous las vegas strip radiates with an extra intensity. the artistic interpretations are geographically accurate and match the visual characteristics of the real images as closely as possible. 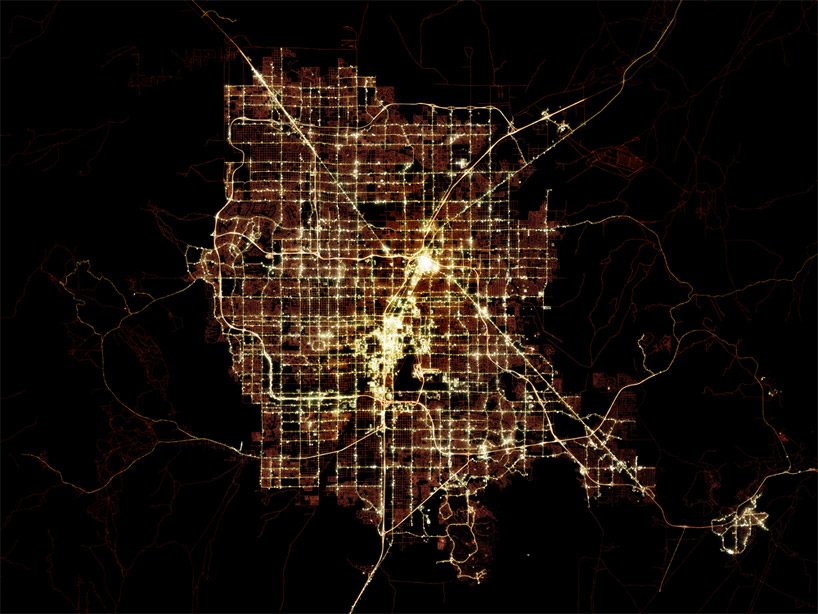 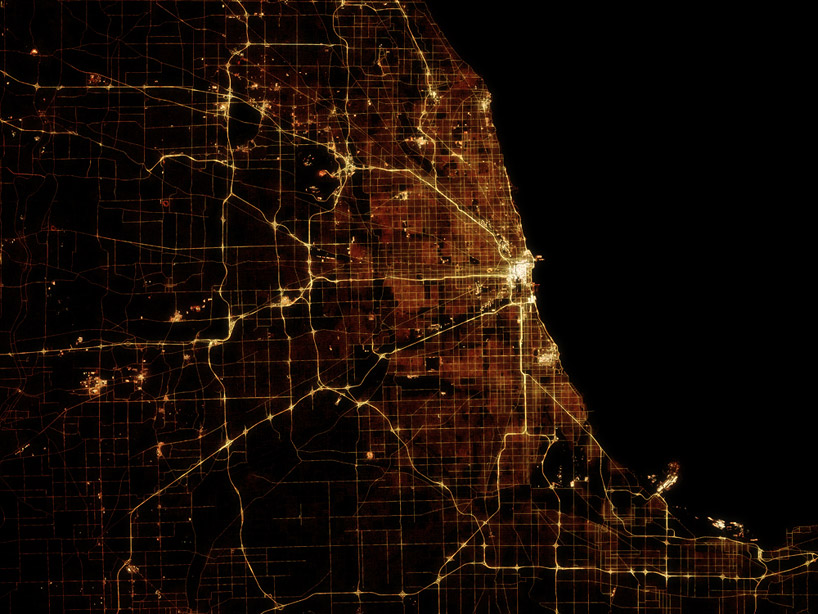 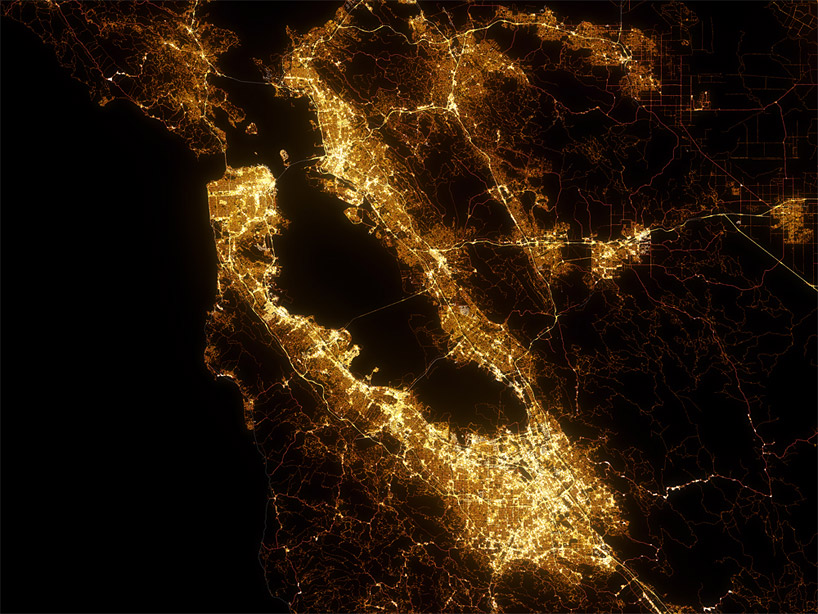 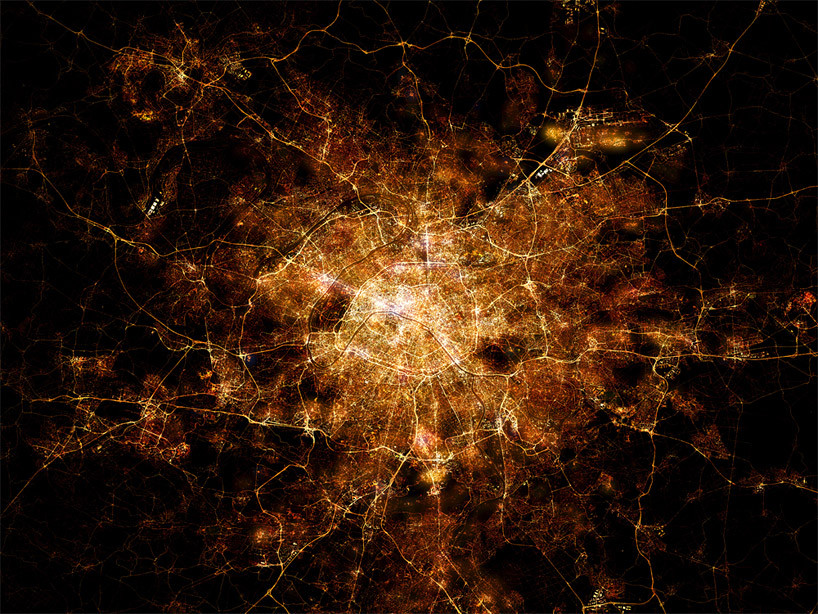 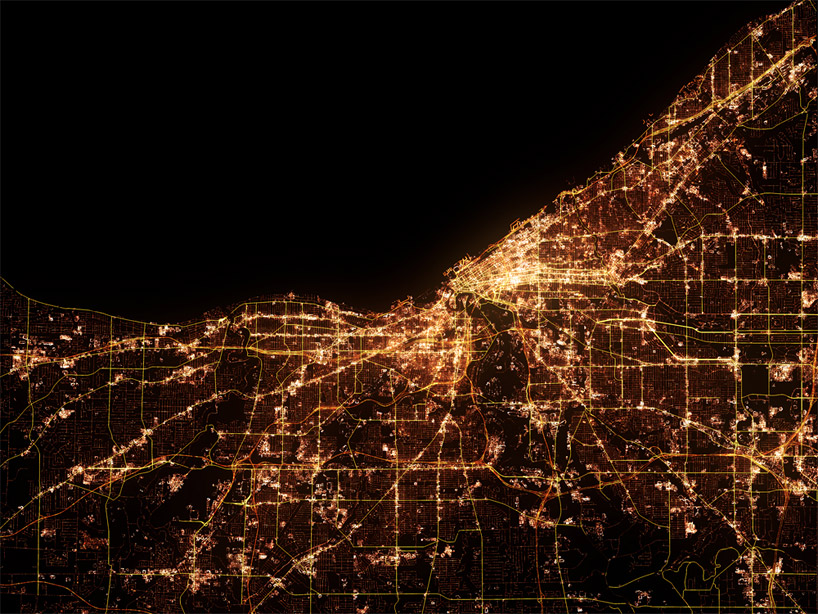 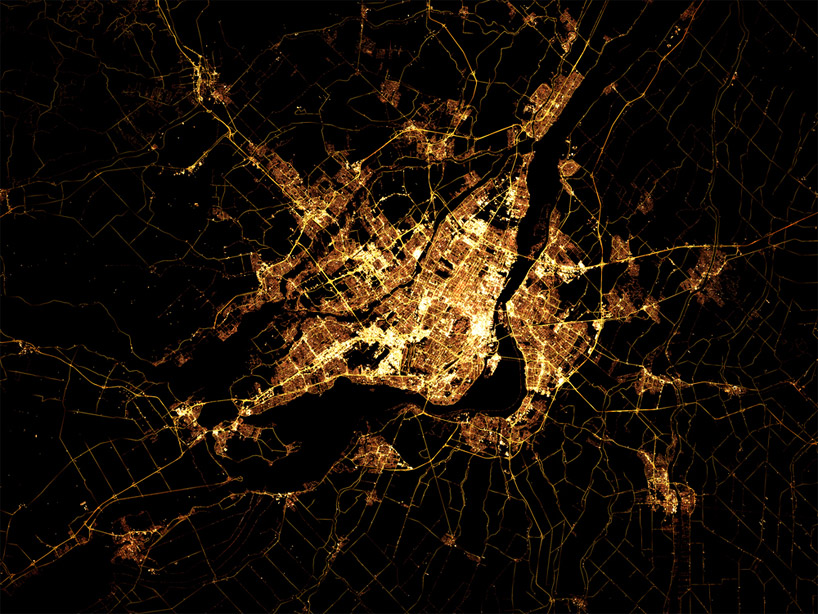 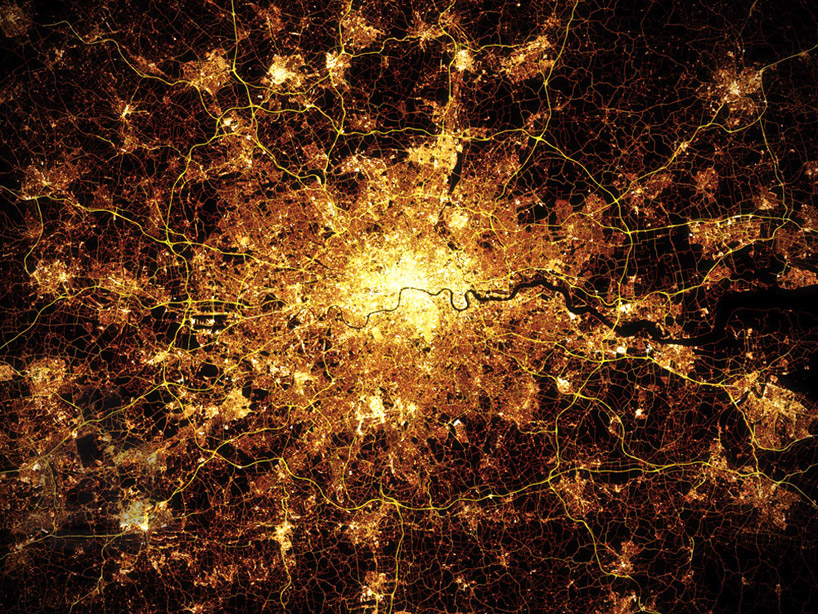 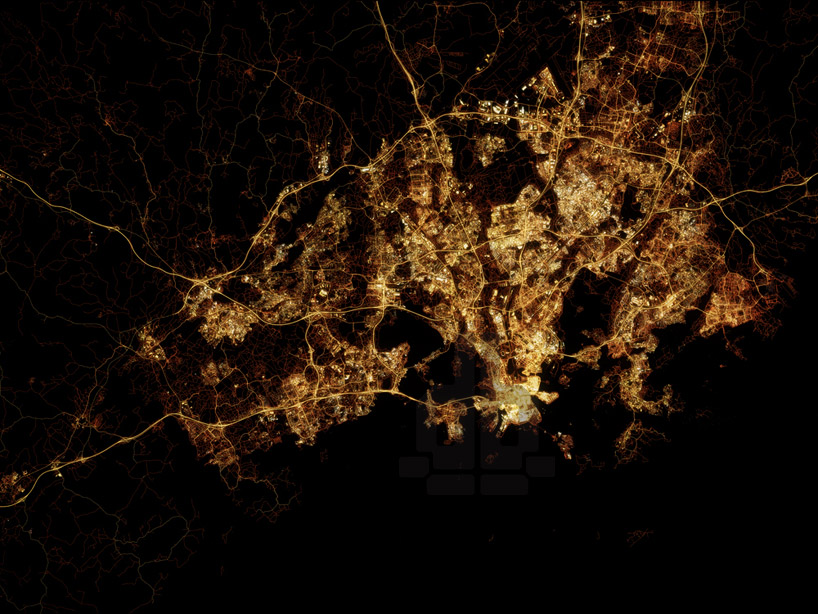 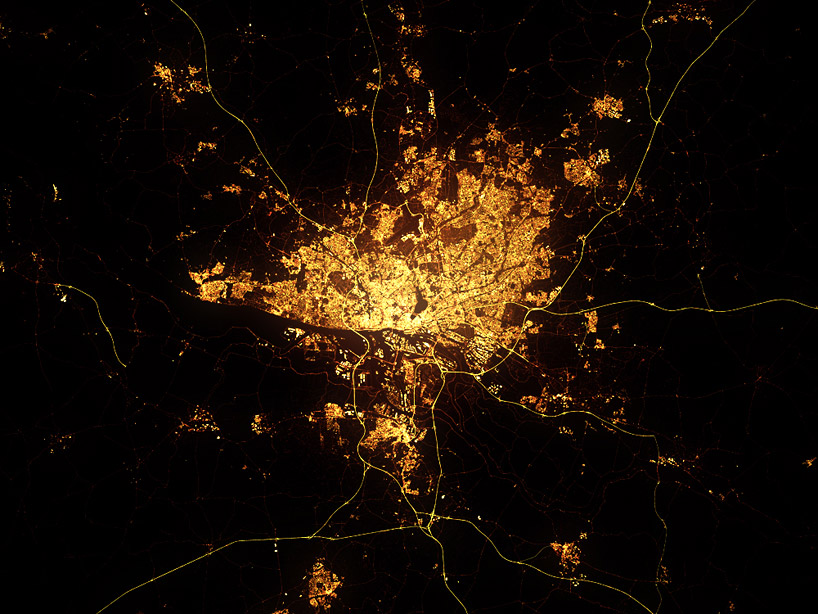 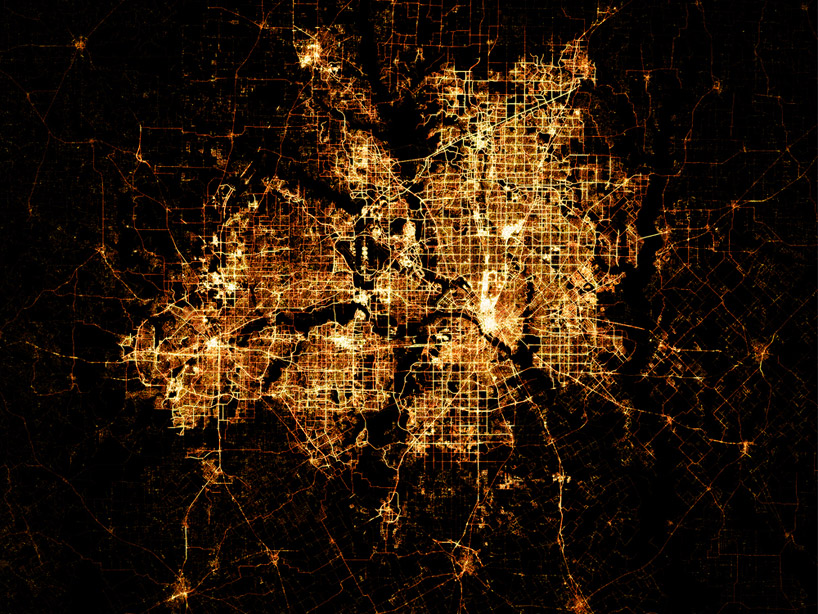 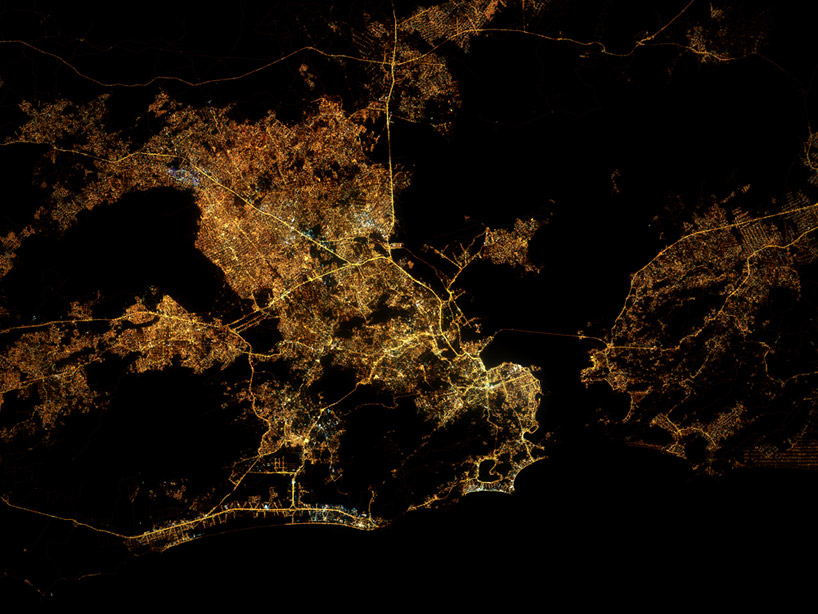