a nail sculpture by marcus levine

the sculptural works of british artist marcus levine enact a physical pointillism, each composed of thousands of nails hammered into wood panels. all works are completed freehand without any sketches or tracing onto the boards. 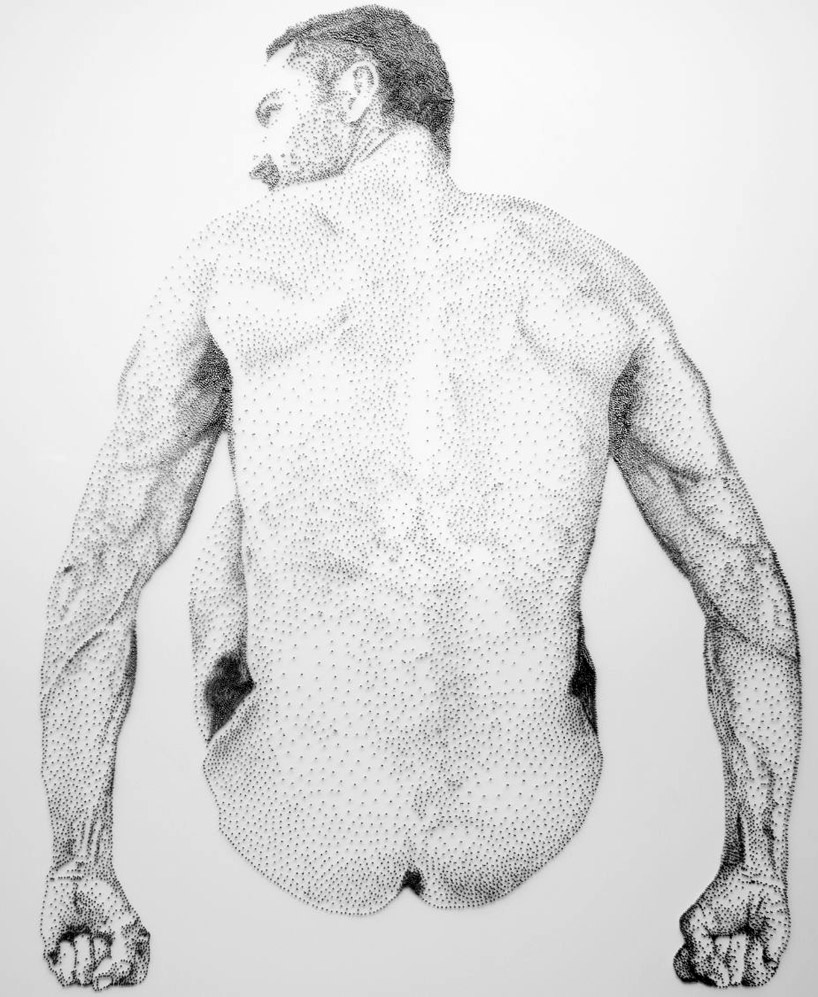 levine originally began with abstract works, but became interested in ‘the interplay between the rigid, angular nails and the soft curves of the human torso’. a recent return to non-representational pieces has allowed him to use larger, clout nails instead of 20mm cabinet nails, adding depth to the sculptures.

because of their fundamentally three-dimensional nature, light plays an important role in the display and viewing of the works. ‘from morning sun to evening sun,’ levine explains, ‘the shadows across the sculptures change and affect the contrast, and by altering artificial lighting, the sculptures can appear as light as a pencil sketch or as dark as a charcoal drawing.’ tonality in the images is effected through the height at which he drives the nail into the board, as well as the orientation of the nail head. 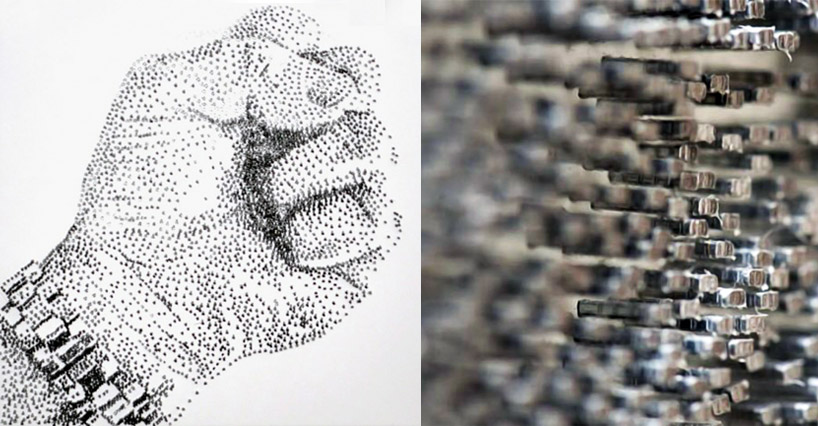 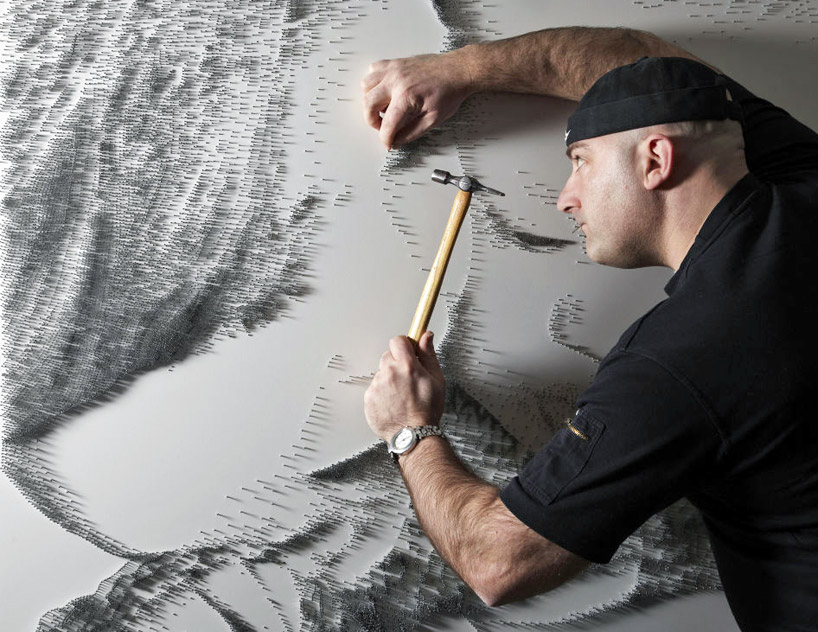 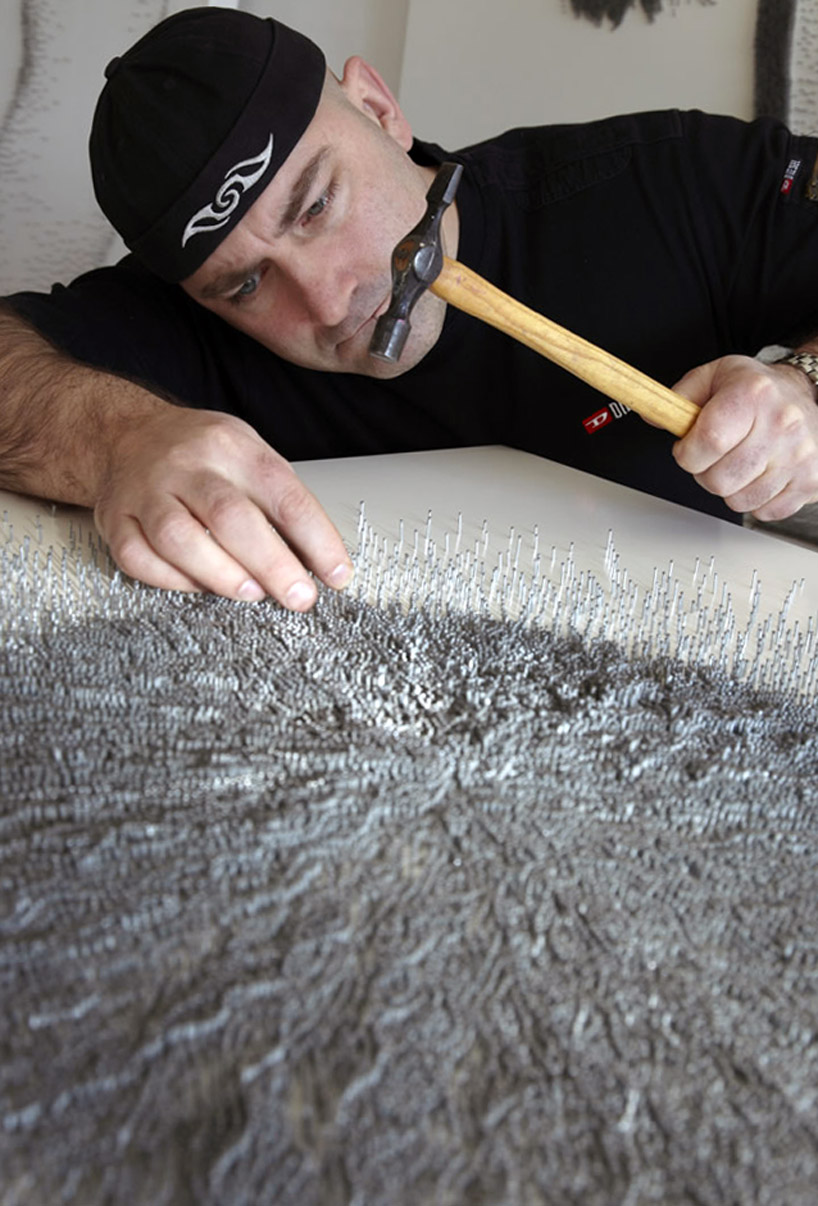 levine completes the pieces without any presketches or tracing

time lapse slideshow of the creation of ‘fourth study of tomas’, taken over a period of three weeks and involving 26,600 nails