maria svarbova, a photographer currently living in slovakia, continues to grow her ongoing photo series, which she began in 2014. the artist has developed a distinct, visual approach to photographing the swimming pool environment — enhanced by her fascination with the sterile and stark geometries of the space. the figures relay this message, frozen in a moment while performing an action that is usually quite active. they become a part of their surroundings — highly controlled and lacking any sense of each figures’ individual personalities or emotions. 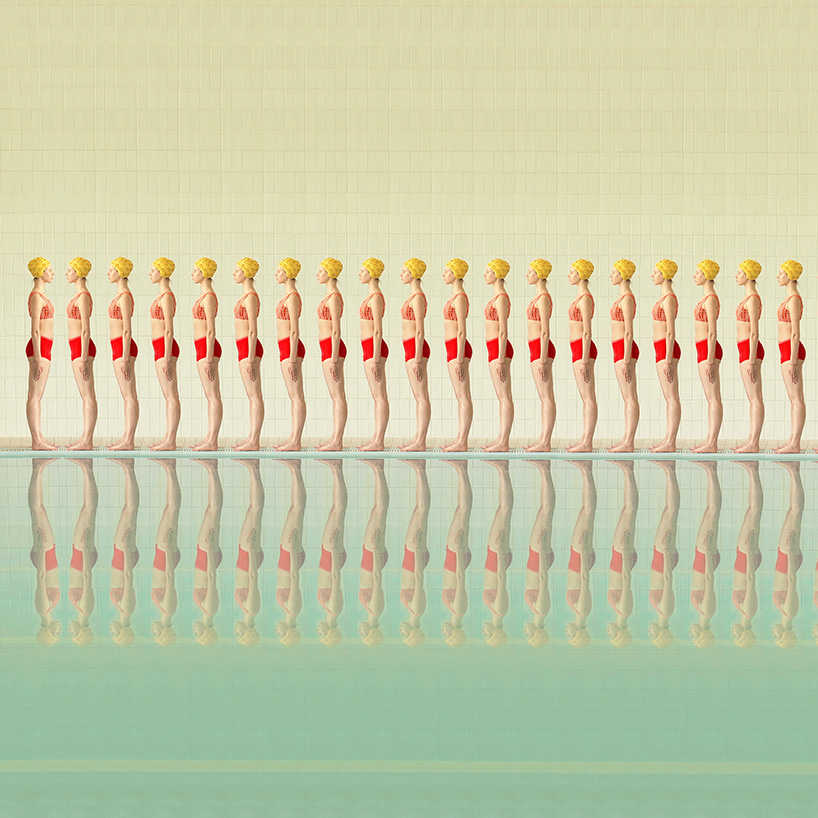 the artist describes the series as having a sense of ‘artificial detachment’ with some images containing vibrant red and blue pigments, while other’s embrace a yellowish haze, which is further emphasized by the reflections captured on the water’s surface. svarbova continues, ‘despite the retro setting, the pictures somehow evoke a futuristic feeling as well, as if they were taken somewhere completely alien.’ the moment is frozen, allowing the viewer to focus on the series’ sense of visual satisfaction — enhanced by the symmetry of the compositions and the scenes’ ethereal tranquility. 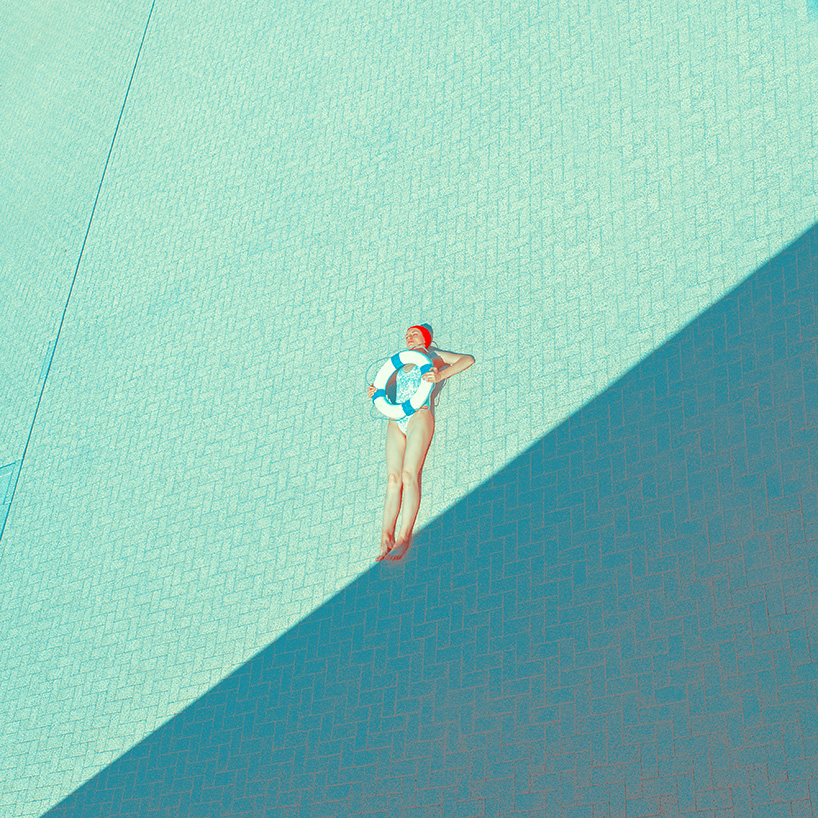 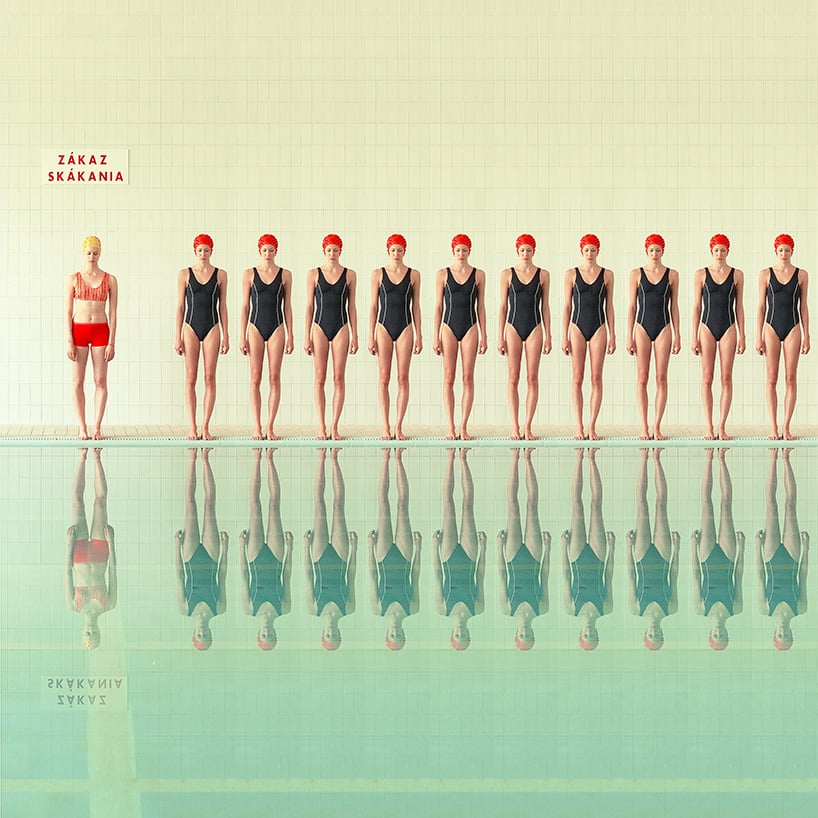 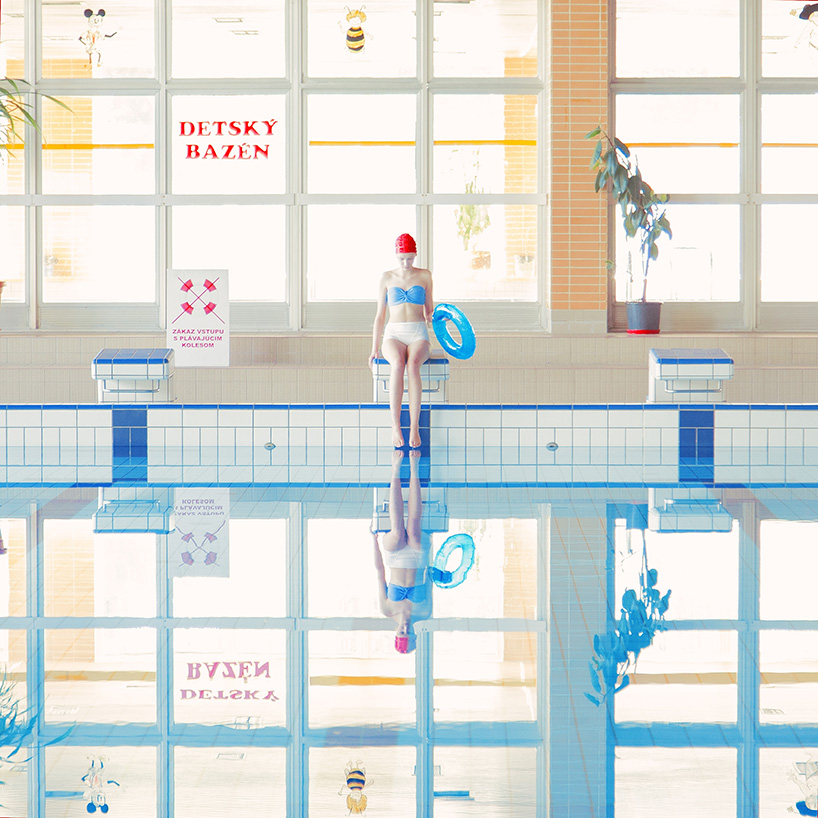 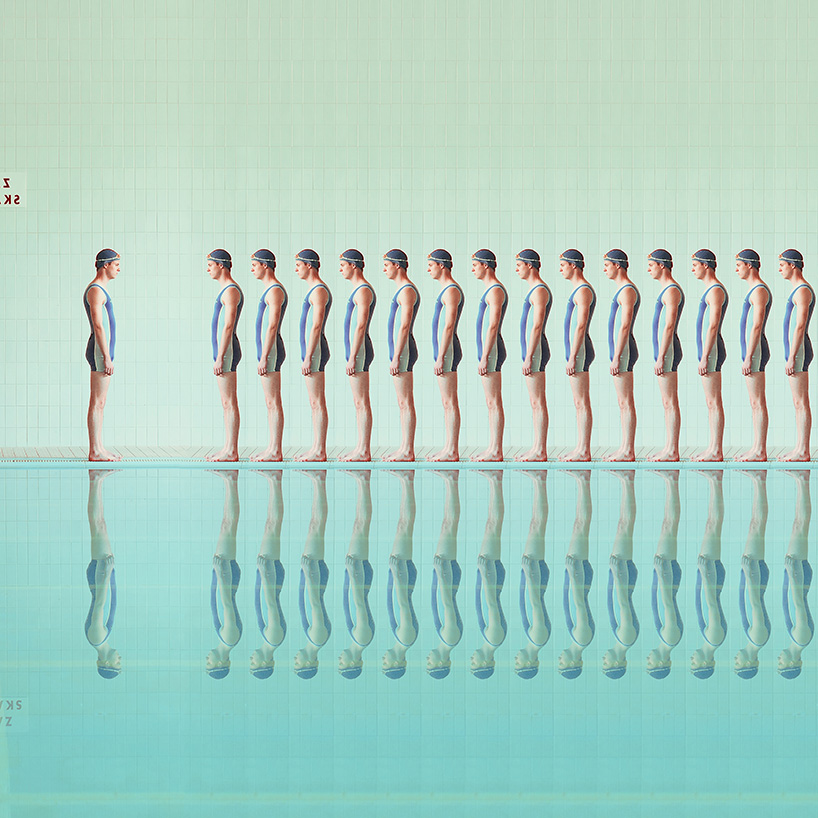 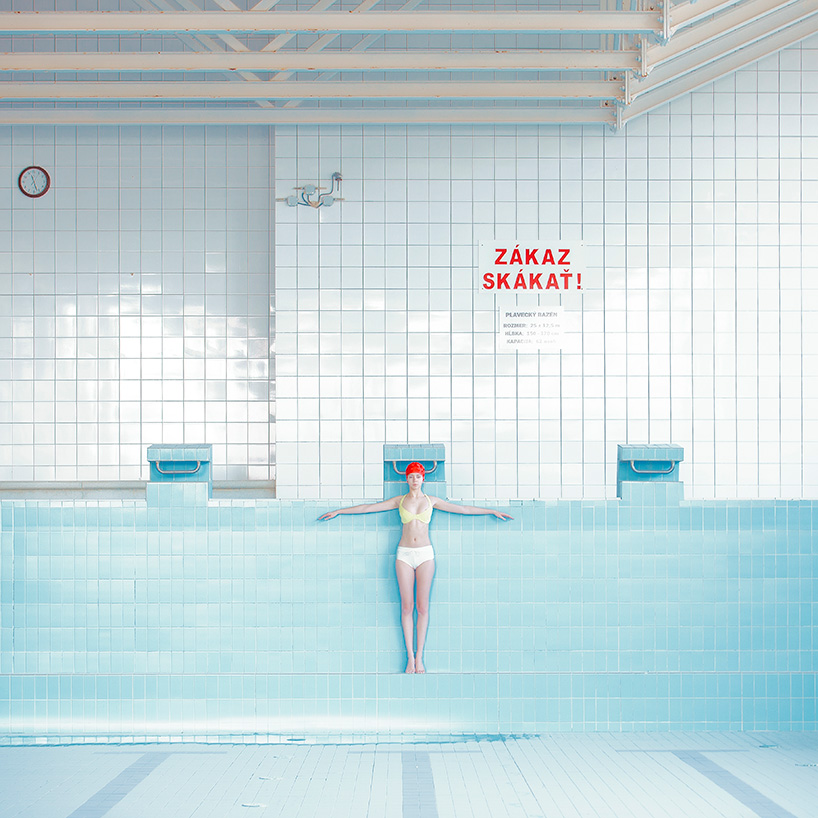 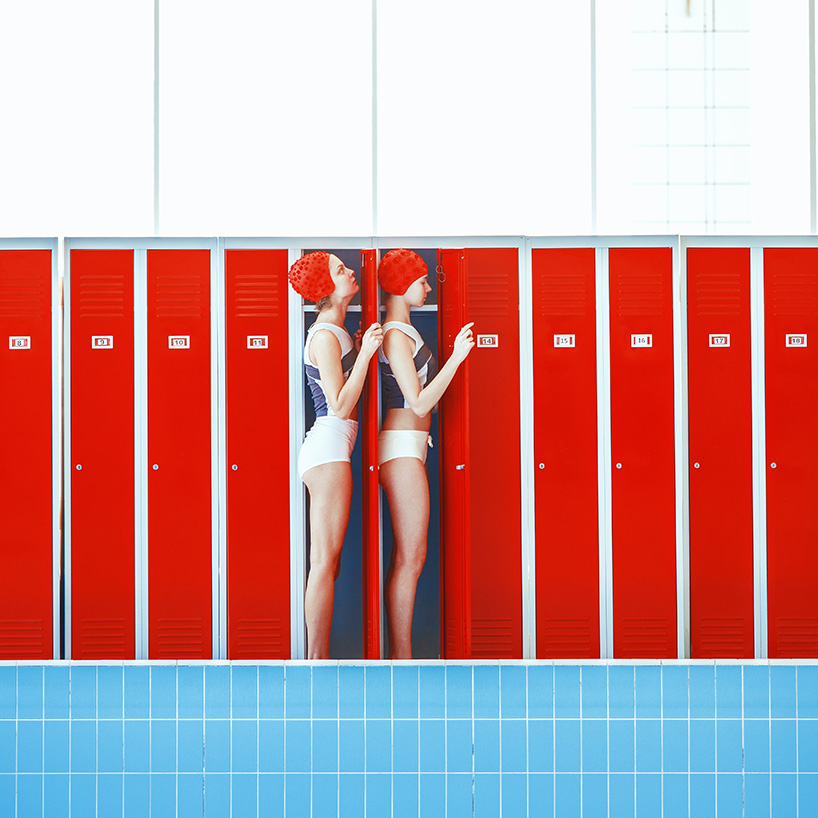 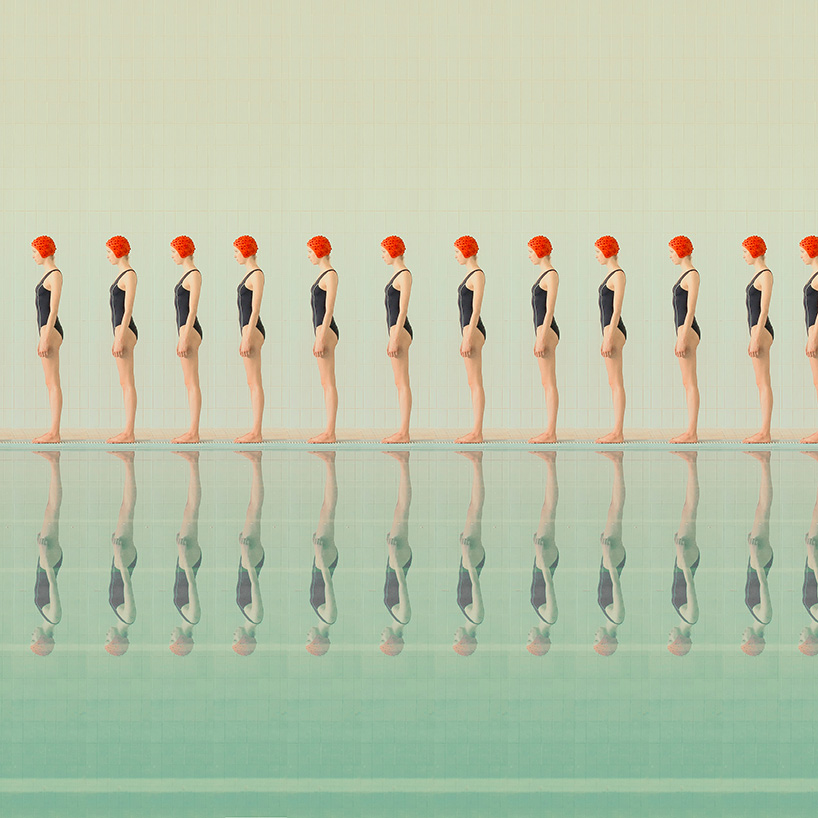 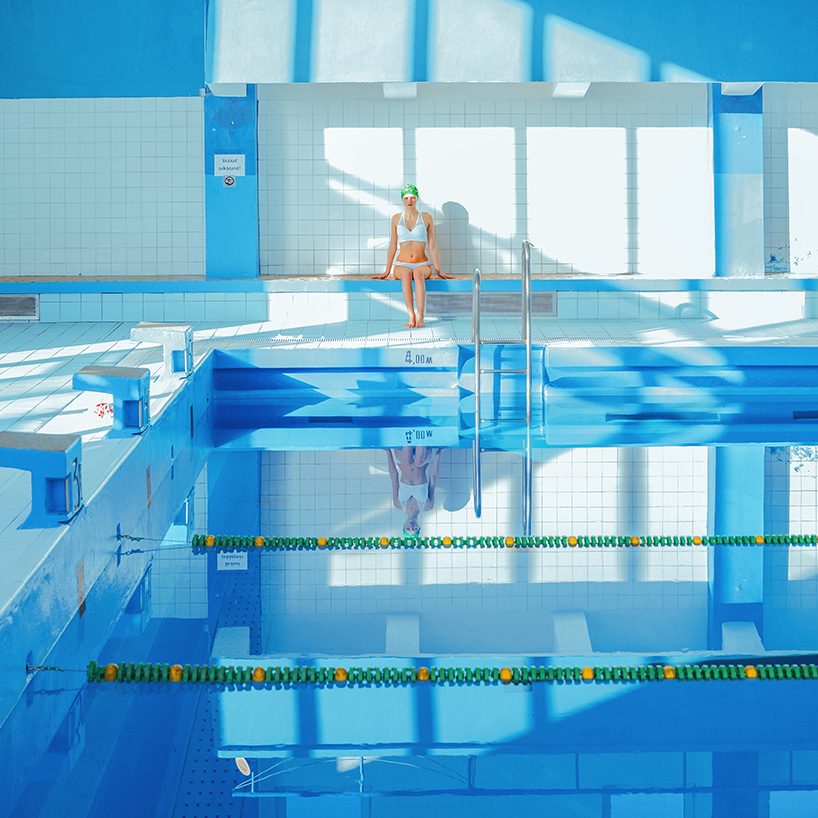 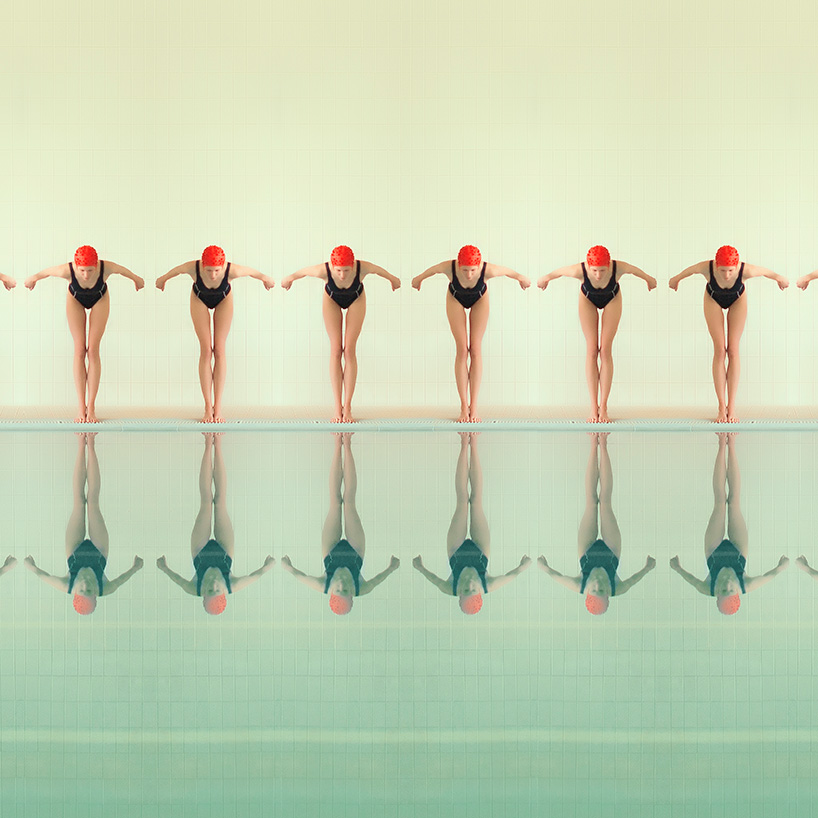 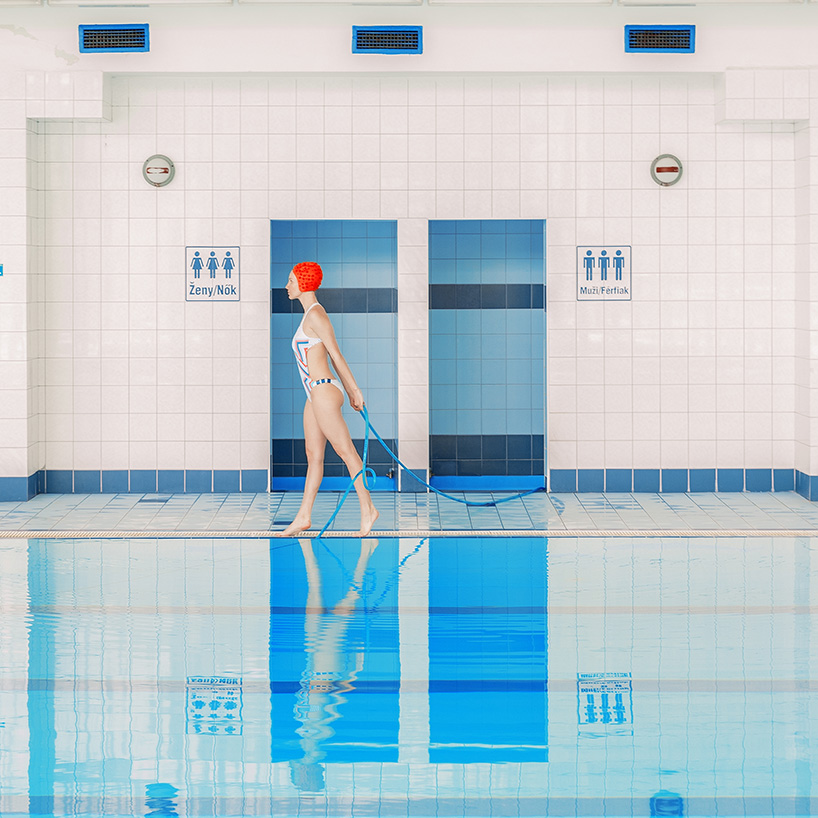 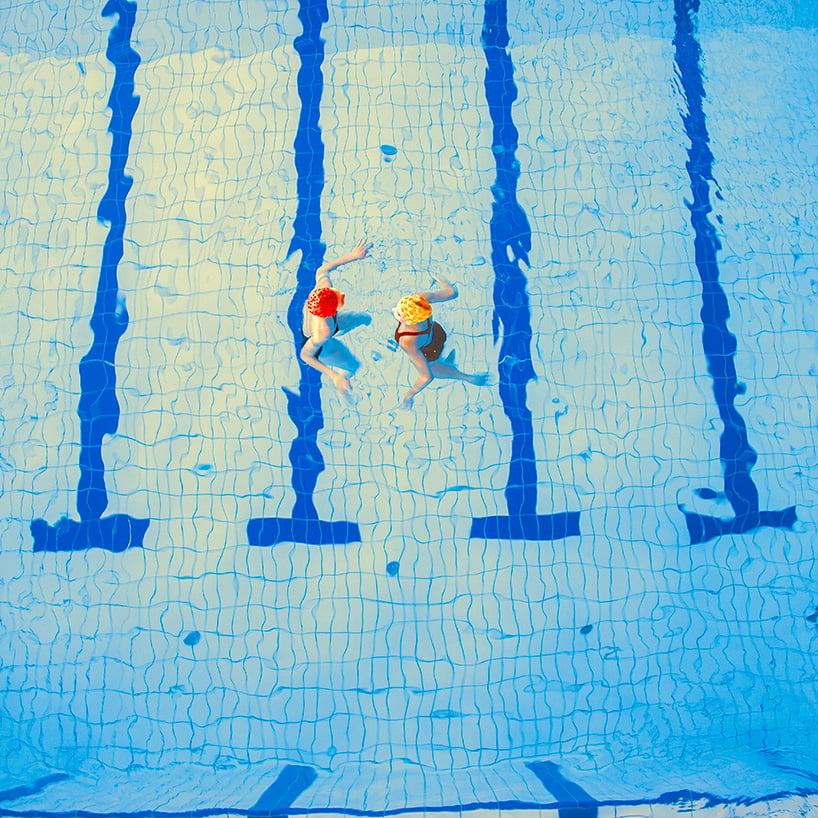 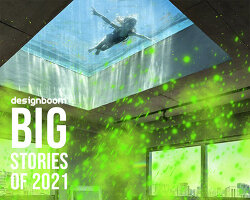